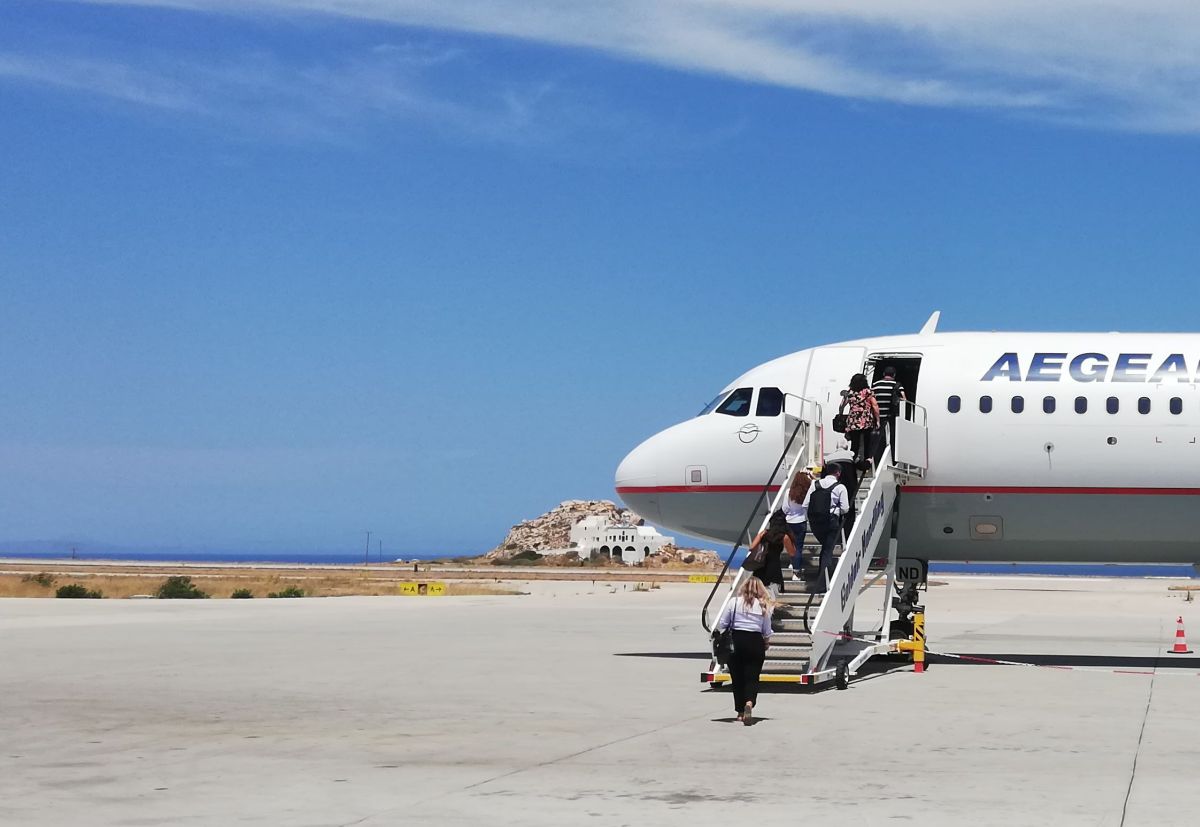 Passenger traffic at Greece’s 14 regional airports managed by Fraport set a record this year during the first 11 months of the year. 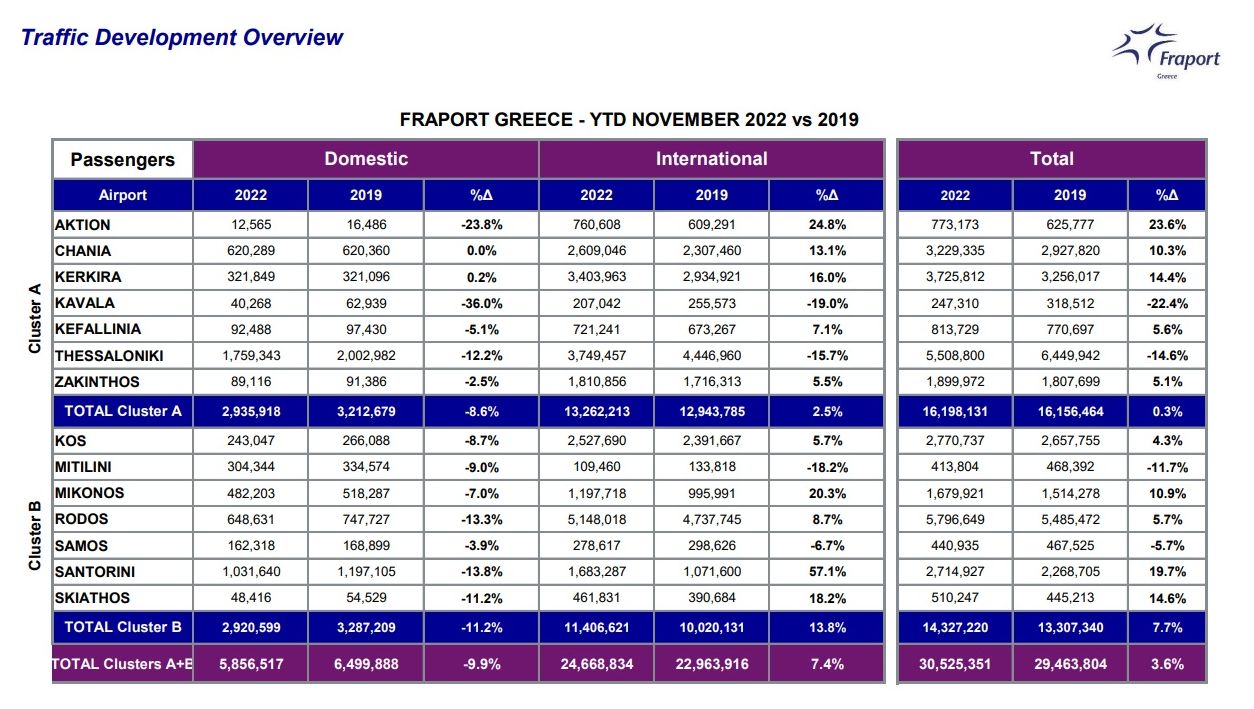 On the contrary, passenger traffic during January-November at Thessaloniki’s airport decreased with 5.5 million passengers handled – a 14.5 percent drop compared to the corresponding period of 2019.

Also, the number of passengers handled at the airports of Kavala , Mytilini and Samos was down compared to the first 11 months of 2019 by -22.4 percent, -11.7 percent and -5.7 percent respectively.

Turning to the airports’ performance in a single month, the data showed that in November passenger traffic was down by 4.5 percent with a total of 694,840 travelers compared to the corresponding month of 2019. 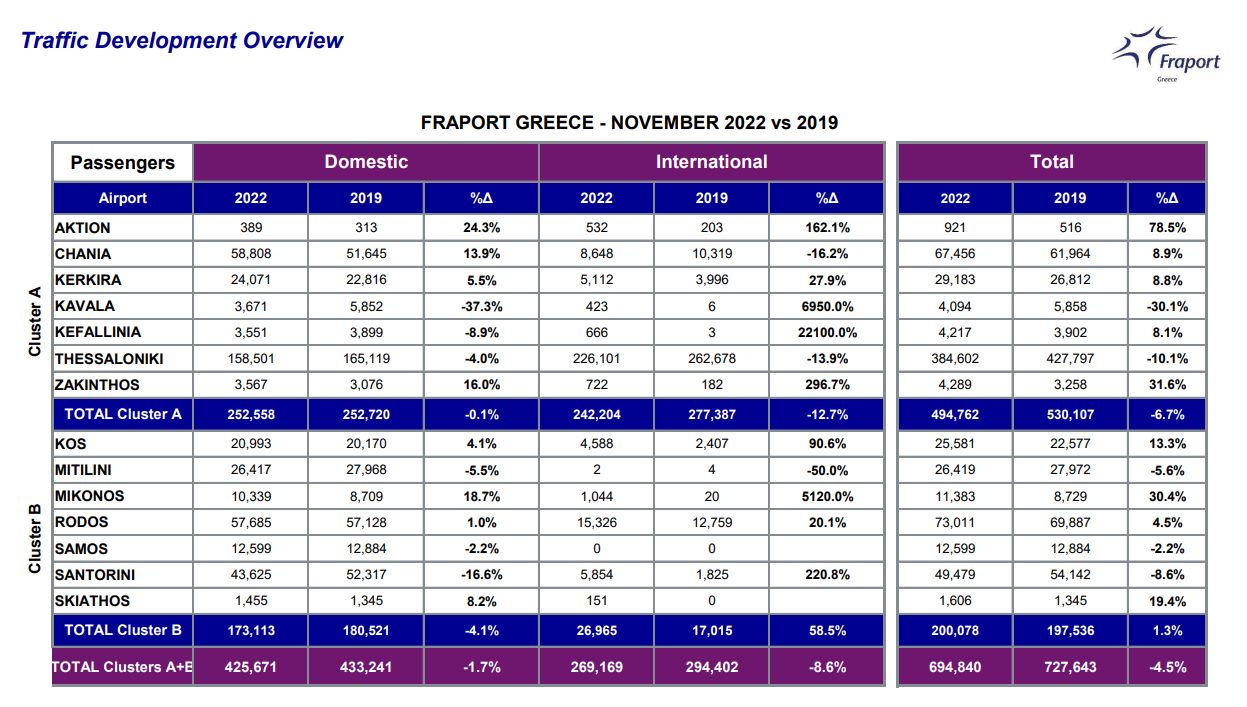 However, the number of flights at the region’s 14 largest airports, which stood at 7,338, was up 0.8 percent in November compared to the same month in 2019.

With regard to the nationality of travelers that passed through the 14 regional airports, the Germans, Cypriots and British stood out followed by the Italians and Austrians.

According to data from the European Organization for Aviation Safety (Eurocontrol), Greece was the only country among the Top 10 states that registered an increase (1 percent) in traffic from the beginning of the year until December 6 compared to the same period in 2019. The UK, which was the busiest state in the network in terms of daily flights, saw a 20 percent drop compared to 2019, with France following at -25 percent and Spain at -9 percent.