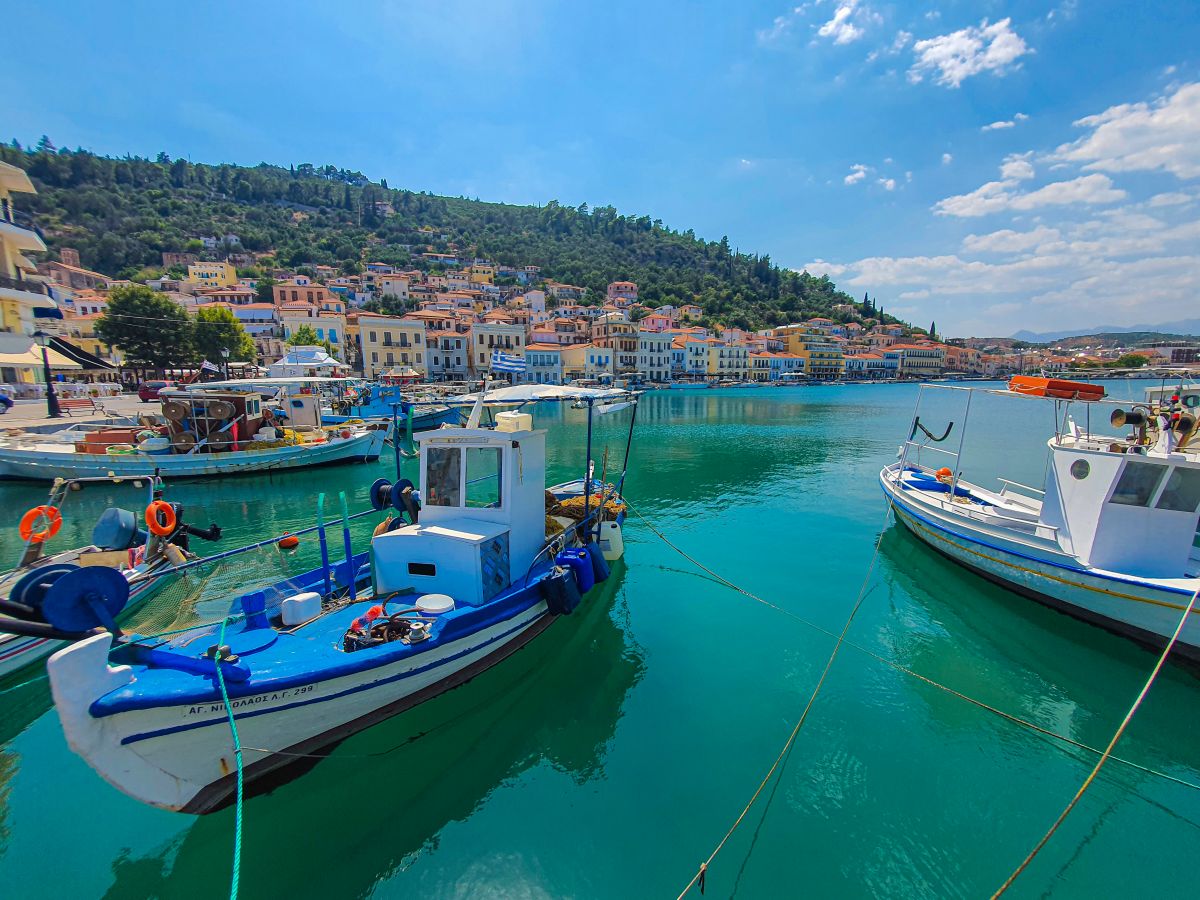 Greece is among the most mentioned countries in the western part of Europe that European and American consumers are open to visit in 2023, according to research by the European Travel Commission (ETC).

In its market study on “Exploring Consumer Travel Attitudes and Expectations to Drive Tourism Recovery”, the ETC includes in-depth interviews with consumers from European markets (France, Germany, Italy, the Netherlands and the United Kingdom) and long-haul markets (Australia and the United States).

This study comprises the second part of a two-phased research. While the first phase analysed consumers’ travel behaviour prior to the summer of 2022, the ETC’s second study explores post-summer experiences and tourists’ short and long-term expectations.

Of all interviewees, 94 percent are satisfied or very satisfied with their European holiday in the summer of 2022.

Looking at the destinations the interviewees visited during the summer of 2022, Italy was the most popular, followed by Spain, France, and Greece. 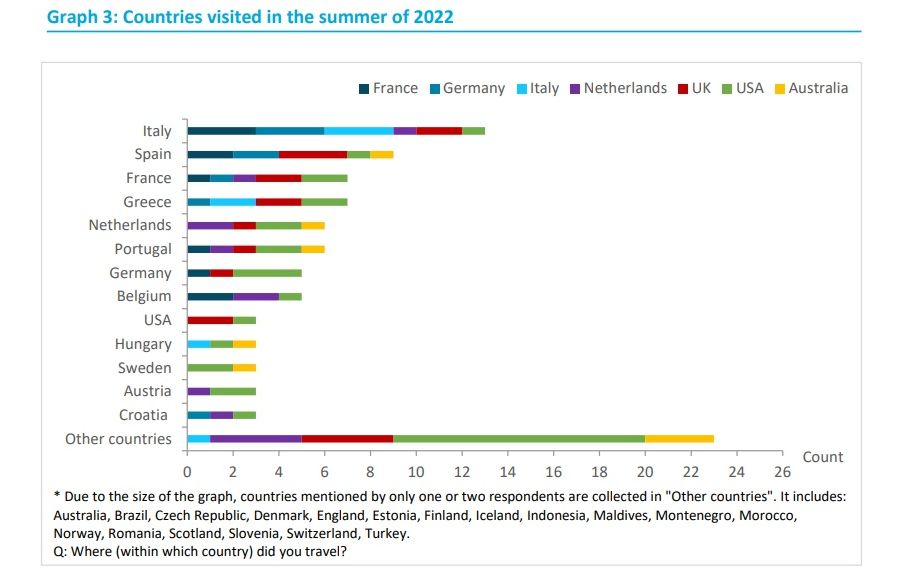 According to the interviewees, the Mediterranean countries generally were very popular destinations to visit. This summer’s popularity of the Mediterranean countries coincides with the results of the 12th wave of research on “Monitoring Sentiment for Domestic and Intra-European Travel”, which saw Spain, France, Italy, Greece and Croatia as the Top 5 most popular destinations.

Greece among destinations interviewees most likely to visit in 2023

For travel in 2023, based on the perceptions about Europe, most interviewees are open to the western part of Europe, where Germany, Portugal, France, Greece, Italy, the Netherlands and Spain are the most mentioned countries, the ETC’s research shows.

Specifically for Greece, interviewees from Germany, Italy, the UK and the US said they are open to visiting the country in 2023. 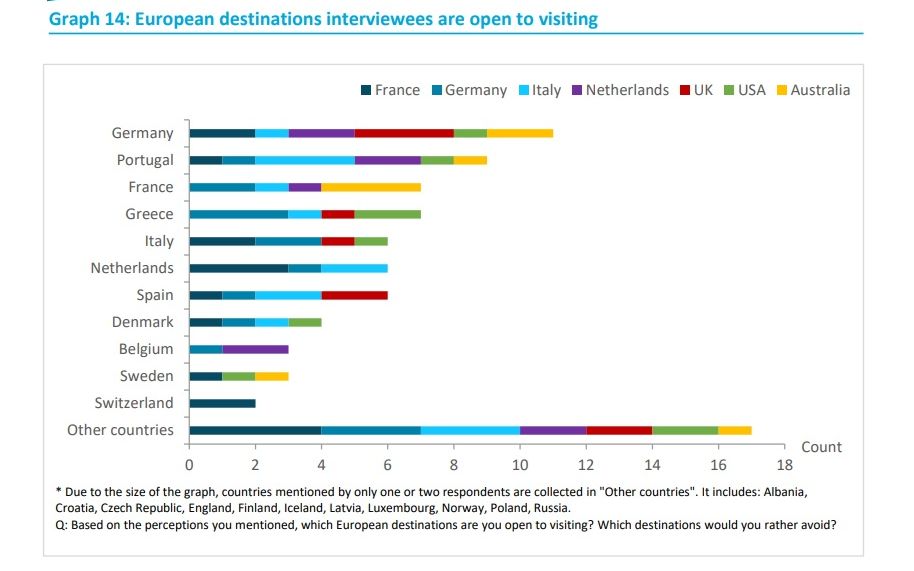 Perceptions of Europe for travel are positive

The vast majority of interviewees (91 percent) have a positive perception of Europe as a tourism destination. Travellers appreciate the region’s cultural diversity, tourist attractions and geographical proximity of destinations. 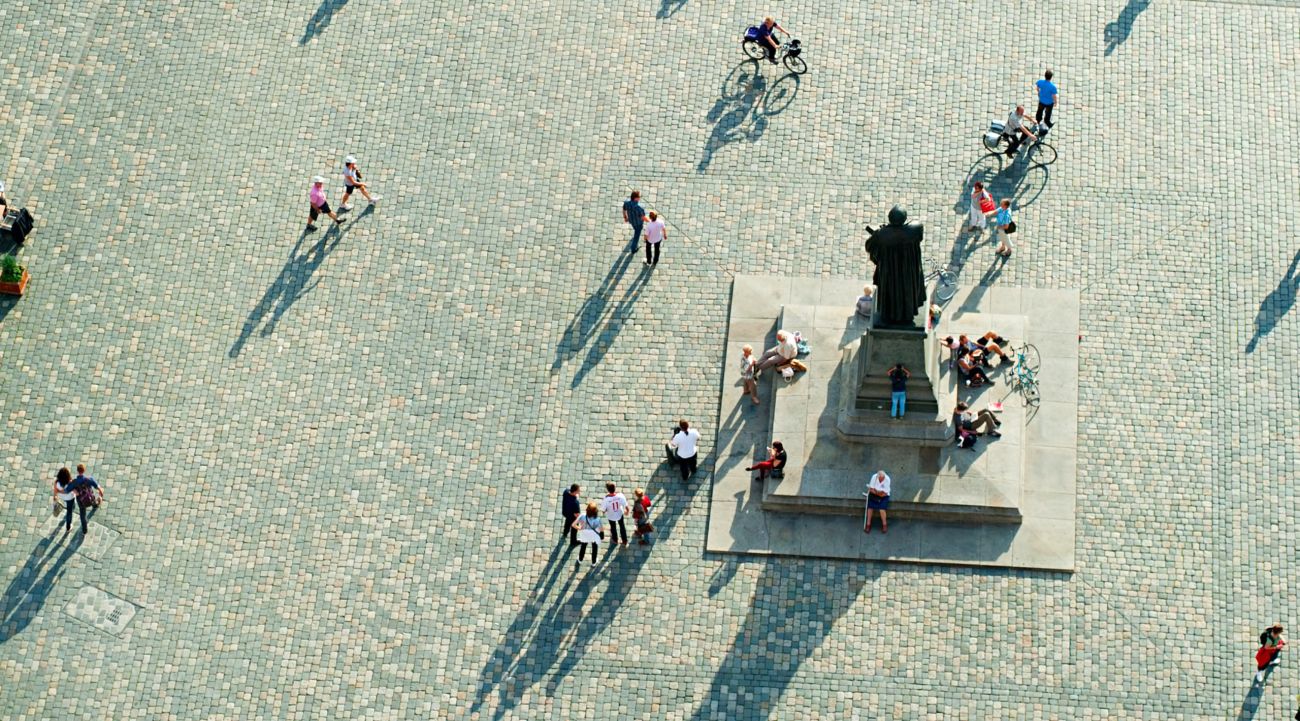 Countries bordering Russia or Ukraine will be avoided

ETC’s research showed that respondents expressed concerns related to the war in Ukraine. Almost 2 in 5 mentioned that they will avoid visiting countries neighbouring the conflict zone. However, the war has not given a negative view of Europe overall. Only seven percent state that they will refrain from travelling to Eastern Europe in general. The respondents agree that Europe generally is a safe destination to visit.

Other key takeaways from the ETC’s research include:

– 54 percent of interviewees said they were affected by labour shortages in summer 2022, but only a few of them feel that their trust in travel providers has been affected

– with 3 in 4 respondents expecting inflation to impact their future travel, consumers are expected to do thorough research before booking their next holidays, reduce trip length, travel during the low season, prioritise their travel budget more wisely and may also decrease their spending, for example on eating out.