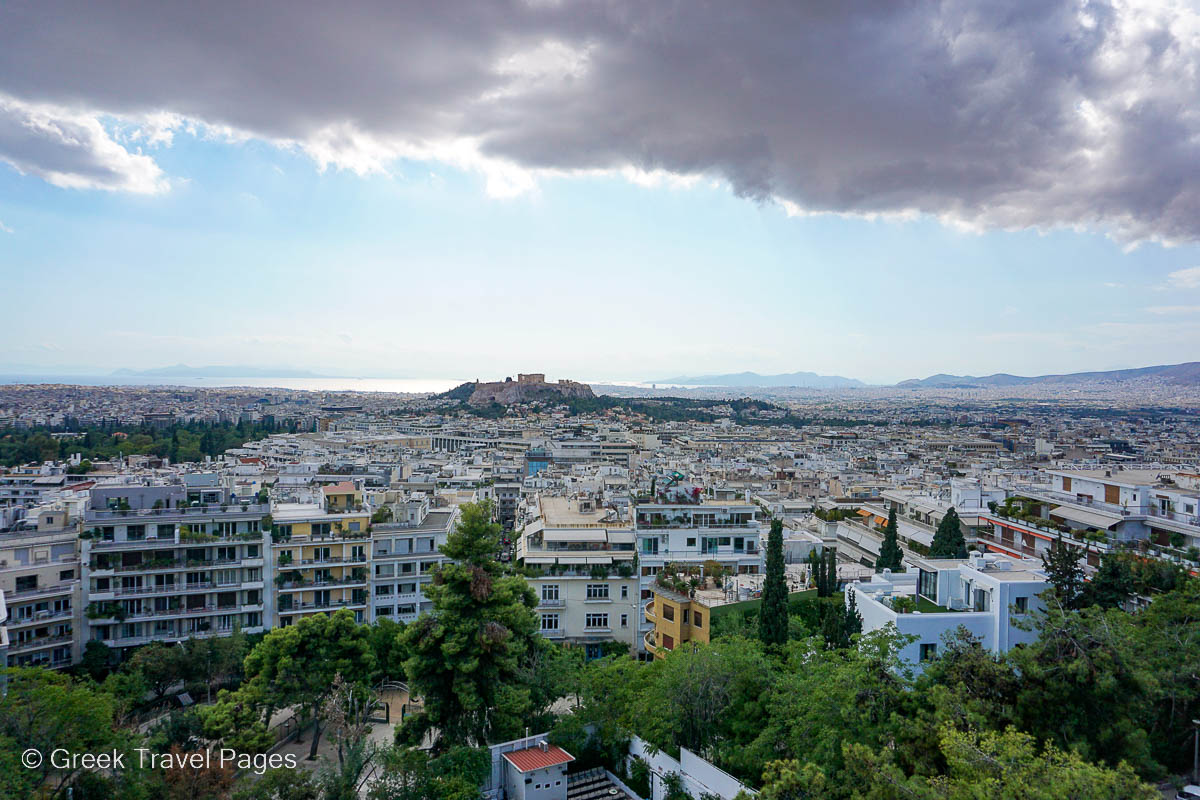 A new study presented to Athens’ hoteliers on Monday had them wondering if the Greek capital is beginning to reach its limits in terms of its “carrying capacity” as a tourism destination.

Conducted by the Institute for Tourism Research and Forecasts (ITEP), the study was presented by Panteion University Professor Giorgos Soklis during the 52nd annual general assembly of the Athens-Attica and Argosaronic Hotel Association.

Wanting to explain the term “tourism carrying capacity”, the professor said it is defined as “the maximum number of people that may visit a tourism destination at the same time, without causing negative effects on the natural, economic and socio-cultural environment of the tourist area, as well as without reducing the satisfaction of tourists”. 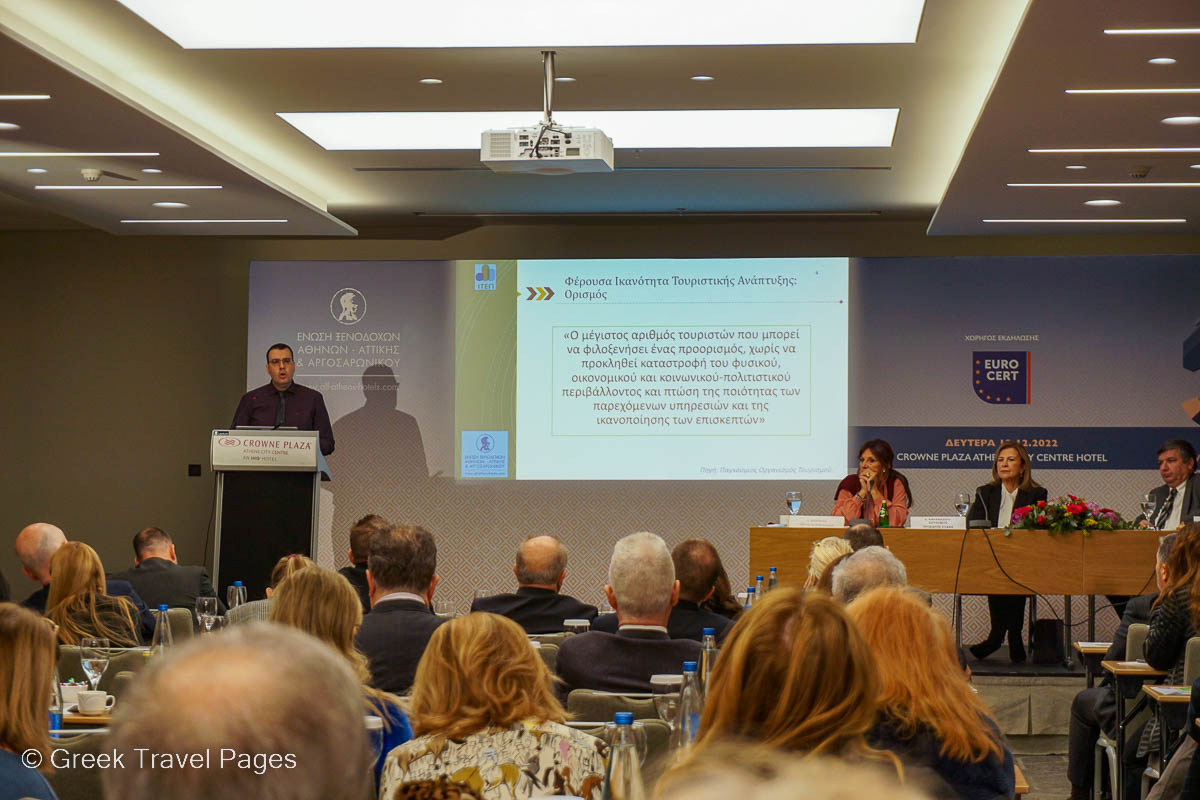 Sharp rise of Airbnbs in the city center

According to the findings of ITEP’s study, the increase in short-term rental accommodation in the central Athens area has been thriving in recent years, resulting to a large number of overnight stays concentrated in only specific parts of the city center. 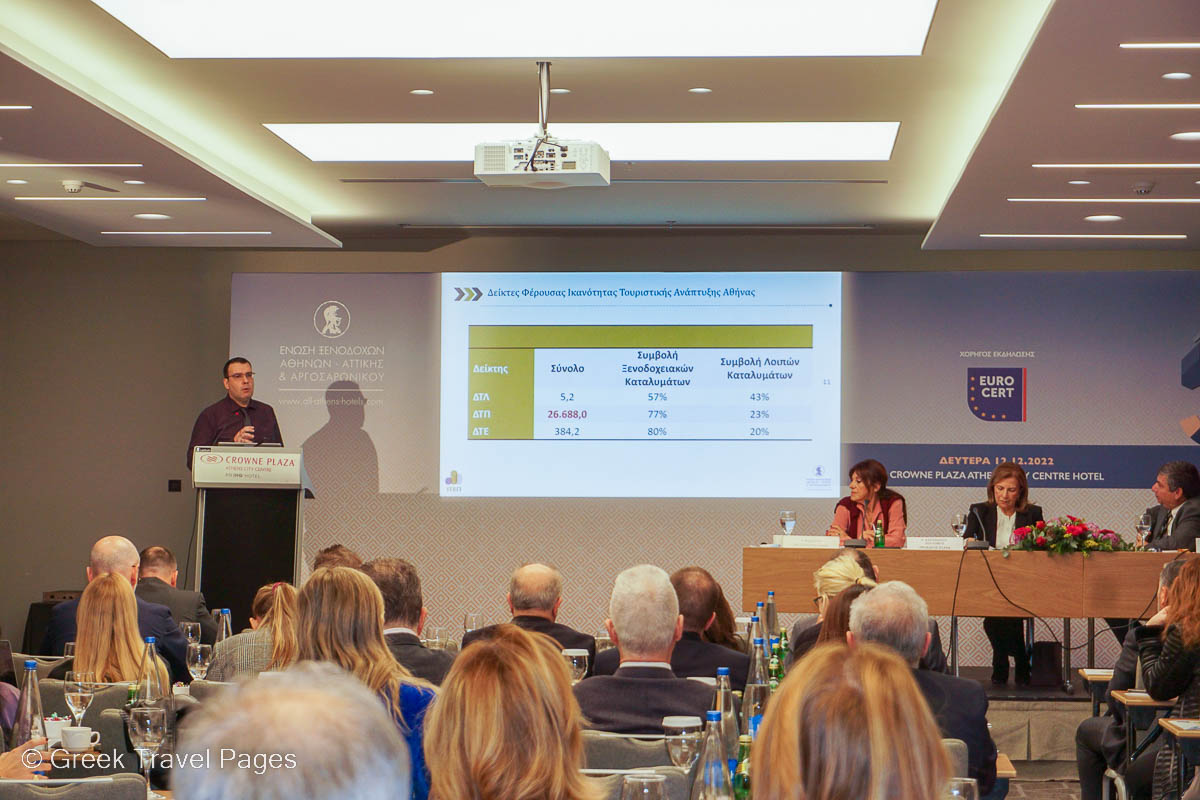 Therefore, according to the study, the increase in accommodation beds in the central sector of the capital is “overwhelmingly attributable” to the increase in Airbnb-type rentals, which could lead the the destination to experience pressure from tourism more than any other part of the country.

Moreover, ITEP’s data showed that in September 2022 there were 12,165 Airbnb-type rentals operating in the central Athens area – a record number – while in July 2015 there were only 2,116 such accommodations, showing a soaring increase of 475 percent.

These rentals, found mainly in the areas of the Athens’ Commercial Triangle, Koukaki – Makrygianni, Exarchia, Neos Kosmos, Agios Konstantinou, Acropolis, Kolonaki, Thisio, Kerameikos, Petralona, Kypseli, Stadiou, Zapeio and Gazi, may eventually cause an unbalance of urban development of the center of Athens. 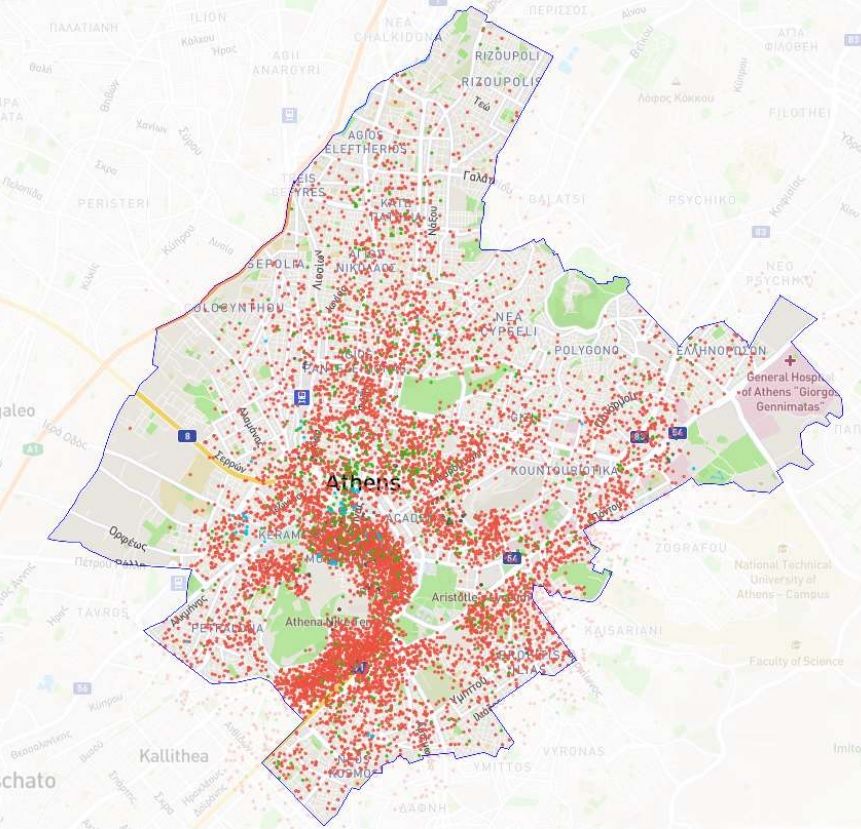 Inside Airbnb data of dispersion of short-term rentals in Athens. Source: ITEP

The study warned that the tourism growth in central Athens is reaching excessive levels, which implies that the area may have exceeded or is already at the limit of its carrying capacity.

In contrast, during the period 2015-2021, hotels in Athens increased by approximately 25 percent. The study noted that while the demand for accommodation services in Athens may have increased significantly in recent years, hotels met the growing demand by utilizing excess capacity rather than building new units.

“Hotel beds, with the exception of a small increase in 2019, remain stagnant… We see a tendency of short-term rental beds catching up with hotel beds and it is very likely for them to have surpassed them,” he said.

Is the carrying capacity over the limit?

Referring to the “carrying capacity” of Athens as a destination, the professor said that in recent years, the optimal limits of tourism development have been exceeded, due to the fact that a large number of overnight stays are concentrated in only specific areas.

“This development is due to the large increase in demand for accommodation services in recent years, which has been met overwhelmingly through the rapid spread of short-term rental accommodation,” he said. 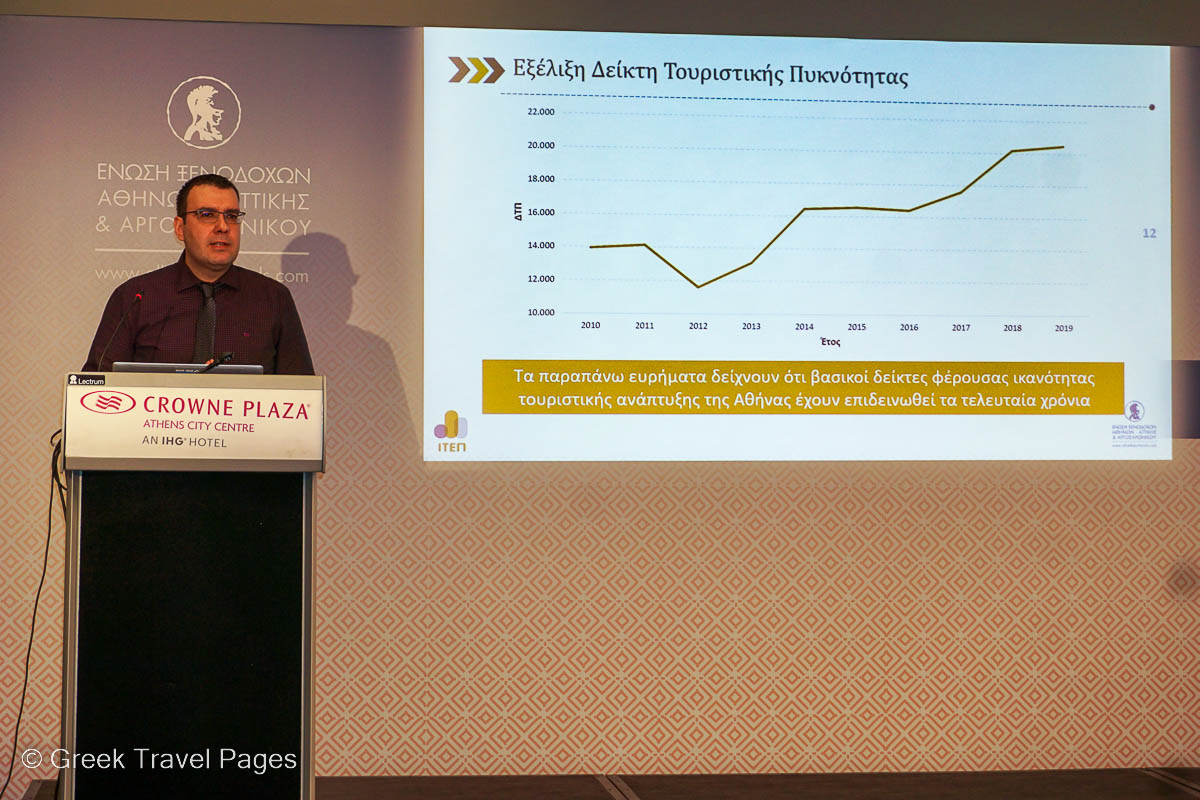 Professor Soklis added that now is the time for stakeholders and officials to discuss a “new tourism development model” for Athens – one that will renew the country’s tourism product “before it declines”.

In addition, on the more positive side, the study said the hotel scene in Athens has been qualitatively upgraded in recent years, while the city also has a lower seasonality compared to the rest of the country, which helps ease tourism pressure.

What kind of Athens do we want? 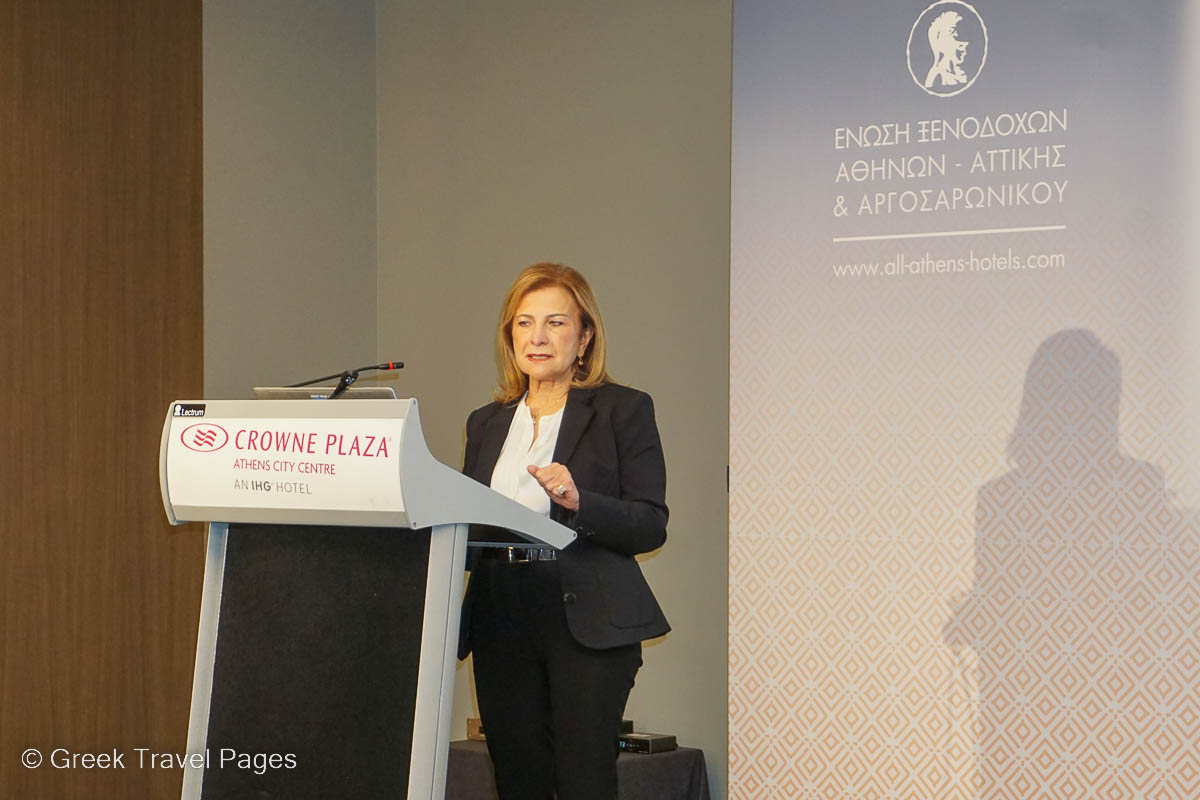 Commenting on the ITEP’s findings, the president of the Athens-Attica and Argosaronic Hotel Association, Lambrini Karanasiou-Zoulovits, said it would be “particularly useful and necessary” to investigate in depth exactly how the new environment in the city’s accommodation (old and new hotels, rooms to let, short-term rentals) affects, and to what degree, the profile of the destination; overall demand; accommodation prices; sustainability of businesses; and the overall quality offered.

“The question here is ‘what do we want for Athens after all?’… Do we want uncontrolled creation of beds with the risk of them remaining empty or do we want a strategic development that will ensure us sustainability and a proper development at all levels…,” she said.

Karanasiou-Zoulovits stressed that the oversupply of beds in Athens worries the association because, among other things, it does not allow price increases.

“What is needed are political decisions and targeted interventions that will work positively for the hotel businesses in Athens, Attica and the Argosaronic,” she said, adding that interventions should be regulatory, constructive or even corrective for the quality of tourism, for the destination as a whole and for the standard of living of citizens and visitors.