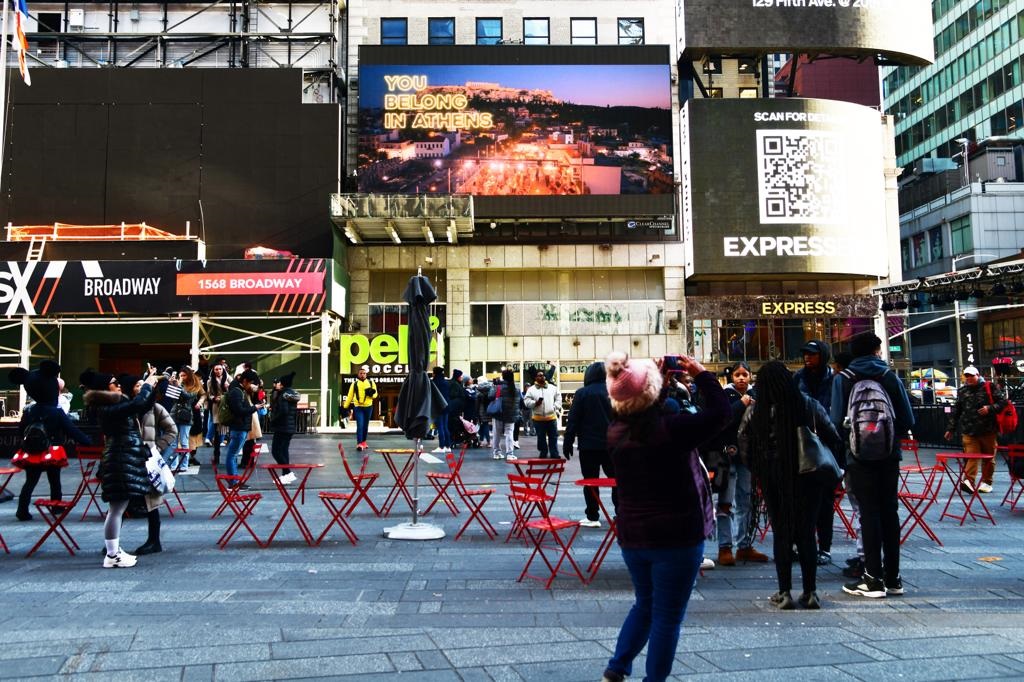 The ” You Belong in Athens” video at Times Square, New York. Photo source: Municipality of Athens.

A promotional video for the Greek capital titled “You Belong in Athens” was recently broadcast on digital billboards in two of the world’s most popular spots: Times Square in New York and the London Underground, as part of the Municipality of Athens’ international tourism campaign.

During the last two months, a 30-second clip of the over two-minute-long Athens’ promo video graced screens located in the center of New York every five to ten minutes every day while London’s Bank, Farringdon, Whitechapel, Bond St & Tottenham Court Road tube stations digitally hosted the clip during a ten-hour daily span.

“Athens ‘traveled’ to two of the most important world metropolises as part of our strategic plan to showcase it as a year–round, contemporary destination and reinforce its high-end tourism,” said Athens Mayor Kostas Bakoyannis.

He went on to underline how the city’s infrastructure and services have evolved in the last few years, making Athens an ideal destination for all.

The campaign was also shown on YouTube in the tourism markets of the US, Mexico and Brazil while it was promoted to selected audiences in France (Le Figaro), Poland, Canada and Greece.

“With the valuable assistance of tourism stakeholders, Athens can continue its journey as a reference point in the largest international tourism markets,” Bakoyannis added.

A successful year for tourism in Athens 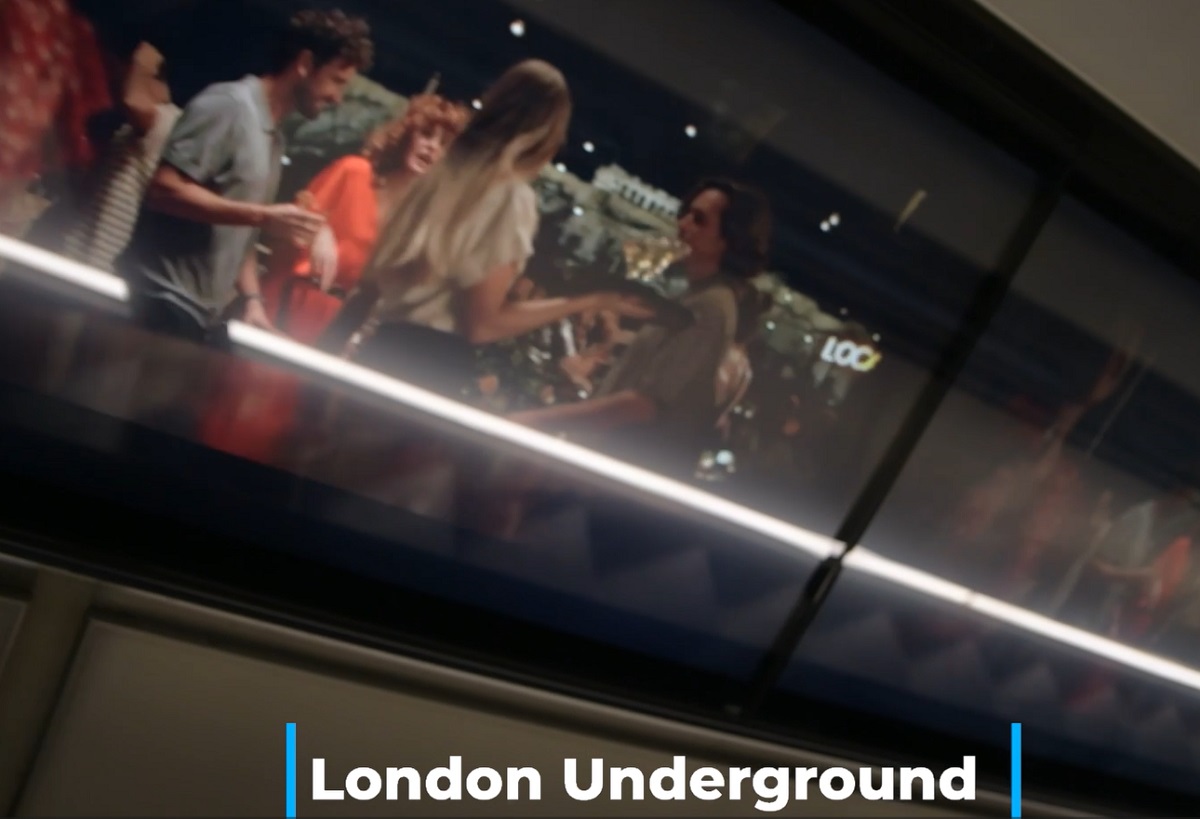 The ” You Belong in Athens” video at the London Tube. Photo source: Municipality of Athens.

According to ADDMA, the digital campaign of Athens was launched a few weeks before the end of a successful year for the city’s tourism.

Earlier in November, the city was announced as the World’s Leading Cultural City Destination at the World Travel Awards 2022, following its recognition as Europe’s Top Cultural Destination and Europe’s Best Convention and Visitors Bureau at the regional WTA event.

Furthermore, Athens managed to improve its MICE destination rankings (6th in Europe, 8th worldwide) in 2022, according to the municipality. More than 130 international conferences and events took place in the Greek capital in 2022 while the municipality’s ADDMA team participated in 24 international exhibitions and conferences through ACVB (This is Athens – Convention & Visitors Bureau).