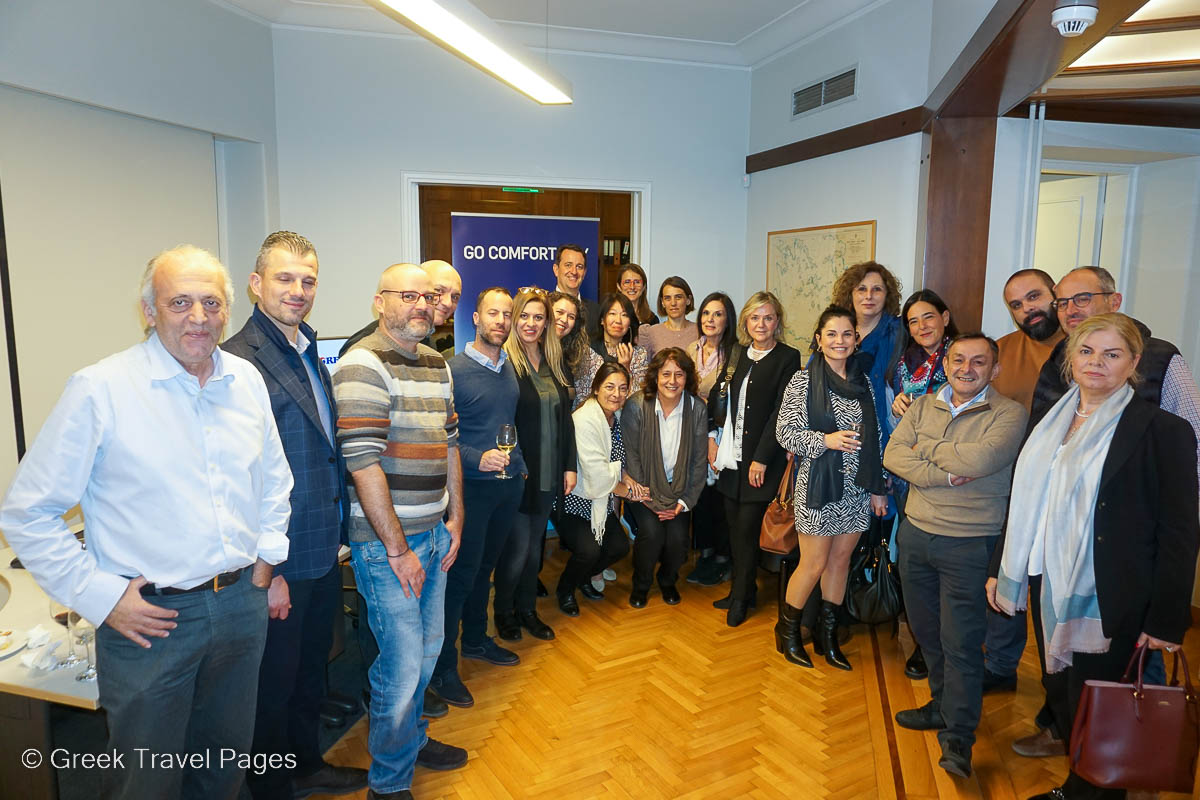 Korean Air representatives with top Greek marine agents at the office of its GSA in Greece, Danae Airlines.

Held at the office of Korean Air’s GSA (general sales agent) for the Greek market, Danae Airlines, the event also included an update on the routes via Seoul Airport and offered connection opportunities. 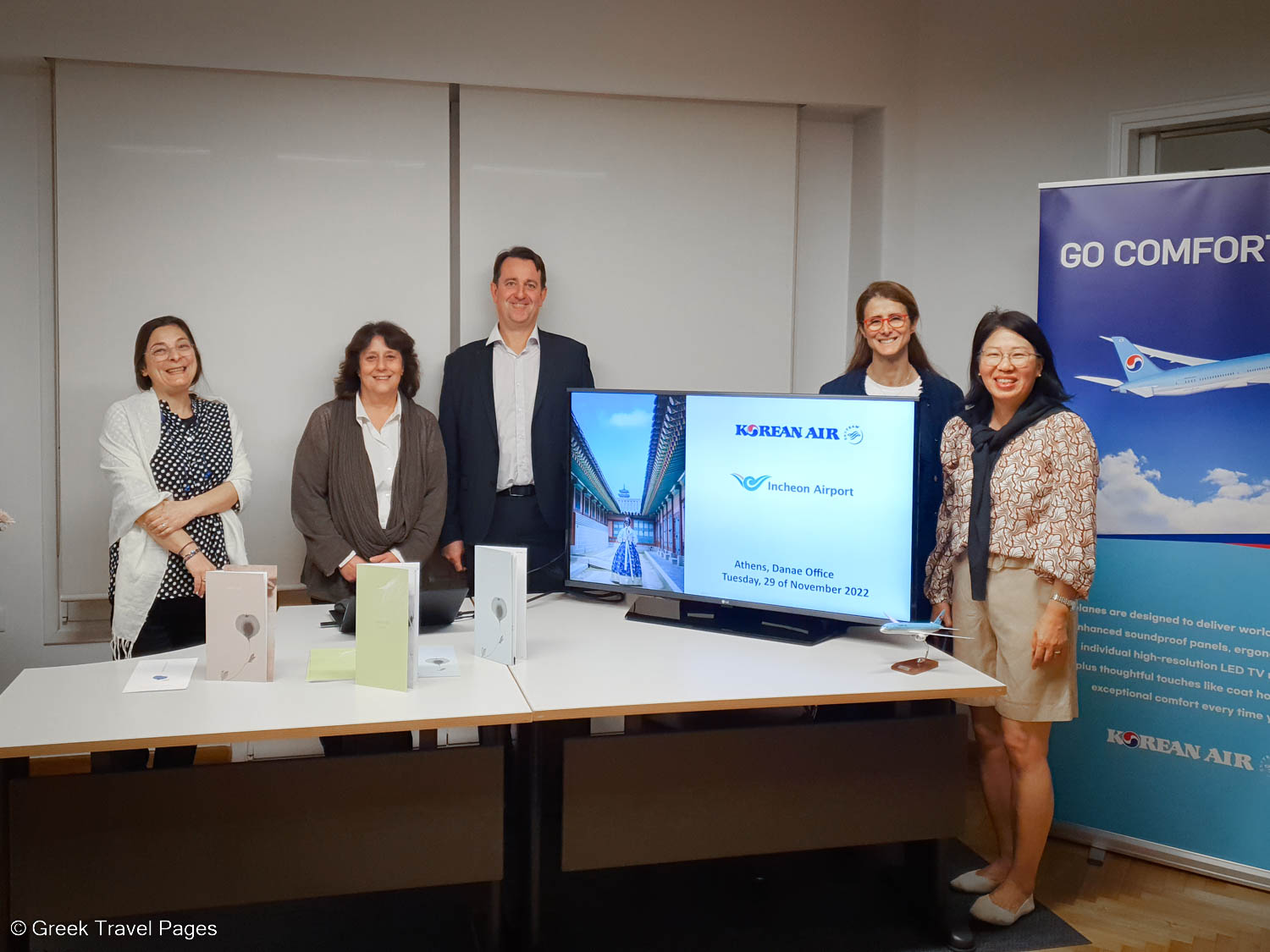 “Korean Air was the 16th biggest airline by revenue in 2021, flying 5,7 millions passengers, all enjoying its well known ‘excellence in flight’ service, awarded with the ‘5-star airline’ title by Skytrax,” Froidure said.

While giving facts about the airline, Froidure informed that Korean Air never stopped flying during the Covid-19 pandemic and all its connections via Seoul ICN airport were open to marine and offshore passengers.

“All sanitary restrictions have now ended and everyone is welcome to enter Korea including unvaccinated passengers, free of covid tests and no quarantine while all visa types are delivered once again by Korean authorities,” Froidure said, adding that only electronic visa (K-eta) is necessary for 102 nationalities including Greek citizens for a 8-euro cost, allowing multiple entries for 2 years validity (www.k-eta.go.kr).

Korean Air in 2019 operated over 460 daily flights to 43 countries and 120 destinations. The airline’s network is now restarting strongly in Europe with already 8 out of 12 European routes in operation once again. 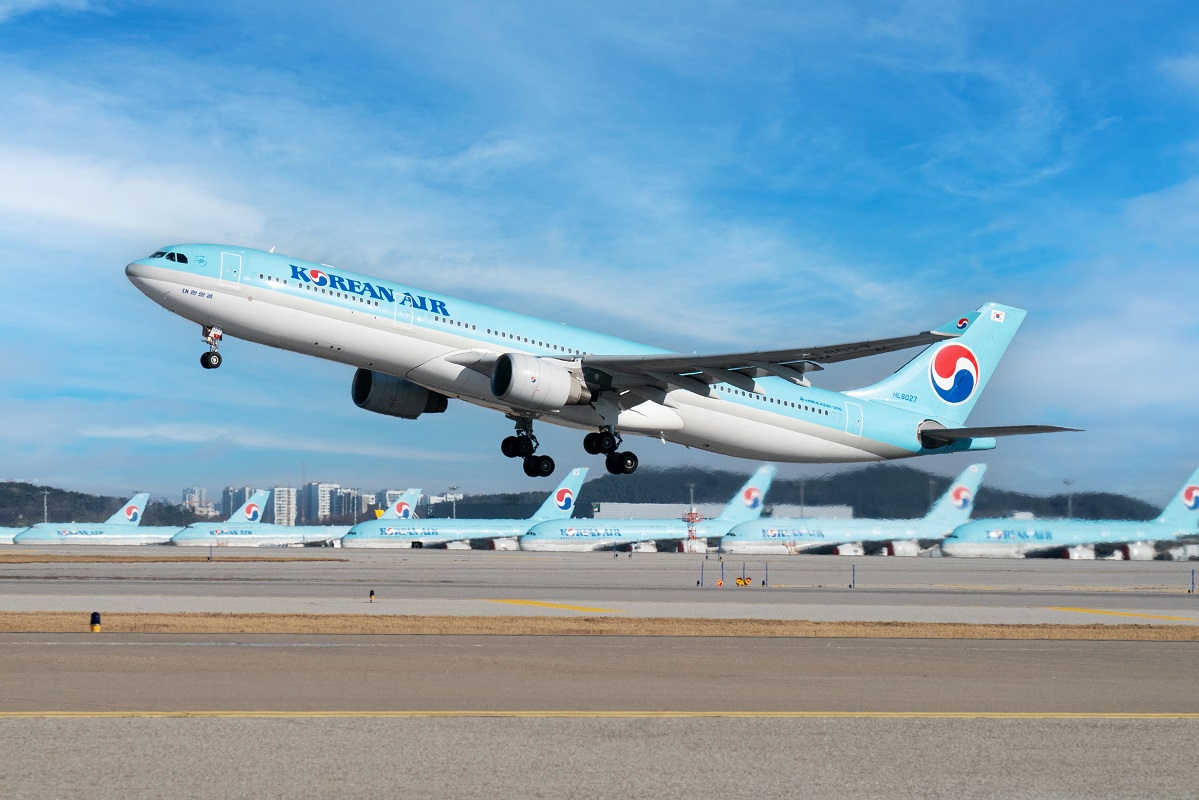 Korean Air does not have scheduled direct flights to Athens International Airport (ATH) but offers connection opportunities via Paris, London Heathrow, Amsterdam Schiphol, Vienna, Frankfurt and Rome with total elapsed flight time between 15 hours to 20 hours. The combination of airlines are ticketed via special SPA booking class, available through GDS. 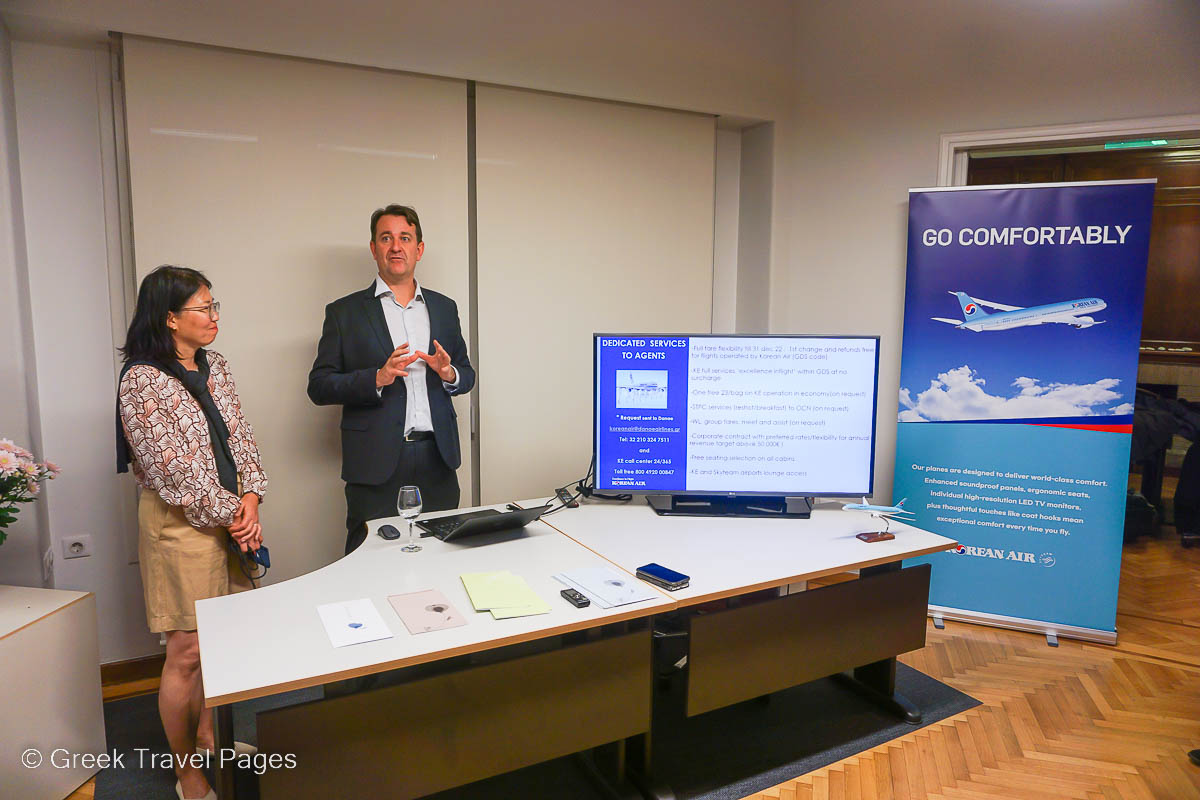 To Northeast Asia, Korean Air already reopened 6 mainland Chinese routes (SHE/DLC/CAN/TSN/TAO/NKG) plus HKG, UBN and TPE and hopes to reopen soon all of its 26 destinations in China. To Japan, 4 out of 15 routes have already reopened.

To Southeast Asia destinations, 181 flights per week operating from December to Philippines, Thailand, Indonesia, Singapore, Vietnam, Bali and Guam. To Oceania, flights to Auckland, Sydney and Brisbane do not connect on same day to Europe and Korean Air offers STPC (Stopover For the Purpose of Connection) service of 1 free hotel night (breakfast included) to passengers flying in business or economy. 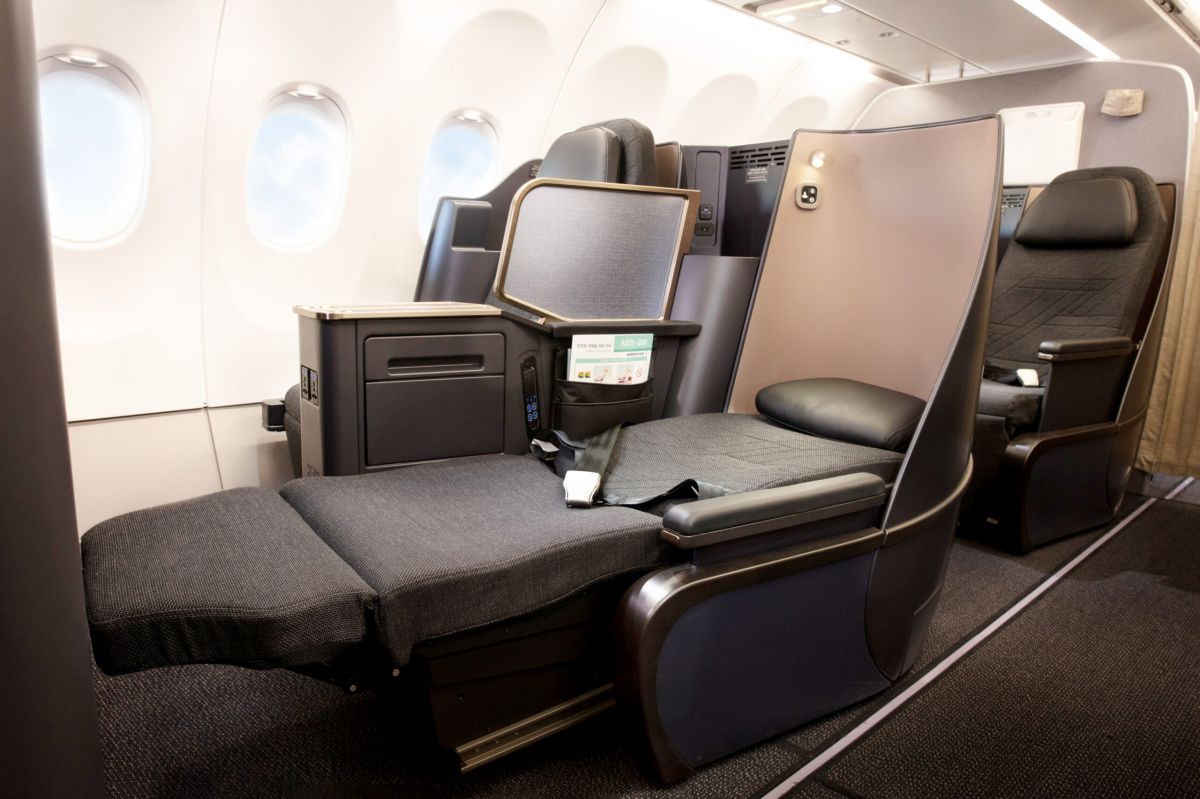 Korean Air currently operates a modern fleet of 156 Airbus and Boeing aircraft on 65 international routes. The airline has received its first Airbus 321neo with 182 seats, including 8 fully lie-flat seats in business class and inflight internet. Korean Air’s A321neo will operate from December 22 mostly on short-haul routes, including southeast Asia, China and Japan.

Froidure also gave a brief update on the buyout of Asiana Airlines by Korean Air.

It is reminded that in November 2020, Korean Air agreed to acquire Asiana with the support of the Korean government. However, the merger requires necessary approvals from foreign antitrust authorities.

“We initially needed the authorization from 11 different antitrust authorities across the world and we are now still waiting for four: Europe, China, Japan and the US,” Froidure said, adding that once approvals are received, Asiana will be fully integrated to Korean Air over the following two years.

Under the deal, once Korean Air receives approval from all antitrust bodies it will acquire 63.88 percent of Asiana and merge it into its brand. The merger will see all of Asiana’s aircraft will undergo a cabin retrofit and be painted the colors of Korean Air.

Upon completion of the acquisition, Korean Air is expected to emerge as a top-10 global airline, the company’s chairman and CEO, Walter Cho, said earlier this year.

Korean Air is one of the largest carriers across Asia Pacific, flying from Seoul Incheon Airport, a premium hub airport in Northeast Asia equipped with state-of-the-art facilities. 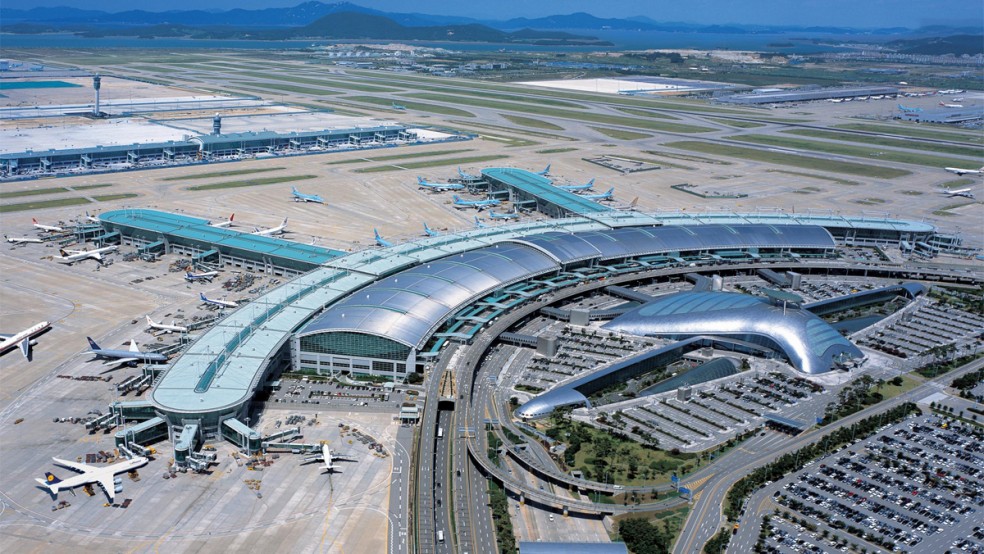 Korean Air premium passengers can enjoy 4 lounges and 90 rooms are available at transit hotels and 120 rooms within capsule hotels.

Following the presentation, a cocktail party followed with plenty of networking between the KE’s GSA in Greece, Danae Airlines, its top Greek marine agents and Korean Air’s representatives while enjoying selected dishes of both Greek and Korean cuisine. 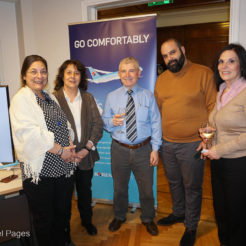 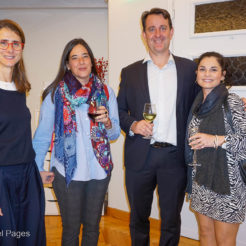 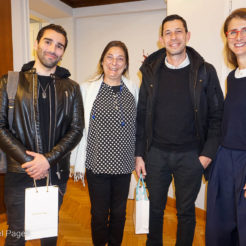 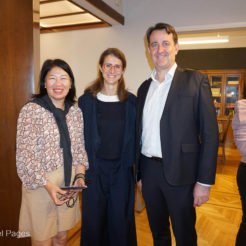 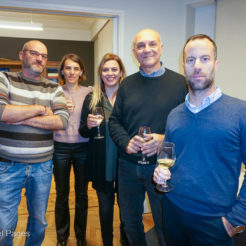 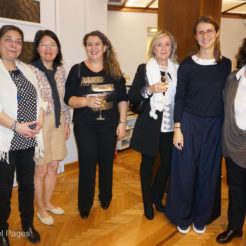 Korean Air is a founding member of the Skyteam airline alliance, offering members all benefits including its mileage redemption program to accumulate and redeem miles from its frequent flyer program ‘Skypass’ to any of the 19 Skyteam members or other award partners.