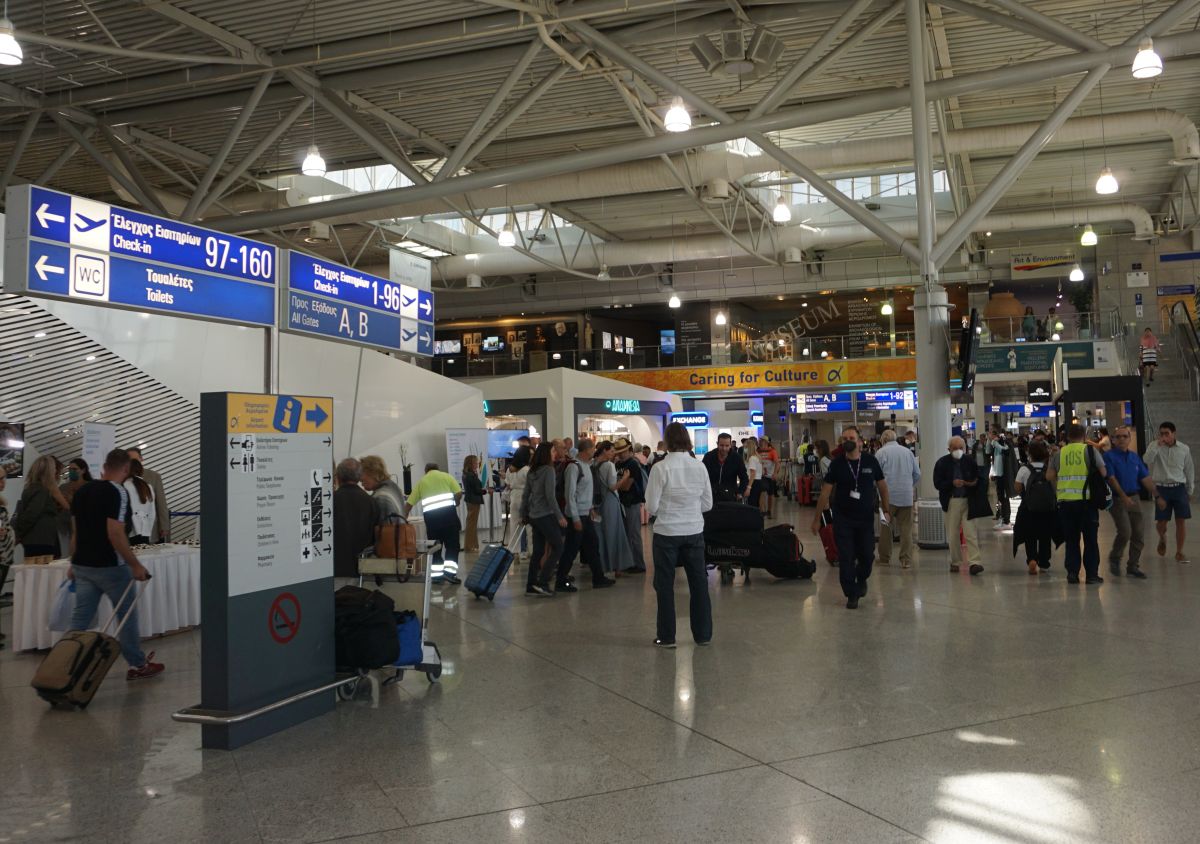 More specifically, according to INSETE’s monthly bulletin, airports across the country and mainly at popular destinations saw the number of international arrivals surpass 2019 levels reaching 20.3 million in the 10-month period with Athens International Airport (AIA) reporting for a first time a 2 percent increase in October.

On the downside however, arrivals via road through Greek border points from January to October 2022 were down by 35.7 percent (or short of 4 million) to 7.2 million compared to the same 10-month period in 2019 at 11.1 million.

Despite the increase in arrivals, tourism revenues for 2022 in the nine-month period (January-September 2022) dropped by 503 million euros or by 3.1 percent over the same period in 2019. Breaking it down, INSETE analysts attribute the 503 million euros in losses against 2019 to an 81-million-euro drop in cruise tourism revenues and a 341-million-euro decline in travel receipts resulting from the loss of the Russian market this year due to the war. 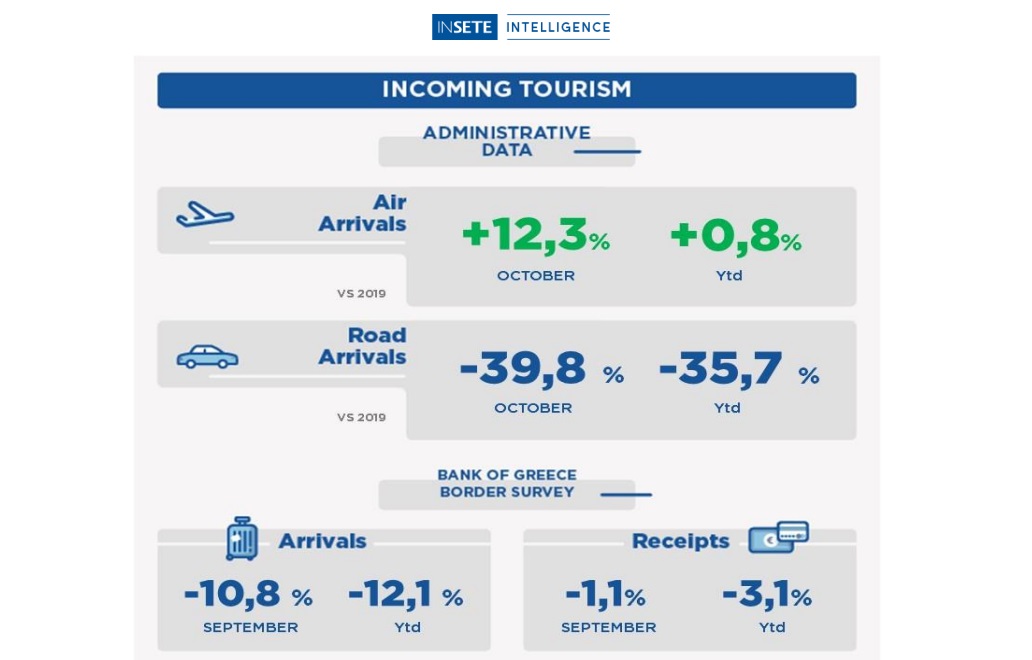 According to INSETE’s November report, best-performing source markets were the UK with revenues up by 21.3 percent and France by 17.6 percent in the January-September period over 2019.  Meanwhile, receipts from EU residents increased by 3.1 percent but dropped by 9.9 percent by travelers from non-EU countries in the year to September.

According to the Bank of Greece, travel receipts increased by 78.3 percent to 15.6 billion euros from January to September compared to the same period in 2021, but were down by 3.1 percent compared to 16.1 billion euros in 2019. In the nine-month period this year, tourism revenues reached 15.5 billion euros.

On a positive note, Greece managed in October to rank first in the Global Review Index (GRI), which reports the online reputation of hotels, garnering an 86.4 percent overall score, INSETE said.

Region of Crete Puts Aside €1.5m for Tourism Support, Promotion