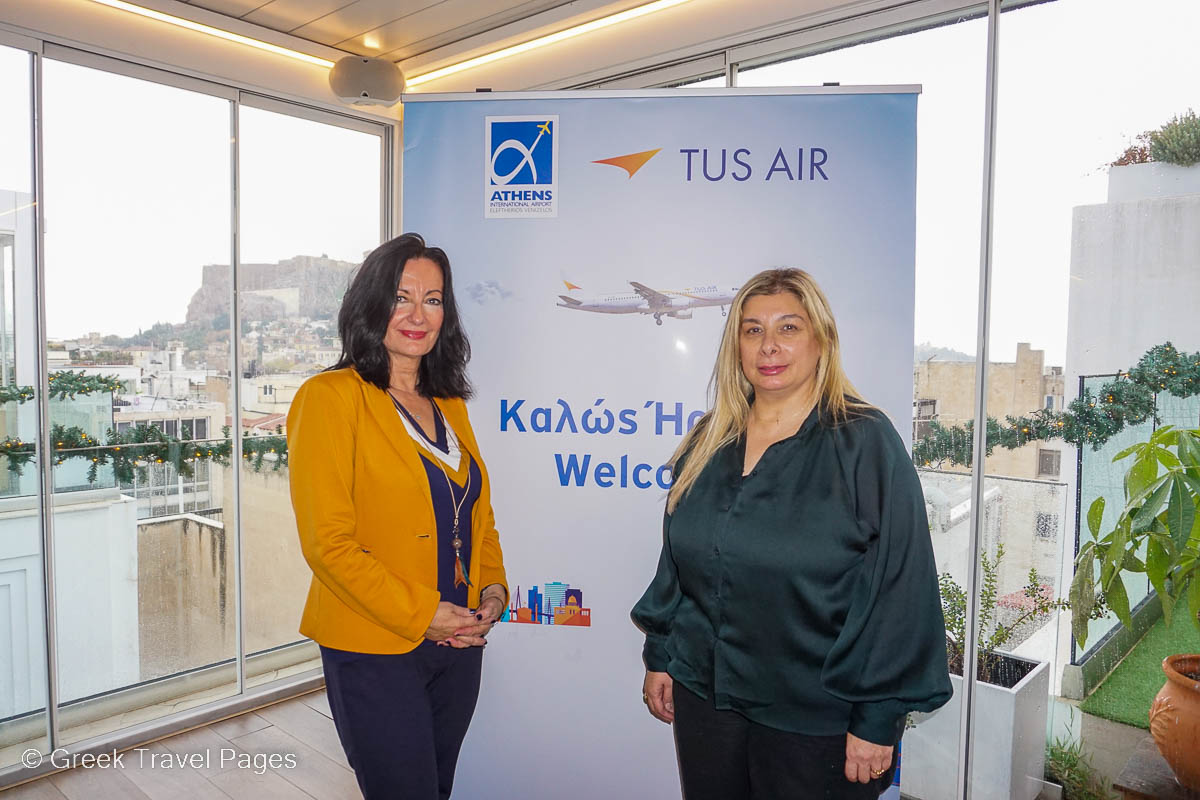 TUS Airways is the largest and leading Cyprus-based scheduled and charter airline established in 2015. It operates a fleet of Airbus A320s and connects Cyprus‚ Greece and Israel with destinations in Europe and the Middle East. 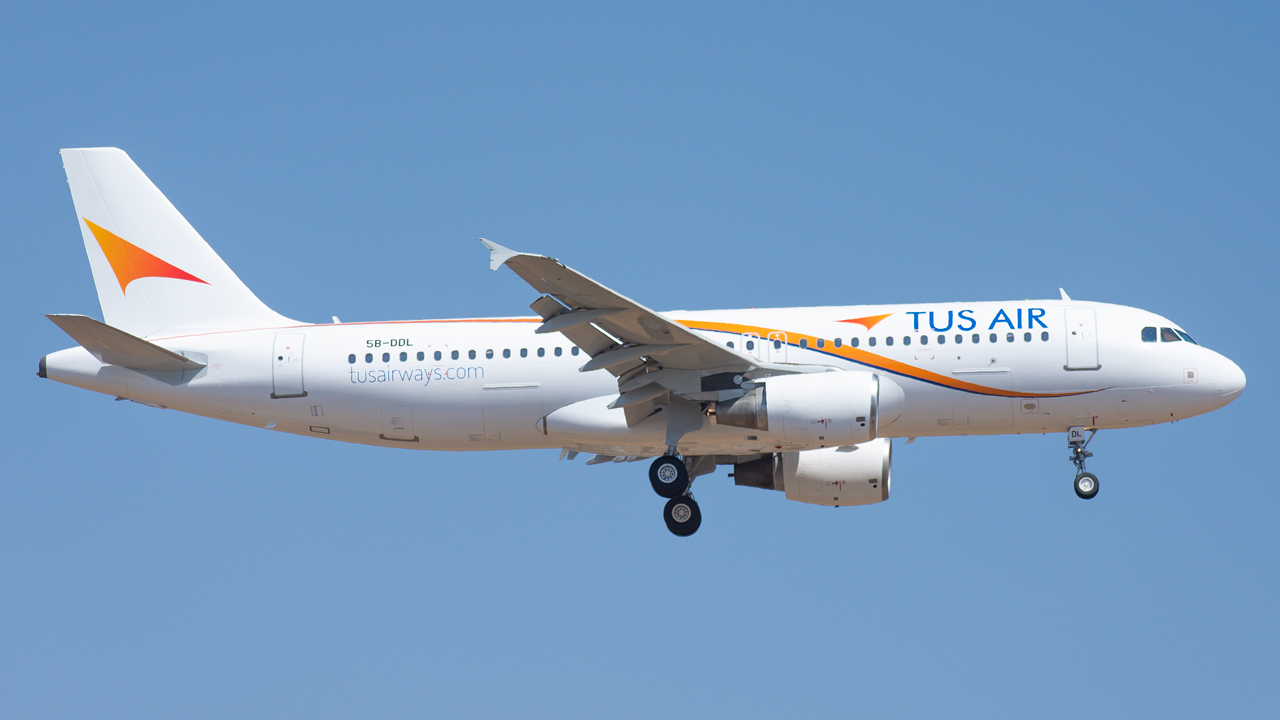 During a media briefing, the carrier’s marketing director, Kiki Haida, said that flights between Athens and Tel Aviv will operate three times per week (Mondays, Wednesdays and Fridays) starting from December 14.

She added that TUS will also connect Larnaca in Cyprus, with Heraklion (Crete) from December 16 with two flights per week. 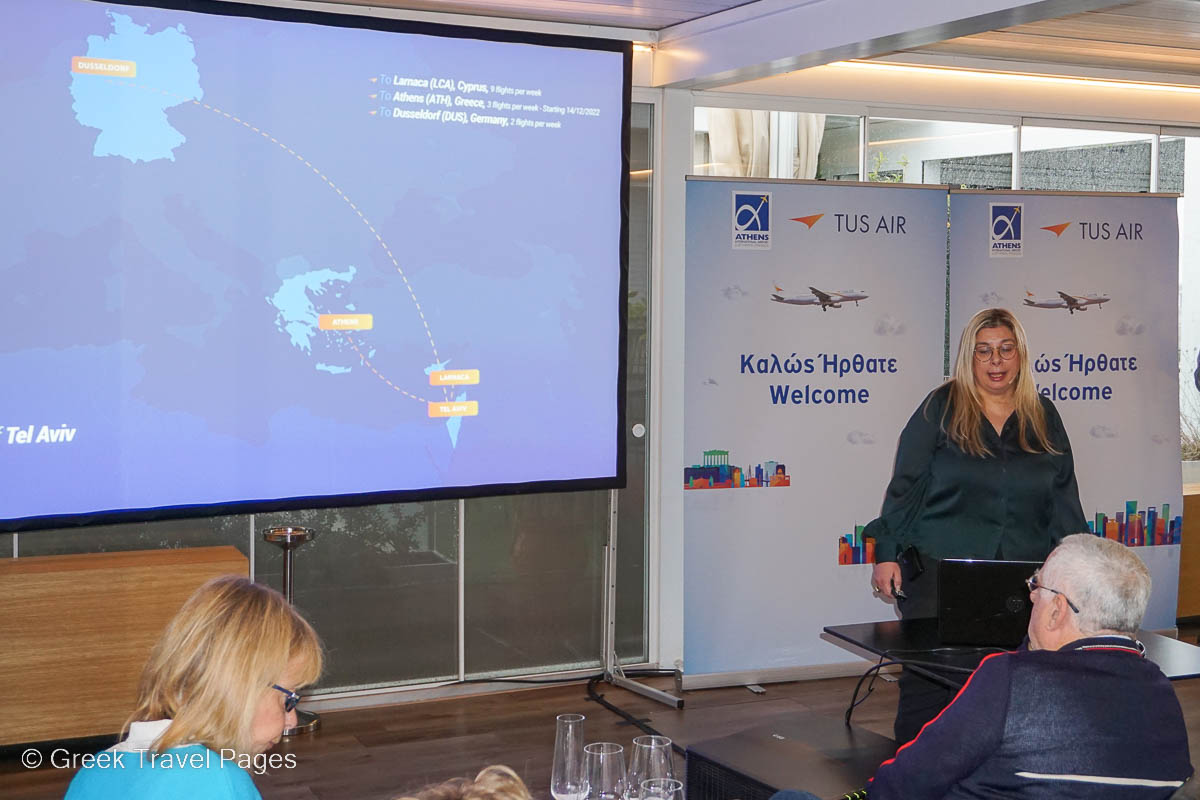 According to Haida, the company intends to add more Greek destinations to its flight schedule for summer 2023. In particular, TUS will launch flights from Larnaca to Heraklion, Paris and Tel Aviv, as well as from Paphos to Tel Aviv. In addition, it will operate routes from Tel Aviv to Athens, Preveza (Aktion Airport), Heraklion (Crete) and Dusseldorf.

Commenting on the inclusion of Preveza to its flight schedule, Haida said that the route connecting Tel Aviv with the Greek destination is very popular in the markets of Cyprus and Israel. 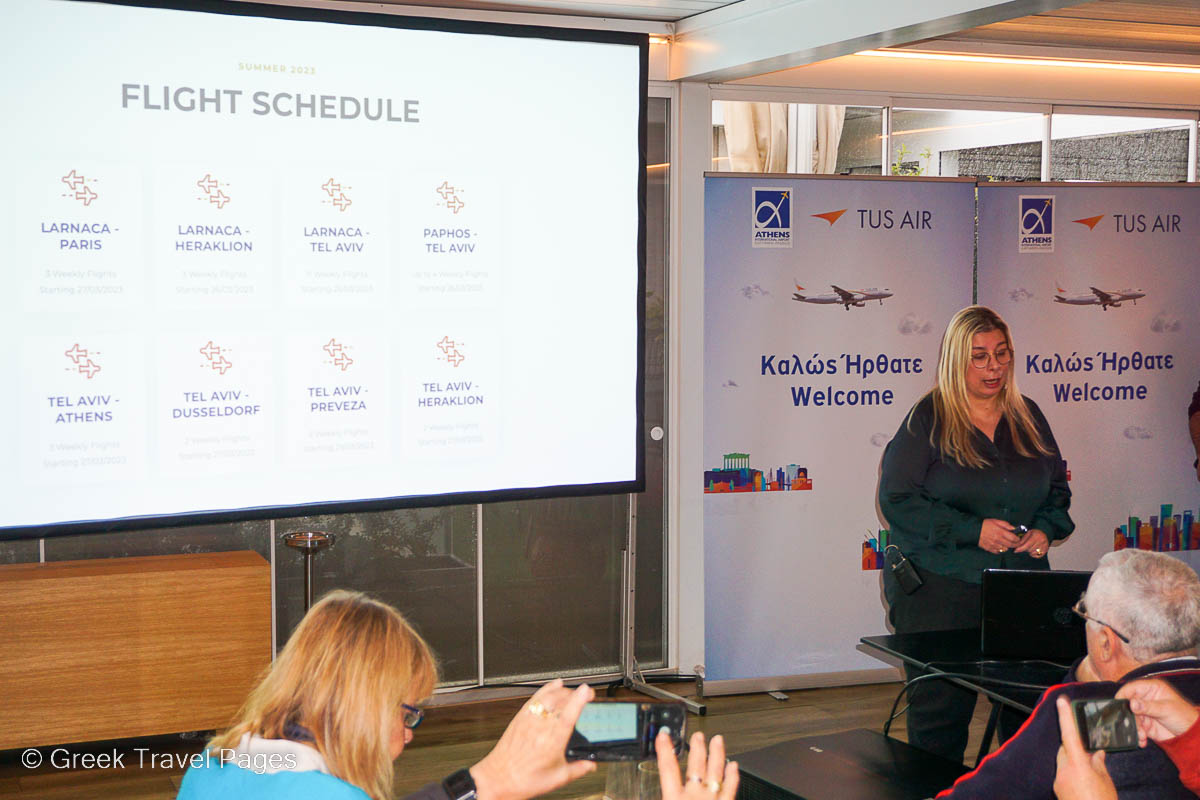 “TUS is expected to add other destinations in Greece to its summer program,” Haida said, adding that the airline this year flew to five Greek destinations until the end of October due to strong demand.

“The company managed to grow significantly within a year and add five Airbuses to its fleet. Our goal is to include new routes to popular destinations from Cyprus and Israel,” she said, adding that TUS is also considering of adding a Thessaloniki – Tel Aviv route to its flight schedule in the future.

Athens a popular destination for Israelis

On the occasion of the launch of flights between the Greek capital and Tel Aviv, Athens International Airport (AIA) Director of Communications & Marketing Ioanna Papadopoulou provided data regarding the profile of Israeli visiting to Greece. 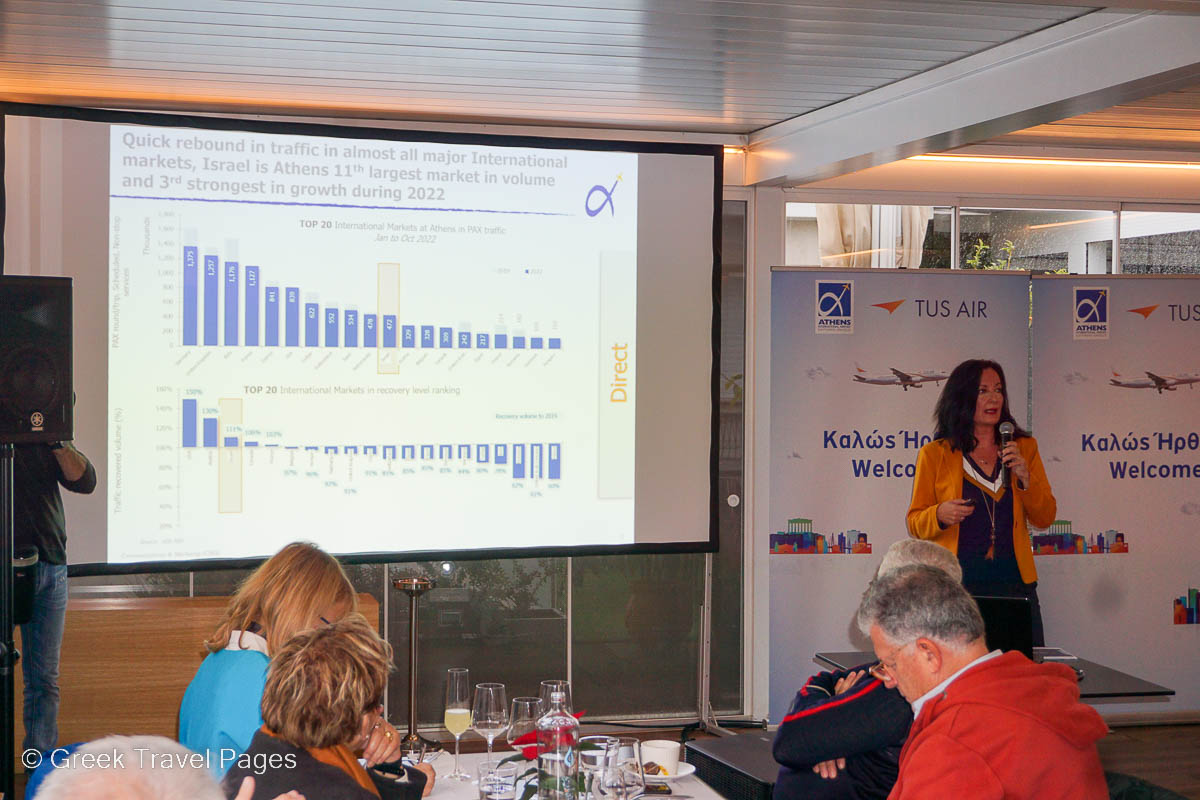 According to Papadopoulou, 86 percent of Israelis travel for leisure and 9 percent for business reasons. Israelis are high-spending travelers and spend around 102 euros in the shops within AIA. In addition, they plan their trip some 40 days before their departure date, with the average length of stay in Greece adding up to 9 days.

Papadopoulou highlighted that Israel is the 11th largest international market for Athens and is included in AIA’s top 20 destinations for incoming tourism.

“The Israeli market is our third best market in terms of growth rate and is up by 111 percent in terms of passenger traffic,” she said.

More into the data, the Israeli market, during the January – September 2022 period, ranked eighth in terms of international arrivals and seventh in terms of growth at AIA. 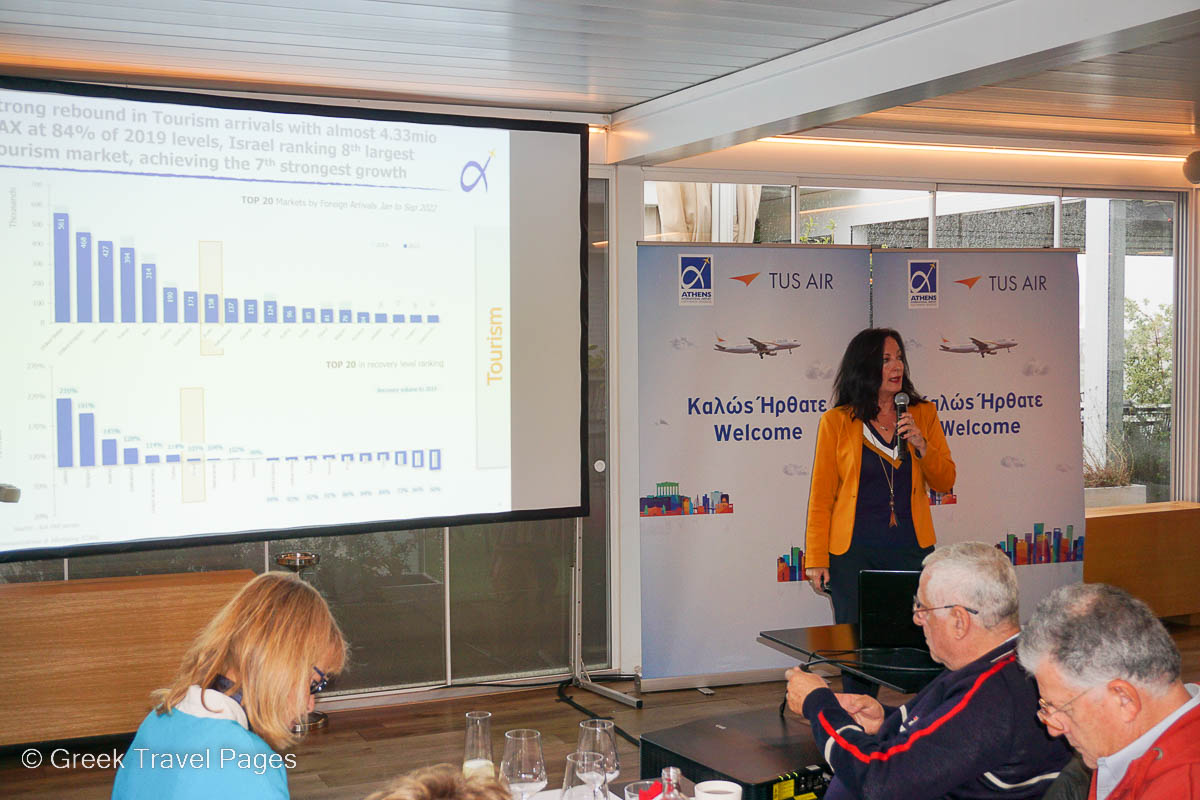 It should also be mentioned that since 2014, passenger traffic between Athens and Israel has seen a double-digit growth rate on an annual basis. 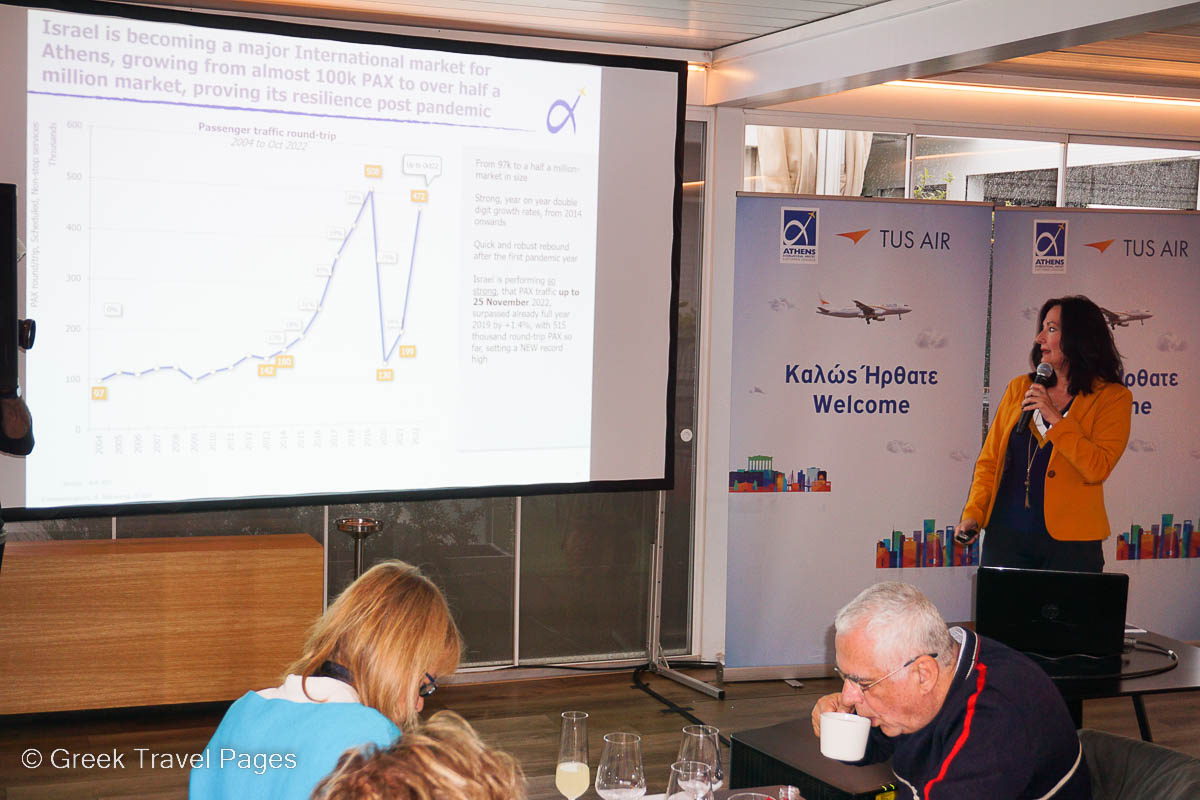 “This sets a new record,” Papadopoulou said, also underlining that many Israelis visit Greece during the winter season.

“We find that there is a strong demand for Athens from this market,” she concluded.