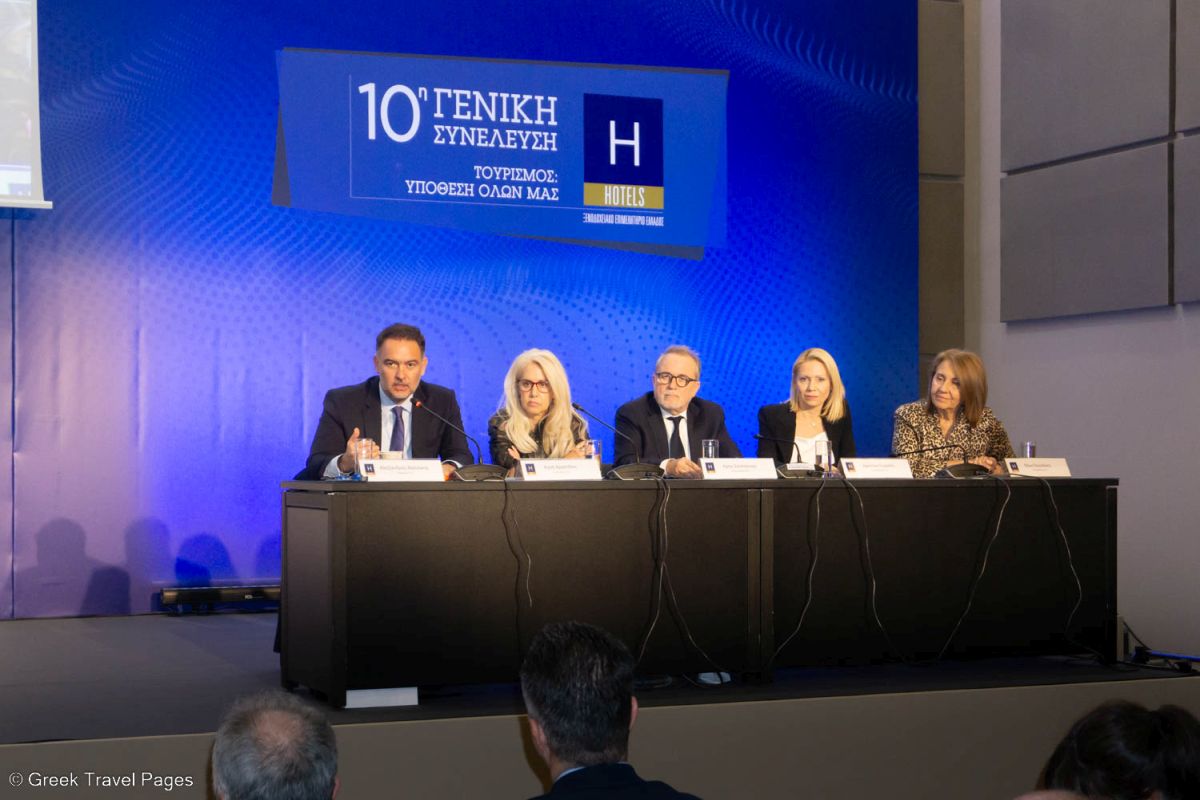 The hotel sector’s contribution to 2022 being one of the best tourism seasons of Greece is clear, Hellenic Chamber of Hotels (HCH) President Alexandros Vassilikos said during the 10th HCH general assembly in Athens on Saturday.

Held on the sidelines of the Xenia 2022 hospitality trade show at the Metropolitan Expo center, the chamber’s general assembly focused on the current challenges of the industry as well as the successful post-Covid-19 reset achieved by Greece’s hotels.

“A very good season has ended for the country… Our contribution to the good development (of tourism) is clear and hoteliers deserve this recognition,” Vassilikos said, adding that the sector meticulously applied the state’s health protocols and boosted Greece’s reputation as a safe destination.

“Under extremely adverse and unprecedented conditions, we contributed to the health reliability of the country,” he highlighted. 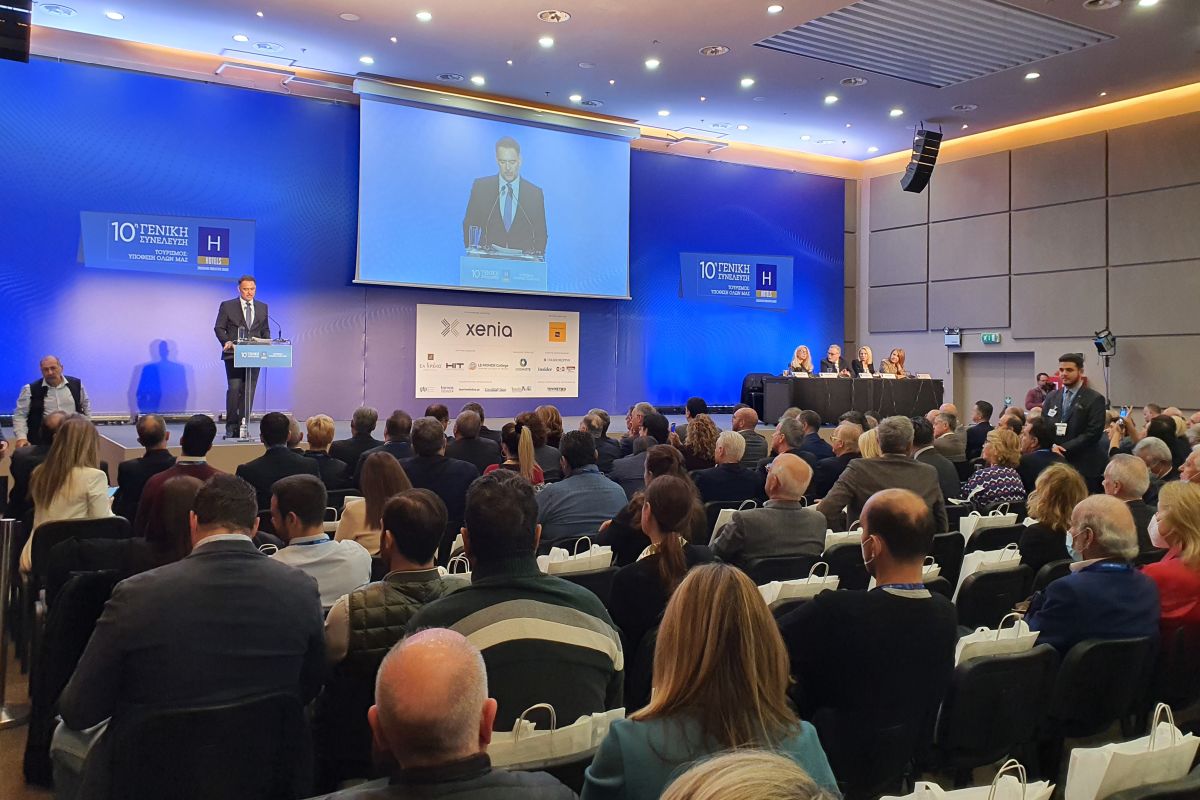 Minister Kikilias congratulated the country’s hoteliers for the professionalism they showed in handling the health crisis, underlining that they contributed substantially to Greek tourism’s “success story” during an extremely difficult situation.

On his part, Ottmann said that Greece managed to quickly adapt to the post-Covid era and for that reason was selected to host two international meetings of great importance: the Group Strategy Workshop of NürnbergMesse Group that saw the participation of 40 executives of subsidiaries from all over the world and the meeting of 24 trade show organizers from Europe, members of the European Major Exhibition Centres Association (EMECA).

“All delegates were extremely impressed by the Greek hospitality, but also by the high quality services,” Ottmann said. 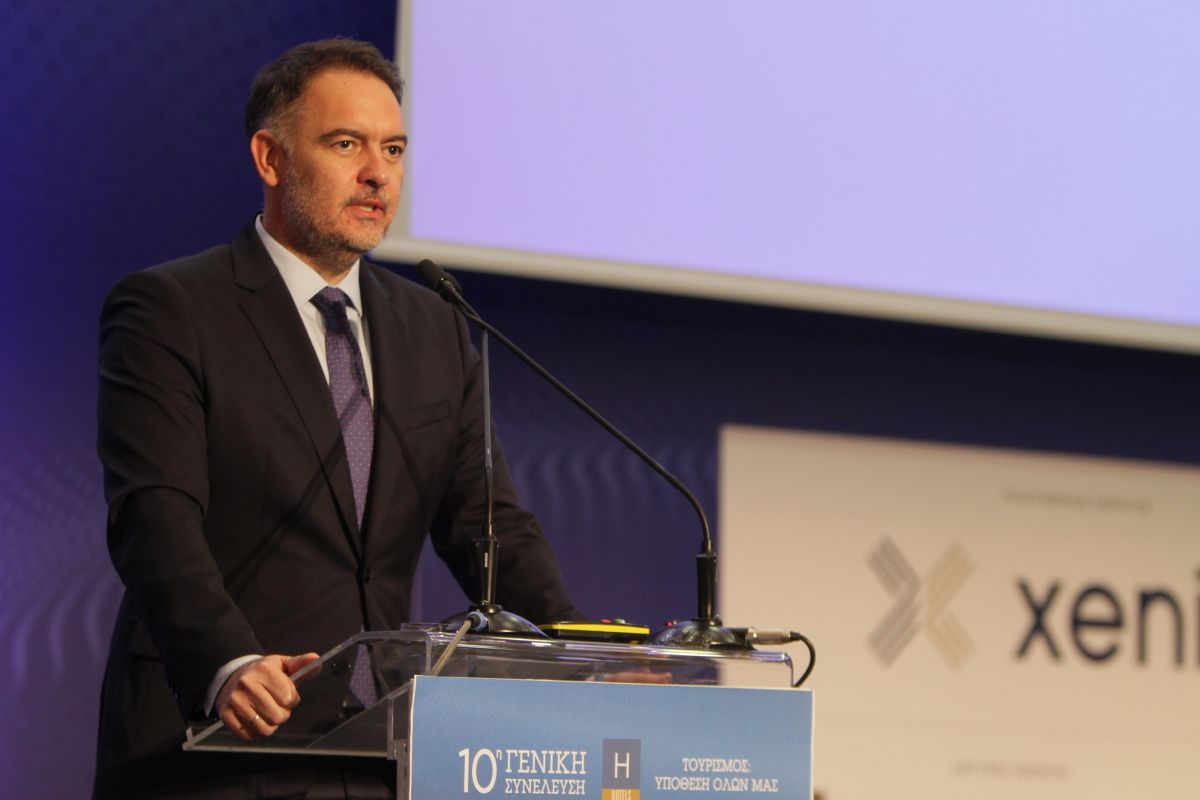 During his speech, the chamber’s president referred to the major challenges that the sector has to manage, such as the rise in energy costs (electricity increased by 100 percent), the 40 percent increase in payments for supplies and the tourism staff shortages, “a problem which is expected to worsen” if no action is taken.

“Staff shortages are now estimated at 61,000 when the initial estimate spoke of a lack of 50,000 people,” Vassilikos said.

Other open fronts for the hotel industry involve the state properly regulating short-term rentals as well as the viability of hotels that operate all year round due to the increase in energy costs.

“Not all hotels operate only during the summer season… The first four months of 2022 were not good at all for hotels operating year round due to the Covid pandemic, with occupancy not exceeding 20 percent. These same hotels will operate in the coming months with unimaginable costs and oversupply of accommodation while the demand will not resemble the summer months at all,” Vassilikos added.

On his part, Greek Tourism Confederation (SETE) President Yiannis Retsos focused on the successful tourism season 2022 proved to be.

According to Retsos, despite the slight lag in revenue compared to 2019 levels, the year brought 18 billion euros in tourism revenue to the Greek economy – some four billion euros in addition to forecasts. 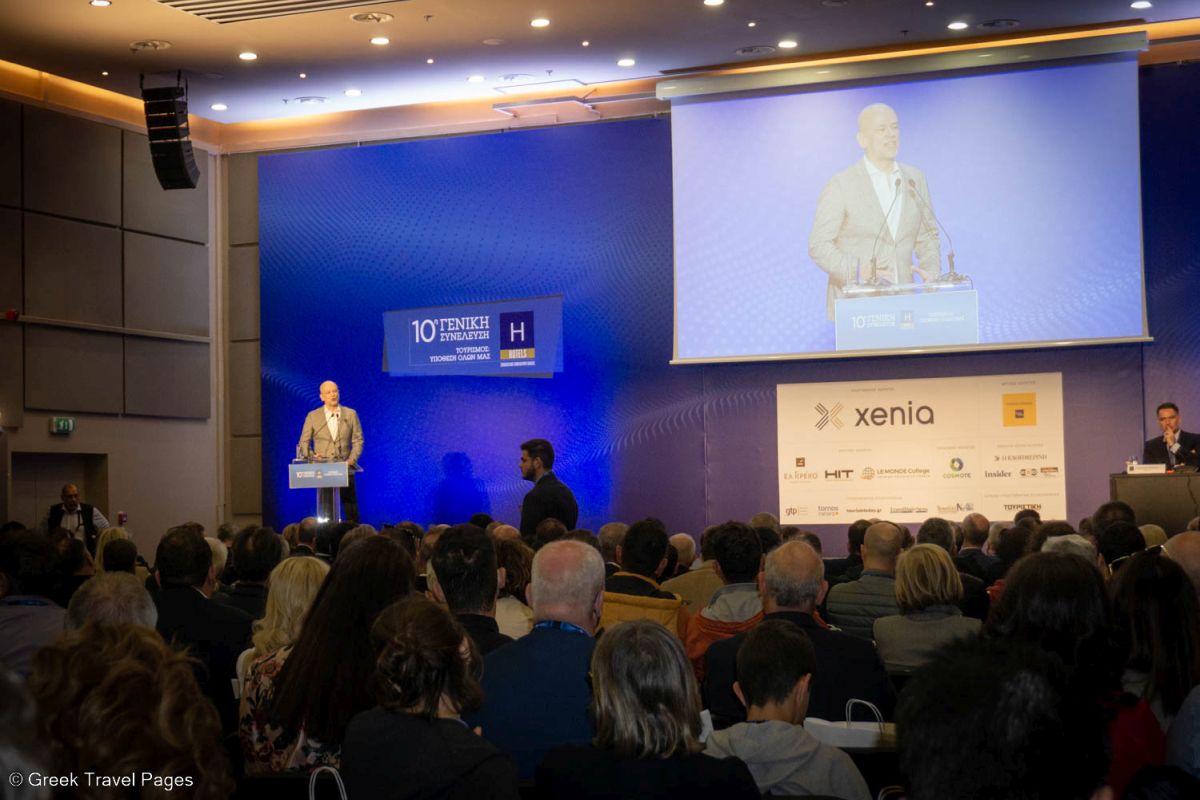 Referring to the year ahead, SETE’s president pointed out that the tourism sector is optimistic considering that Greece is ranked as the fifth tourism brand worldwide and is in the top three preferred destinations in its main markets.

Moreover, Retsos spoke of SETE’s holistic and detailed national strategy for Greek tourism, with a 2030 outlook and highlighted the fundamental changes that need to take place in the sector by placing environmental concerns and sustainability in the center of tourism growth.

Like Vassilikos, SETE’s president also mentioned the unfair competition Greek hotels are facing from Airbnb-style rentals and highlighted this as one of the major problems of the hospitality sector. 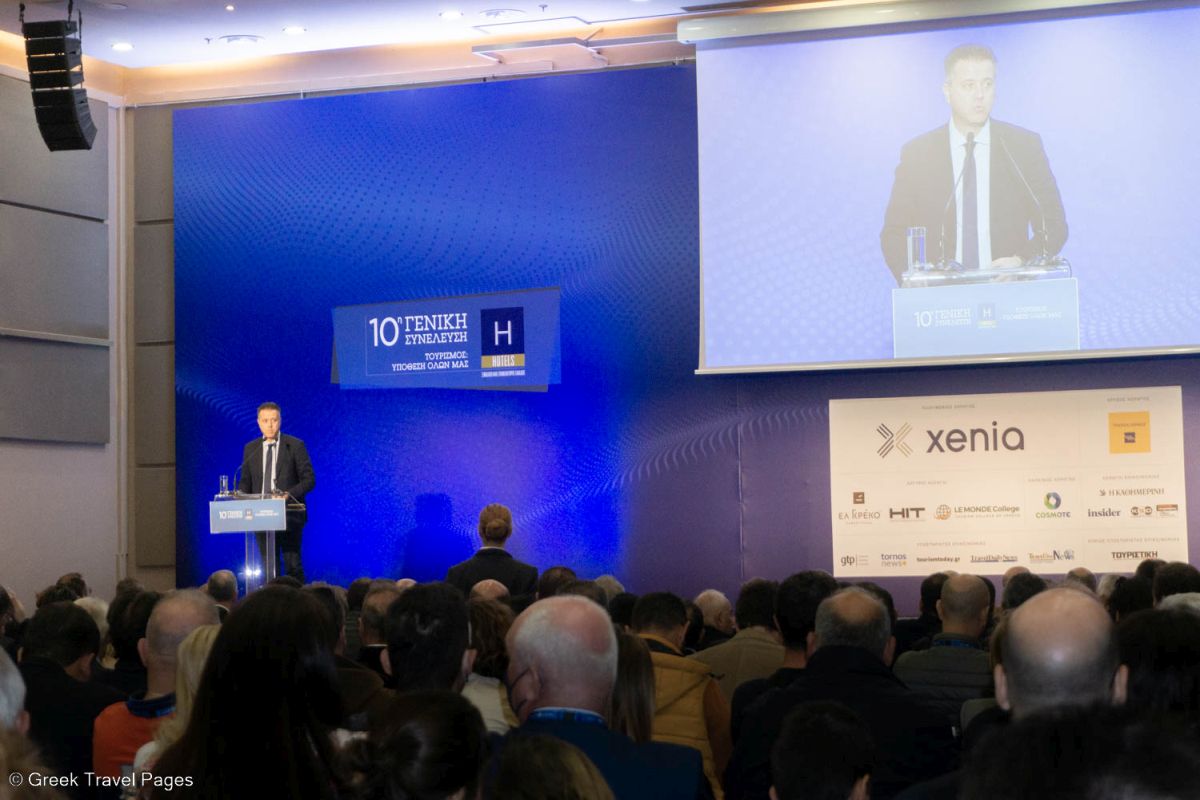 “It makes no sense to count arrivals while the short-term hotel market is operating without any control,” he said, pointing to the latest study carried out by the Hellenic Chamber of Hotels that cites the problems hoteliers and society face due to the loopholes in regulations.

During the 10th general assembly, the initiatives taken by the Hellenic Chamber of Hotels during the pandemic were presented as well as findings from studies carried out this year by the Institute for Tourism Research and Forecasts (ITEP).

Moreover, the chamber’s educational program “My Philoxenia” (Φιλοξενία μου) for elementary school students was presented by author Eleni Andreadi who is in charge of the innovative project.

The Greek Travel Pages (GTP) was a communication supporter of the 10th general assembly of the Hellenic Chamber of Hotels.