ForwardKeys: City Tourism Picking Up as Travel to Europe Grows in Q4 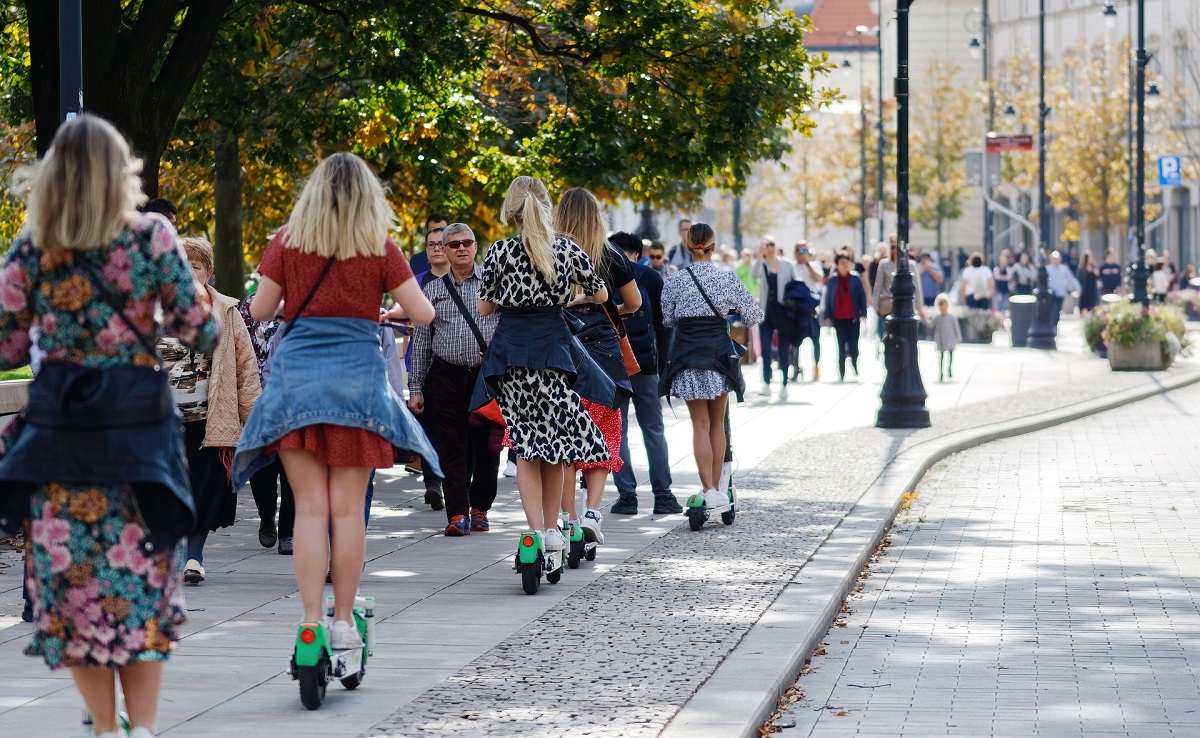 City tourism is picking up in the fourth quarter (Q4) of 2022 driving recovery in Europe, said travel intelligence provider ForwardKeys.

More specifically, according to recent data presented by ForwardKeys in collaboration with City Destinations Alliance (CityDNA), travel flows to Europe outdid the global average which was down by 30 percent in Q4 over the same period in 2019. Fourth quarter flows to Europe were down by -24 percent in comparison to the rest of the world.

Urban destinations are closing the gap, said the report, despite a 23 percent decrease in international arrivals in Q4 in line with the European average of -24 percent.

Indicatively in Q3, international arrivals to London were down by 23 percent and by 18 percent in Paris, but up by 9 percent in Istanbul. 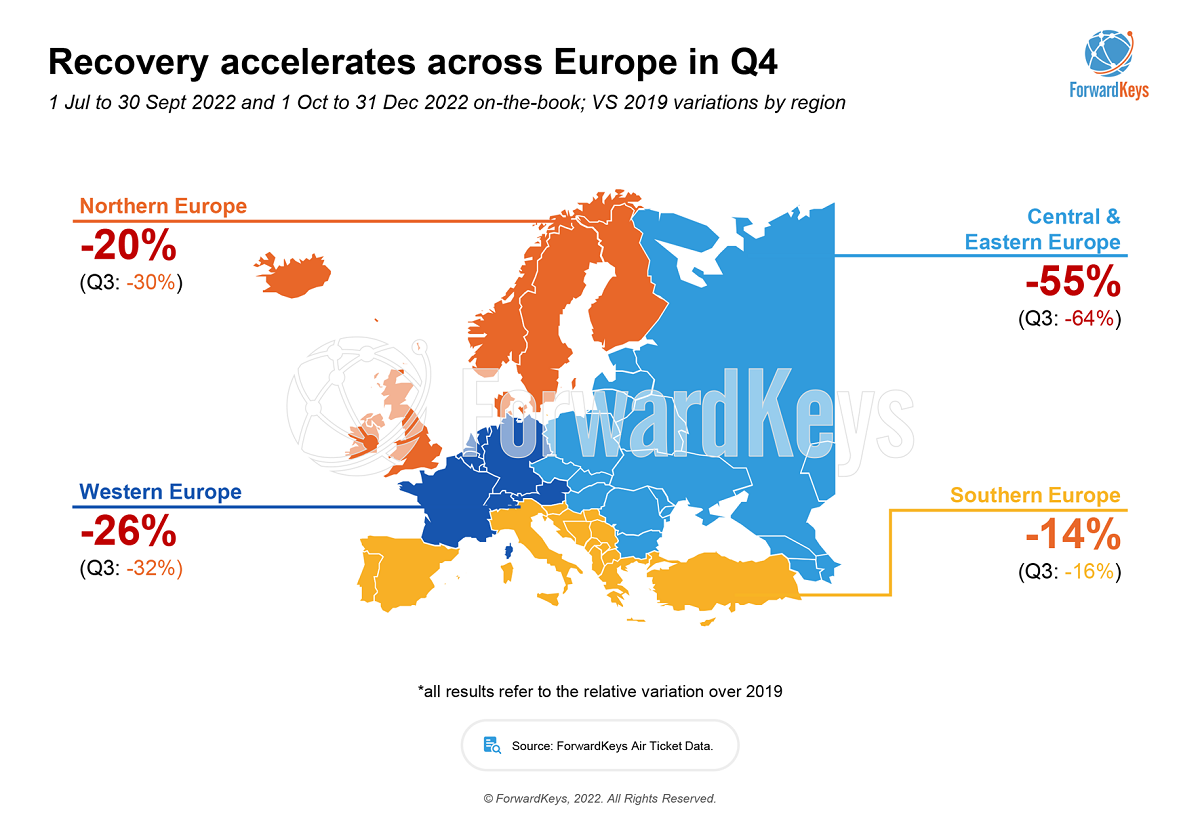 “Southern Europe is still leading the way and other parts of Europe are also making good progress as can be seen in Northern Europe during the popular winter season. On the flip side, the performances of Central and Eastern Europe are still negatively affected by the war in Ukraine, which is impacting not only on the countries directly involved but also on neighboring destinations,” said VP of Insights ForwardKeys Olivier Ponti.

Meanwhile, international travel recovery in Q4 is still down by 30 percent on 2019 levels.

Looking ahead, ForwardKeys analysts expect Q1 in Europe to kick off to a good start at -20 percent in terms of international arrivals compared to 2019 levels.

“The sustained recovery of international travel to European cities is very encouraging to see after all the challenges our members have endured in the past years. The return of travelers to our destinations puts international cooperation and sustainability at the center of our strategy,” said City Destinations Alliance President Petra Stušek.

EU Allows 5G on Planes and WI-FI on the Road