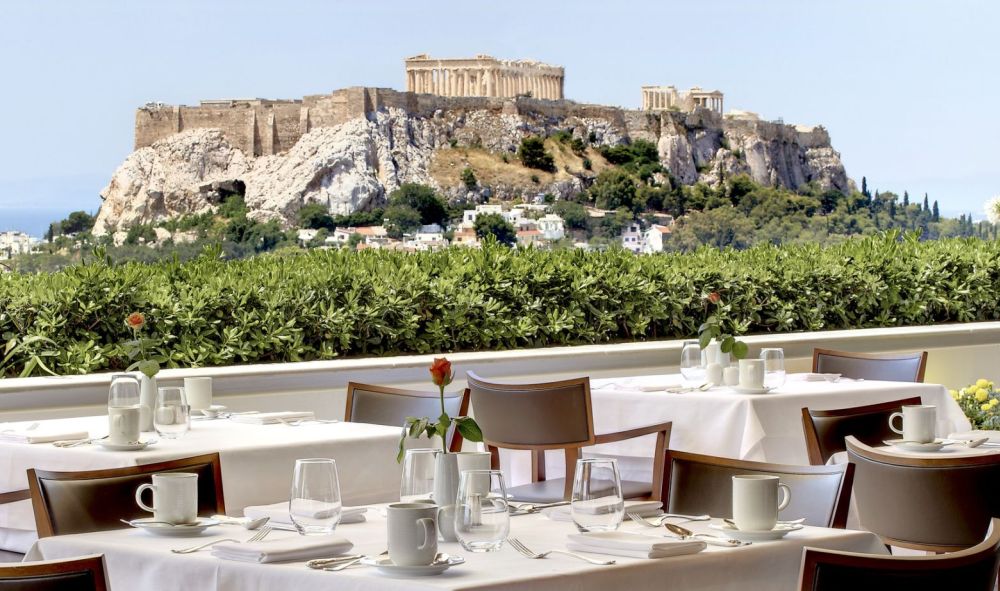 Despite marking the first upward trend after a negative run, 10-month occupancy levels failed to turn positive dropping by 12.5 percent compared to the January-October period in 2019.

According to the latest data released by EXAAA in collaboration with GBR Consulting, revenue per available room (RevPAR) increased after June by 21.3 percent in October and by 0.5 percent in the 10-month period to October. 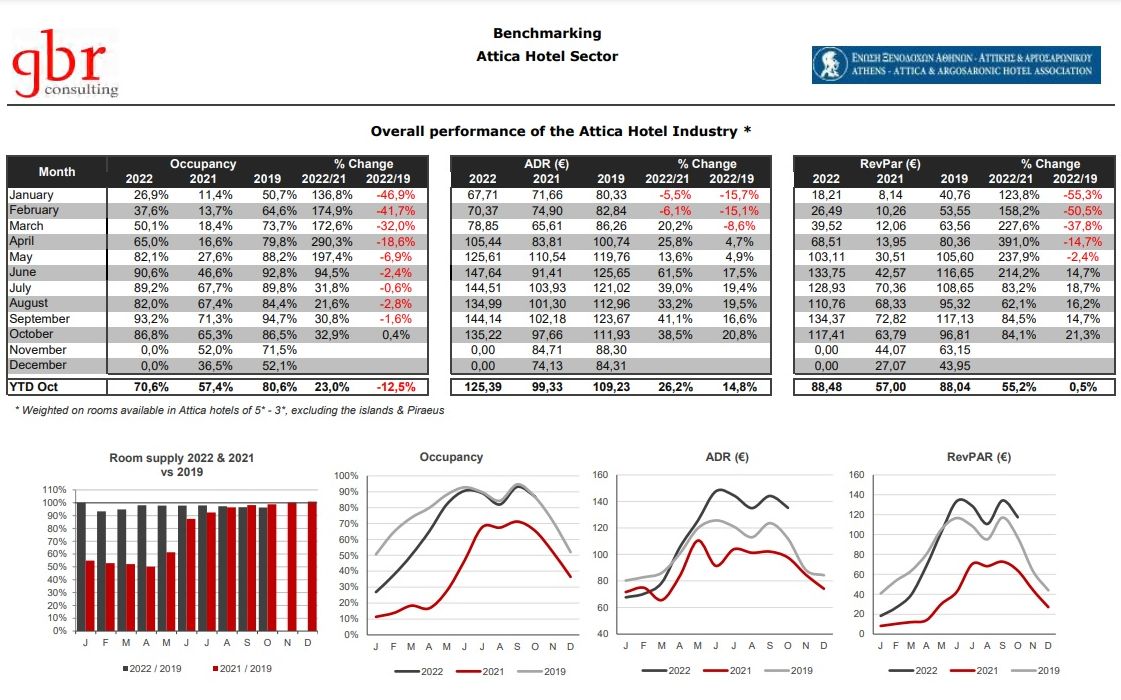 Average daily rate (ADR) also turned positive from April onward boosting the average price per room up by 14.8 percent in the 10-month period and by 20.8 percent in April.

According to EXAAA’s European Benchmark, the Greek capital managed to outperform most of its rival cities in October but fell below in the 10-month period, said EXAAA, adding that Athens fell behind rivals in almost all indexes with the lowest ADR at 125.39 euros compared to cities like Istanbul, Rome, Madrid, Amsterdam, Berlin and Barcelona. Indicatively, ADR in Paris came to 296.06 euros, 210.38 euros in London and 199.18 euros in Rome. 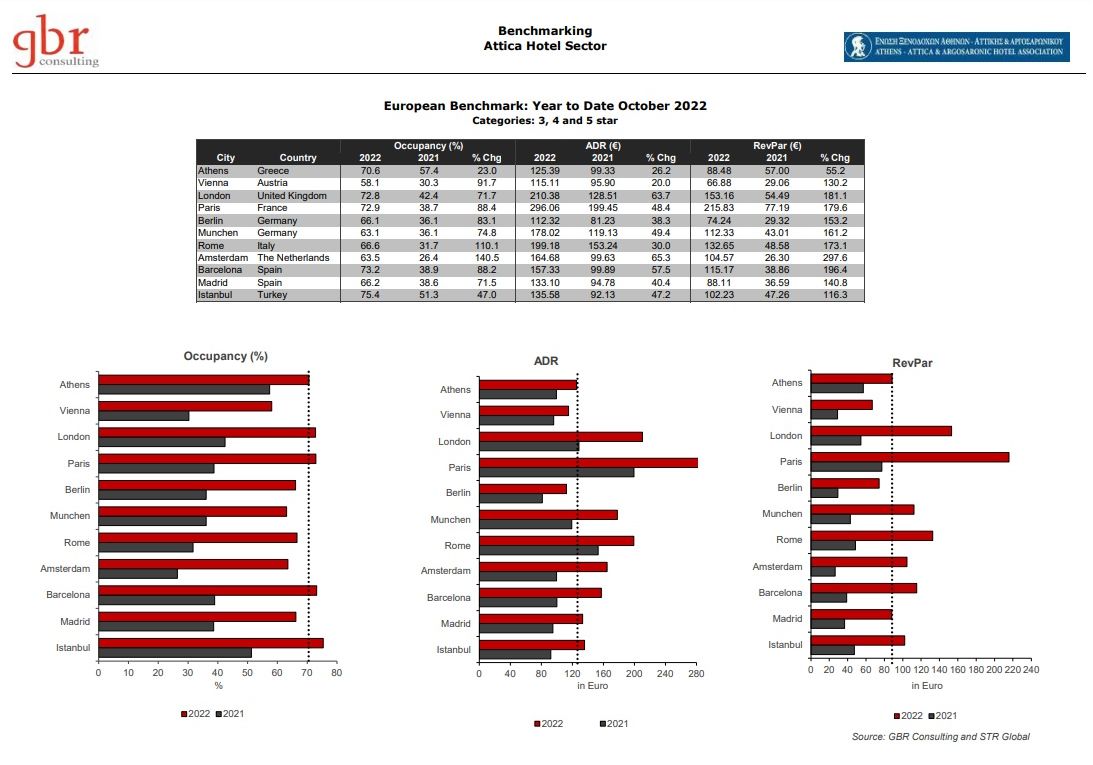 Commenting on the news, Athens hoteliers are reiterating their calls for infrastructure projects to upgrade and enrich the destination’s tourist offering; support of tourism enterprises in order for these to be able to cope with the high cost of supplies and operations; as well as the regulation of beds on offer in the wider Athens region.

In the January-September period 2022, average occupancy levels at Athens hotels were down by 14 percent over the same period in pre-pandemic 2019.