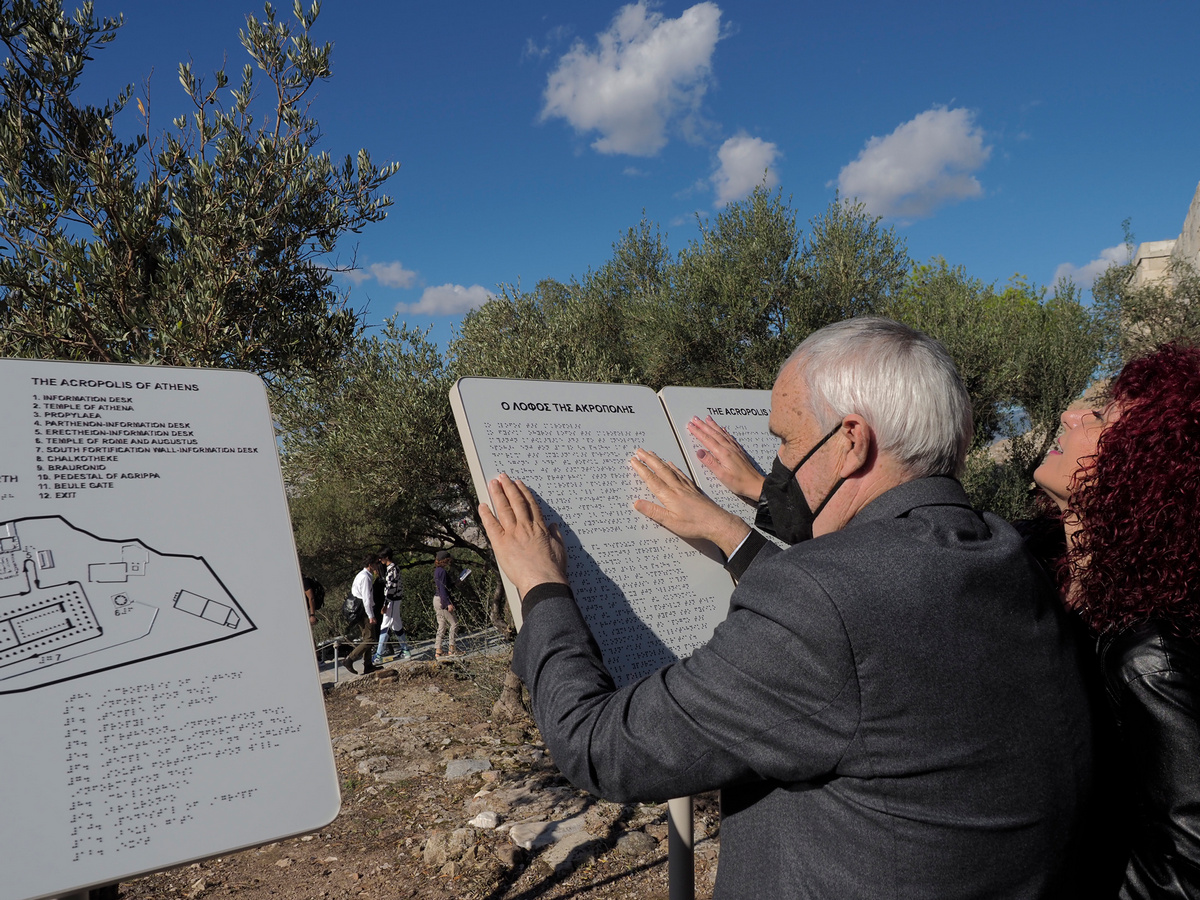 The program, which offers multiple interventions and supportive tools, is headed by the Culture Ministry and the Athens Ephorate of Antiquities in collaboration with the Lighthouse for the Blind of Greece. The Onassis Foundation supports and sponsors the program.

“Today we are happy to announce that the Acropolis becomes accessible to yet another group of our fellow citizens with disabilities,” said Mendoni, adding that the program for the visually impaired follows the slope lift operation and a wheelchair friendly routes creation that have offered additional unrestricted access to the site in the last two years.

During the launch event on Thursday, Mendoni followed the tactile route with Onassis Foundation President Antonis S. Papadimitriou and the Lighthouse for the Blind of Greece Chairman Maria Tzevelekou. 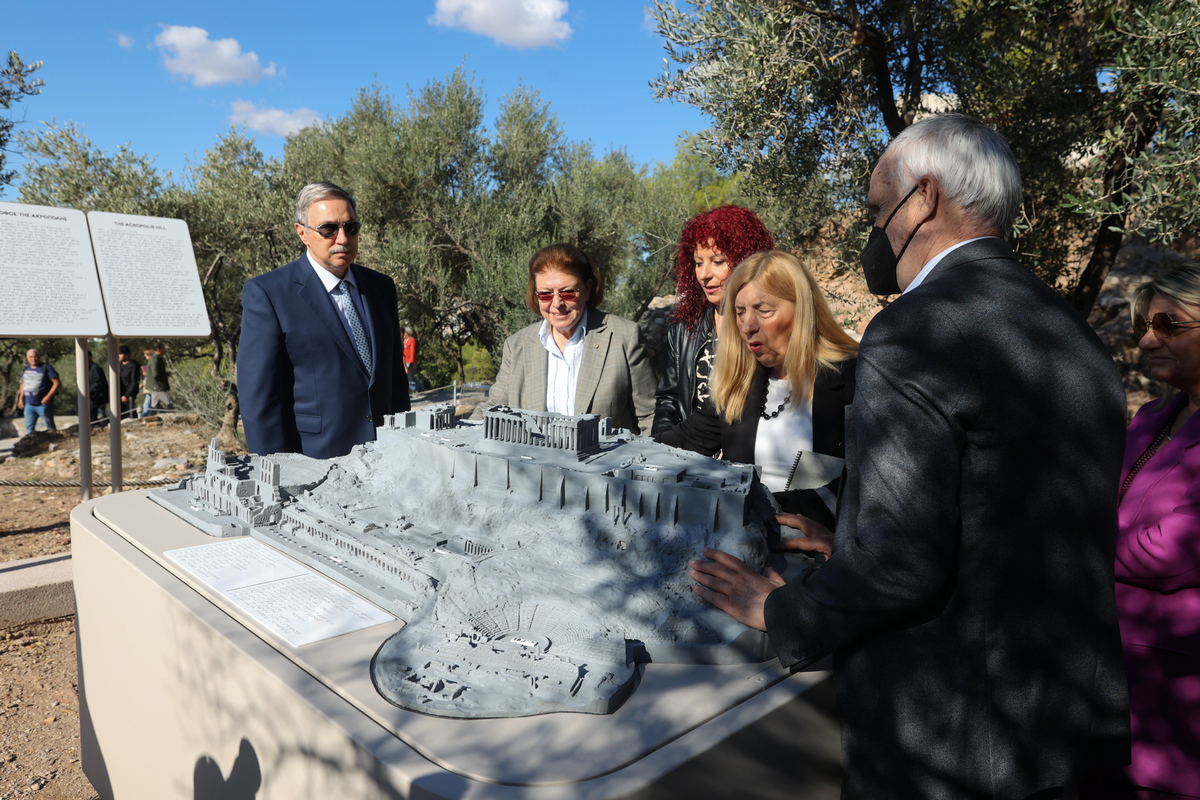 Papadimitriou noted that the new intervention is an addition to all previous actions supported by the foundation that have enriched Acropolis’ global cultural value.

“This intervention is not exclusively for Greek visitors as all signs with enlarged letters are translated into five languages,” he added.

The new chapter in the Acropolis accessibility program was referred to as an “ultimate expression of empathy” by Tzevelekou.

“I hope its serves as a step for a truly inclusive society where having a disability does not create stereotypes but opportunities to communicate and collaborate,” she added. 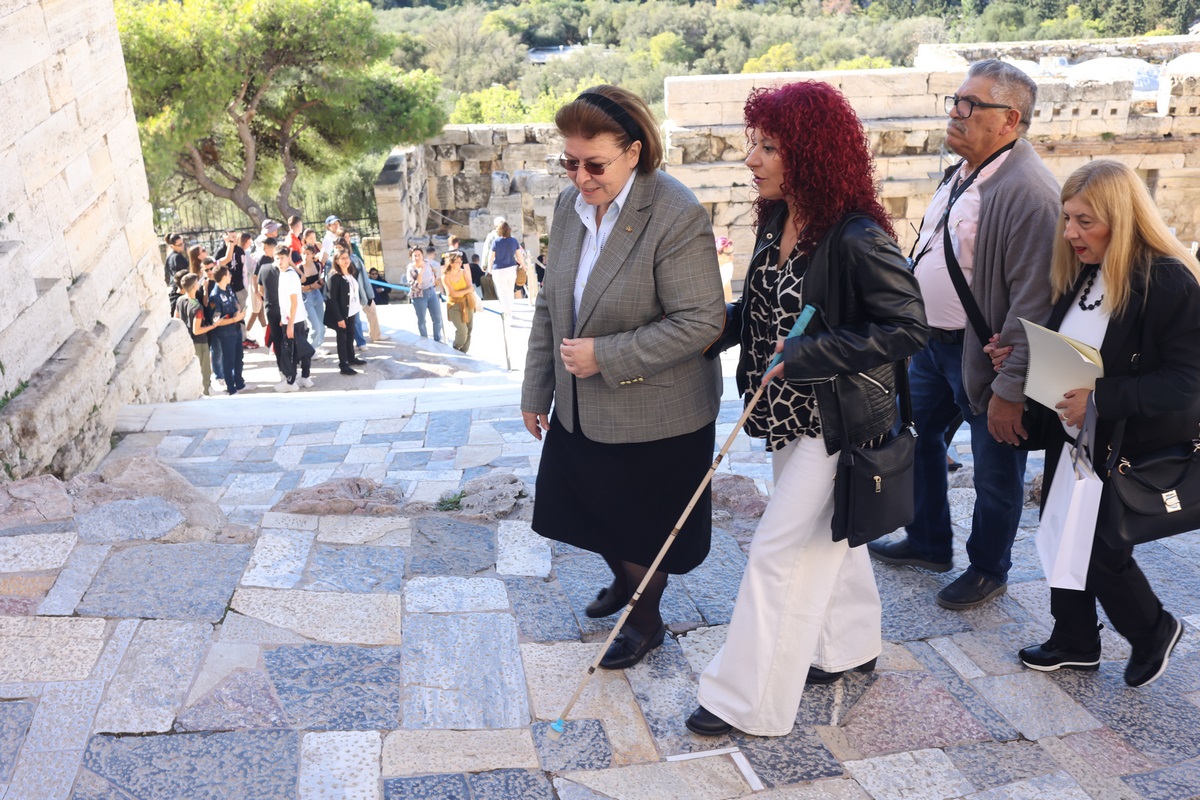 Mendoni and Tzevelekou at the Acropolis. Photo source: Ministry of Culture.

In addition to the above, the Acropolis archaeological site staff has received special training to assist the visually impaired during their visits.