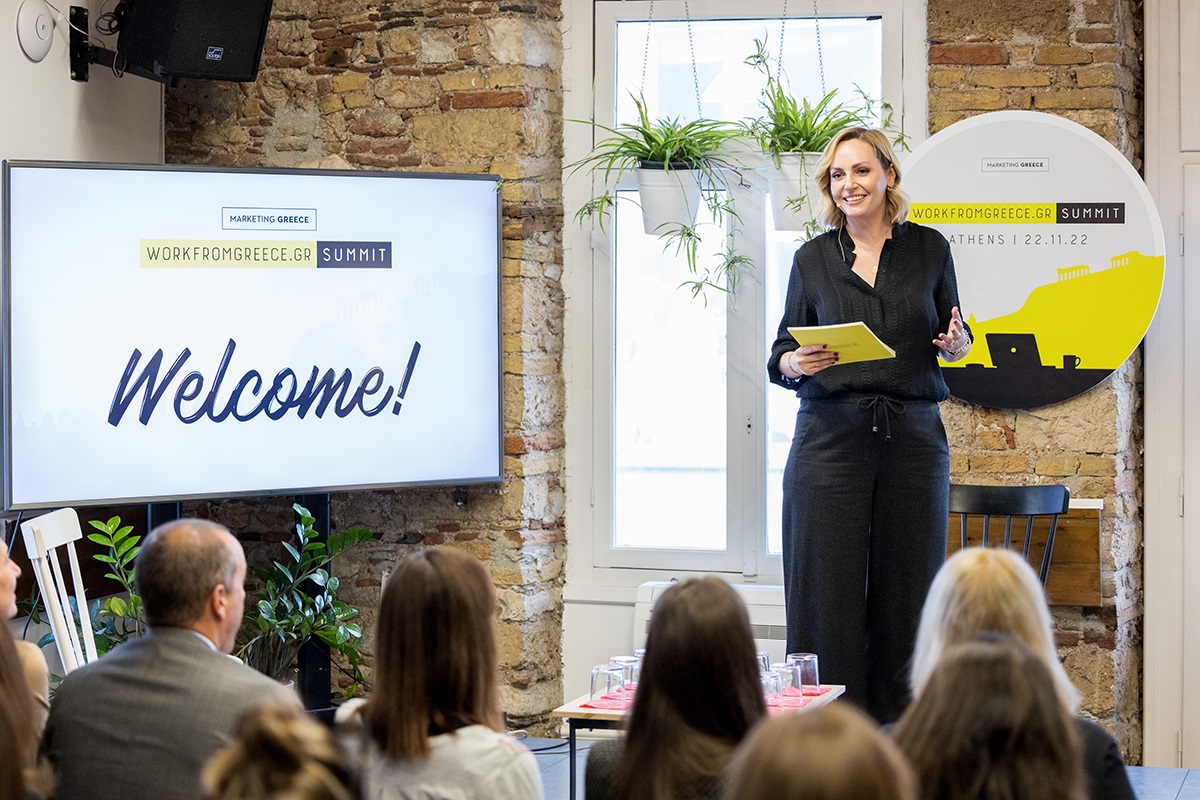 Greece is quickly evolving into a remote work destination with authorities taking actions to facilitate the move, according to the conclusions of this week’s 1st Work from Greece Summit organized by Marketing Greece.

Government officials, company executives and digital nomads attended the event and exchanged ideas on ways to develop the country into a remote work destination as well as on the added value it will provide the Greek tourism sector.

Opening the event, Marketing Greece CEO Ioanna Dretta referred to the workfromgreece.gr site which aims to answer all questions regarding remote work options in Greece and offer guidance.

“Digital nomads can serve as drivers of sustainable tourism development, help ease seasonality, boost revenue at destinations, but also create a network of ambassadors,” she said. 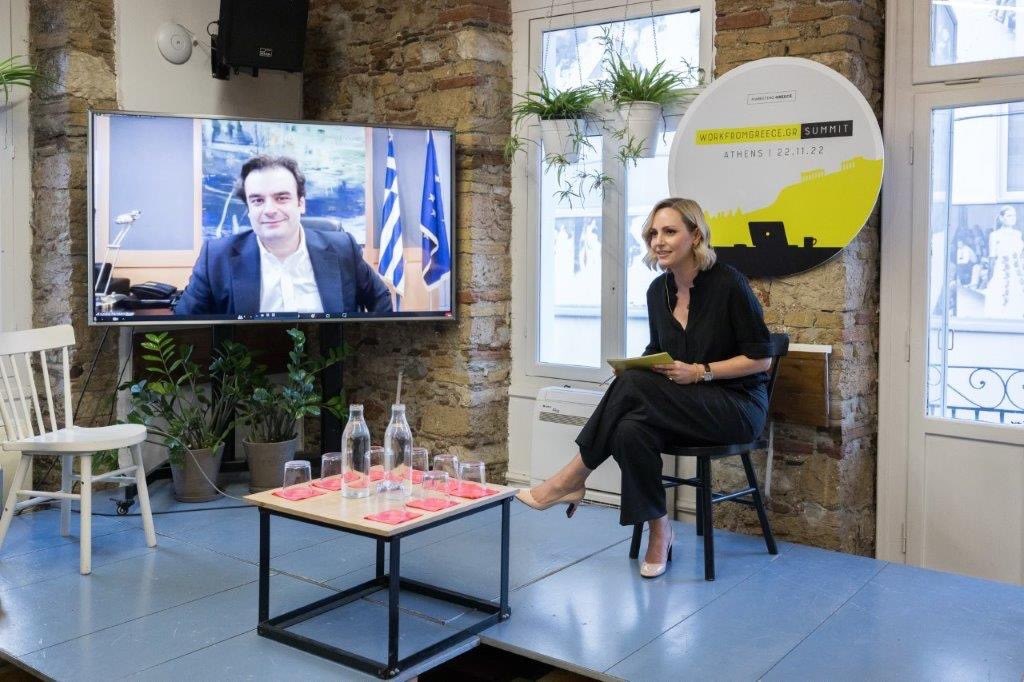 In efforts to simplify procedures, Digital Governance Minister Kyriakos Pierrakakis announced that individuals will be able to soon establish self-owned business (sole proprietorship) through Gov.gr whose services are currently being translated into English.

On his part, Tourism Minister Vassilis Kikilias said Greece was an ideal destination for remote work thanks to its climate and hospitality. “Executives of large international tourism companies have told me that Greece’s fine climate boosts employee moods and as a result their performance also.”

As part of government efforts to simplify procedures and attract more remote workers, Deputy Foreign Minister Militiadis Varvitsiotis noted that Greece was one of the first countries to regulate remote work adding that  in view of global competition, “it may be the time to make our approach more flexible”. Varvitsiotis also referred ministry initiatives, including the creation a special visa for digital nomads. 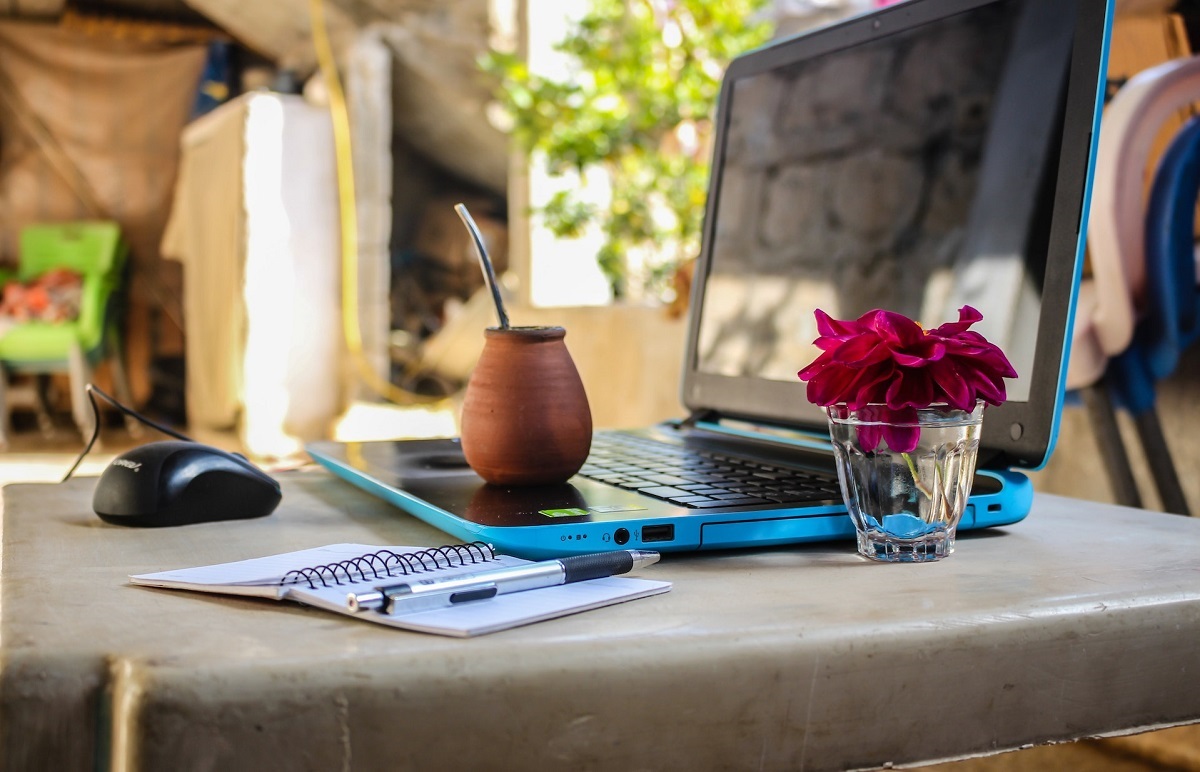 Earlier this year, a survey found that Greece still had a long way to go before being able to provide the work environment needed for remote employment. Slow internet, poor connectivity and lagging social and economic conditions placed Greece 32nd on a list of 66 countries on the Global Remote Work Index released by NordLayer.

Last year, the 1st Digital Mobilities Conference organized by the Digital Nomads Observatory also found that Greece was behind in terms of remote work environment but found that Athens was gaining ground as a digital nomad destination taking hands-on actions in this direction.

InvestEU Takes Off in Greece, Provides Funding for Key Projects