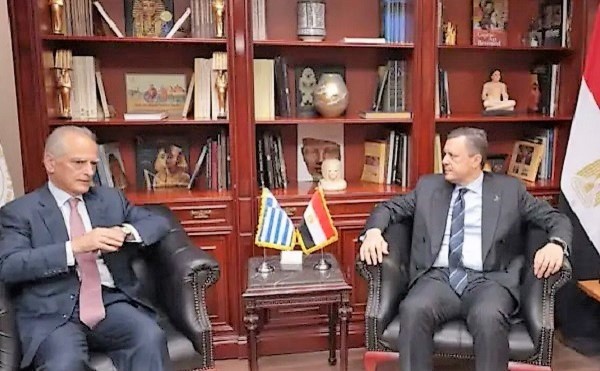 Ahmed Issa, Egypt’s Minister of Culture and Antiquities, met with Nikolaos Garilidis, Greece’s Ambassador in Cairo, to bid the latter farewell before the end of his term and thanked him for his close collaboration throughout his tenure.

The two officials discussed ways to enhance collaborations in the fields of tourism and cultural heritage and reviewed the restoration process and reopening plan of the Greco – Roman Museum in Alexandria.

Issa noted that the museum’s reopening will strengthen the historically close Egyptian – Greek relations, since it is one of the most important and oldest tourist and archaeological landmarks specialized in the Greco-Roman civilization in the Mediterranean basin. 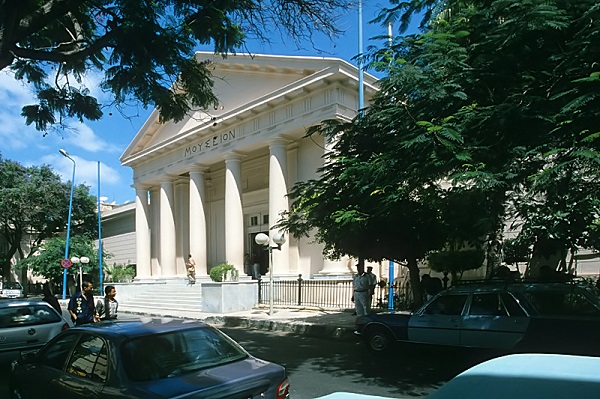 The Greco – Roman Museum in Alexandria.

During the meeting, Garilidis praised Egypt for its continuous efforts to promote the Egyptian tourism product and protect its heritage.

Greek Diaspora in Egypt was among the country’s biggest with a population reaching 140,000 people at its height. Following President Nasser’s nationalization program, today only a few thousand Greeks remain in Egypt with the largest communities found in Cairo and Alexandria.

Nevertheless, a large number of Greek associations and clubs, as well as schools and cultural centers is still active in country while the Patriarchate of Alexandria, whose activities extend across the entire African continent, retains excellent relations with the Egyptian State and Coptic Church.