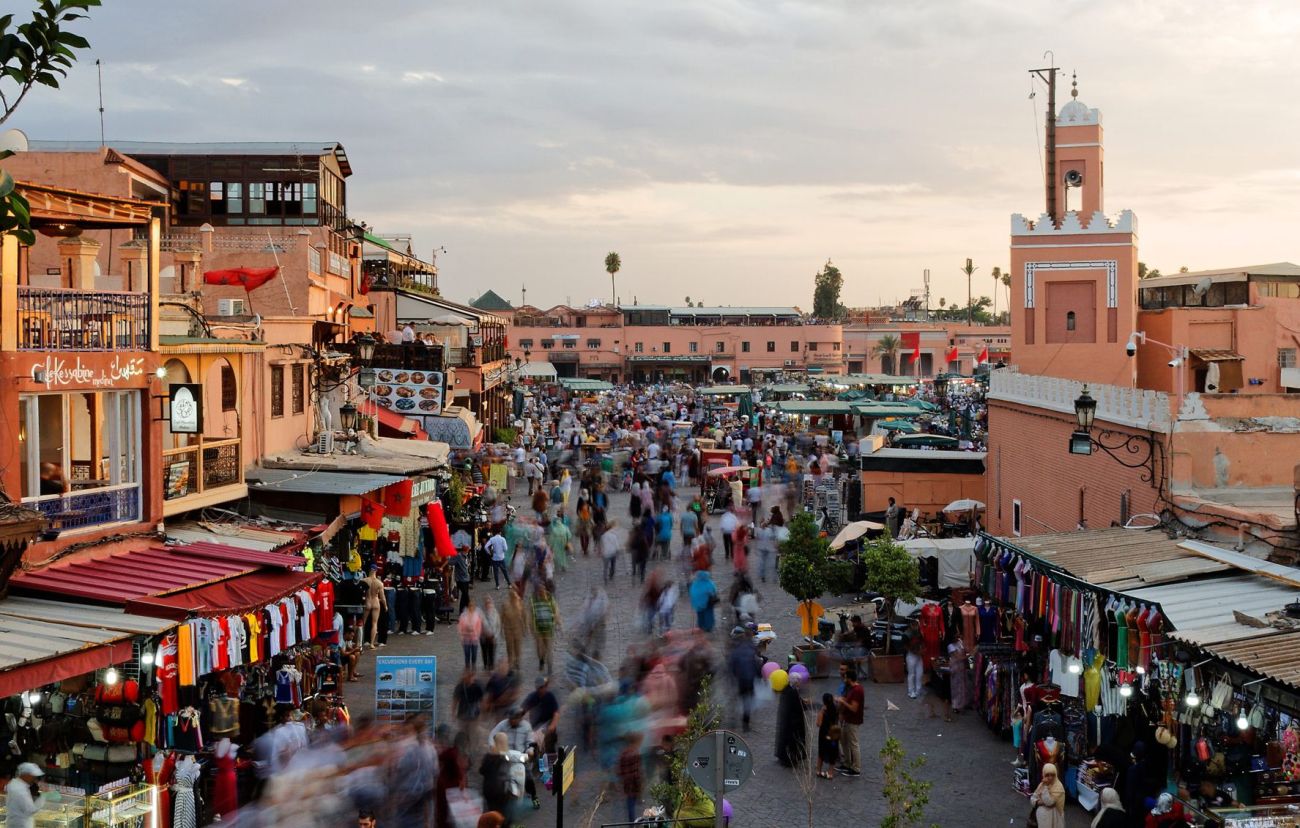 Global tourism is edging closer to pre-pandemic levels recovering 65 percent of 2019 activity with Europe leading the rebound in terms of arrivals and receipts, the World Tourism Organization (UNWTO) said this week.

According to the UNWTO’s latest World Tourism Barometer, some 700 million tourists traveled between January and September, up by 133 percent over the same nine-month period in 2021.

Monthly arrivals were 64 percent below 2019 levels in January and reached -27 percent by September. An estimated 340 million international arrivals were recorded in the third quarter of 2022, almost 50 percent of the nine-month total. 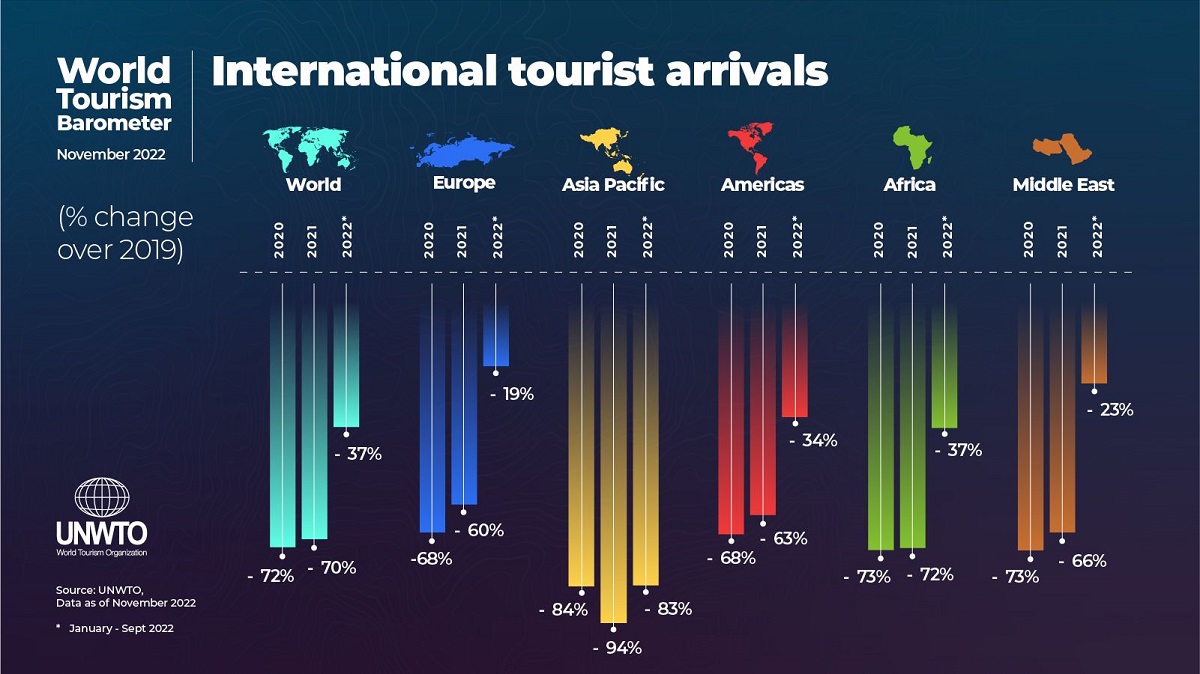 Europe made the strongest comeback welcoming 477 million international arrivals in January-September 2022, accounting for 68 percent of the global total and recouping 81 percent of pre-Covid levels.

This year’s performance in Europe was up by 126 percent over 2021 driven by robust intra-regional demand and travel from the US. In Q3, arrivals to Europe came close to 90 percent of 2019 levels.

According to the UNWTO barometer, Western Europe achieved 88 percent of 2019 levels in the January-September period and Southern Mediterranean Europe 86 percent marking the fastest recovery. The Caribbean, Central America (both 82 percent) and Northern Europe (81 percent) followed with strong results. 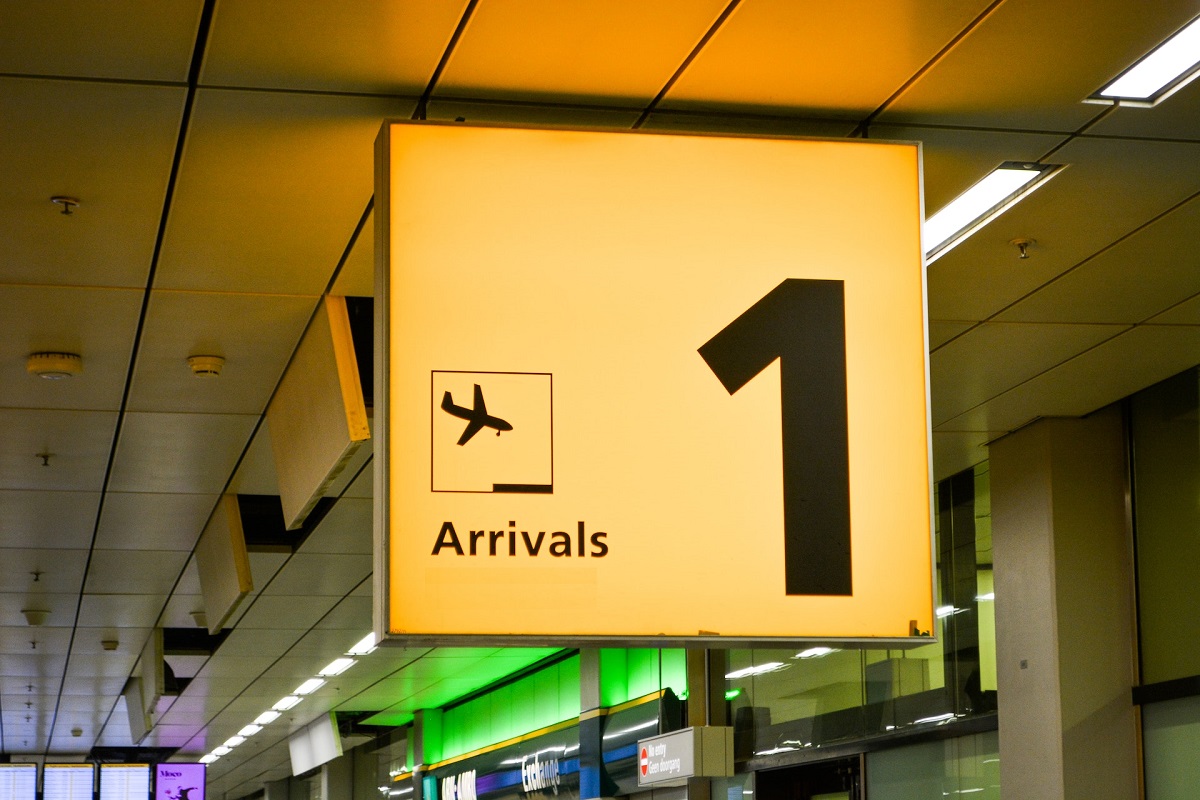 Meanwhile, in September arrivals in Northern Europe were down by 9 percent and by 10 percent in Southern and Mediterranean Europe compared to 2019 but up in the Middle East (+3 percent) and the Caribbean (+1 percent).

In terms of tourism receipts, in the first seven to nine months of the year, Serbia, Romania, Turkey, Latvia, Portugal, Pakistan, Mexico, Morocco and France made a strong recovery. Other markets reporting strong spending in the same period were Germany, Belgium, Italy, the United States, Qatar, India and Saudi Arabia.

Meanwhile, according to the UNWTO Tourism Recovery Tracker, air seat capacity on international routes in January-August reached 62 percent of 2019 levels, with Europe (78 percent) and the Americas (76 percent) posting the strongest results.