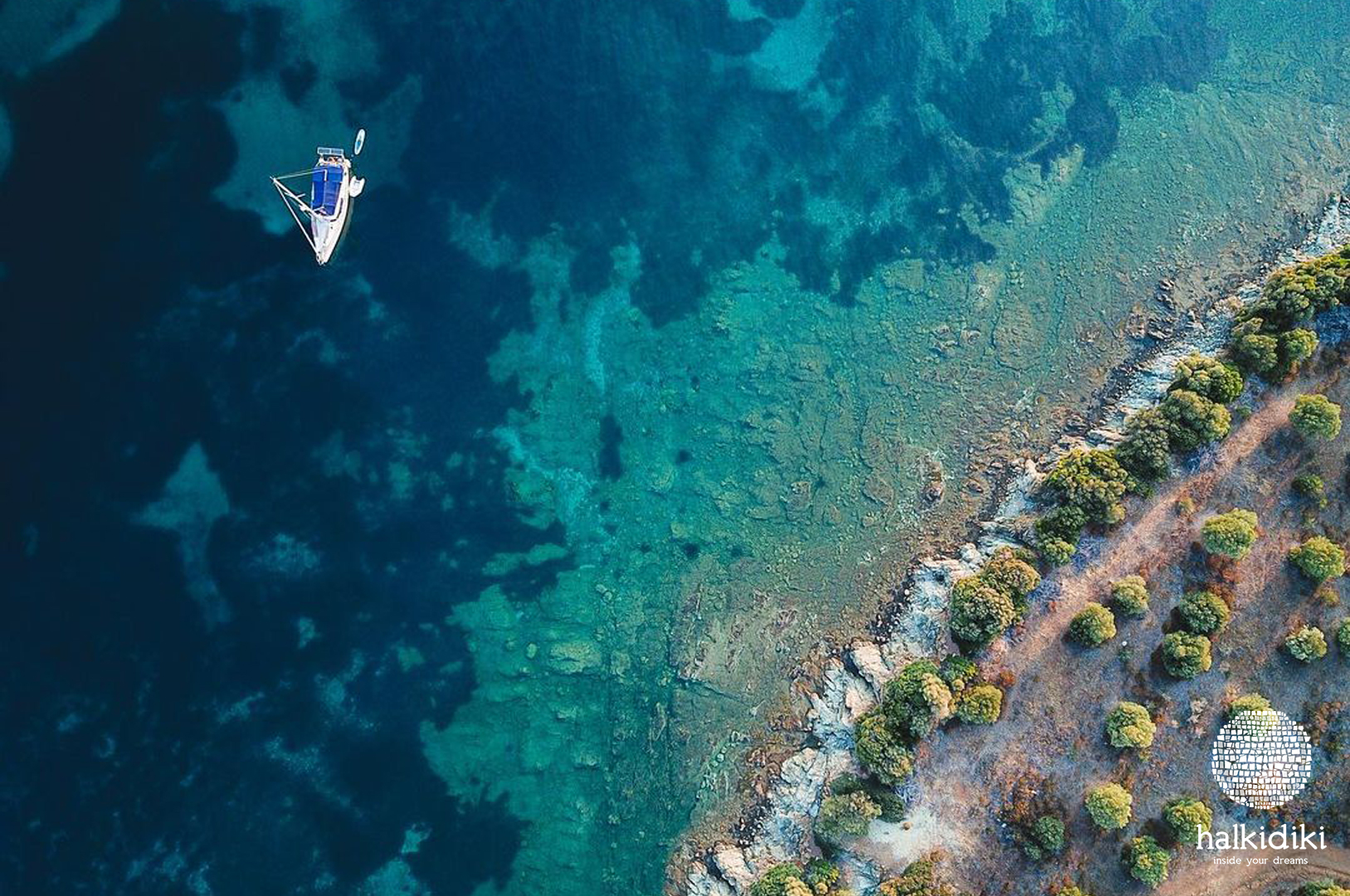 The hotel association of Halkidiki, northern Greece, recently celebrated 40 years of dedication to building and promoting the destination’s hospitality industry.

The association celebrated its 40th anniversary with the industry on November 19 at the Thessaloniki International Exhibition Center during the 37th Philoxenia expo.

“We feel pride for our journey from ‘infancy’ to ‘adulthood’ and establishing the Halkidiki Hotel Association as a leading body for the tourism development of the region,” the association’s secretary general, Lazaros Gatsios, said to an audience of industry professionals. 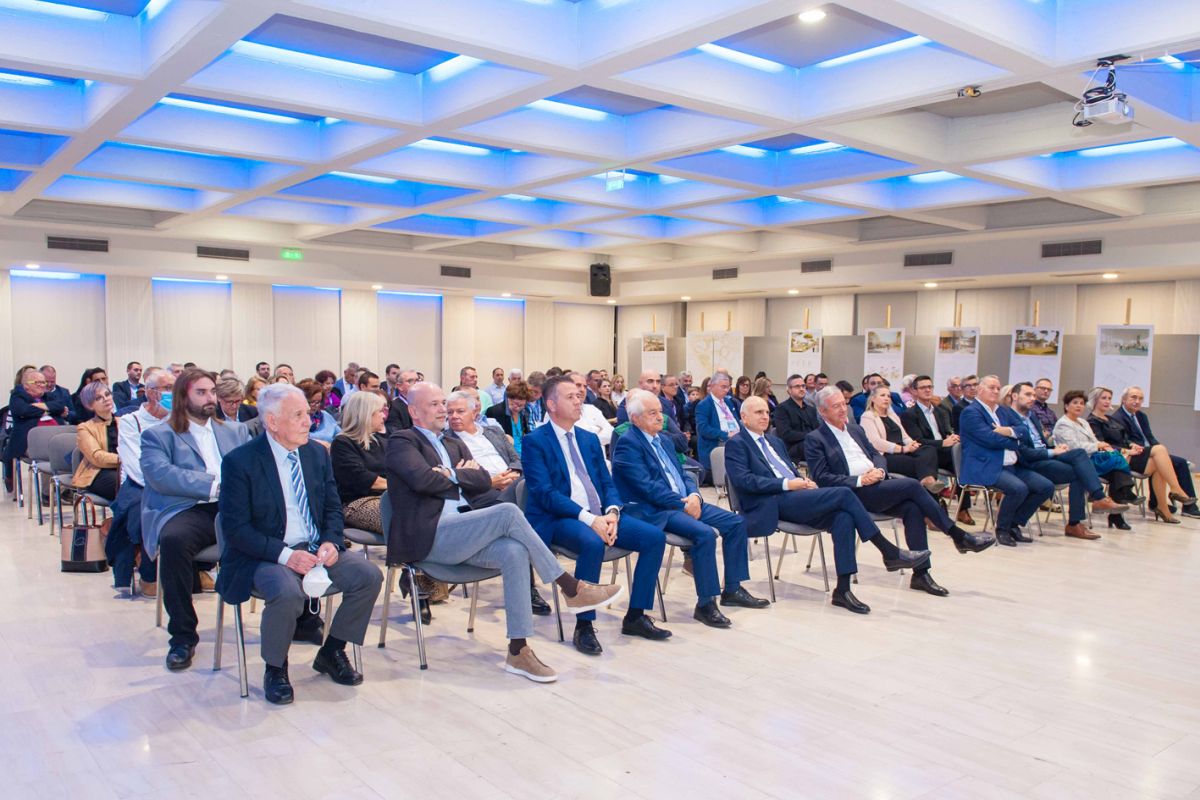 Also present were hoteliers who had left their mark on the 40-year history of the Halkidiki Hotel Association with their tireless efforts, leading Halkidiki to the highest rankings as one of the most established destinations in the global travel market.

Speaking emotionally, the association’s president, Grigoris Tasios, made special reference to the huge contribution of his predecessors and thanked them for all their efforts.

The Halkidiki Hotel Association’s humble beginning began in 1982, back when the destination counted only some 30 hotels. The association’s first president was Dimitrios Grigoriadis (1982 – 1991), who was followed by Andreas Andreadis (1991 – 2000), Michalis Athanasopoulos (2000 – 2006) and then Gerasimos Bakoyannis (2006 – 2009). Each president represents specific periods of the destination’s hotel industry development from 1982. 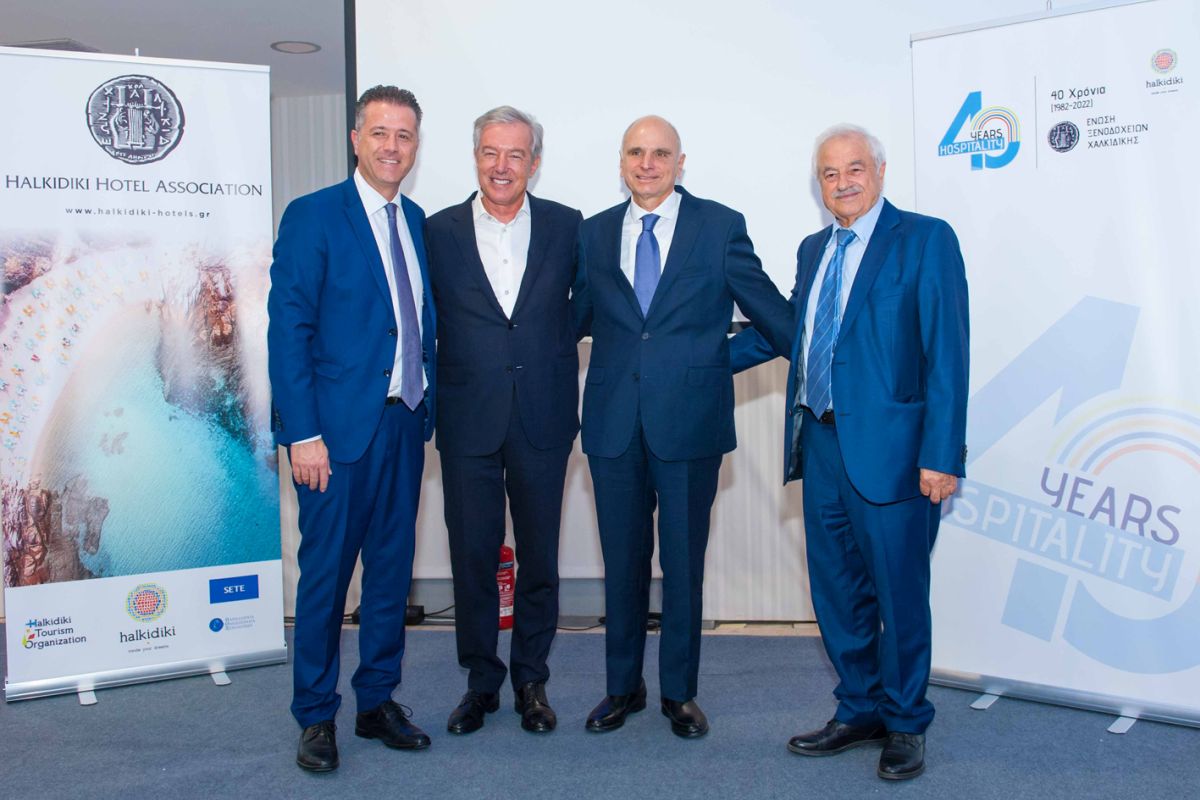 “There is no other destination like Halkidiki. We will definitely do more in the coming years,” Tasios promised when referring to the strength and momentum gathered by the association in its journey to cope with the growing demands on the tourism industry.

Tasios is the longest-serving president of the Halkidiki Hotel Association. Having been a member of the association’s Board of Directors from 2003 to 2009, Tasios became president in 2009 and will remain at the helm until 2024.

Former presidents reminisce Halkidiki in the past 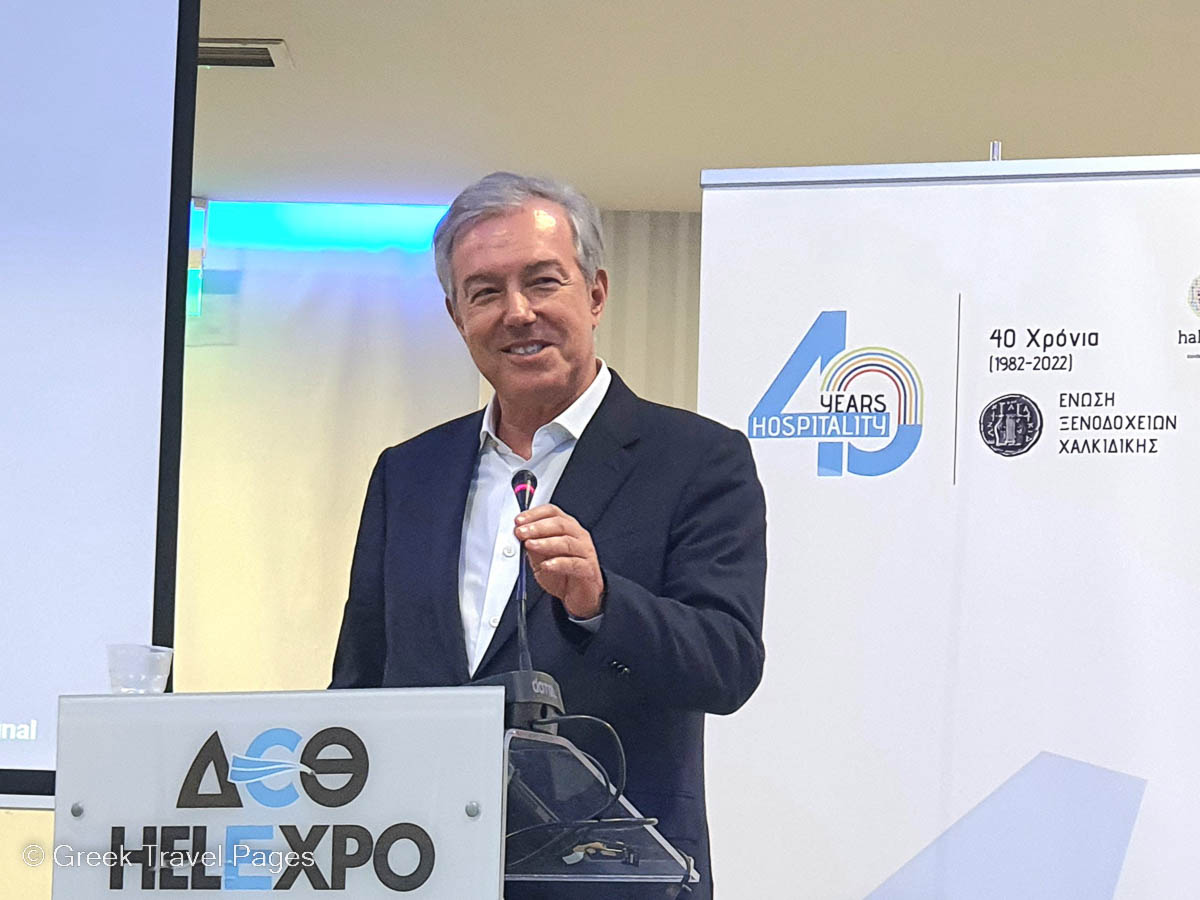 Speaking during the anniversary event, Andreas Andreadis, honorary president of SETE and former president of the Hellenic Hoteliers Federation and of the Halkidiki Hotel Association, recalled the most important stages of tourism activity in Halkidiki and gave the audience a glimpse into the destination’s historical past.

Andreadis went back as far as the 1960s “when the first large hotel units were built” despite the obstacles from the lack of infrastructure.

Referring to the destination’s reputation today, Andreadis said it has great potential for even more development in the future. 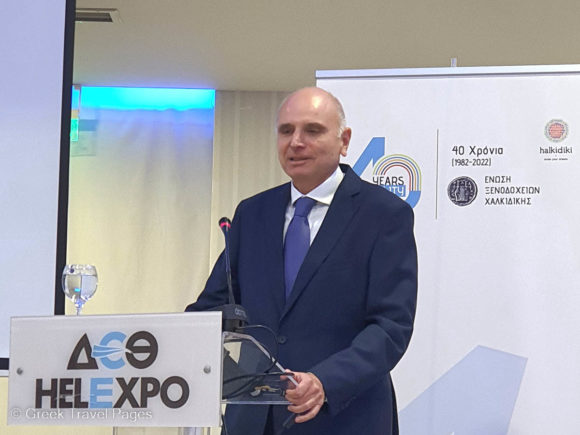 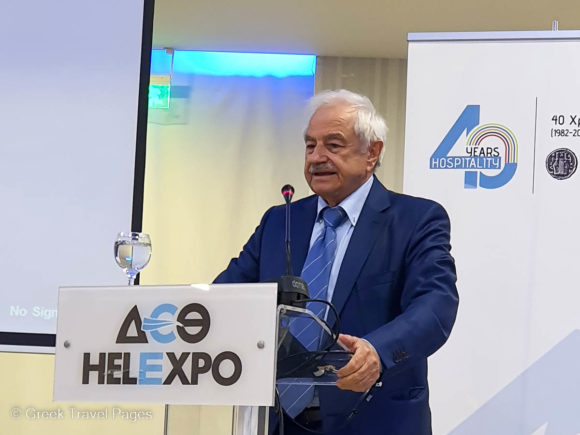 Additionally, former presidents, Athanasopoulos and Bakoyannis, referred to the association’s long history and its strongest moments, expressing their support for future efforts.

The video included photos and statistics that date back to the first steps taken by the association to promote Halkidiki’s tourism potential and offerings to the international travel market, up to its successes today.

According to the data, the Halkidiki prefecture in 1979 had only 27 hotels. Today the destination counts 510 units, 96 blue-flag beaches – a first for Greece – and more than 1 million visitors a year.

“Halkidiki’s development in hotel infrastructure began in the decade 1981-1990 with a ‘spectacular’ increase in both units and beds,” Gatsios said.

The association’s secretary general underlined that Halkidiki has the longest coastline of all the mainland prefectures of Greece – 550 km – and more than 1,000 beaches. 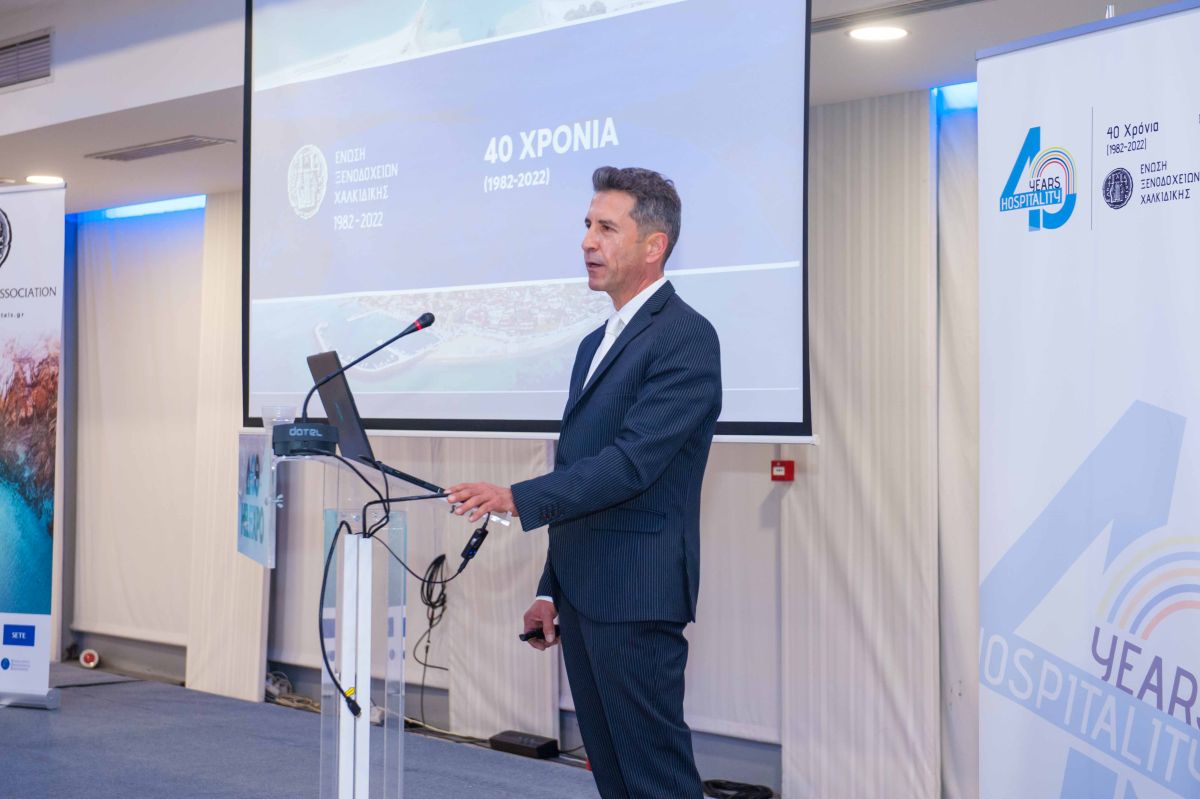 The Halkidiki Hotel Association is the first association to create a local Statistical Data Collection Observatory, in collaboration with the Institute for Tourism Research and Forecasts (ITEP).

With its central offices in Polygyros (Halkidiki), the Halkidiki Hotel Association also has a branch in Thessaloniki. Its members are hotels that belong to the prefecture of Halkidiki.