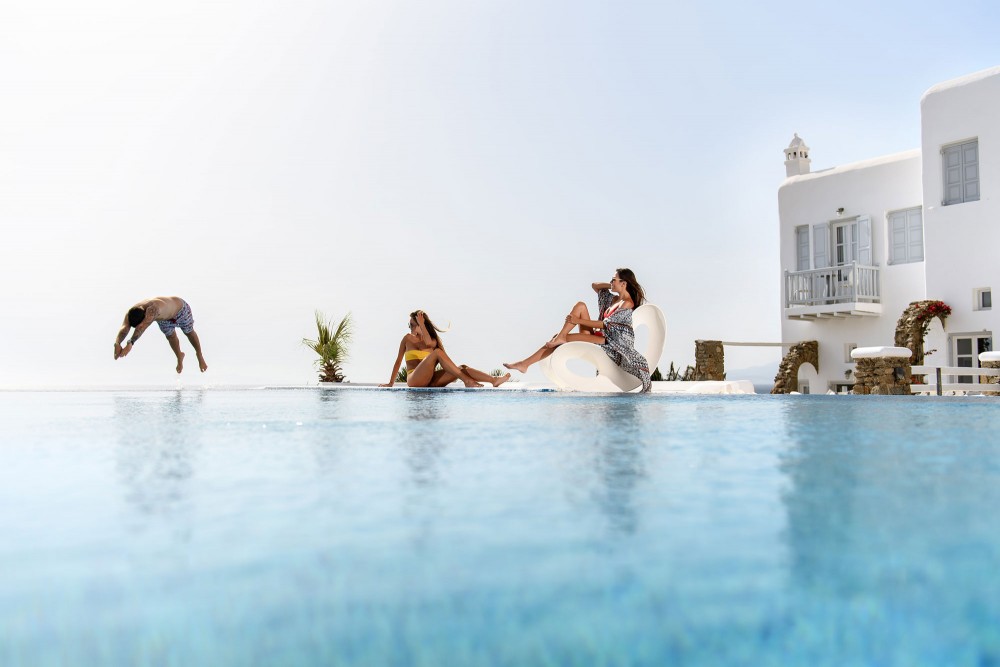 With Greek tourism on a role this year it’s no wonder that local and international investors have their eye on Greece’s hospitality scene.

Over the last few months, announcements have been made concerning the sale of large hotel units, the launch of new investment projects for large and small hotels and new hospitality groups interested in entering Greece’s hospitality scene to invest. 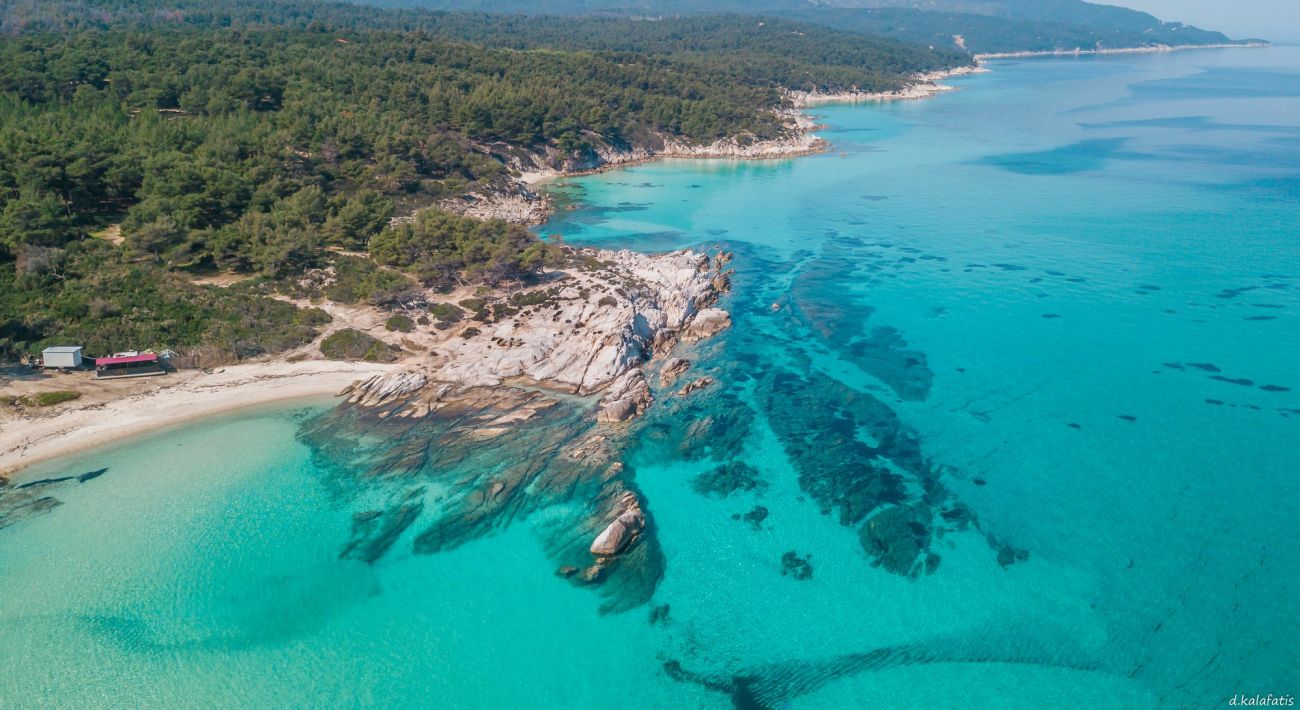 The most recent announcement came from Mitsis Hotels, a Greek hospitality group counting 45 years in tourism. Just last month, Mitsis Hotels announced that it was expanding its operation with a 20-year management agreement with Happy Holidays SA for a new 5-star resort located near the village of Sarti, Sithonia, Halkidiki.
The resort will consist of a 5-star boutique hotel offering 52 rooms, conference & wellness center, a 5-star all-suites hotel offering 98 rooms, a thalassotherapy center, F&B and retail square and a tourist boat shelter with a capacity of 20 berths.

Mitsis Hotels will contribute to the pre-planning phase of the project which will include the definition of the brand concept, business planning, performance management as well as the propositions of technical, design and construction functions. 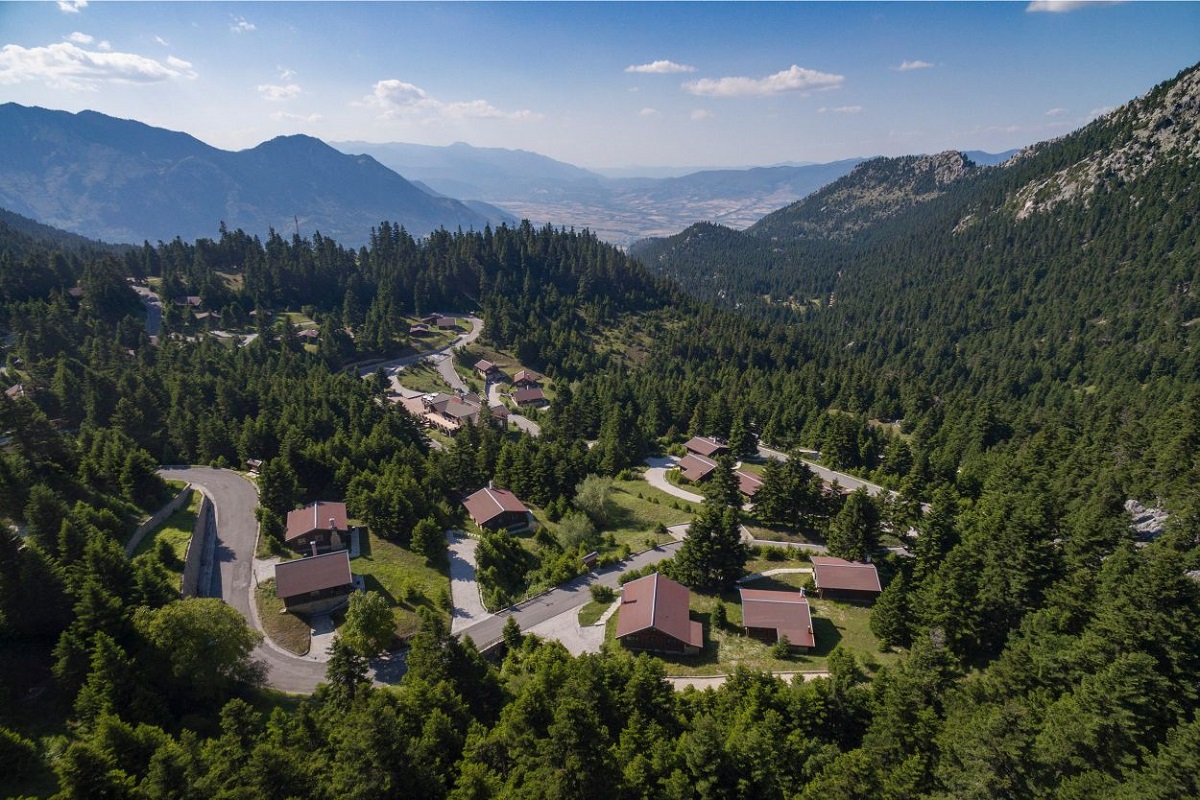 Also in October it was announced that the 4-star Elatos Resort & Health Club was sold by Elatos Investment Ltd, an interest of the Eletson shipping company of the Kertsikov, Hatzielethriadis and Karastami families to Athanasios Laskaridis, the main shareholder of the Lampsa group. Elatos Resort offers 40 wooden chalets located in the area of Eptalofos on the northwest of Mount Parnassos at a distance of 35 minutes to the Parnassos Ski Center (Kelaria) and to Arachova.
The property will be transformed into a luxury mountain resort with an emphasis on wellness attracting guests throughout the year. No further transaction details were revealed. The resort is expected to re-open in 2024. 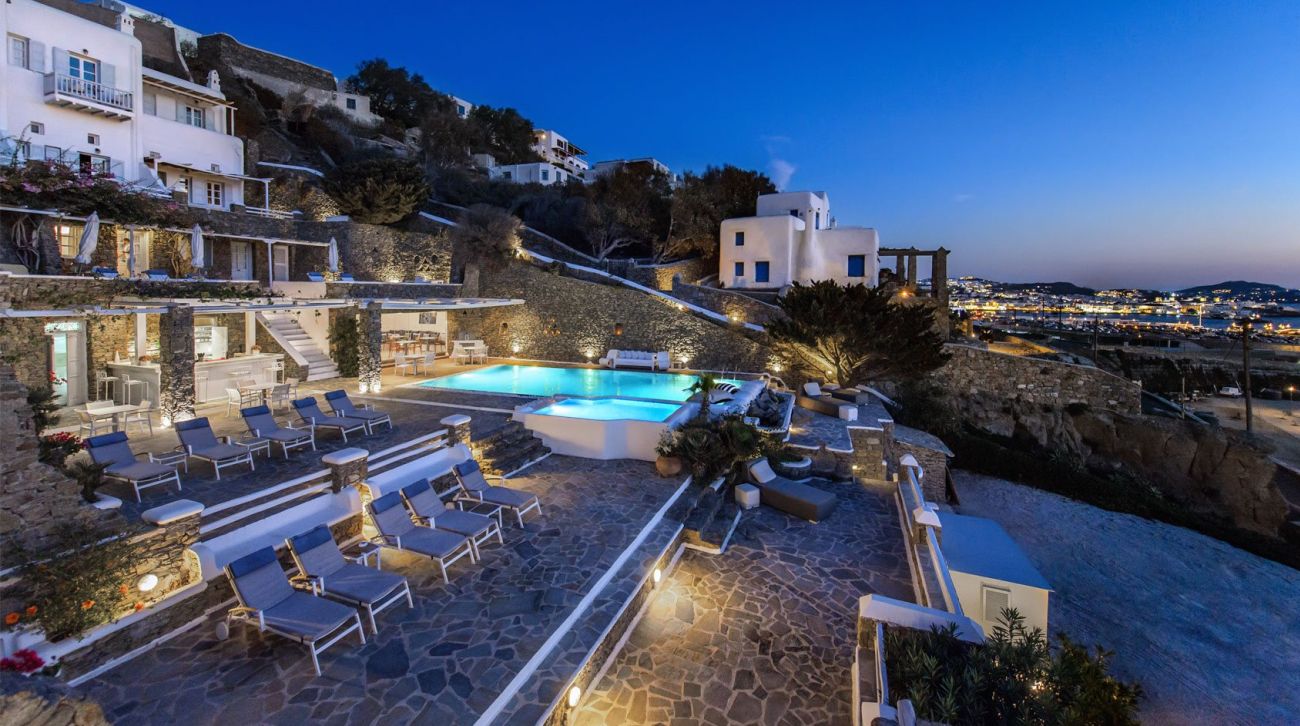 Intrakat, a leading player in the country’s construction sector, announced the acquisition of the Apanema Resort on Mykonos for an amount of 10.6 million euros. The property, located 900m from Mykonos town, currently has 17 spacious rooms, but will be fully renovated and return to the market as a high-end boutique hotel. Intrakat also has in its boutique hotel portfolio Branco Mykonos, as well as the hotels Met34 and Xenodocheio Milos (opened this year) in Athens. On Mykonos, Intrakat is also developing a residential complex of 200 beds in Ano Mera. 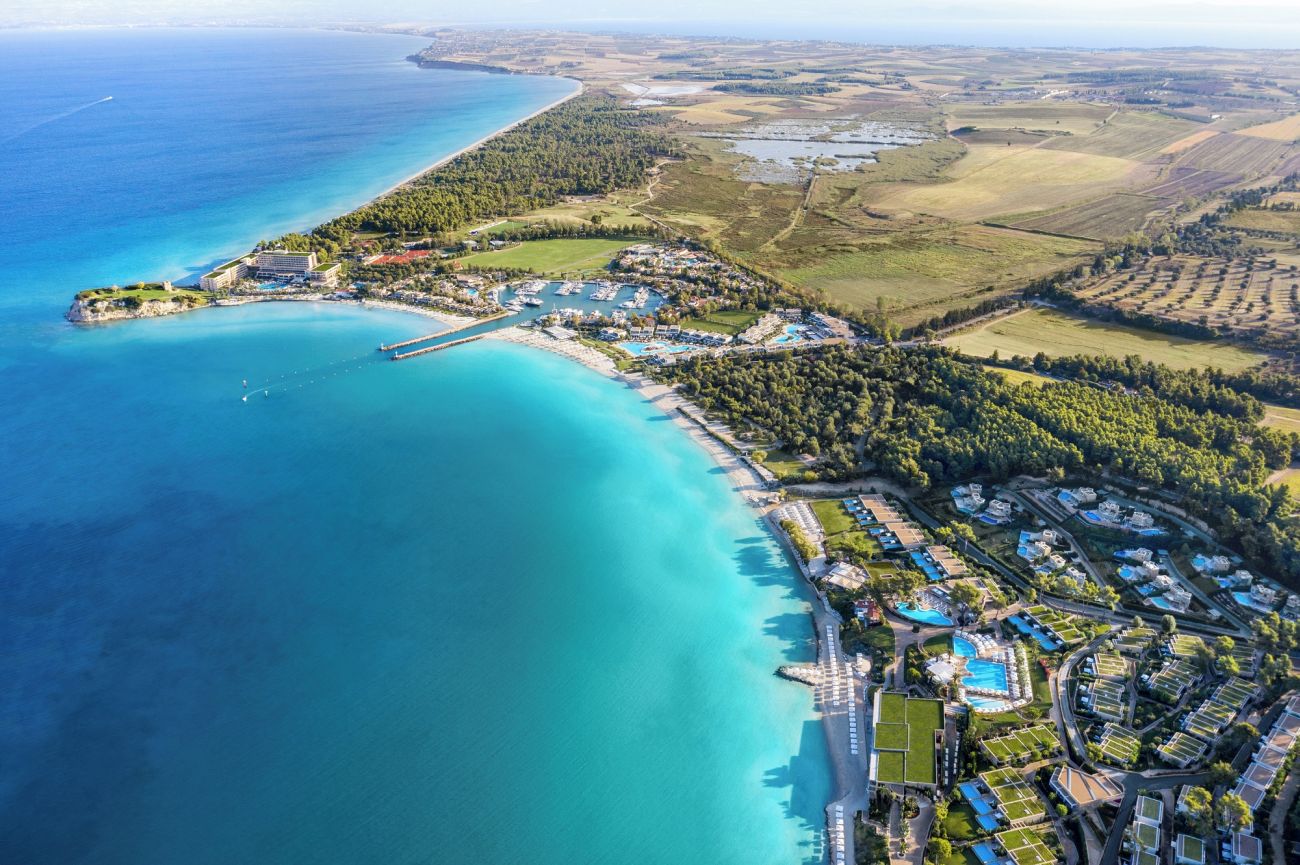 Sani/Ikos Group (SIG) and GIC, a global institutional investor, announced in September that they entered into a strategic partnership under which GIC will become the leading shareholder. The transaction values the Sani/Ikos Group at 2.3 billion euros. The transaction is expected to close in the fourth quarter of 2022, subject to customary regulatory approval.
Since its creation in 2015, SIG has expanded its asset base and scale by a factor of four with the backing of blue-chip investors including funds managed by Oaktree Capital Management L.P., funds managed by Goldman Sachs Asset Management, Moonstone, Florac and Hermes GPE who will be selling their stakes to GIC as part of this transaction. Andreas Andreadis and Mathieu Guillemin will continue to manage SIG as CEOs and co-managing Partners, while Stavros Andreadis will become Honorary Chairman of the Group. All also remain significant shareholders. 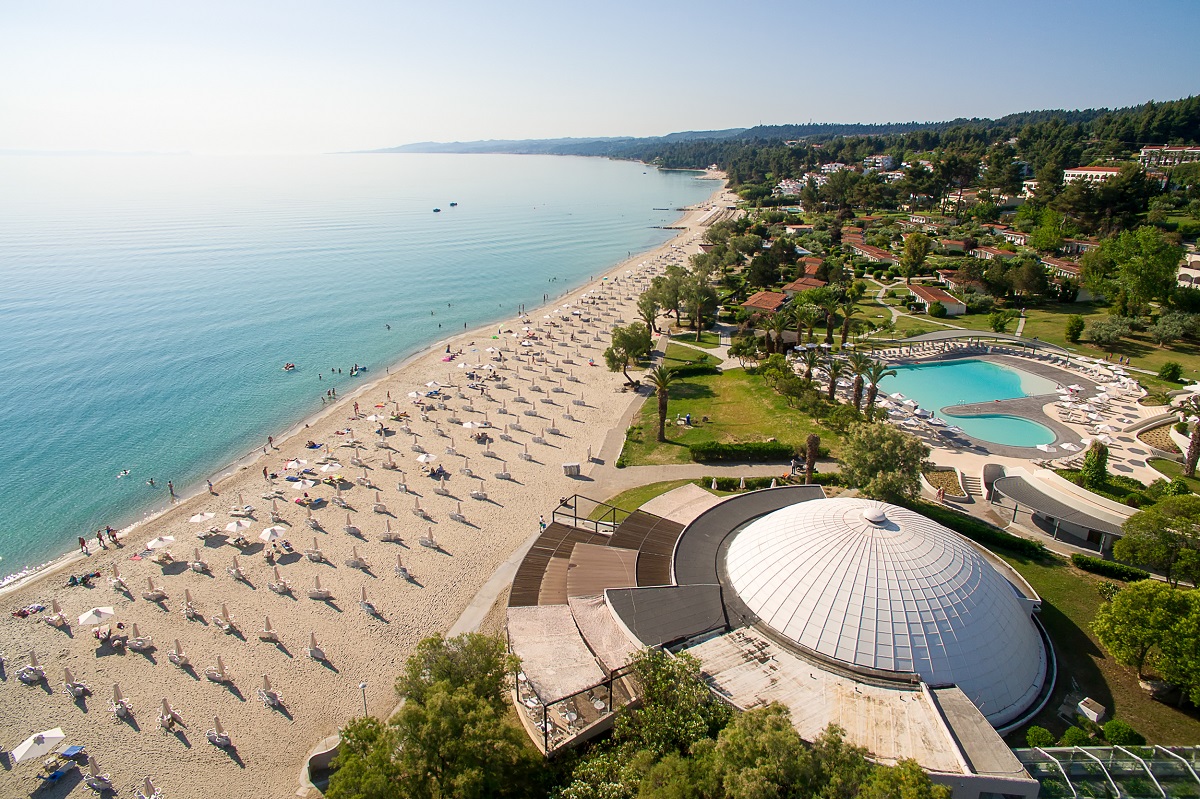 A deal between the Grigoriadis Family and Goldman Sachs Asset Management was recently completed. The deal concerns 3 hotels of the Ghotel Group located near the town of Kallithea, Kassandra, Halkidiki on a plot of land of about 142 stremma: the 4-star Pallini Beach with 485 rooms & bungalows, the 4-star Athos Palace Hotel with 413 rooms and the 5-star Theophano Imperial Palace offering 151 rooms. The total current room count of the deal is 1,049 rooms. In the coming years it is expected that the property will be repositioned.
Other hotels of the Ghotels Group are the 5-star Simandro Beach (367 rooms), the 3-star Macedonian Sun (147 rooms), both located in Halkidiki and the 3-star Panormo Beach in Rethymno, Crete (43 rooms). 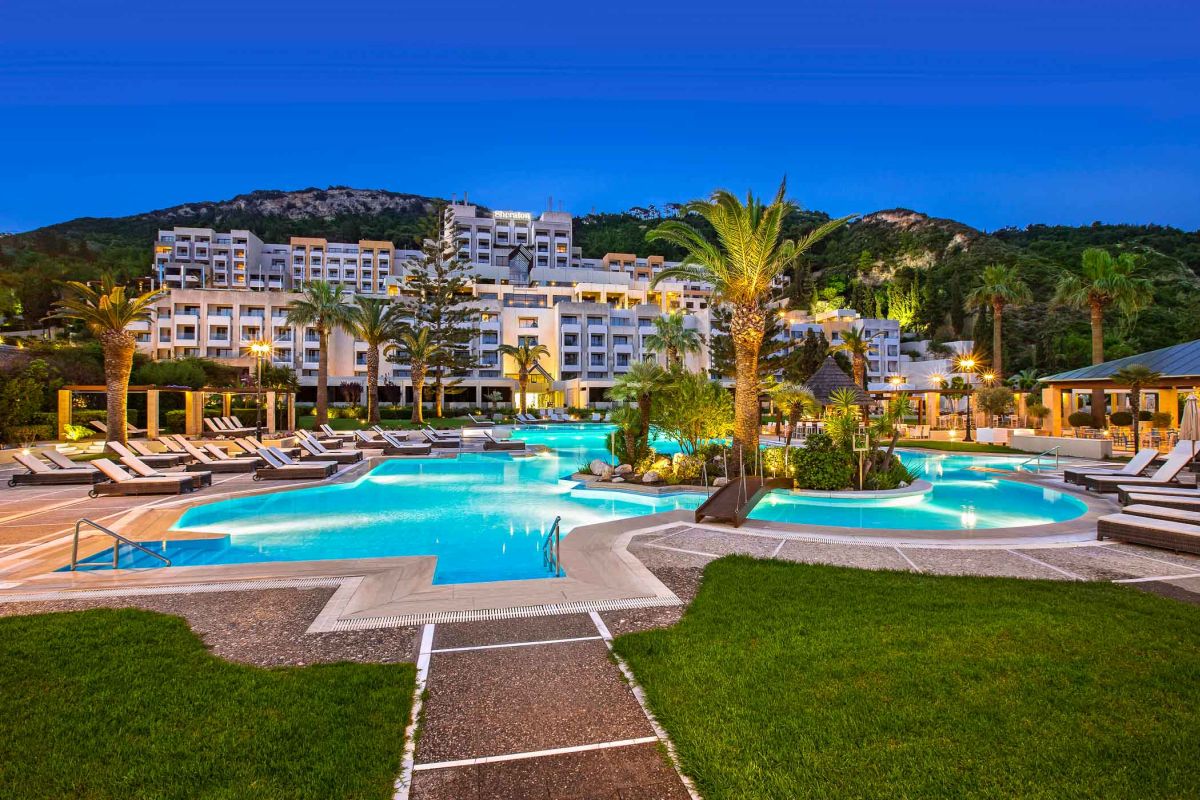 In the beginning of August it was announced that the 5-star 401-room Sheraton hotel on Rhodes was sold by Lampsa SA to Azora European Hotel & Lodging F.C.R for an amount of 43.8 million euros (109,000 euros per room). Lampsa SA has a portfolio consisting of the 5-star hotels Grande Bretagne, King George and Athens Capital in Athens and the Hyatt Regency and the Mercure Excelsior in Belgrade, Serbia. For Madrid-based Azora it is the first hotel acquisition in Greece. 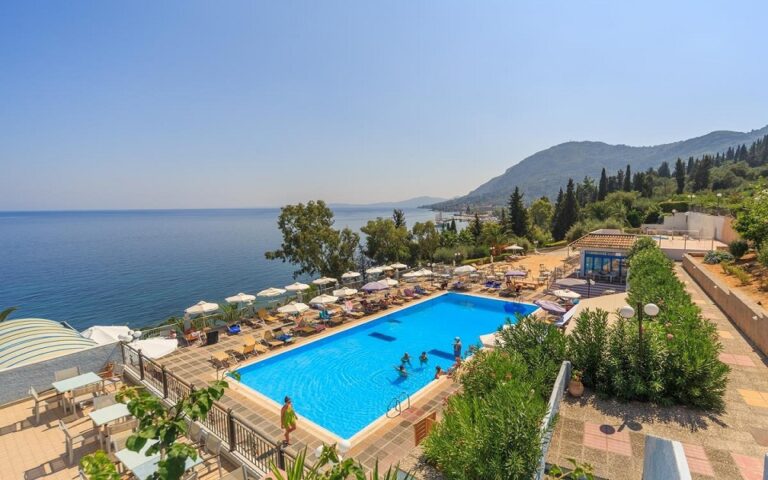 In June the Grande Mare Hotel on Corfu was finally sold in an auction for 5.89 million euros after numerous attempts. The property is located in Benitses, 10 km south of Corfu Town in front of the 5-star Angsana Corfu. The Grande Mare does not have direct access to the beach.