An icon that was stolen in 2005 from a monastery in Ioannina and found before it was auctioned in London in 2017. Photo source: Ministry of Culture.

An exhibition with icons that had been stolen and repatriated was recently inaugurated by Greek Culture Minister Lina Mendoni in Ioannina, Northwestern Greece.

Entitled “From Seizure to Return”, the exhibition sees 24 icons and two sets of “royal doors”, as they are called in the Eastern Orthodox architectural vocabulary, on display.

During the event, Mendoni expressed her satisfaction about the efforts made to repatriate the stolen icons, noting that “every antiquity, every icon, every cultural asset of our country, is part of our identity… We must all contribute to their repatriation.”

The items exhibited were stolen from churches and monasteries of the Ioannina Holy Metropolis and were found in private galleries abroad or waiting to be auctioned.

“This illegal trafficking and trading is part of a wider criminal activity, which is highly complex and well networked internationally,” said Mendoni, highlighting that this type of trade is considered one of the most profitable in the world next to illegal weapons and narcotics trading.

The minister stressed that Greece has developed a very dynamic global role for the protection of cultural heritage, by ratifying related treaties, developing bilateral and multilateral international collaborations and adapting the country’s legal framework regarding the punishment of smugglers. 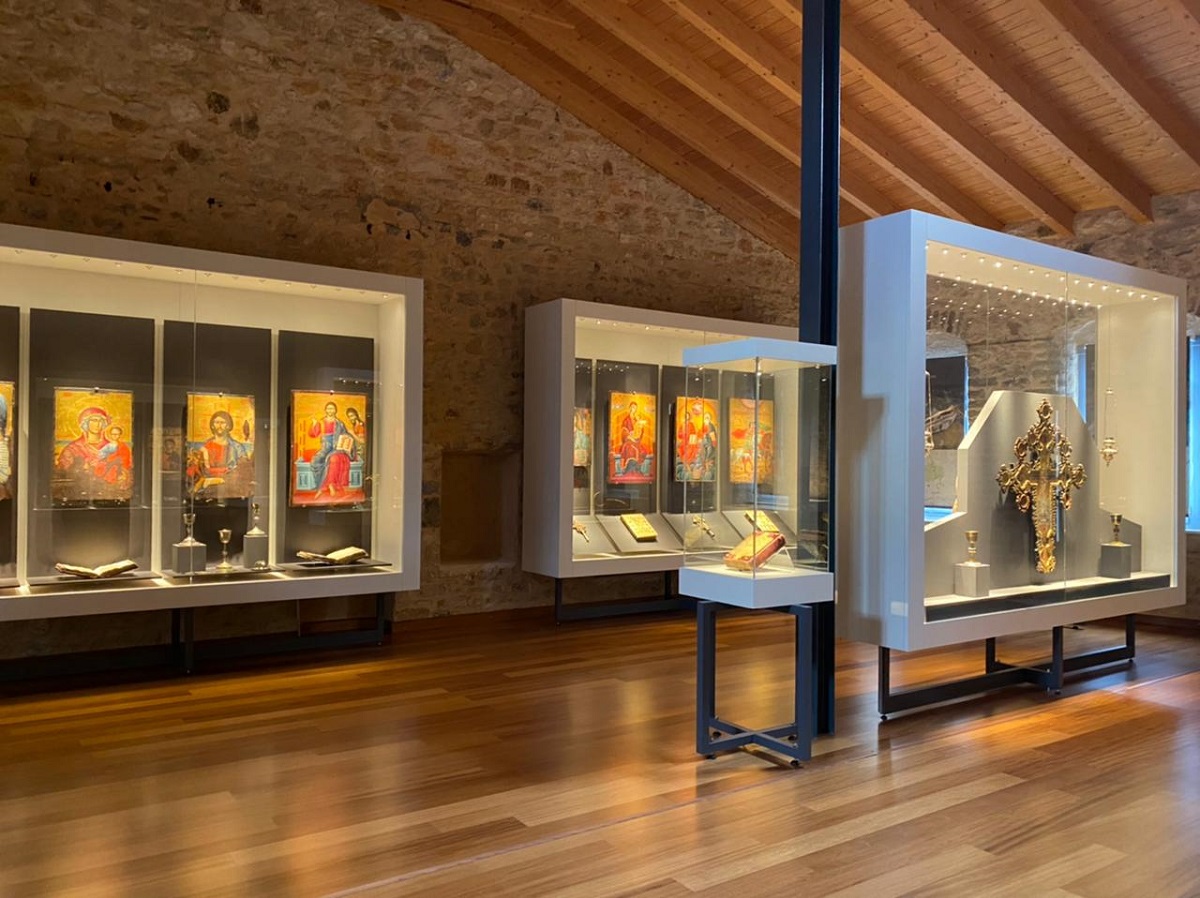 The Center for the Protection and Promotion of History and Art in Ioannina. Photo source: Ministry of Culture.

“Claiming or repatriating stolen cultural goods isn’t easy. You need strong evidence, based on international conventions and the institutional framework of the countries from which you are making the claim. It is time consuming and you need to be discreet, methodical and persistent throughout,” the minister added.

The exhibition is co – organized by the Holy Metropolis of Ioannina and the regional Ephorate of Antiquities. It will be open to visitors every Monday, Wednesday, Friday and Saturday from 11:00 to 14:00, at the metropolis’ Center for the Protection and Promotion of History and Art.