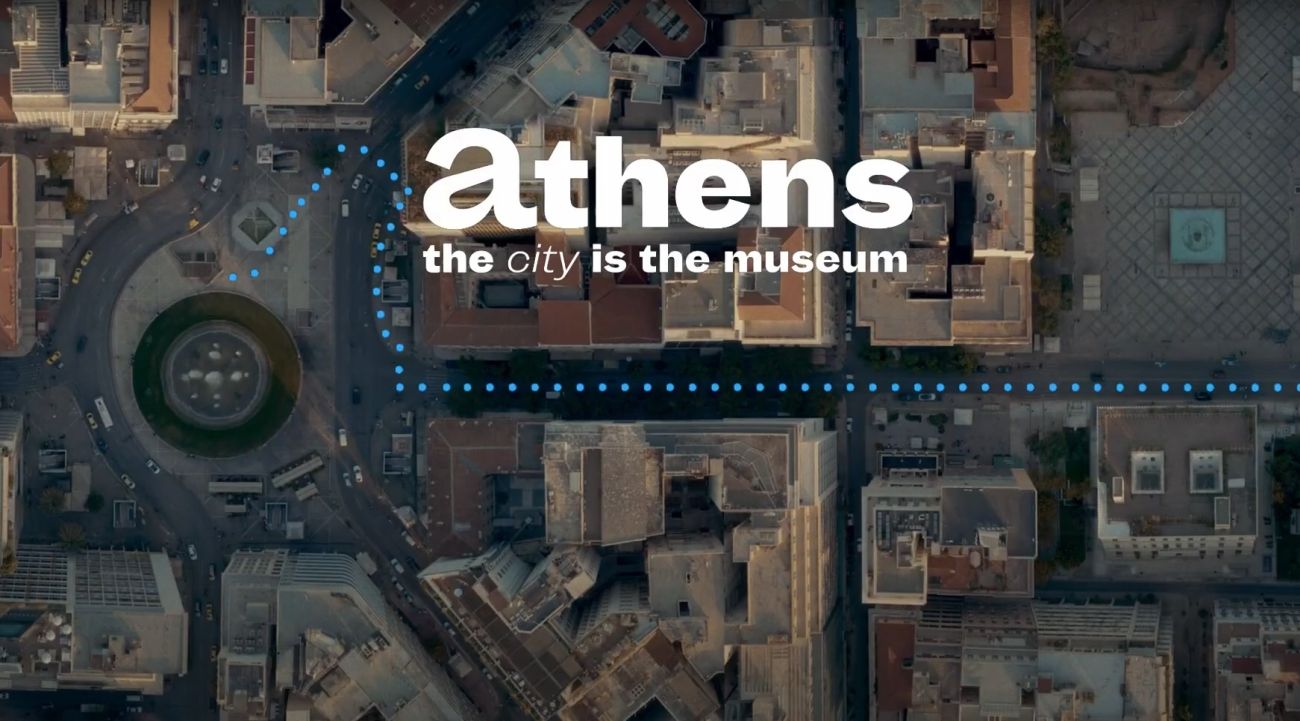 A new online platform that aims to show that Athens is a “museum that never shuts” and full of “collections” representing everyday life, launched on Thursday.

Titled “Athens. The city is the museum”, the new platform is a joint initiative of the Greek Tourism Ministry, the city’s municipal authority and Google that aims to highlight the special and unexplored sides of the Greek capital and showcase the city as an all year round tourism destination. 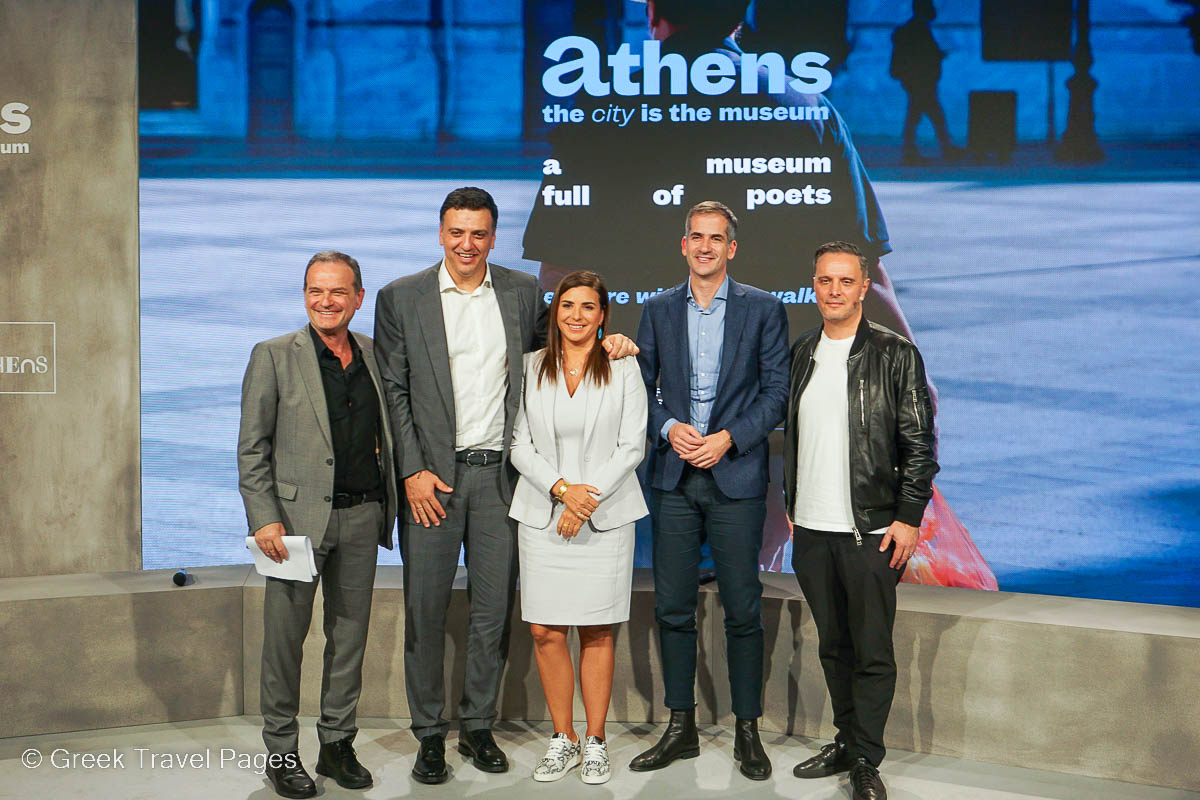 “Athens is an incredible place and is famous for its museums… But considering what defines a museum – the cultural significance and all these incredible artifacts, walks of life and cross sections of society – then we can say that the city itself is already a museum – from the street art; the restaurants with contemporary, modern cuisine; the nightlife; and the venues that show another side of the city… and that’s what we want to show,” said Steve Vranakis, the executive director of Google Creative Lab for Europe, the Middle East and Africa, while presenting the new platform.

Available in English at athens.withgoogle.com, “Athens. The city is the museum” presents users with curated audio walks that offer an immersive way of seeing the city, using Google Maps with sound to create a whole new experience. Moreover, Athenians can be heard, sharing their favourite places and stories that make up the city.

Vranakis: You can ‘listen’ to the city 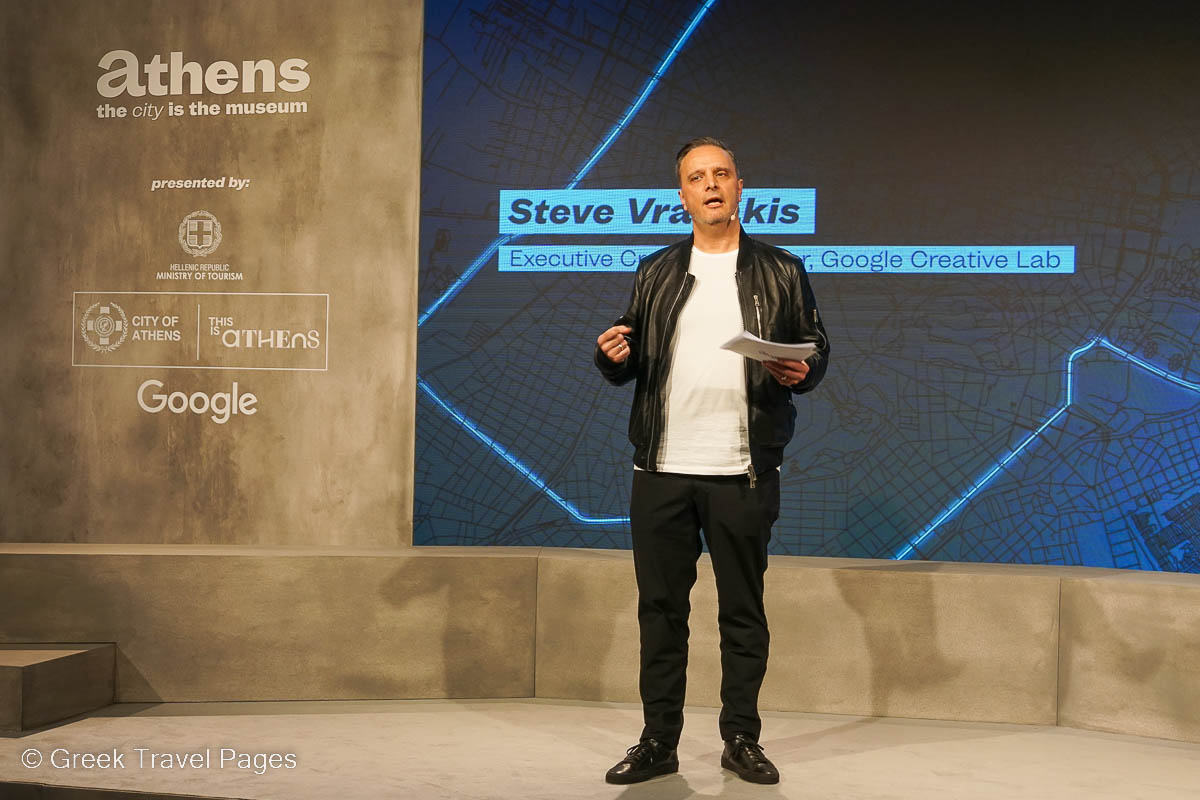 “You can ‘listen’ to the city,” said Vranakis, explaining that by following the first route which includes a walk through areas including Metaxourgio, Keramikos, Psirri and end at Omonia Square, users can hear people who are integral to those neighborhoods, who helped build them.

“It’s not just about navigating, its about listening to people’s experiences – for example, listening to the artists’ who did the street art and why the did it and how they want it to bring beauty to the neighborhood,” he added.

“A museum that never shuts in a city that never sleeps… Welcome to Athens, where the city is the museum.” 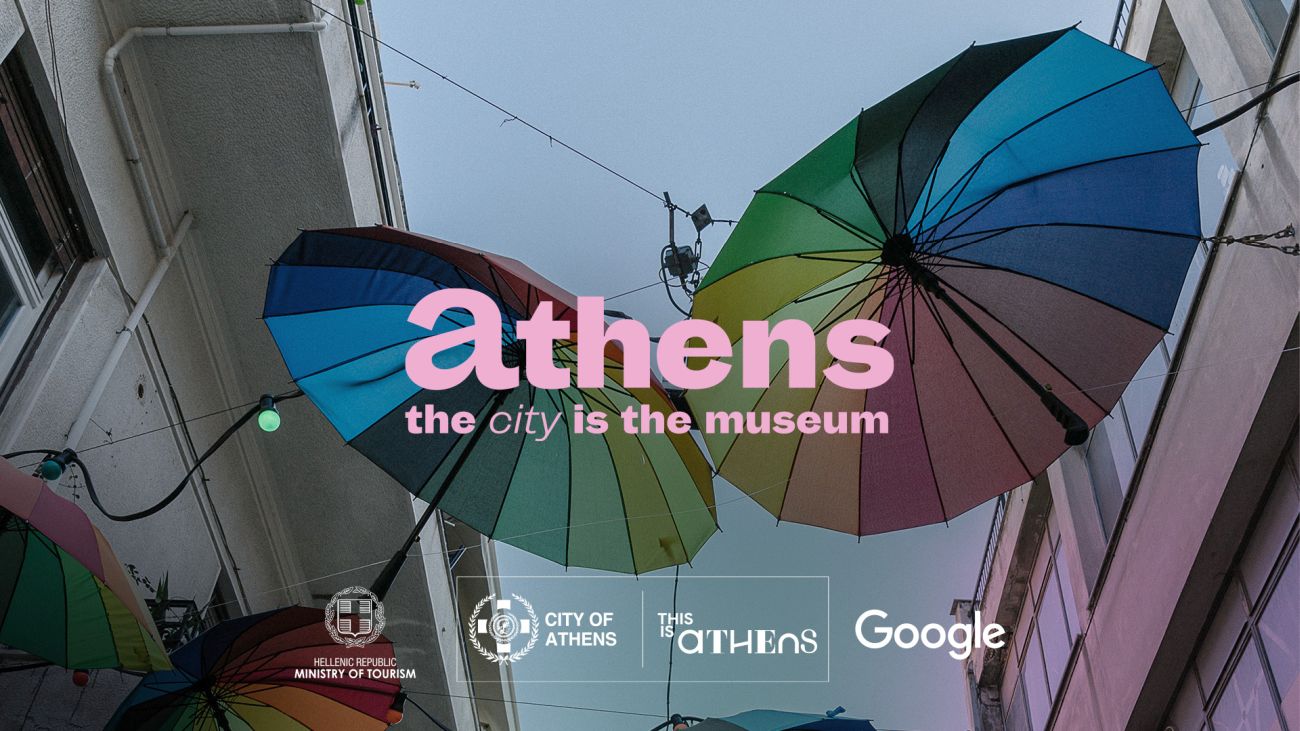 Once a user selects one of the platform’s suggested routes, a map appears on their screen. The map has a walk with pins, which correspond to suggested stops and these in turn to audio content. A dotted line, just like on Google Maps, will guide the user from one point to another. The user will also be able to select any stop along the route and automatically be redirected to go directly to the point of choice.

Ideal for visitors and residents

“Through this initiative, visitors to the city, but also its residents, will be able to discover a different part of Athens every day, thanks to technology,” said Google General Manager for Southeast Europe Peggy Antonakou. 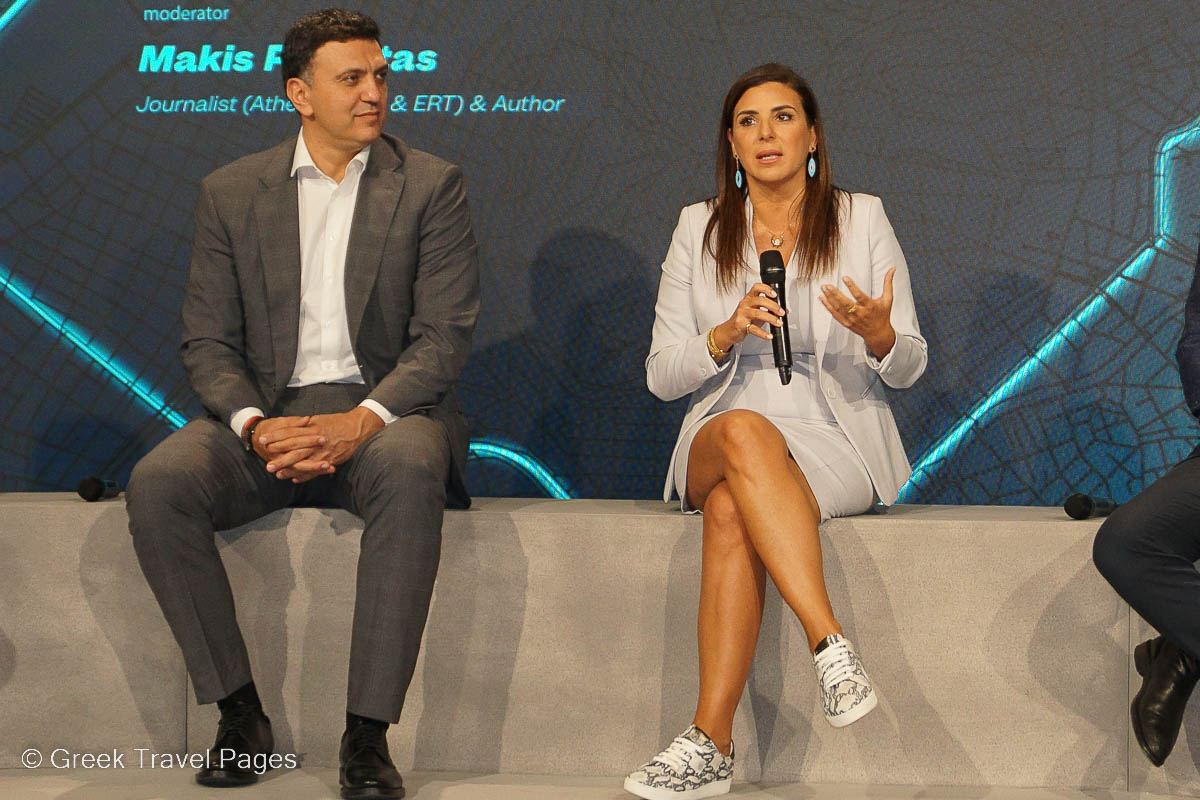 According to Antonakou, the most googled searches by tourists in Athens this summer, besides the obvious sites such as the Parthenon and museums, included “experiences” – from where a concert was being held to where visitors could find street food and the best bars and restaurants.

“This is exactly the purpose of “Athens. The city is the museum”: for visitors and residents to discover experiences they are looking for which in turn will create memories,” she said.

Minister: ‘Athens. The city is the museum’ is a travel experience 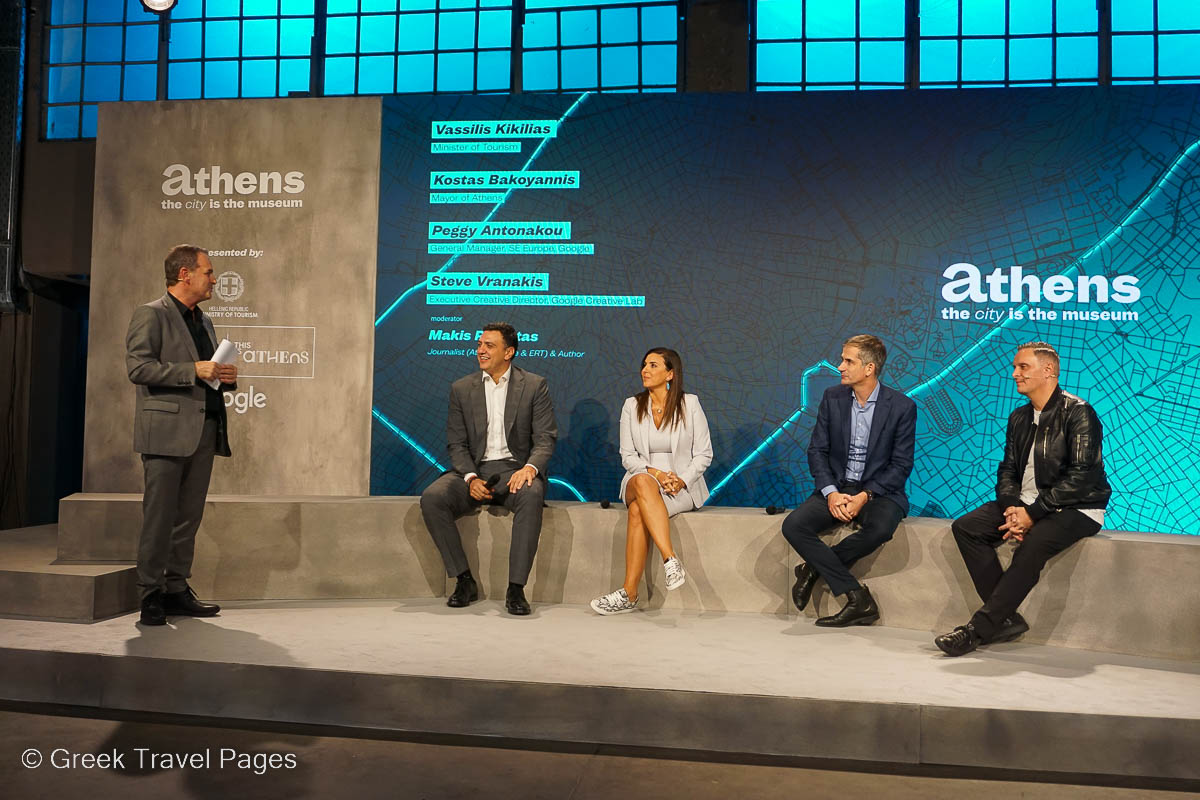 Speaking during the event, Greek Tourism Minister Vassilis Kikilias said that the “Athens. The city is the museum” is part of the ministry’s strategic partnership with Google, which launched in April 2022, to promote sustainable tourism.

He added that the new platform is a travel experience that opens Athens to visitors who want to experience the city’s “rhythm” and discover lesser-known corners in an innovative way. 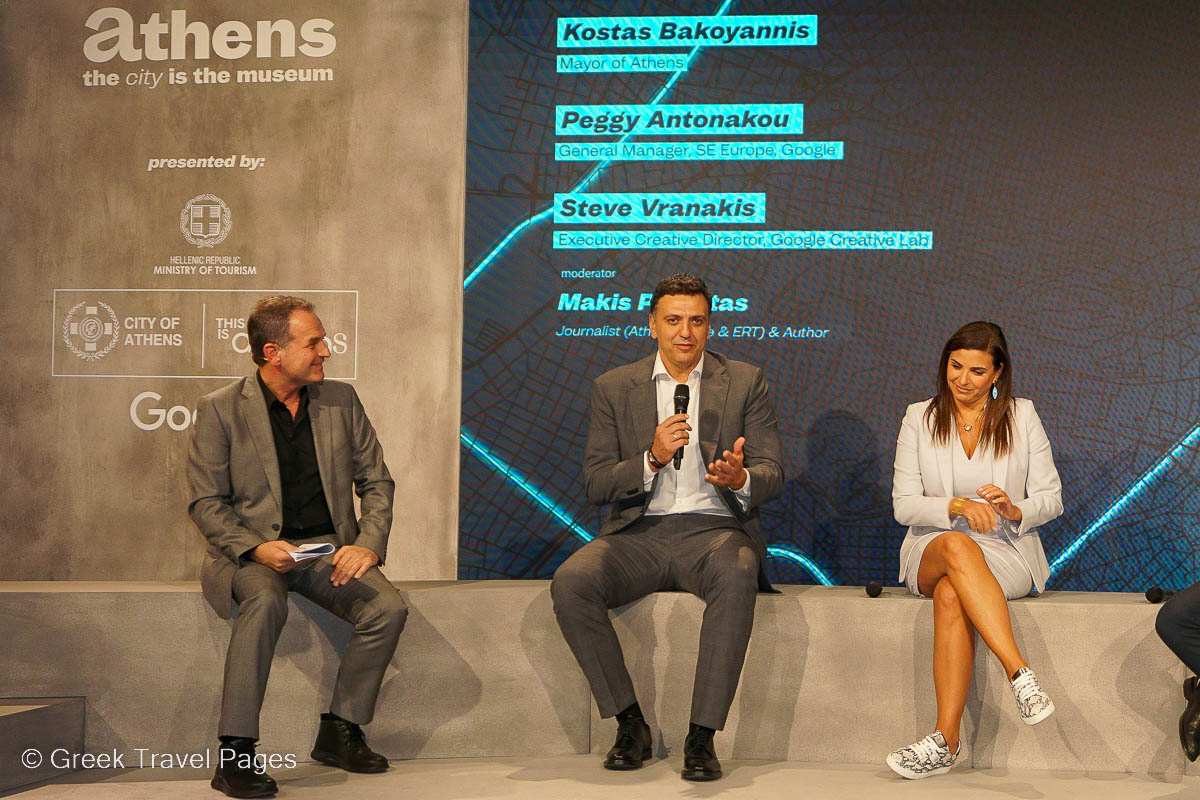 “We are pleased that through such collaborations we are improving and upgrading the offered tourism product of our country, faithful to our strategy for sustainable tourism development,” Kikilias said.

Athens Mayor: ‘We are reintroducing Athens’

On his part, Athens Mayor Kostas Bakoyannis stressed that the “Athens. The city is the museum” platform aims to show that the entire city is a unique, vibrant, open, interactive, huge museum that offers visitors hundreds of “stages”, “exhibits” and experiences, all year round.

“Athens is not just its impressive antiquities and wonderful museums… We are reintroducing Athens as an amazing urban destination with a great history, but also as a modern place that shares unique experiences with residents and visitors. A city worth visiting all year round,” he said. 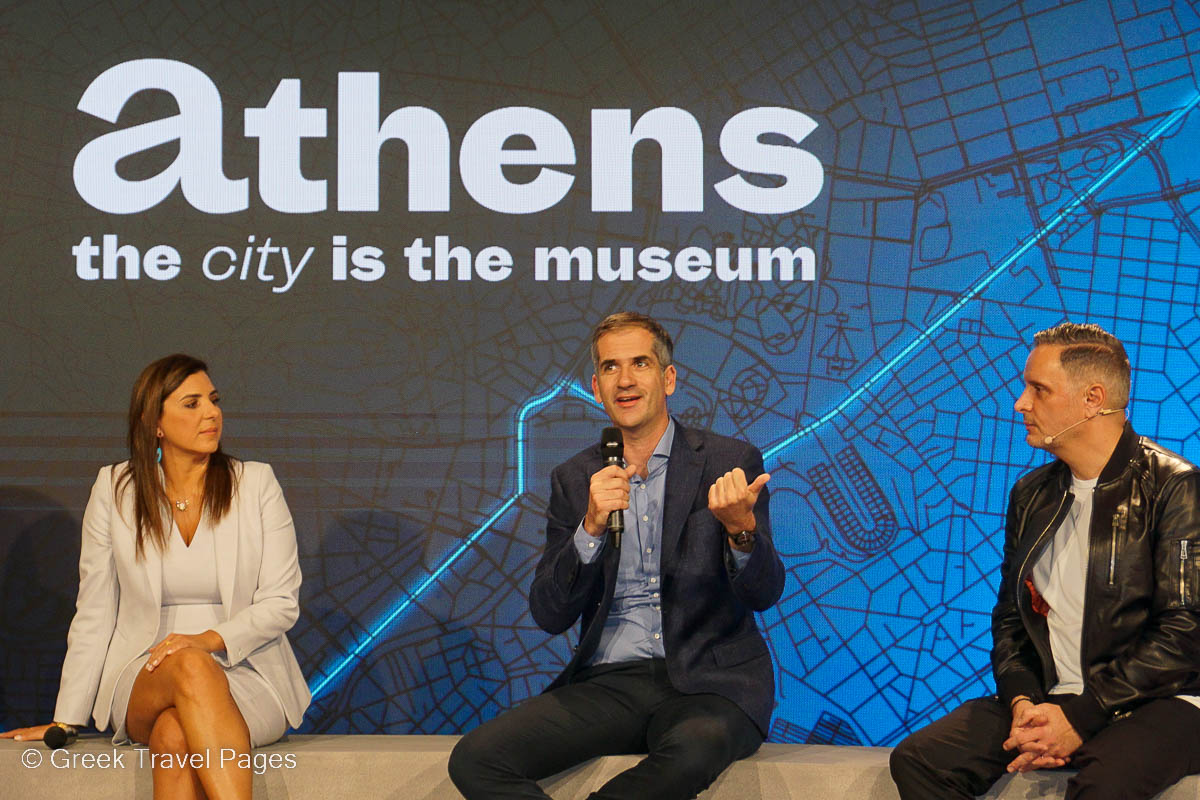 The first proposed route of the “Athens. The city is the museum” platform offers a walk around the busy neighborhoods of Metaxourgeio, Kerameikos, Psirri and Omonia. The 2.4km-route has 10 stops and the estimated walking time (including audio) is 2 hours.

More routes/audio walks are expected to be added by the end of the year.

The new routes will also contribute to the municipal authority’s effort to introduce other neighborhoods to visitors and not “confine” Athens’ tourism in the city center.

“Athens is not only the well-known Ermou Street, Syntagma Sqaure and the districts of Thisio and Plaka… We want to show our other neighborhoods, which right now are ‘sleeping giants’, he said, adding that the municipality is carrying out an ambitious revamp project in its neighborhoods, which include opening pocket parks, aiming to transform the Greek capital into a modern, sustainable city.

Report: Short-haul Travel to Save the Day in Europe