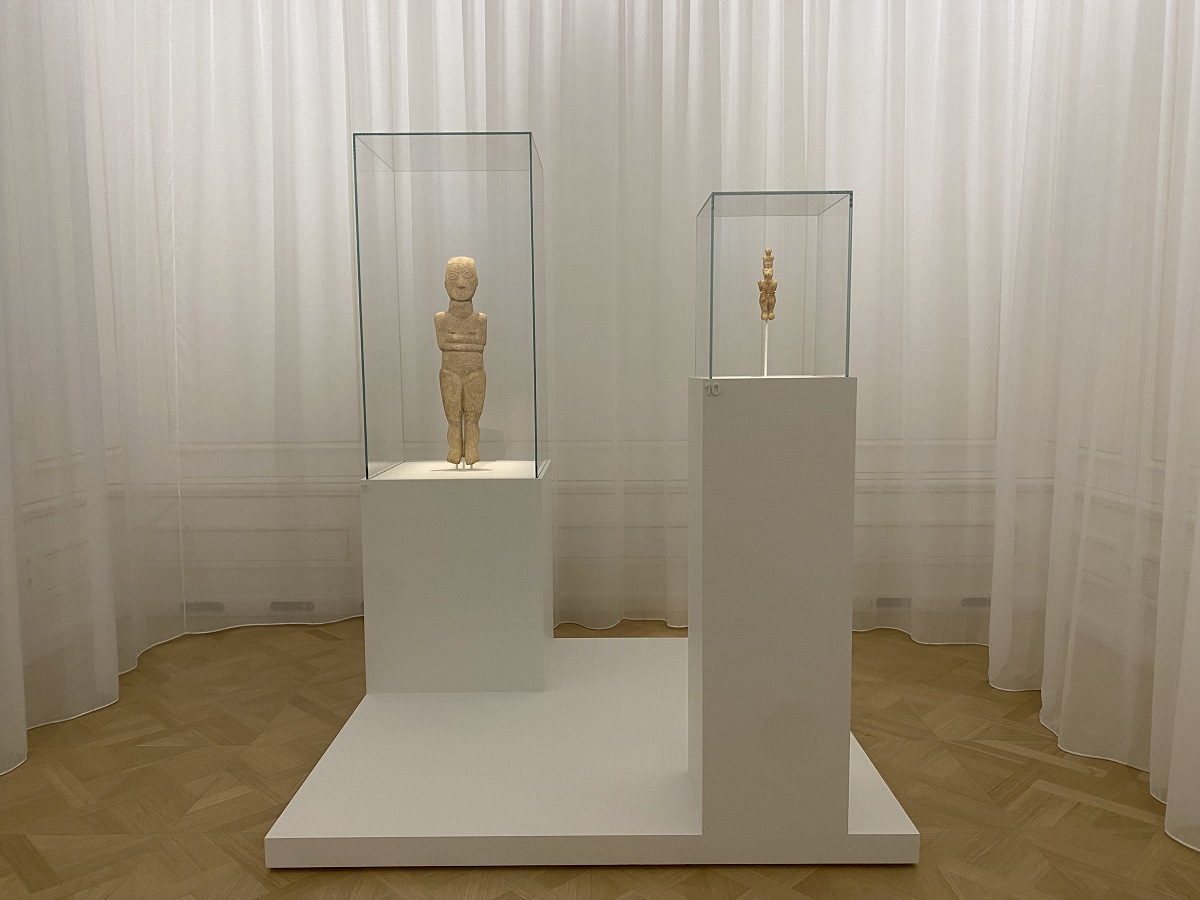 Repatriated antiquities from the Stern Collection on display for the first time at the Athens Museum of Cycladic Art. Photo source: Ministry of Culture.

Greece celebrated this week the return of 15 ancient Greek treasures from the Stern Collection in the US to Athens’ Museum of Cycladic Art during a special event attended by Prime Minister Kyriakos Mitsotakis and Culture Minister Lina Mendoni.

The items are the first set of 161 Greek antiquities belonging to American billionaire Leonard N Stern which will be returned to Greece over the next 25 years under an agreement between the Greek culture ministry and New York’s Metropolitan Museum of Art (The Met) ratified in parliament in September. 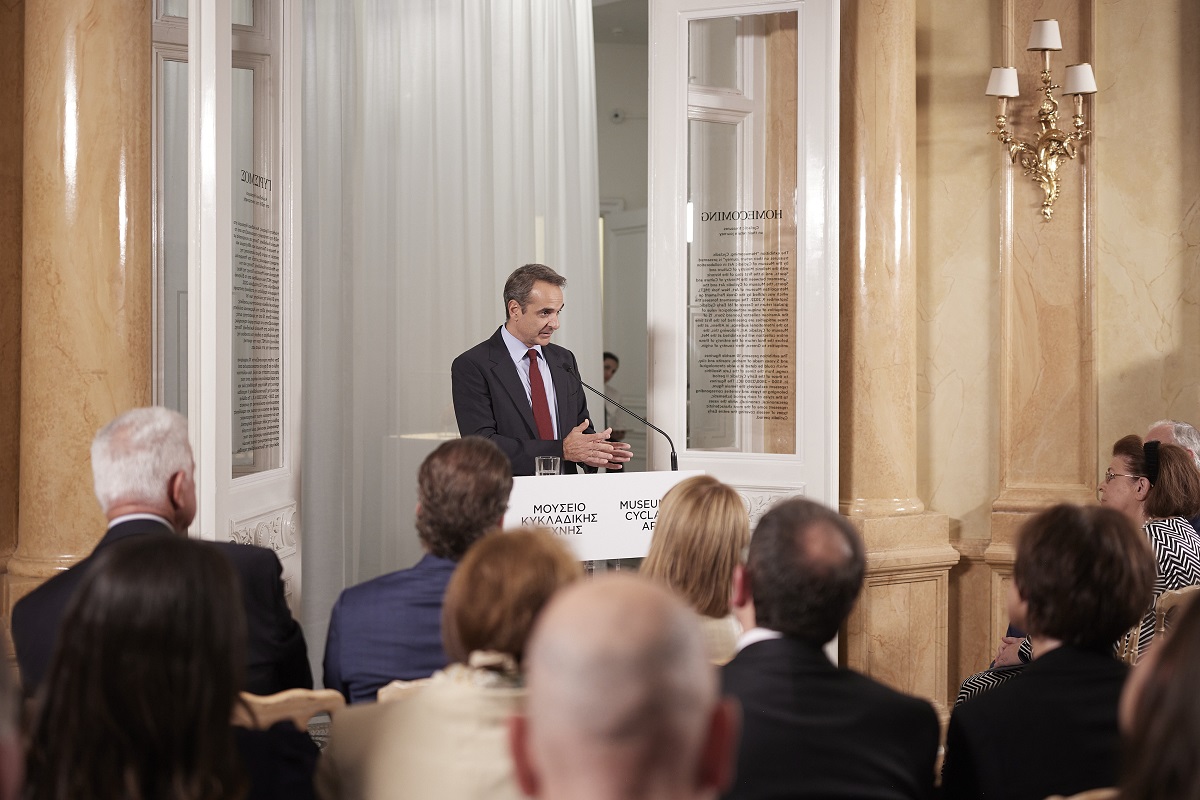 “We are clearing the path for the repatriation of other valuable elements of our cultural heritage, sending a message to governments, museums, organizations, collectors, that this return is not only morally imperative, but also technically and legally possible,” said Mitsotakis during the inaugural event.

The Greek PM went on to add that the thousands of visitors who will have the chance to view the unknown ancient Greek artefacts will become the “best ambassadors of Greek culture and history”. 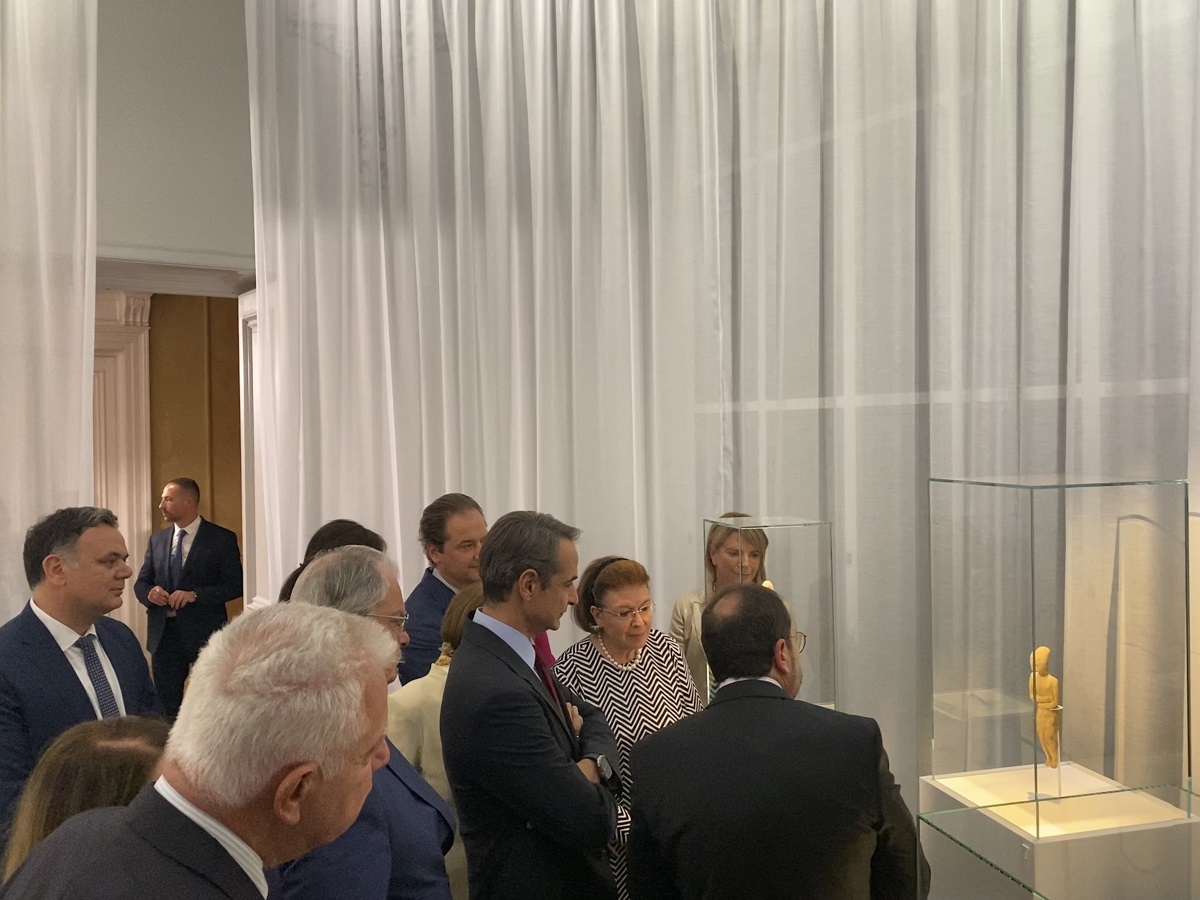 The agreement between Greece and The Met foresees the repatriation of the Greek art works which will begin after 2033 and will see 15 items returned to Greece every five years after these go on show in New York.

“The 161 Cycladic antiquities will return to Greece, all 161. The collection already and always belonged to the Greek state and will return in its entirety,” said Mendoni during the welcoming event in Athens, adding that the MoU with The Met “encourages other collectors of Greek antiquities to take similar actions, which will lead to the repatriation of antiquities without the difficulties of legal procedures”.

“As part of our national strategy, we are actively participating in the formulation of international policy to prevent and combat the illegal trafficking of cultural goods and simplify the process of their repatriation to their countries of origin,” said Mendoni. 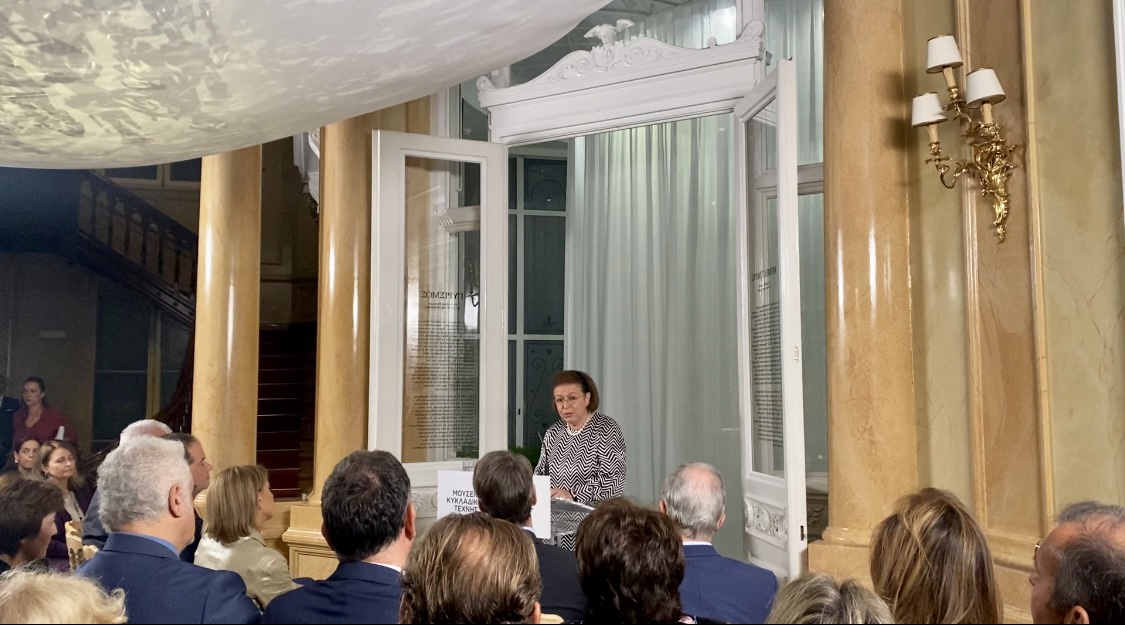 The collection of mostly marble art works including vases, jewelry and figurines, will then be exhibited at The Met from 2024 to 2048.

“The Met’s mission is to enable the enjoyment and study of art,” said The Met Director Max Hollein. “This agreement builds on decades of a fruitful partnership between the Greek government and The Met, and we are delighted to be able to play a role in an arrangement that will thrill and educate visitors and scholars now and for generations to come.” 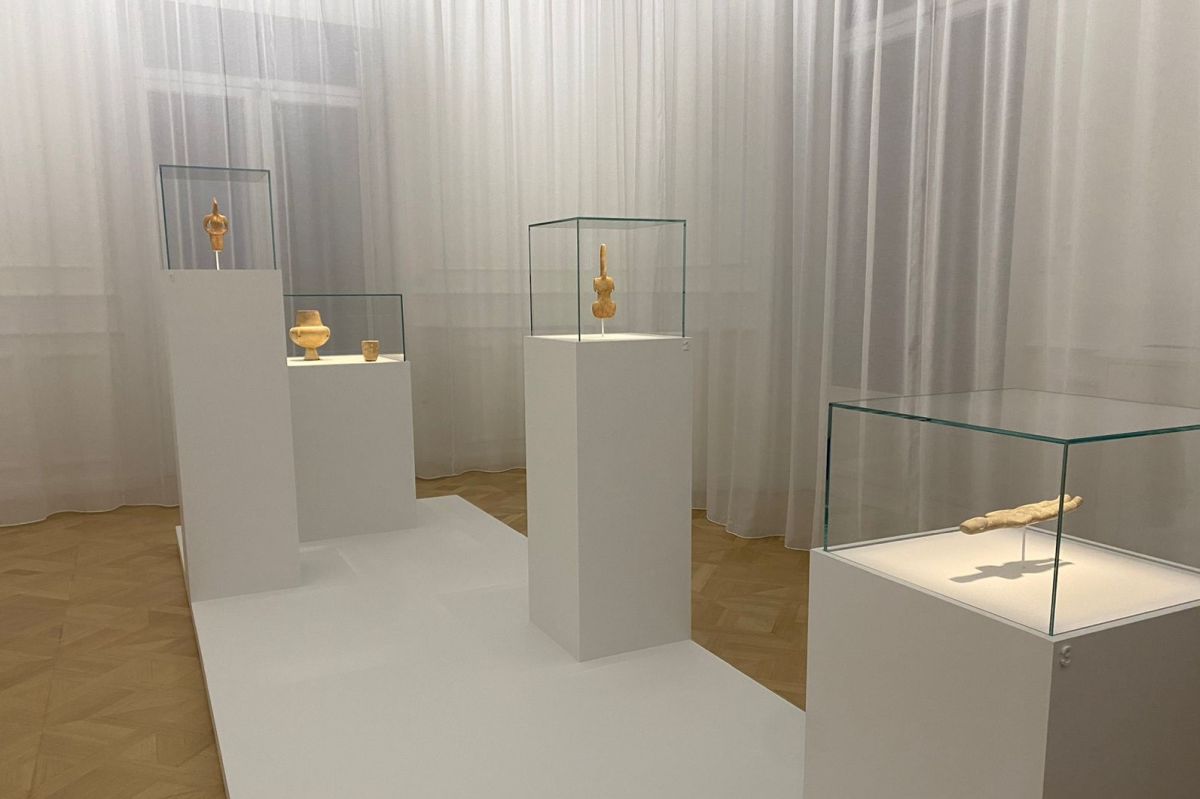 Repatriated antiquities from the Stern Collection at the Athens Museum of Cycladic Art. Photo source: Ministry of Culture.

“The dissemination of the Cycladic and Ancient Greek Art internationally has been our core mission since the museum was founded. I am very proud to see our vision accomplished beyond any expectations. Even more so, as these Cycladic masterpieces will be showcased among the Greek and Roman antiquities at The Met,” she said.

Earlier on Wednesday, the culture ministry, the Museum of Cycladic Art and The Met signed a Memorandum of Understanding (MoU) in Athens which foresees the promotion of Cycladic culture and the exchange of expertise in the study and conservation of Cycladic works.