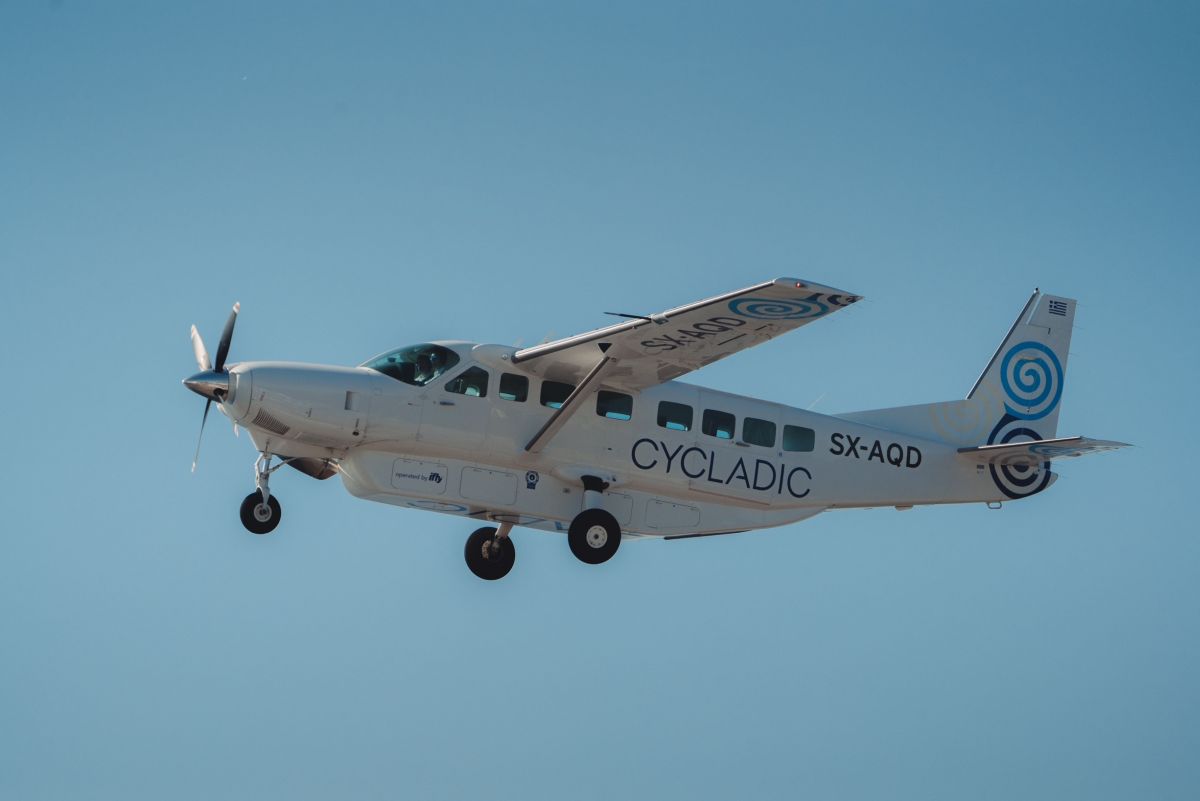 South Aegean Region Governor George Hatzimarkos inaugurated this week flights of a new and first-ever inter-island airline in Greece aimed at facilitating island hopping between the Cyclades, Crete and Rhodes.

Based in Paros, Cycladic started this month offering air transport services to a number of islands in the Cyclades complex, including connections to Paros, Mykonos, Santorini, Syros and Milos (starting next summer), as well as to Crete (Chania and Heraklion) and Rhodes.

The airline, operated by Ιfly SA, the largest Greek private aircraft and helicopter management company, aims to facilitate travel for tourists wishing to visit Crete and the Dodecanese islands in addition to the Cyclades. The new company said it will “not operate [state]-subsidized destinations”. 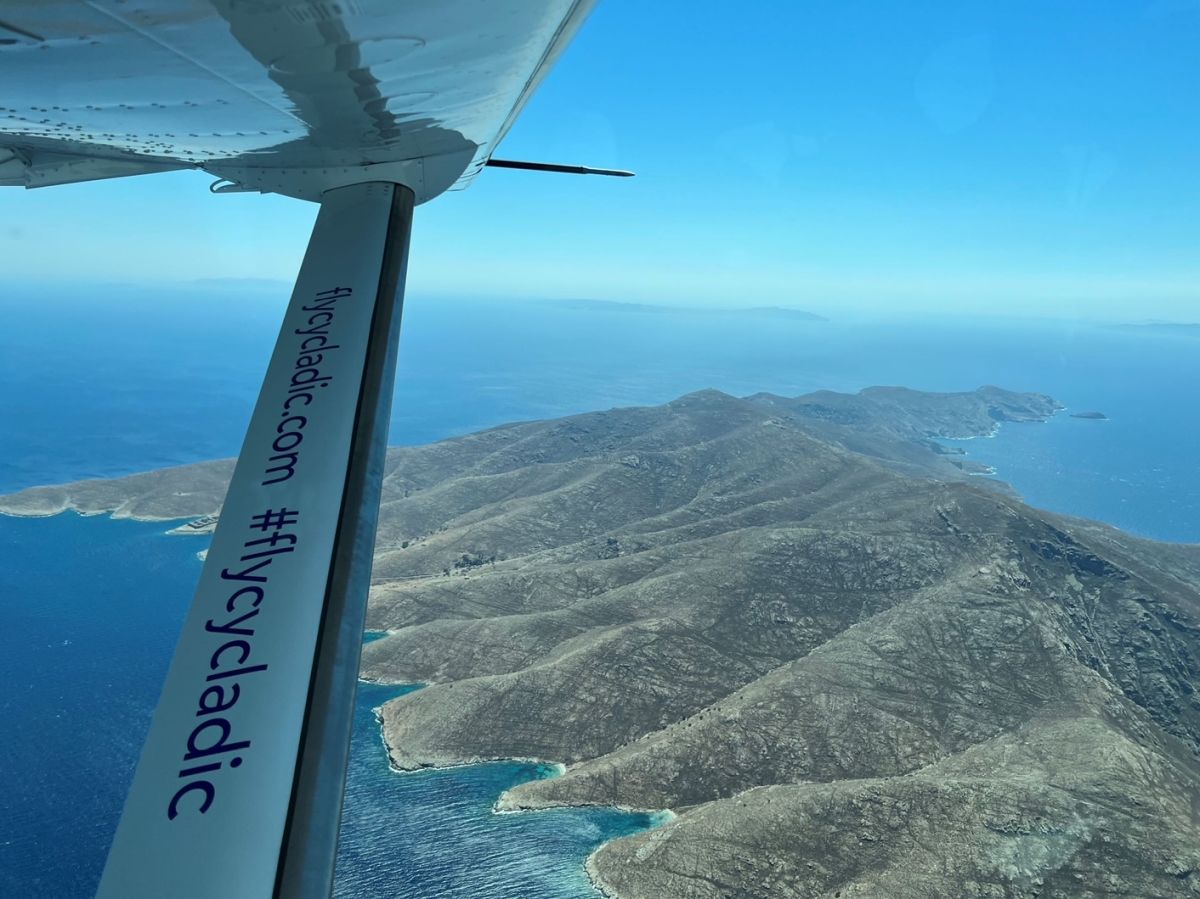 The new Greek airline will operate year round and cover the transport needs of permanent island residents as well as offer faster connections to other Greek islands for tourists.

The duration of flights is about 20 minutes to a bit over an hour, depending on the destination and planes can accommodate up to 12 people. 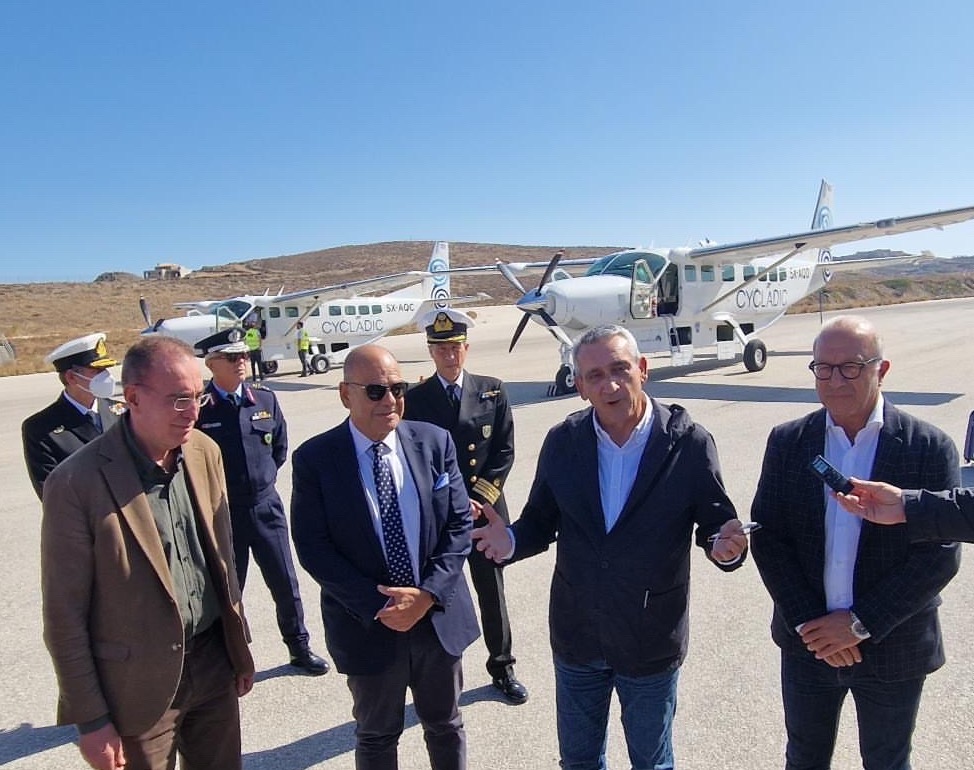 “Cycladic comes to strengthen the interconnection of the Aegean islands directly and efficiently facilitating the movement of residents and offering solutions to important needs,” said Hatzimarkos after traveling on a test flight.

“I am sure Cycladic will contribute to developing a new island-hopping model for Greek tourism, while at the same time help solve many operational issues affecting inter-island travel.”

Representing Cycladic Airlines, Andreas Sotiropoulos said: “We are pleased to introduce Cycladic, which comes to meet transport demands of the Aegean islands. Our goal is not only to provide the easiest access for travelers but also to facilitate Greek islanders… support destinations and improve the daily life of residents, aiming at the same time for sustainable tourism development”.

Greece to Spend €160m on Port and Marina Projects