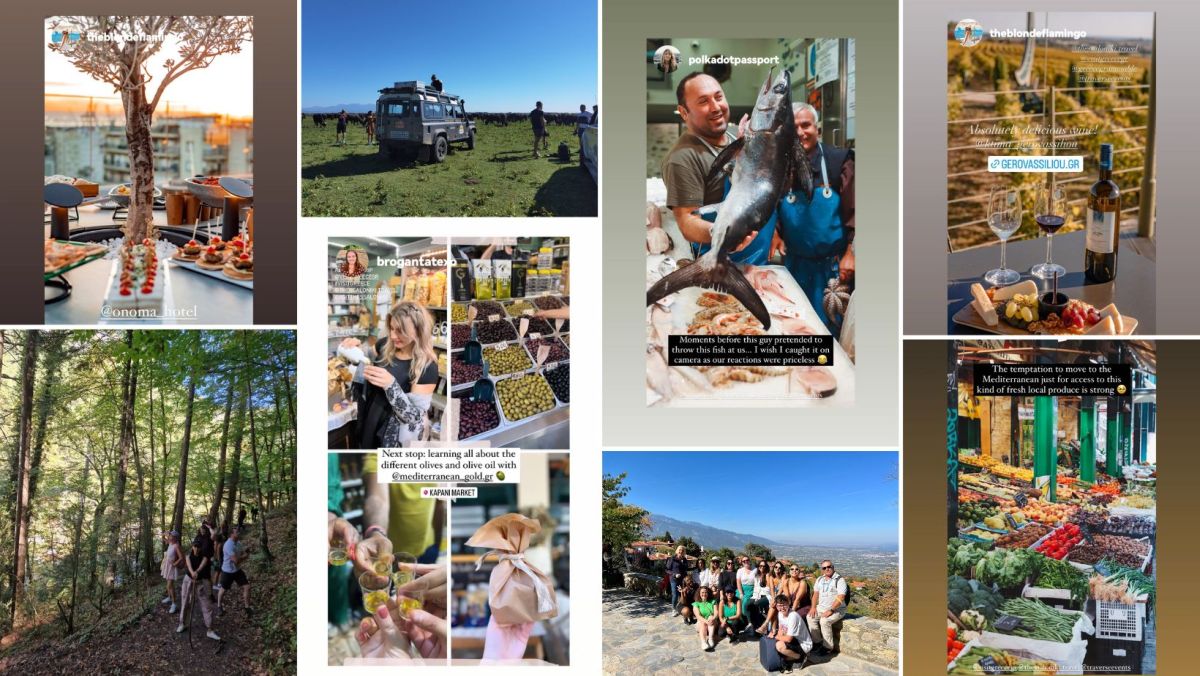 Thirty-eight British influencers and opinion leaders recently spread the word about all Thessaloniki, Halkidiki and other destinations in Central Makedonia have to offer tourists.

Participating in a familiarization (FAM) trip organized by local tourism organizations, the content creators went on a social media posting spree with stories and videos praising Greek cuisine, Thessaloniki’s diverse architecture and vibrant nightlife and reaffirming the popular Northern Greek saying: “There is nothing like Halkidiki!”.

The fam trip was organized by the tourism organizations of Thessaloniki and Halkidiki in collaboration with the Greek National Tourism Organization’s (GNTO) office in UK & Ireland and Traverse company.

During their stay in Thessaloniki, the influencers could choose between a variety of walking tours that included a visit to the city’s most important sites such as the White Tower. Some were mesmerized by the landmark’s dark history while others opted for the pastry and food tour that included a crash course in making “bougatsa” (Greek custard pie with phyllo), a traditional Greek dessert.

Wine was the protagonist during their visit to the Gerovassiliou Estate located outside Thessaloniki. The content creators shared the wine tasting event online and gave the experience a 5-star review. 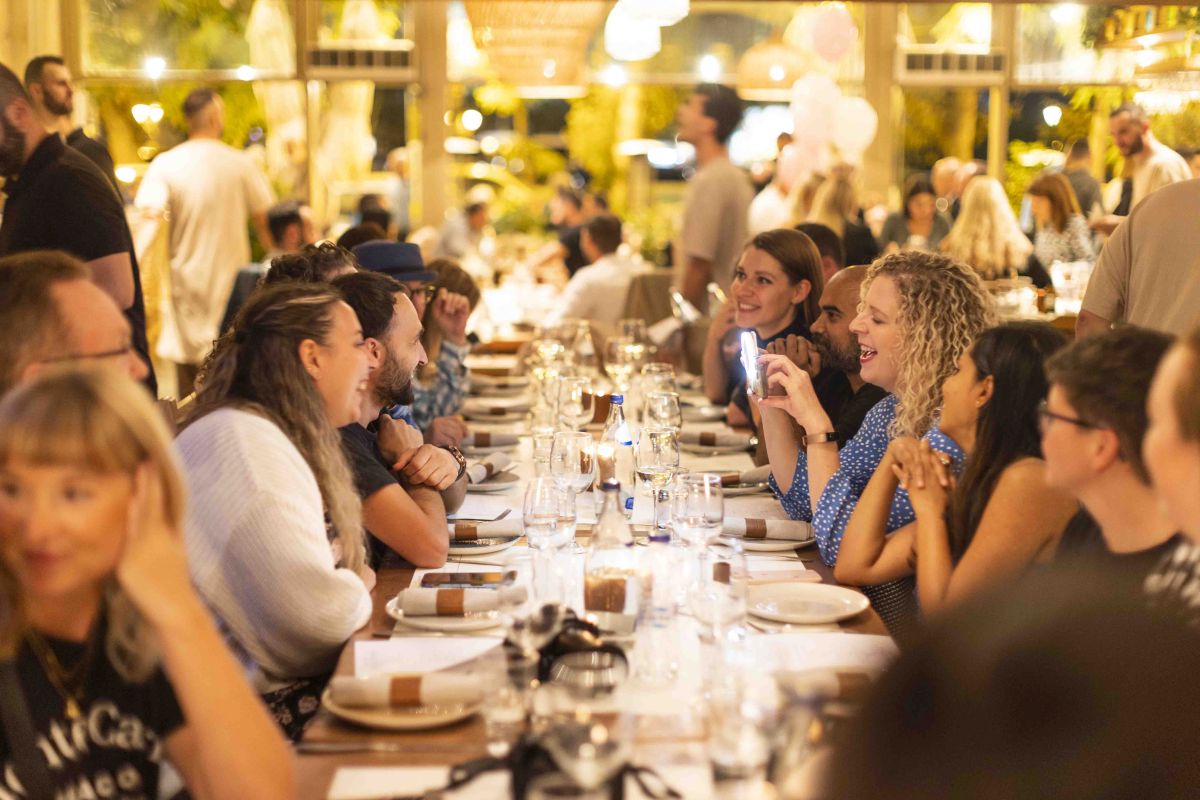 Their Greek adventure continued with a visit to Mount Olympus, the archaeological site of Dion and a taste of local cuisine during an event hosted by the Pieria Hoteliers Association.

“Now I understand  why this was the house of the ancient Greek gods. It’s magical!” said a by one of the influencers while sitting by a waterfall on Olympus.

Towards the end of the Thessaloniki trip, the group visited Lake Kerkini near the town of Serres, a natural landmark rich in biodiversity and one of the most important ecological destinations in the Balkans. Polish born, London based travel & style blogger Dominika AKA The Blonde Flamingo, posted that she was “never leaving Kerkini” when she saw a pack of flamingos strolling by the lake. 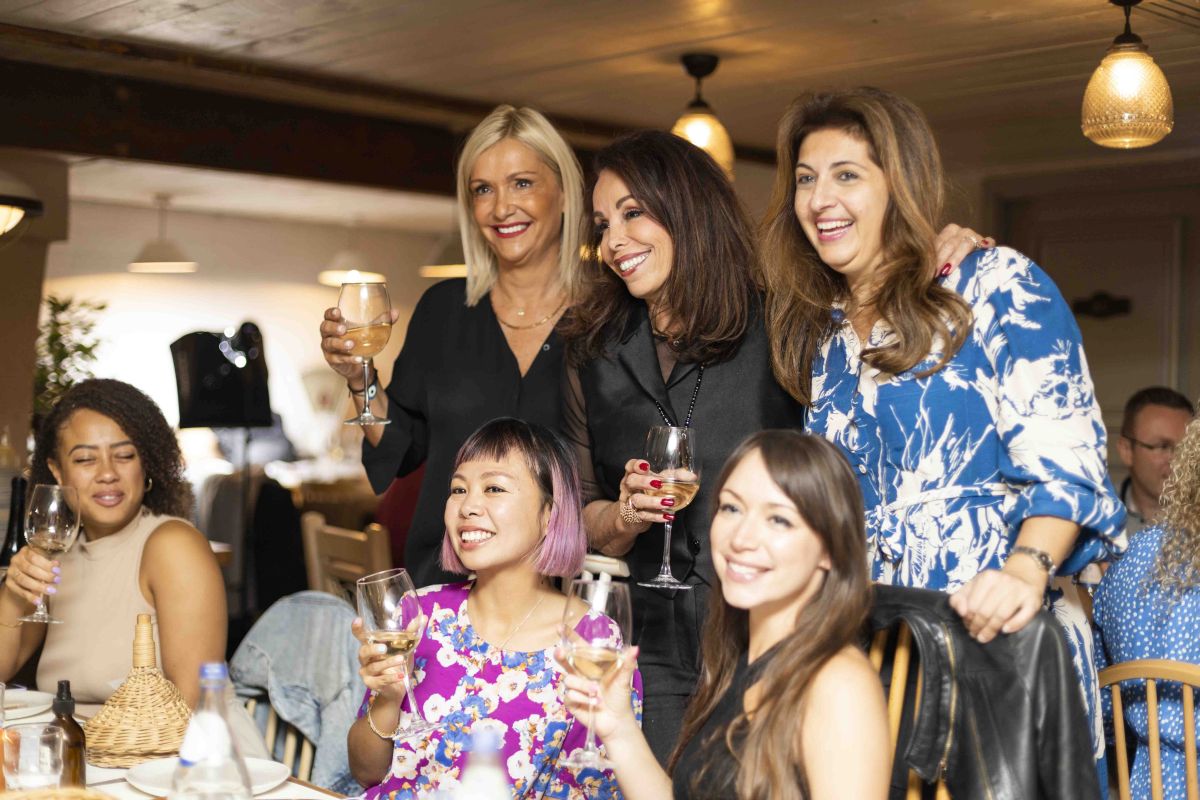 During a dinner hosted by the Municipality of Thessaloniki that soon turned into a Greek “glenti” (Greek for party), Vice-Regional Governor of the Metropolitan Area of Thessaloniki and President of the Thessaloniki Tourism Organization, Voula Patoulidou, stated: “Today, contemporary marketing means are a vital integration into a destination’s communication strategy… We showcased the diversity of our region and flooded the British internet with images of Thessaloniki…”

The FAM trip continued with a visit to Halkidiki, a destination that the majority of the influencers hadn’t visited before. They claimed to be delighted with the diversity of activities that visitors can experience in the area. 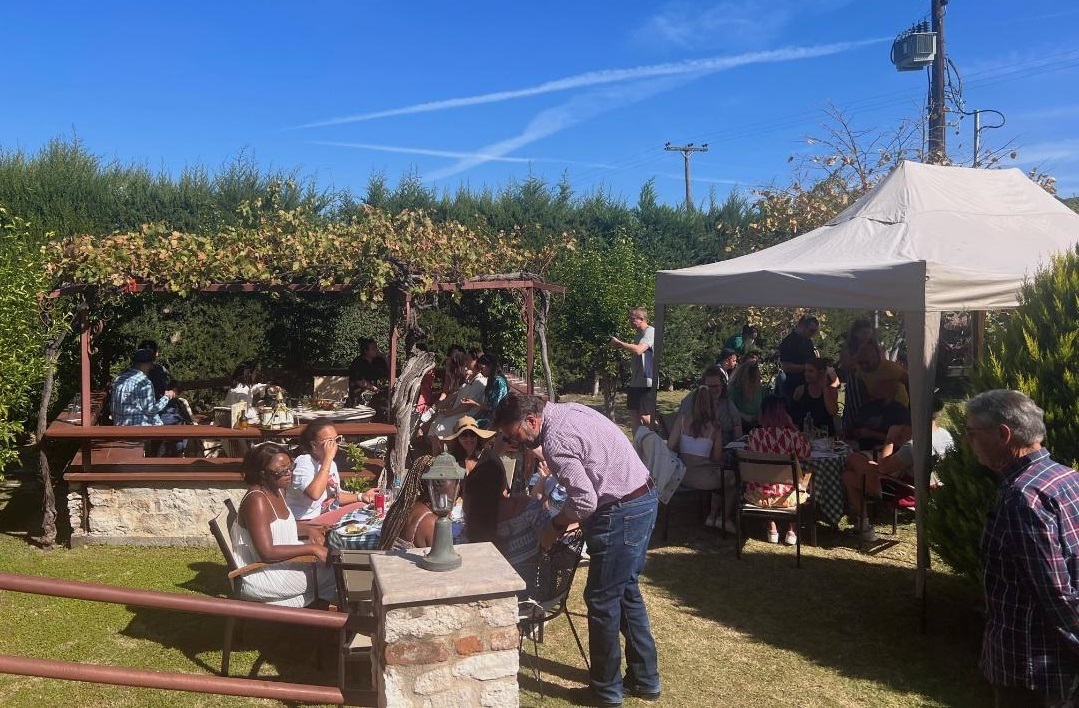 The FAM trip’s program kicked off with a visit to the Kazaki organic vineyard in Nea Gonia and continued with a series of various activities including cooking & cocktail lessons, golf lessons, yoga on the beach and traditional dances at the Porto Carras hotel complex, where they stayed for two days. The bloggers found the experience “rejuvenating” and couldn’t stop posting photos from the numerous Halkidiki beaches they visited. 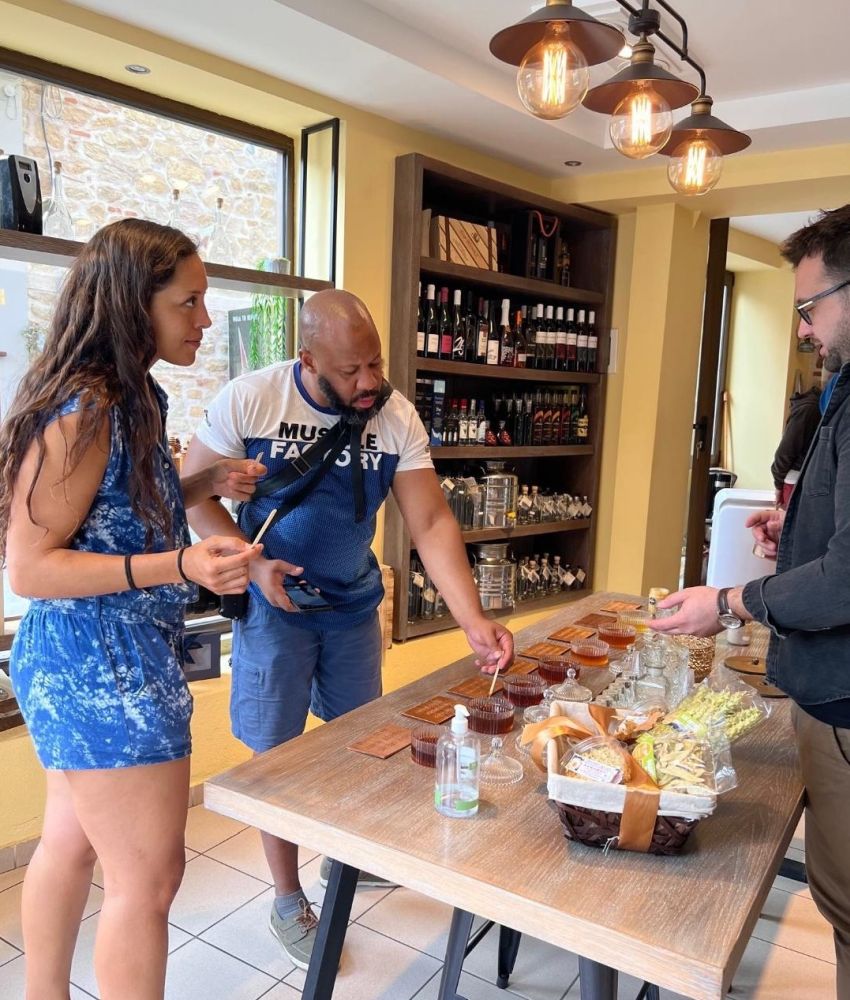 The British guests also had the opportunity to visit traditional settlements, follow culture – related routes and embark on a series of other activities that included honey tasting. The visit concluded with a “Halkidiki style” party at the Athena Pallas hotel, a party that all described to be “the perfect closure to an amazing trip”.

Commenting on the FAM trip, Halkidiki Tourism Organization President Grigoris Tasios stated: “We are very happy for the success this trip had since it was the first such event organized in Northern Greece. In Halkidiki we strongly believe in collaborations that can contribute to the promotion of our destination, and that together with the city of Thessaloniki we can achieve many things, starting with the extension of the tourist season.” 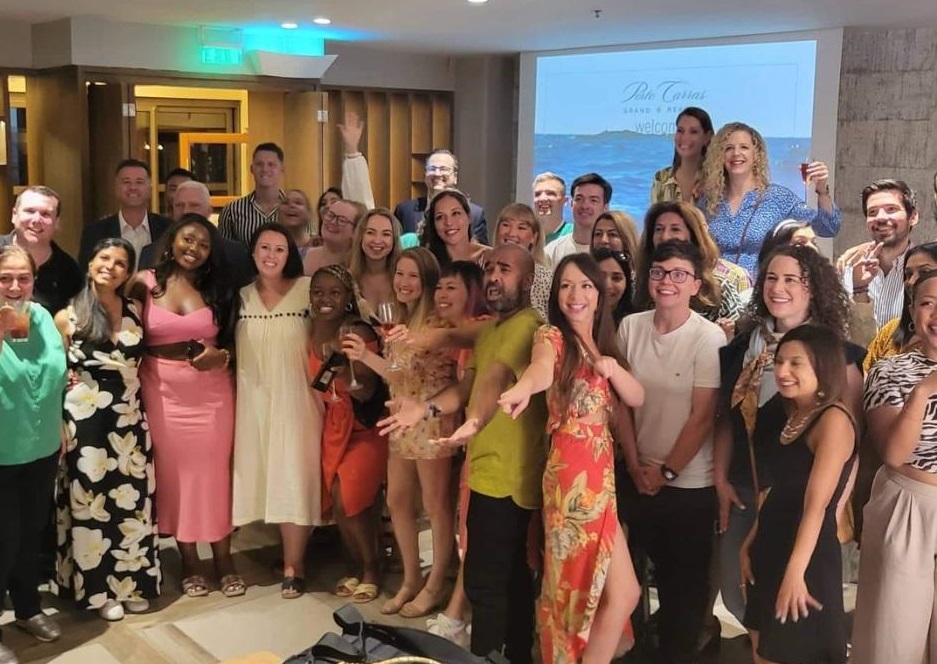 Titled “Traverse Elite Mini Conference Greece“, the FAM trip aimed to promote Thessaloniki and Halkidiki for their diversity and alternative forms of tourism they can offer including city break, cultural, wine and adventure tourism.

Overall, both cities saw a huge online exposure through a large amount of content shared on the influencers’ social media thus strengthening their tourism profile in the British market.