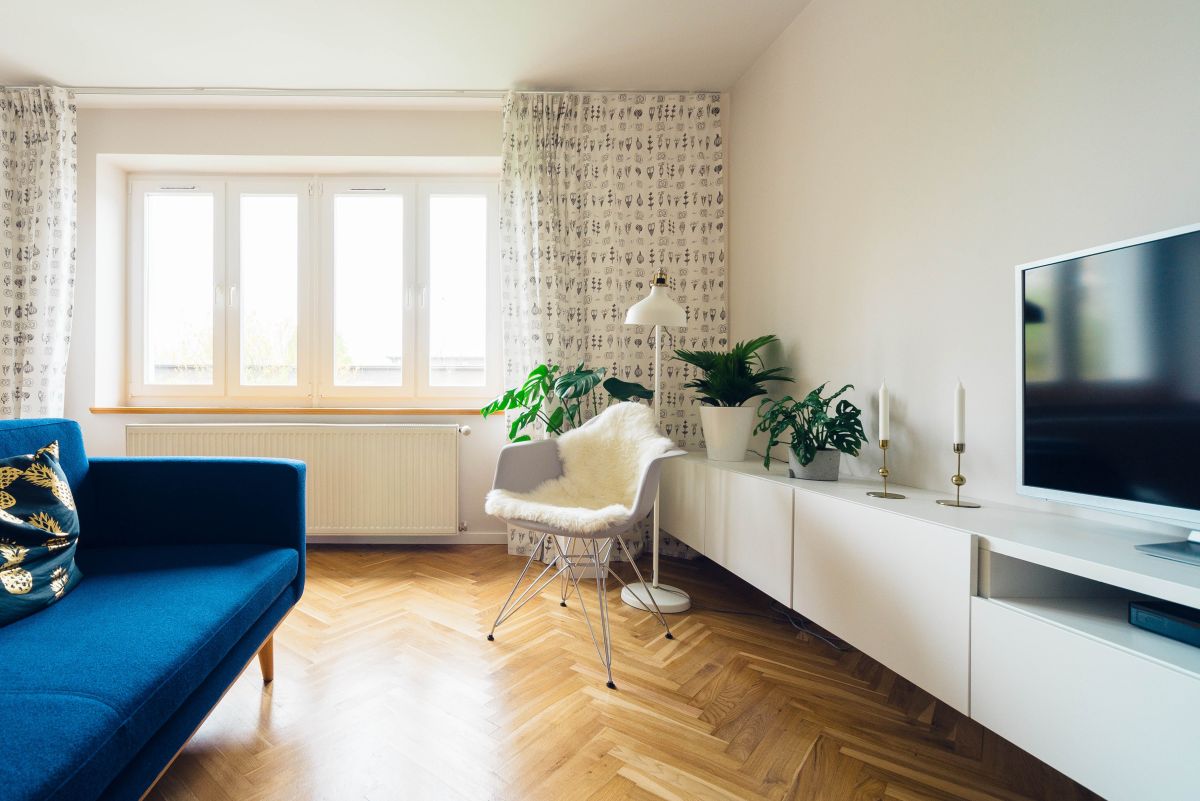 Demand for Airbnbs in Greece continued to increase in September marking a 13.5 percent rise in overnight stays compared to the same month in pre-pandemic 2019, said analytics firm AirDNA.

More specifically, according to AirDNA’s “Europe Market Review”, Greece was among the six countries that managed to exceed 2019 demand this year coming in fourth after France (+19.2 percent), Germany (+15.7 percent) and Austria (+15.1 percent). Belgium and Italy (both 1.2 percent) complete the list. 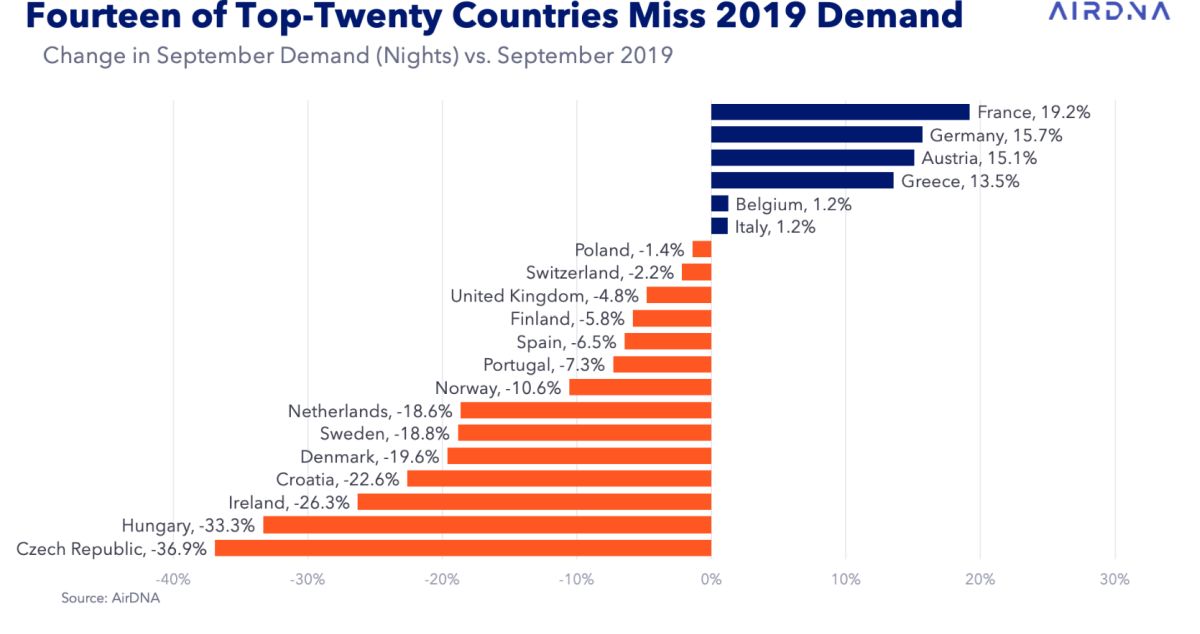 Ranking 8th, Greece was among the eight countries in Europe to achieve an increase in the number of Airbnb-style listings, up by 0.6 percent. Norway recorded the largest rise in available listings, up by 11.2 percent, followed by France (+8.5 percent) and Poland (+7.7 percent).

In terms of average rates, Greece – in line with all European destinations – marked a 4 percent decline year on year, which AirDNA attributes to renewed interest in city destinations. 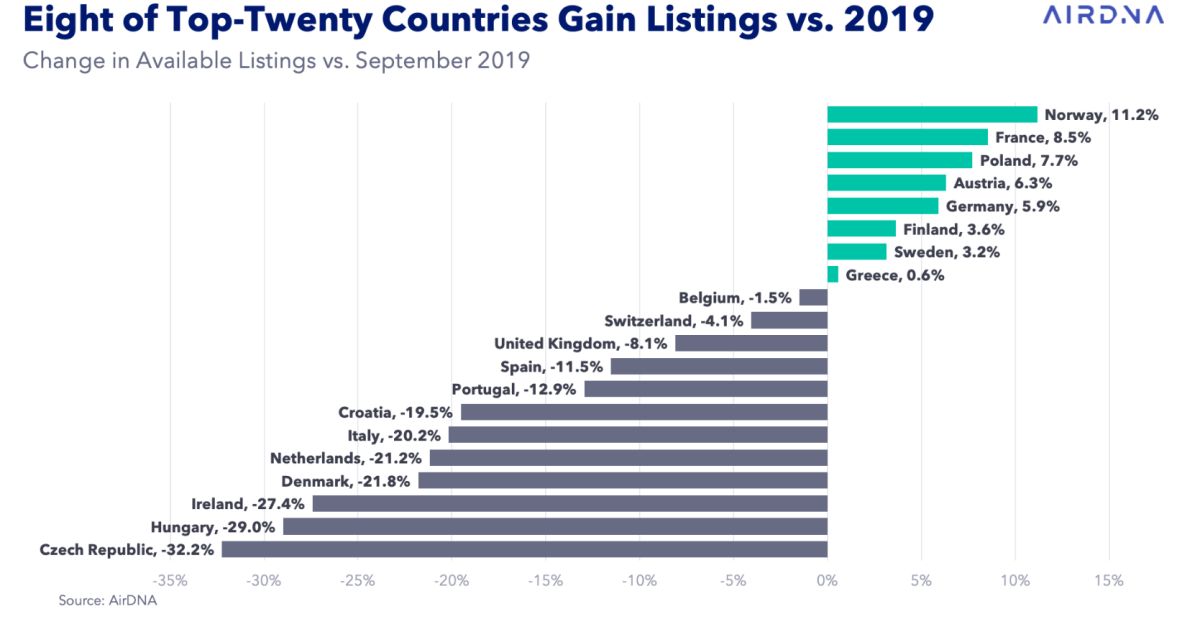 Additionally, Greece also saw demand for short-term rental options increase by a massive 61.8 percent over the summer compared to the same period in 2021. The country fared well in the number of overnight stays which grew by 24.1 percent compared to pre-Covid 2019 and ranked 3rd in the Top 3 among 20 countries after Germany (+24.8 percent) and before France (+21.9 percent).

According to AirDNA data, demand in October and November will continue at a steady pace but is set to slow down from December to March with Greece expecting a 40 percent decline in short-term rental demand in the period over 2019. Based on data from October 10 onward, demand for Airbnb-style rentals for October and November across Europe has increased by 8 percent over 2019 levels. 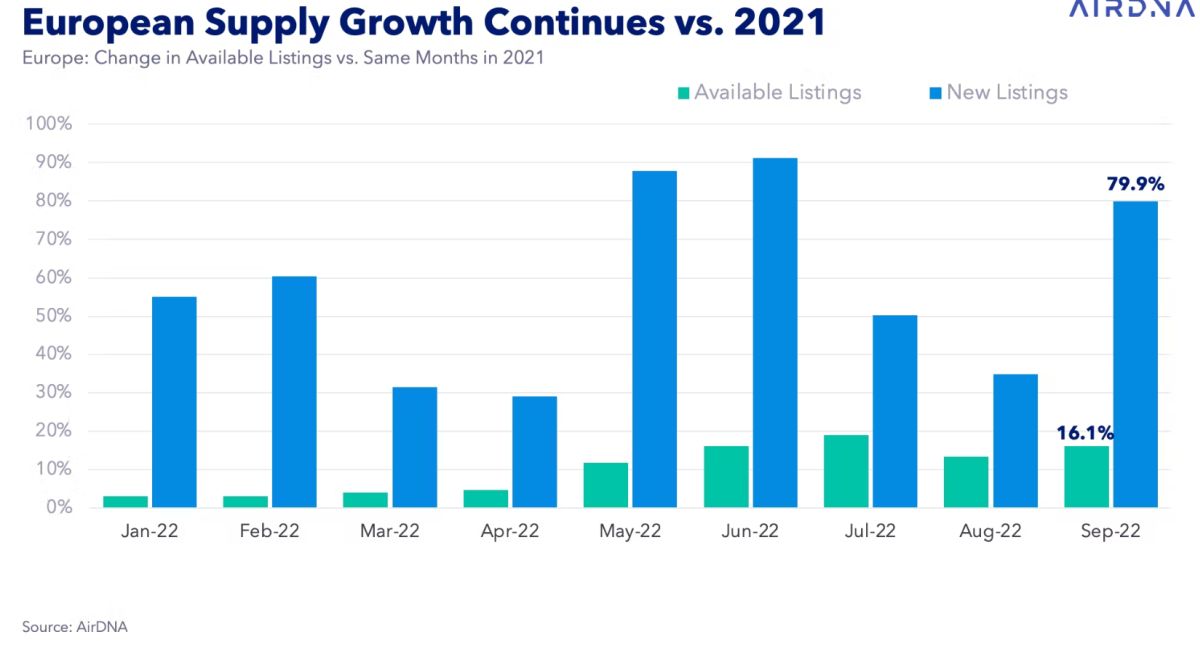 “There is still a lot of pent-up demand for travel, but at the margin, guests may decide on more budget-friendly destinations, and destinations closer to home. Hosts should be mindful of some popular trends in the post-pandemic era that can help to capitalize on the some of that pent-up demand, especially for digital nomads and ‘bleisure’ travel (business + leisure at the same time),” said AirDNA.