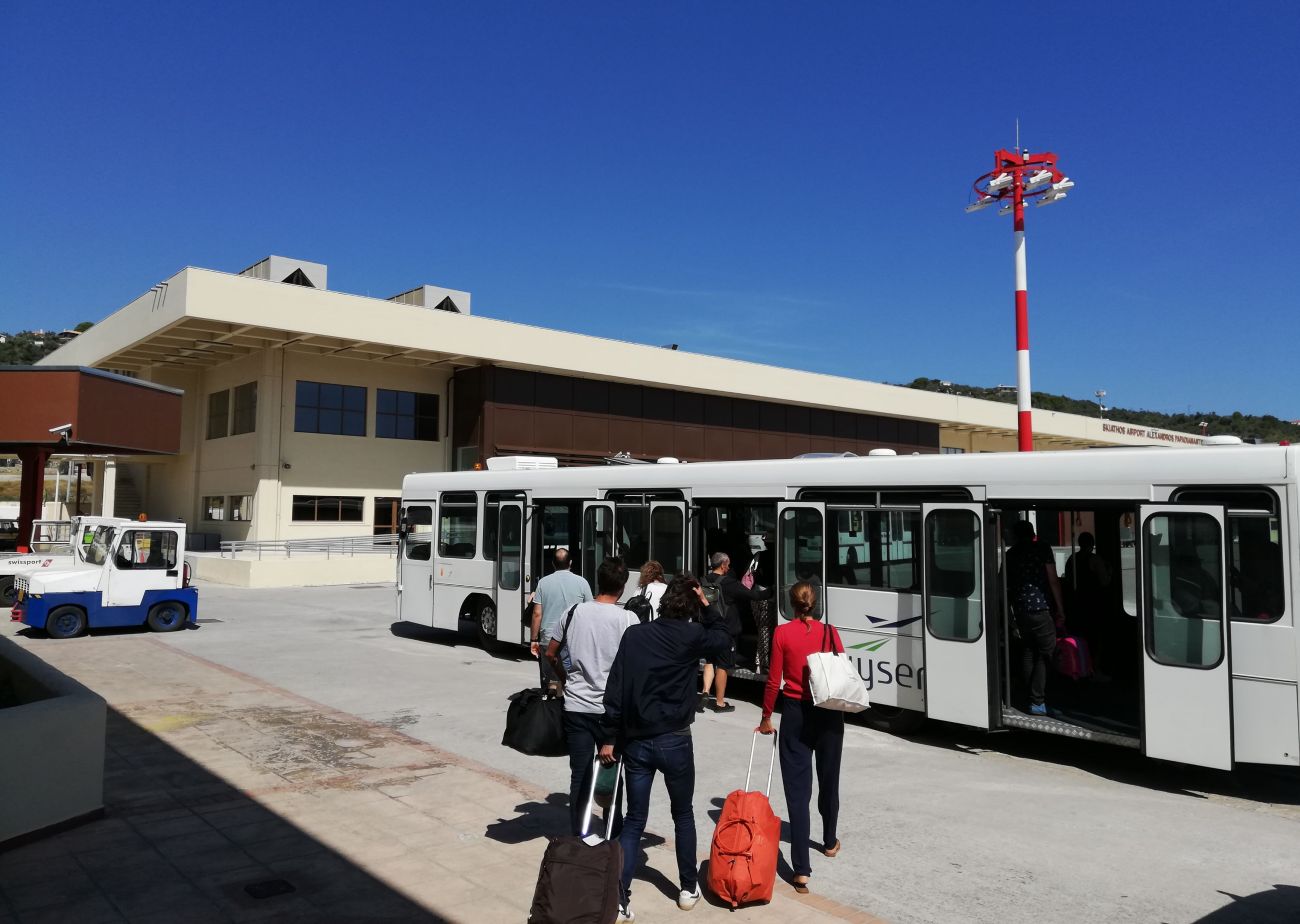 More specifically from January to September 2022, international arrivals through three mainland gateways (Thessaloniki, Aktion, and Kavala) and on 11 Greek islands (Chania on Crete, Corfu, Kefalonia, Kos, Mykonos, Lesvos, Rhodes, Samos, Santorini, Skiathos and Zakynthos), was up by 6.9 percent, while domestic flows were down by 11.6 percent compared to the same period in 2019. 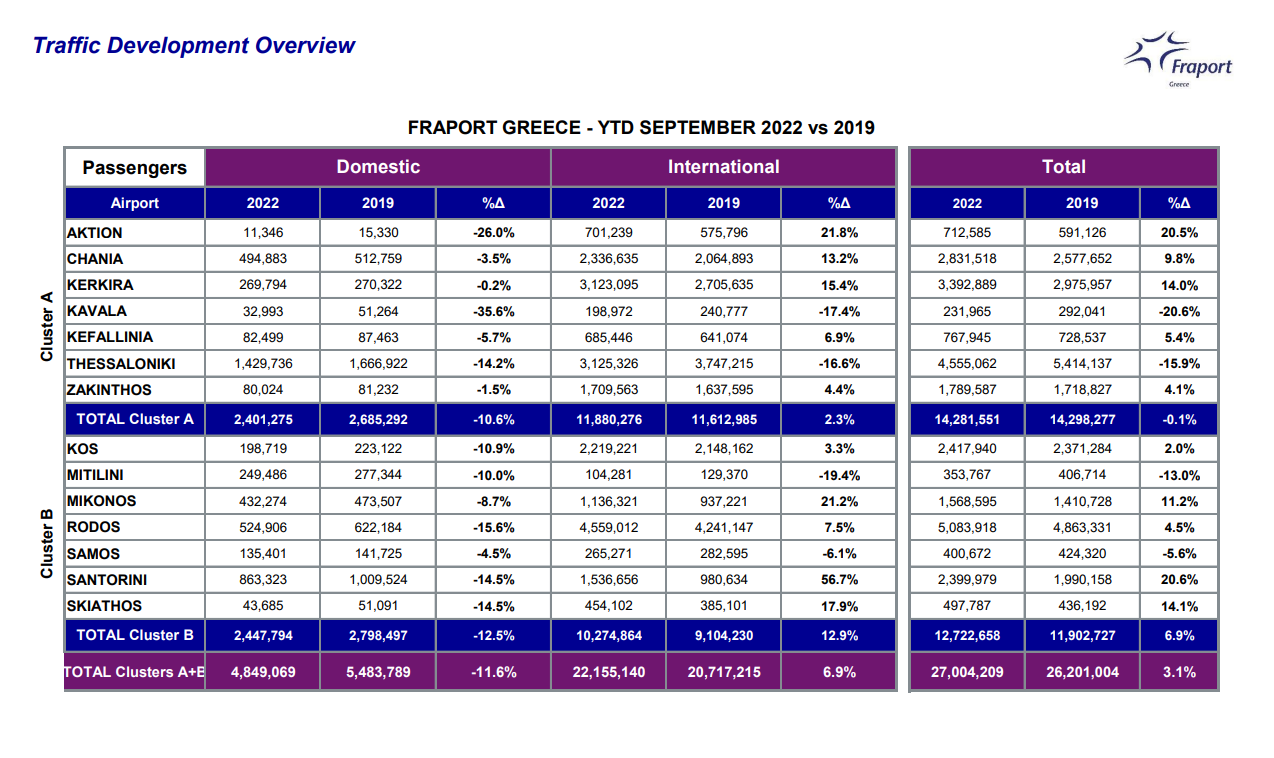 Leading the way in the nine-month period, Santorini airport saw passenger flows increase by 20.6 percent over 2019 with international arrivals up by 56.7 percent.

Next in line was the airport of Aktion marking a 20.5 percent rise in traffic with the airports of Kavala, Thessaloniki, Lesvos and Samos marking declines.

Passenger traffic up in September

In September, according to Fraport Greece, passenger traffic increased by 7.2 percent compared to pre-Covid 2019 to 4.7 million travelers. International arrivals were up by 9.5 percent compared to 2019 levels but domestic flows were down by 4.1 percent. 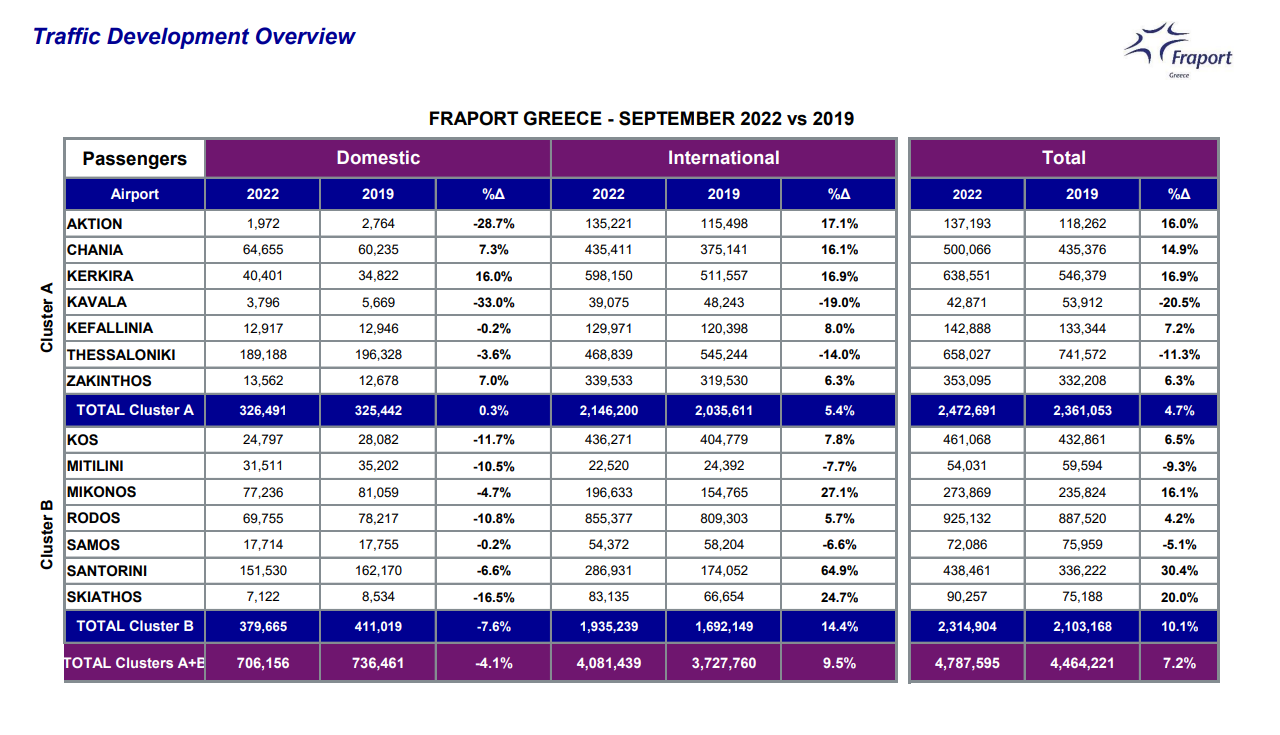 Traffic through the country’s 14 regional airports in August were also up by 9.4 percent to 5.99 million passengers compared to 5.48 million in the same month in 2019.