Mykonos Shows its ‘Sporty’ Side at 1st Running Festival 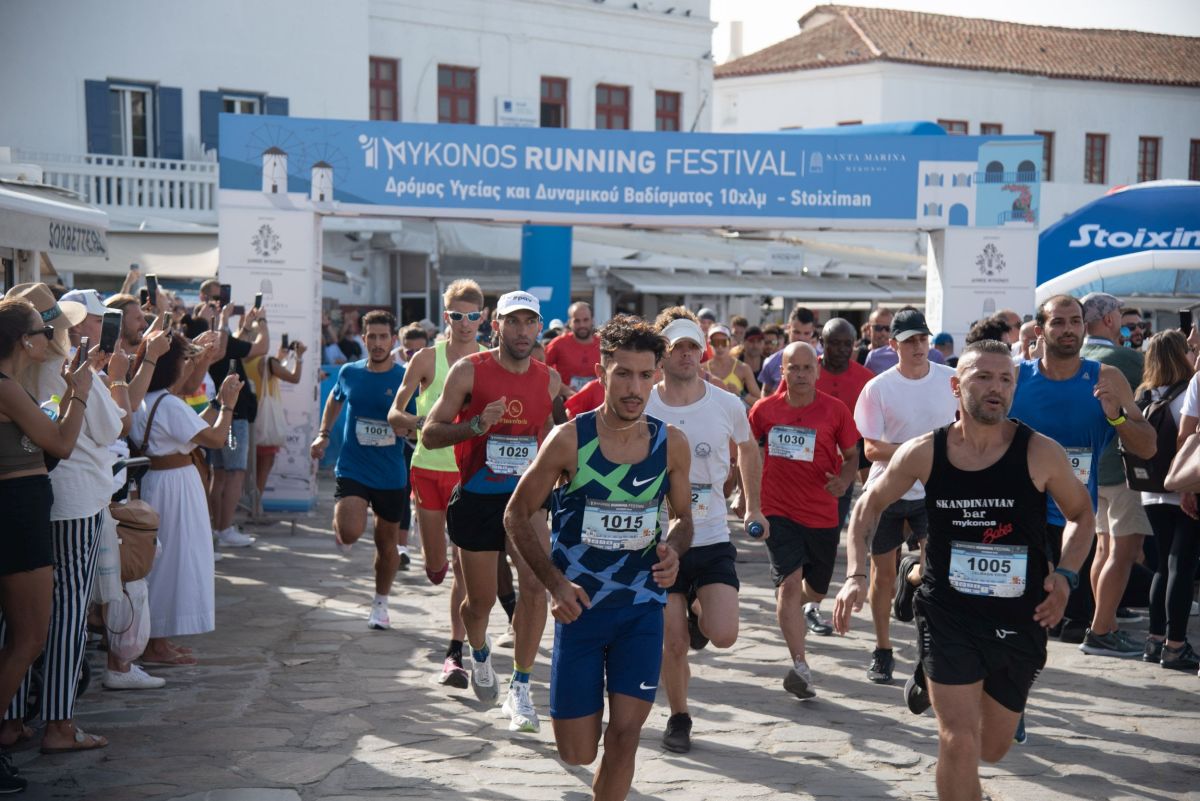 The island of Mykonos has added sports tourism activities to its “umbrella” of entertainment and recreational options following the success of its first ever running festival.

Held between September 30 and October 2, the event included three main races and a number of parallel events.

Organized by the Municipality of Mykonos, the MEAS Triton Athletics Association, the Hellenic Athletics Federation (SEGAS) and the Association of International Marathons and Distance Races (AIMA), the event is a first step towards promoting Mykonos as a sports tourism destination. 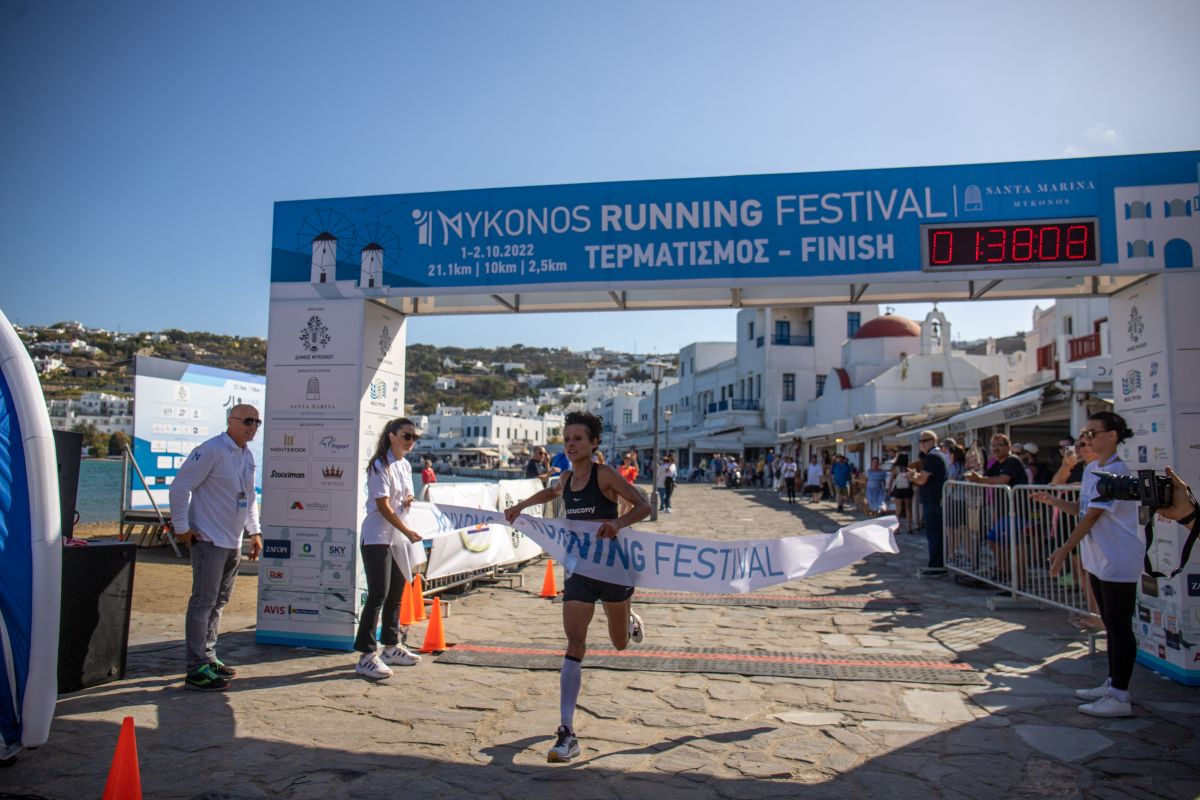 According to Mykonos Mayor Konstantinos Koukas, the new running event can contribute to the extension of the island’s tourism season.

“The Mykonos Running Festival is a new event that is here to stay… It will be organized every year with the aim of extending the tourist season and enriching the island’s tourism offering,” he said. 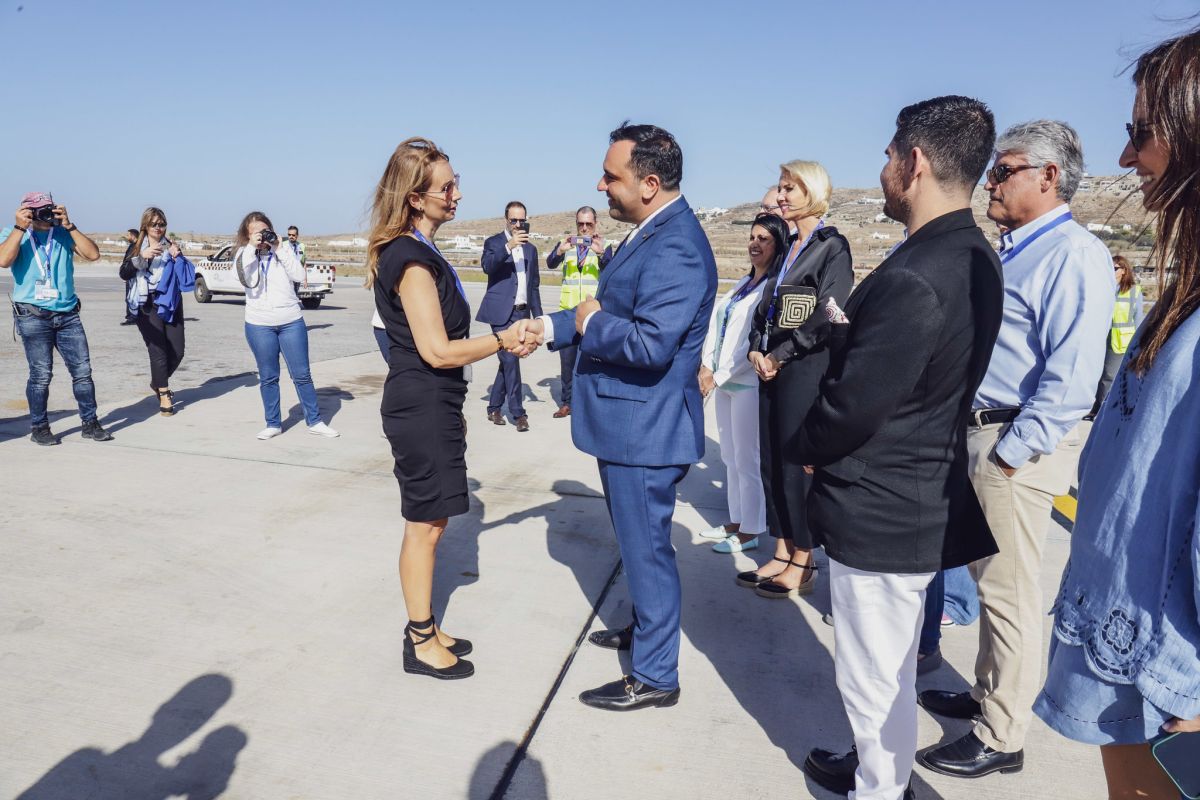 Three main races took place during the festival’s program – the 10km Health and Dynamic Walking-Stoiximan Mykonos Run, the Half Marathon–Mykonos Gold and the 2.5km Mykonos Family Fun – transforming the island known for its vibrant lifestyle into a running field. 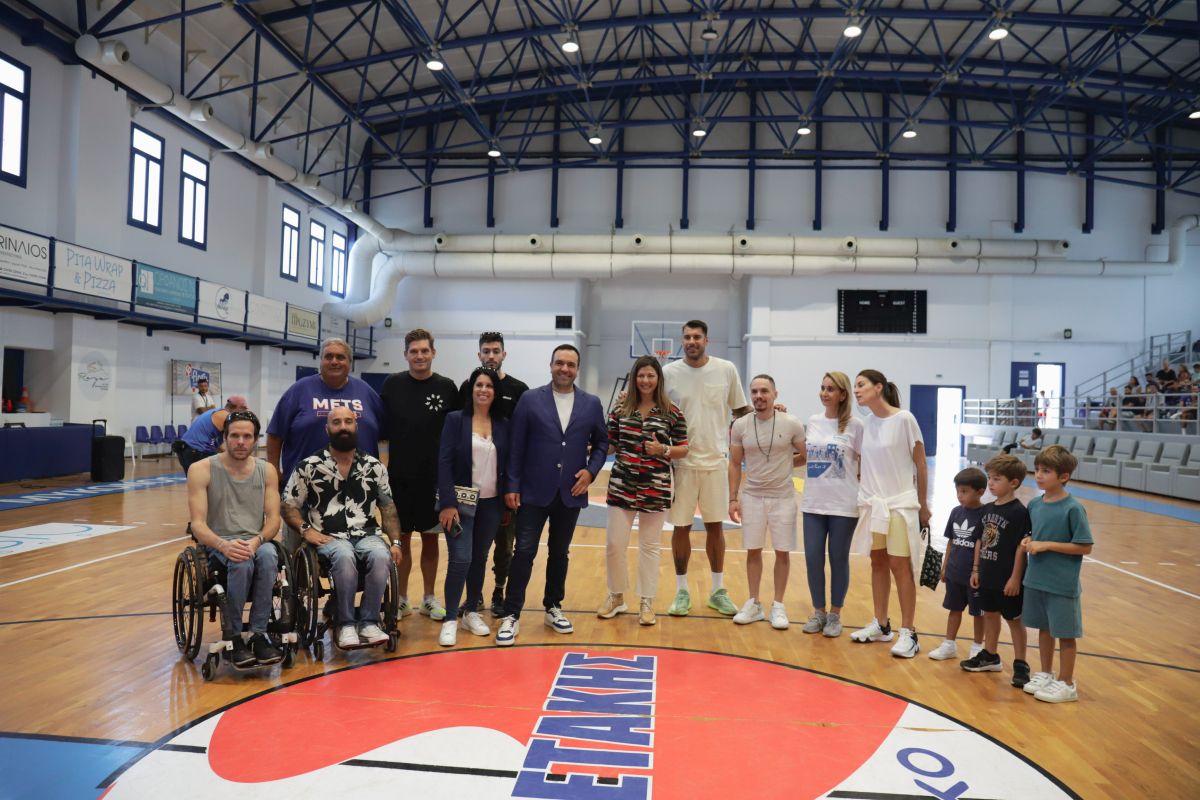 The 1st Mykonos Running Festival also included a business forum, a beach party in honor of the participants and a food festival familiarizing Greek and foreign consumers with Cycladic products.

“It was a dream for MEAS Triton and the Municipality of Mykonos to jointly create a sports event… The 1st Mykonos Running Festival is the birth of a great event and we are aiming for it to take place every year,” President of MEAS Triton, Christina Karamichou said. 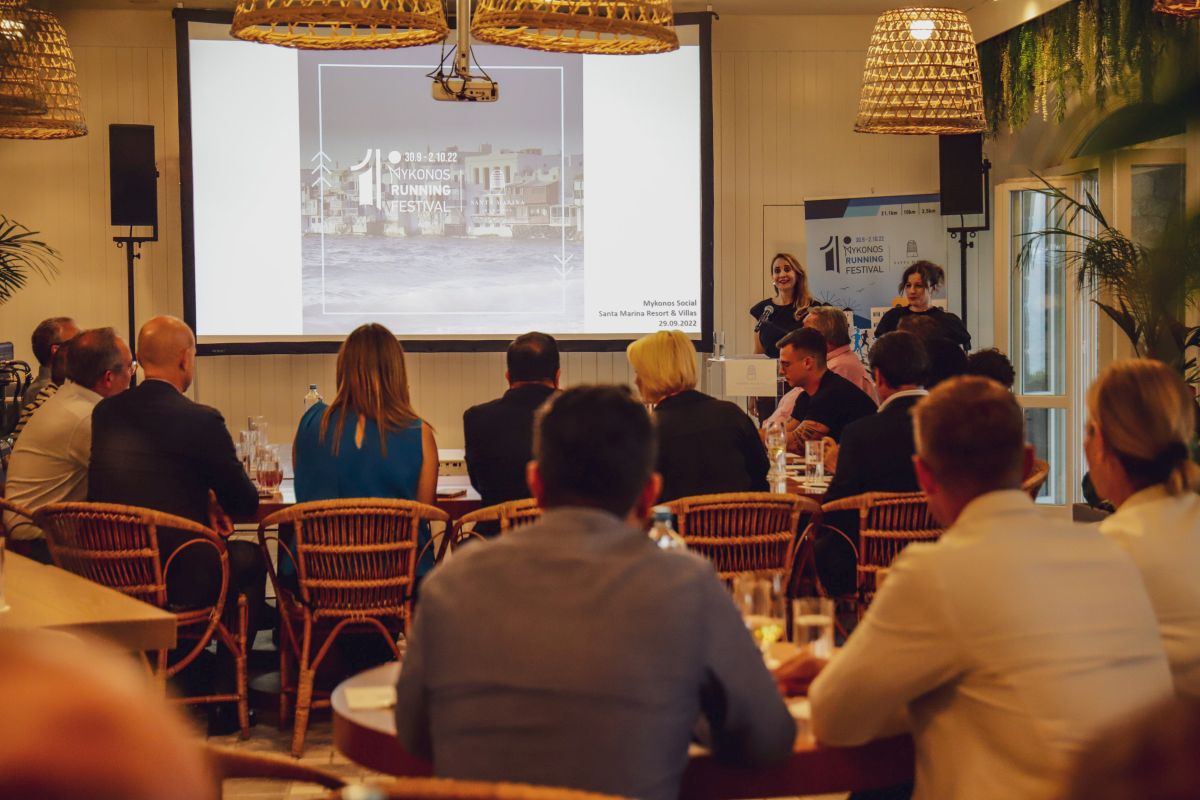 According to Karamichou, the rich program of parallel events of the 1st Mykonos Running Festival offered a special experience to participants and visitors.

“This is an event for everyone,” she said.

One of the event’s highlights was the Peace Run Ceremony.

The Mykonos Running Festival opened with the Peace Run Ceremony, which saw the golden olive tree symbol of the ‘Alexander the Great’ International Marathon arriving to Mykonos on a SKY express flight from Thessaloniki. 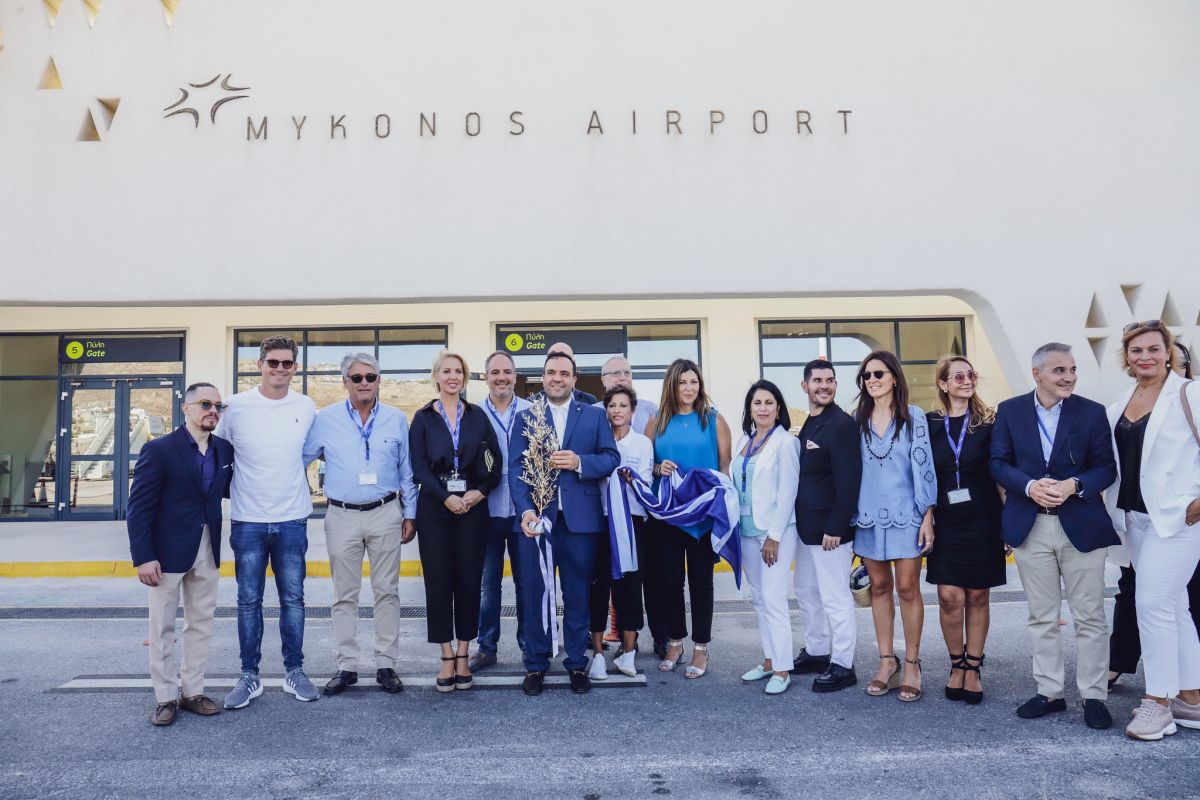 Speaking to the media, the deputy minister underlined that the 1st Mykonos Running Festival was a great opportunity to highlight “the other side” of the island, as it is mainly known for as a cosmopolitan party destination. 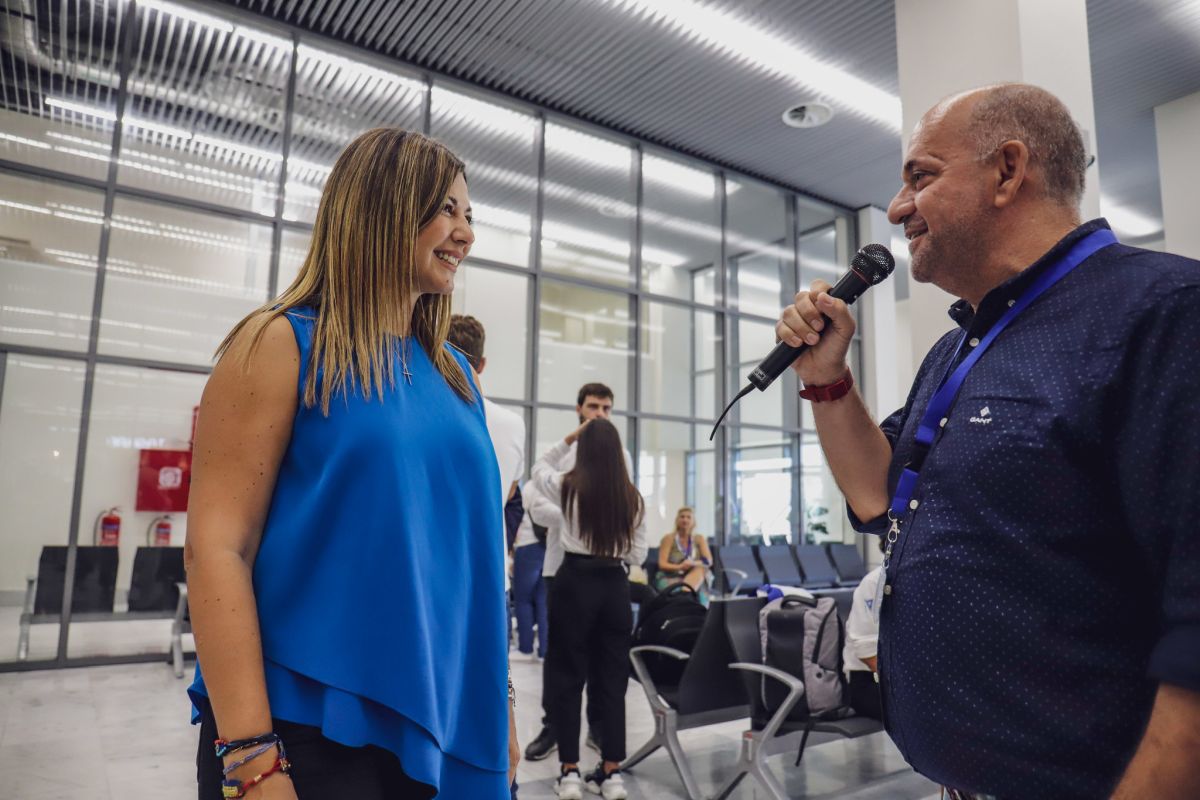 “The event is an opportunity to highlight the other side of the island, the side it has in terms of sports, culture, gastronomy, local products – all which are connected to hospitality and offer a wellbeing experience,” Zacharaki said.

“Greece can support sports tourism, one of the most developing forms of tourism,” she added.

GTP Headlines was a communication sponsor of the 1st Mykonos Running Festival.