Castle of Kavala in Northern Greece to Get an Upgrade 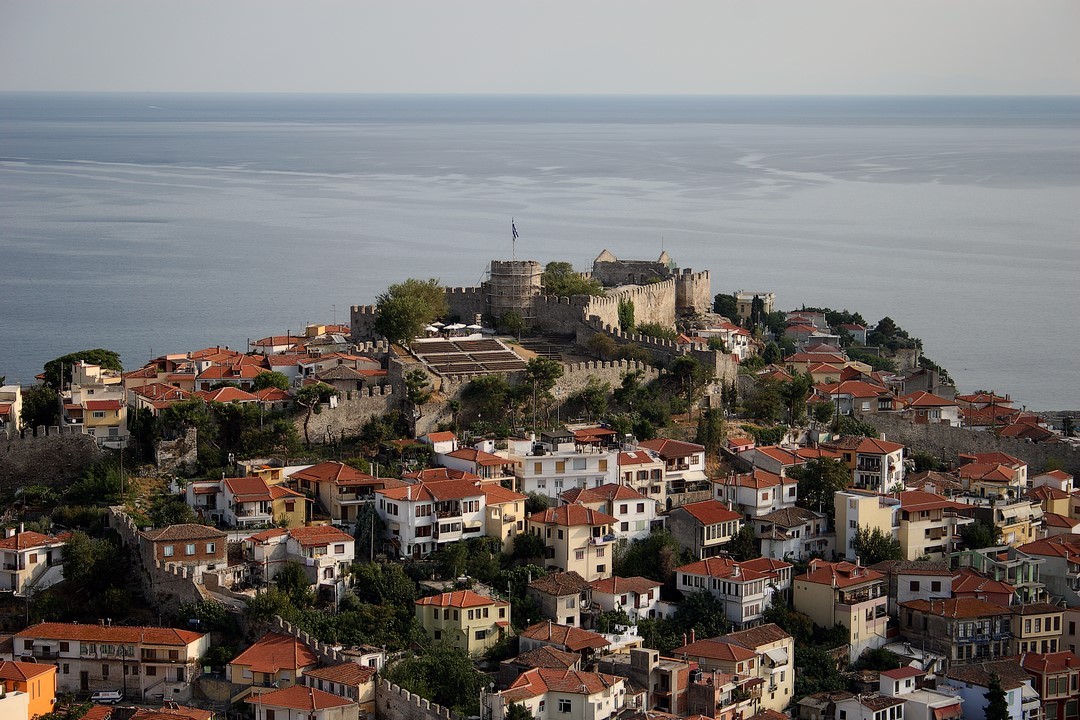 The Fortress of Kavala, Northern Greece, will get an upgrade and become accessible to people with disabilities, according to Greek Culture Minister Lina Mendoni.

During a recent inspection of the monument, the minister said that the site lacks basic accessibility infrastructure while a series of damages were also discovered.

“Our intervention will focus on making the fortress wheelchair-friendly while its theatre will get fully refurbished and more designated recreational areas will be added,” Mendoni said following the inspection.

Located on the Acropolis of Kavala, the fortress is considered the town’s landmark and boasts centuries of history.

It was built on the remains of the Byzantine Acropolis of Christoupolis (former name of Kavala), which was destroyed in 1391, incorporating parts that survived from it. The various fortification interventions at the site were carried out by Byzantines, Venetians and Ottomans. 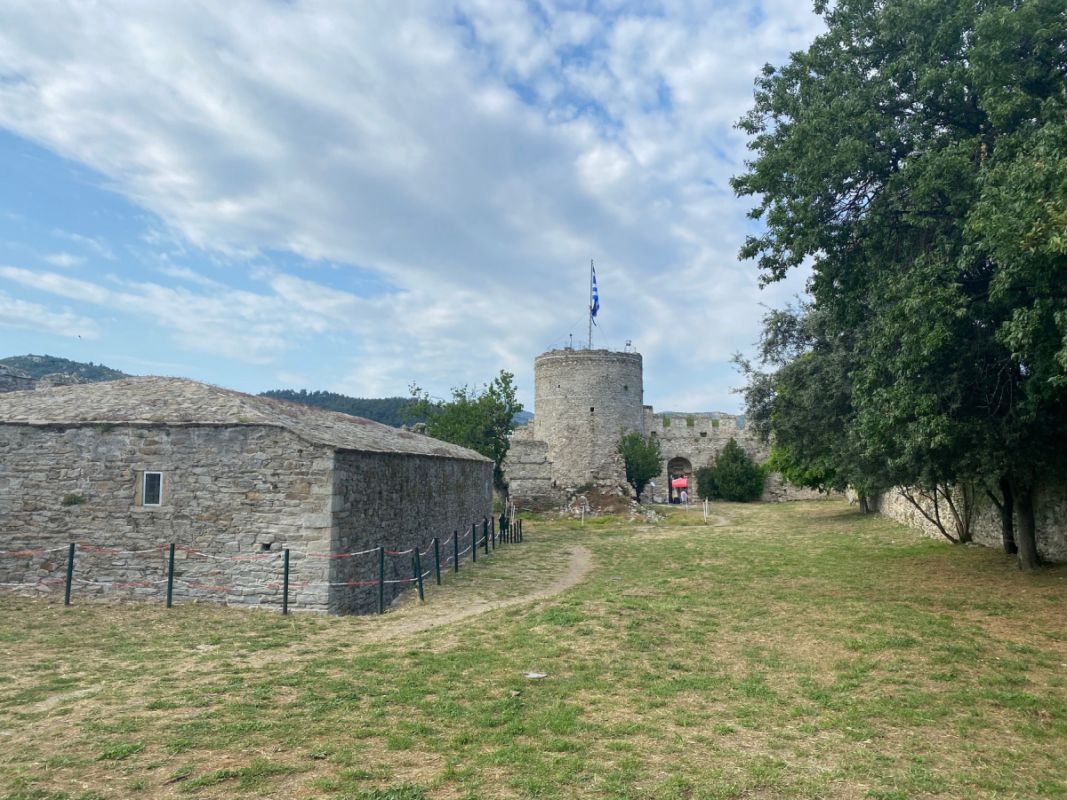 “The planned upgrade will enhance Kavala’s tourism appeal and strengthen the monument’s identity as a cultural and educational space for all,” Mendoni added.

Today, visitors can see the central circular tower that served as the past resort for defense, offering a unique view of the town and other structures like the guardhouse, the cistern and the arsenal and food storage.

The fortress also has a cafeteria and a modern open-air theatre that regularly hosts a variety of cultural events. 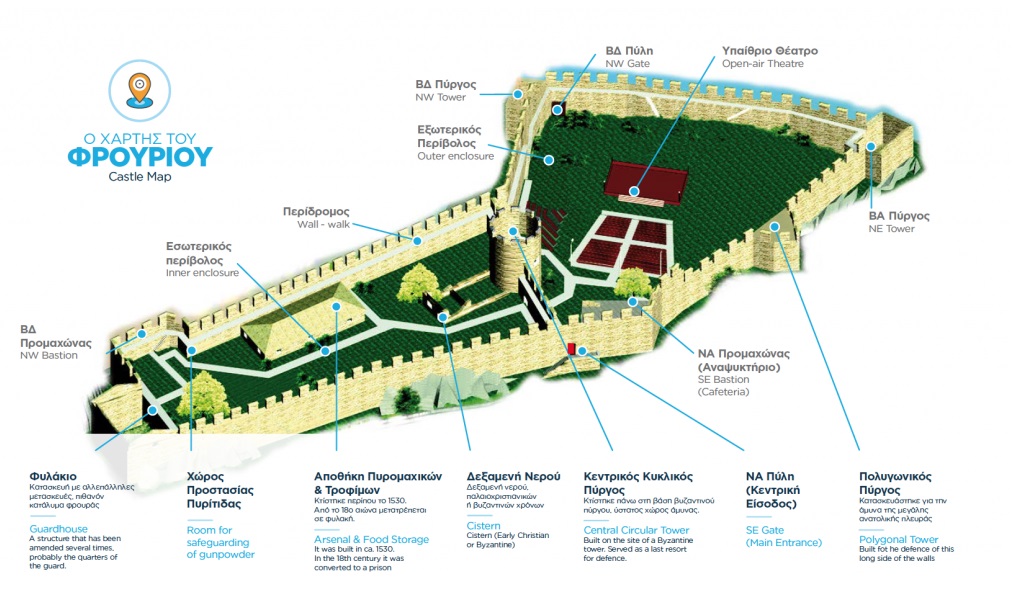 Upgrade works will include a replacement of the theatre’s stage and seats and a structural refurbishment of its tribunes. New stations to offer assistance to people with disabilities will also be added to the site as well as accessible paths. The site’s welcoming center will also be refurbished and include the addition of an elevator for easier and safe access from the fortress’s main gate. 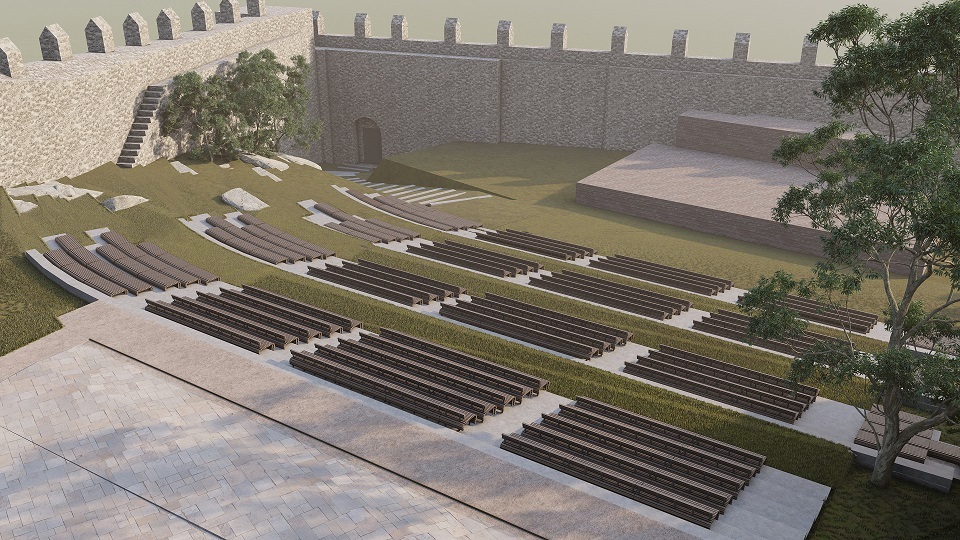 The upgrade will be a collaboration of the Ministry of Culture, the Region of East Macedonia and Thrace and the Municipality of Kavala. It will be funded by the Recovery and Resilience Fund (RRF).