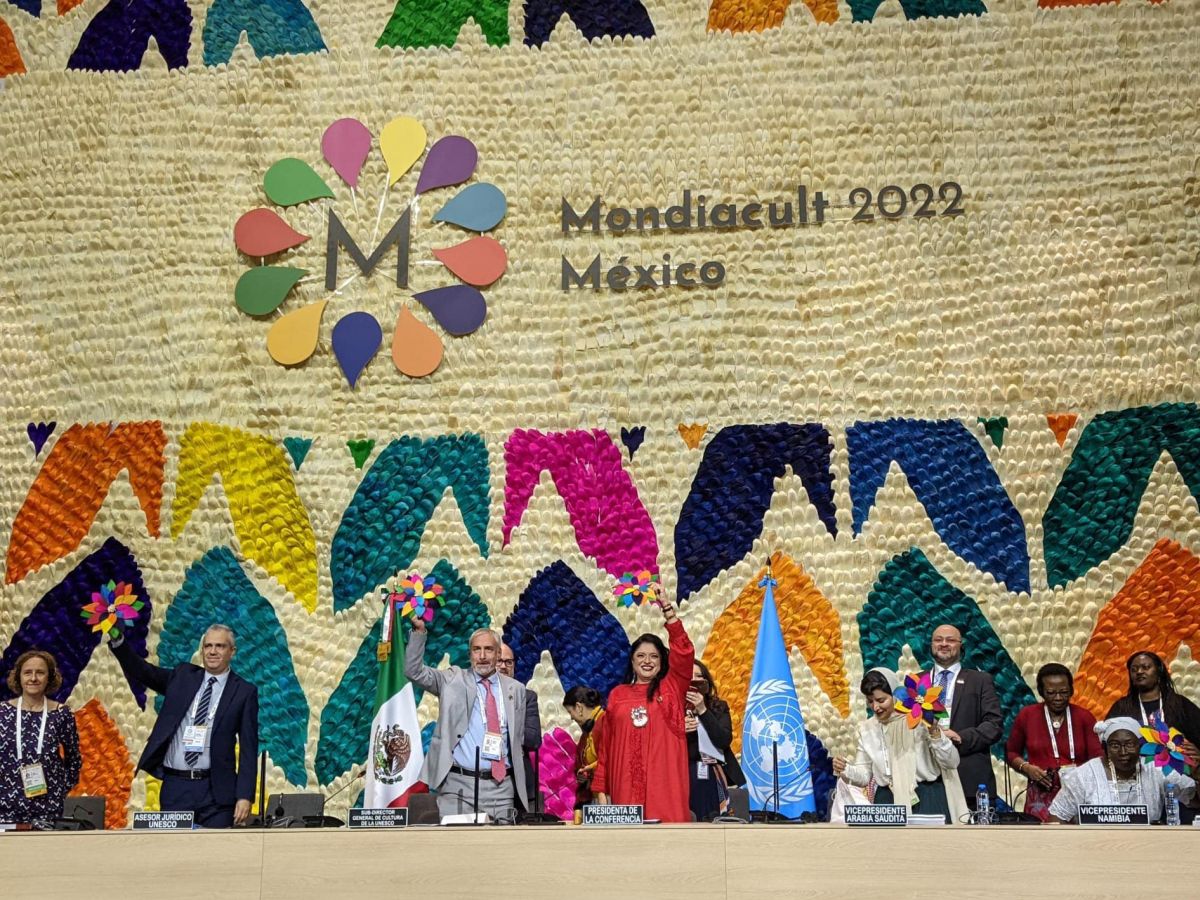 Culture was recognized as a “global public good” at the UNESCO World Conference on Cultural Policies and Sustainable Development – MONDIACULT 2022 held recently in Mexico.

The Declaration for Culture, unanimously adopted by 150 States, was the result of ten months of multilateral negotiations led by UNESCO. 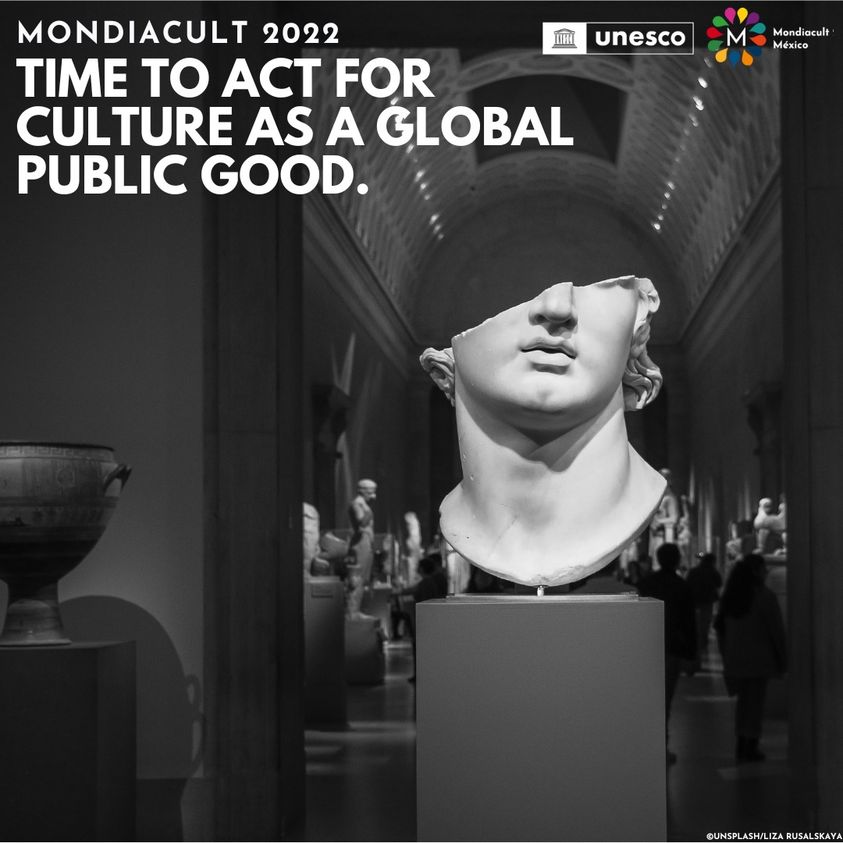 “Culture has a fundamental role in our societies. Yet, despite progress, it still does not have the place it deserves in public policies and international cooperation. The declaration adopted today is a commitment to action,” said UNESCO Director – General, Audrey Azoulay.

In the declaration, governments, among other commitments, agreed to intensify the fight against illicit trafficking of cultural goods with increased international cooperation. 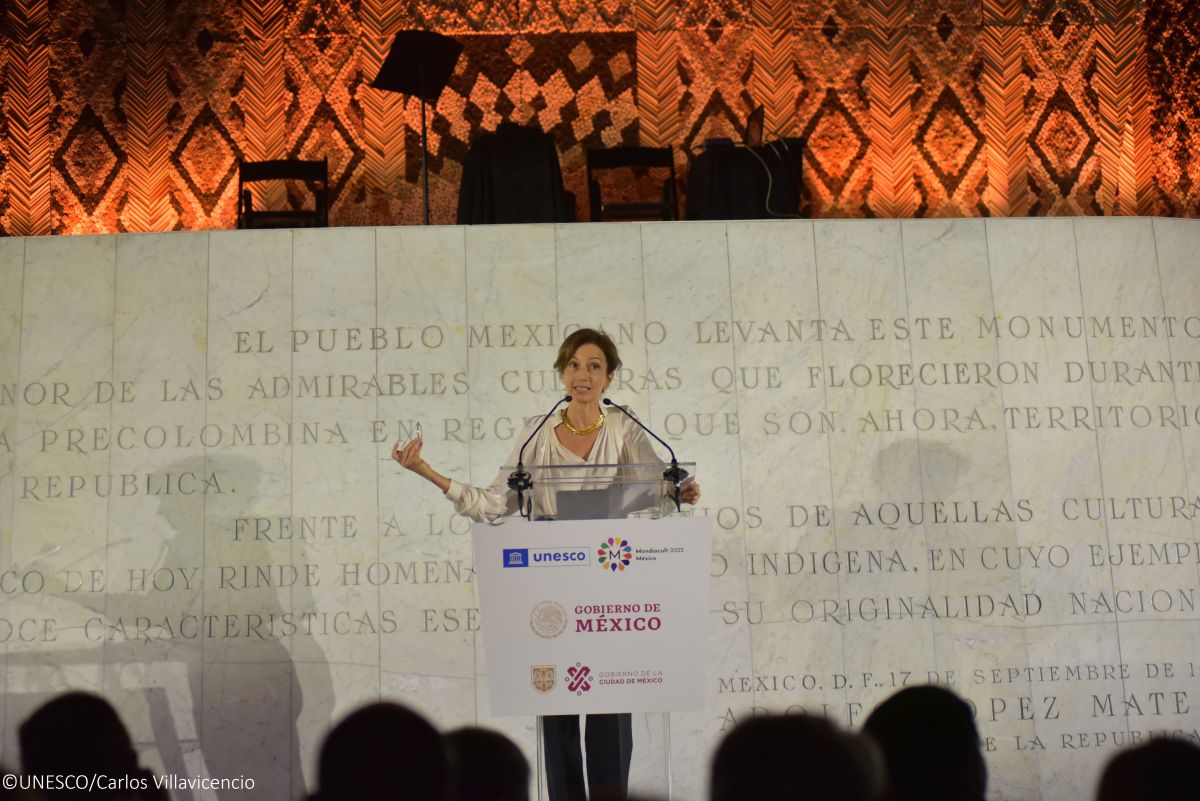 On the same subject, Azoulay announced the creation by UNESCO and INTERPOL of a virtual museum of stolen cultural property which by 2025  will serve as an educational and pedagogical tool so that citizens can learn about the history of these works, and help people research the provenance of pieces about which they are unsure. 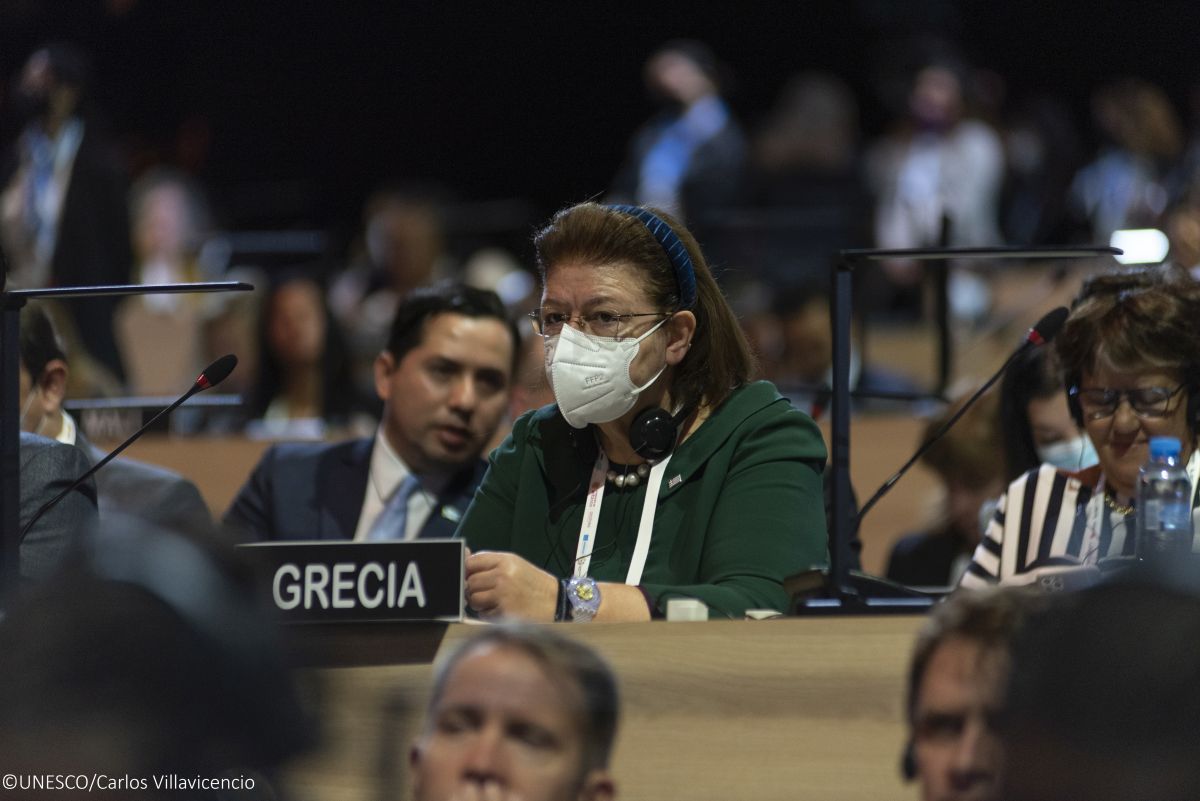 Greek Culture Minister Lina Mendoni represented Greece at UNESCO’s Mondiacult 2022. Speaking during the UNESCO Conference, she reiterated Greece’s long-standing request of the repatriation of the Parthenon Marbles and noted that it is a matter of “respecting and preserving the authenticity, unity and integrity of cultural heritage”.

While in Mexico, Mendoni met with Director General of UNESCO, Audrey Azoulay who thanked Greece for the excellent level of collaboration it has showcased over recent years with all UNESCO bodies. 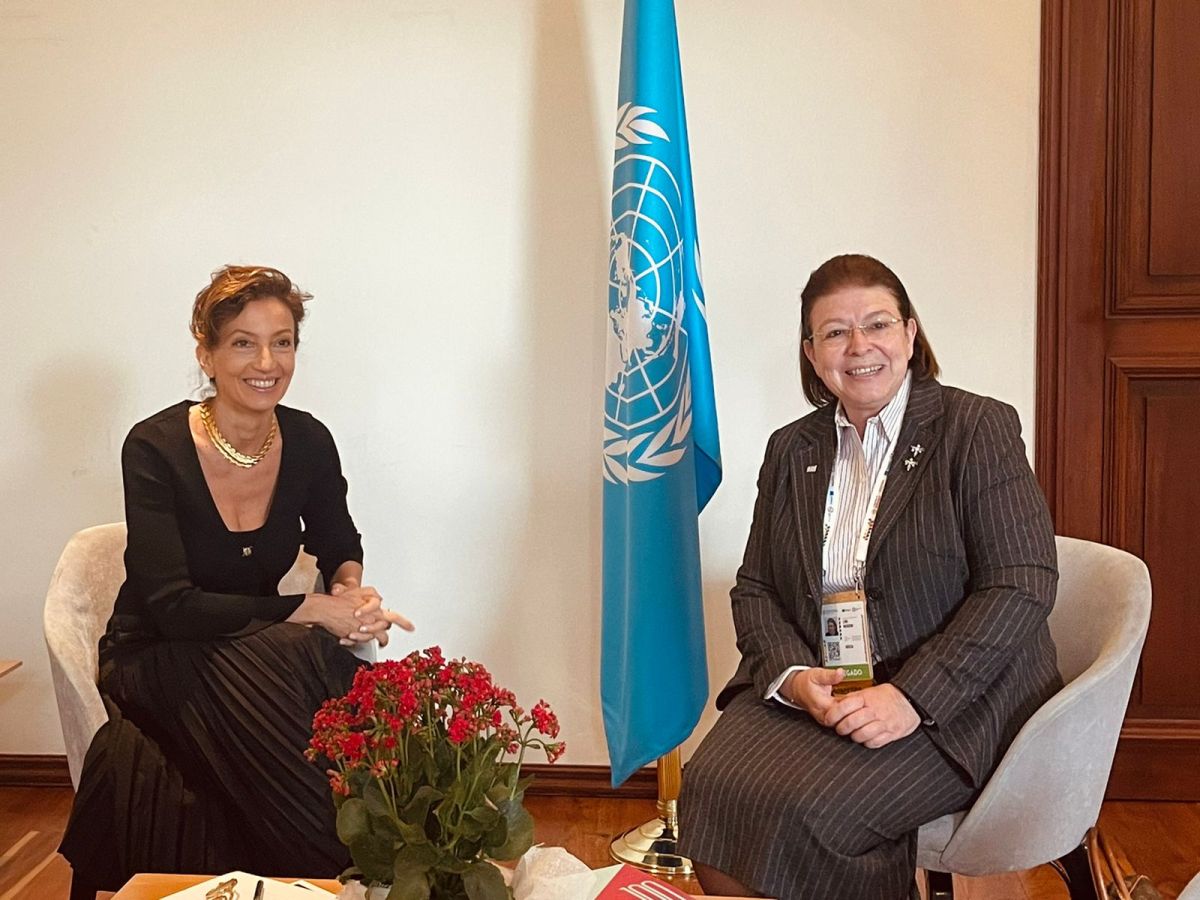 During their meeting, Mendoni discussed a number of initiatives developed by Greece within the UNESCO framework and particularly the international conference which will take place in November 2022 in Delphi, Greece, co – organized by the Greek Ministry of Culture and Sports and the Permanent Delegation of Greece to UNESCO in cooperation with the UNESCO World Heritage Centre.

Celebrating 50 years since the UNESCO World Heritage Convention the event aims to present critical factors that affect cultural and natural monuments, worldwide, and aspires to deal mainly with two topics, which already affect and are predicted to be decisive for the future: climate change and sustainable tourism. 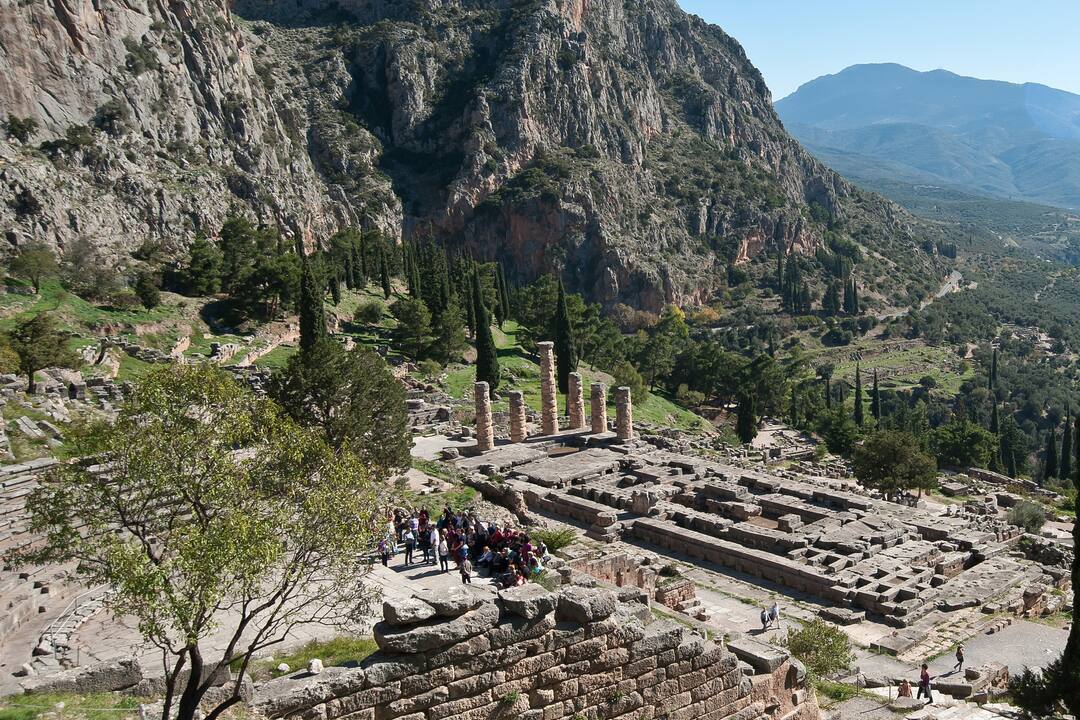 MONDIACULT 2022 was the largest world conference devoted to culture in the last 40 years and brought together nearly 2,600 participants over three days in Mexico City. At UNESCO’s and Mexico’s invitation, 150 States sent delegations to the conference, 135 of them were represented at the highest level by ministers of culture.