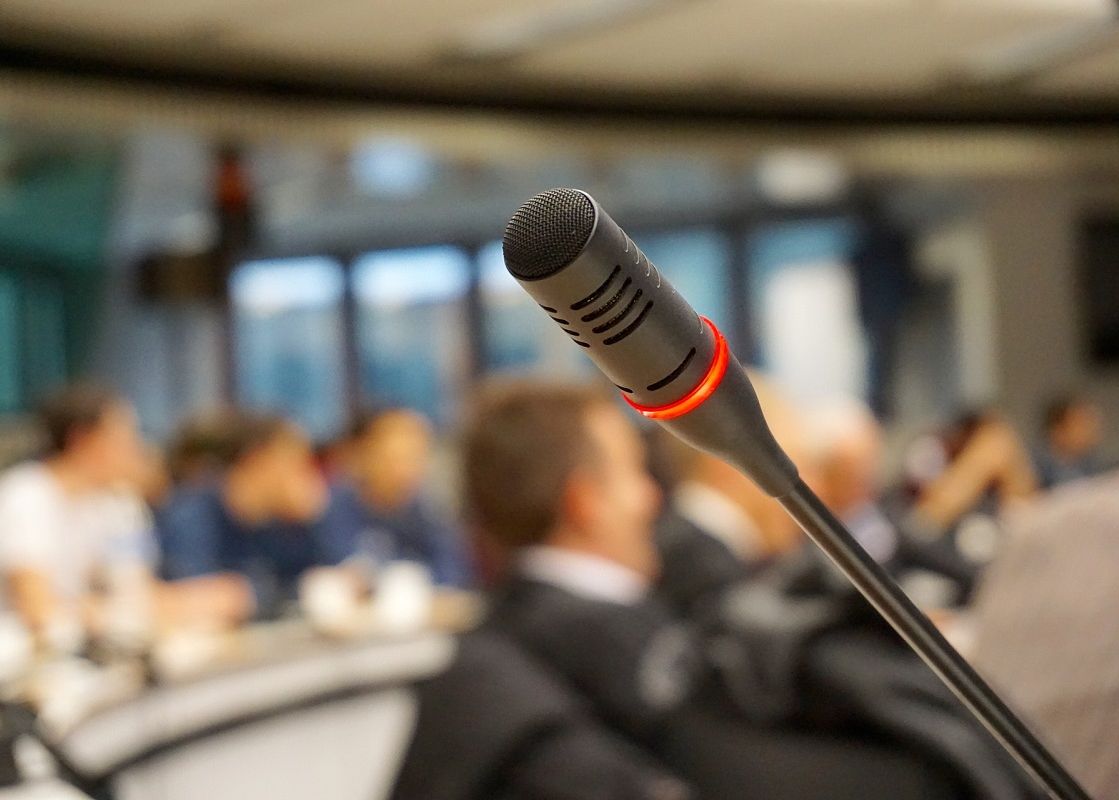 Speaking to journalists during a recent media event, Sissi Lygnou, the president of the Hellenic Association of Professional Congress Organizers & Destinations Events Specialists (HAPCO & DES), referred to the MICE (Meetings Incentives Congresses Events) industry as a “treasure” of Greek tourism, one that – if promoted – could give a significant boost to the development of Greece, considering that it has no seasonality; it attracts high-end and high-income audiences; and also promotes the country to international markets.

“Unfortunately, its potential has currently only been seen through private initiative and is not part of a national action plan for the development of Greek tourism,” Lygnou said, mentioning that Greece’s MICE industry has never been included in a promotional campaign despite the requests of PCOs. 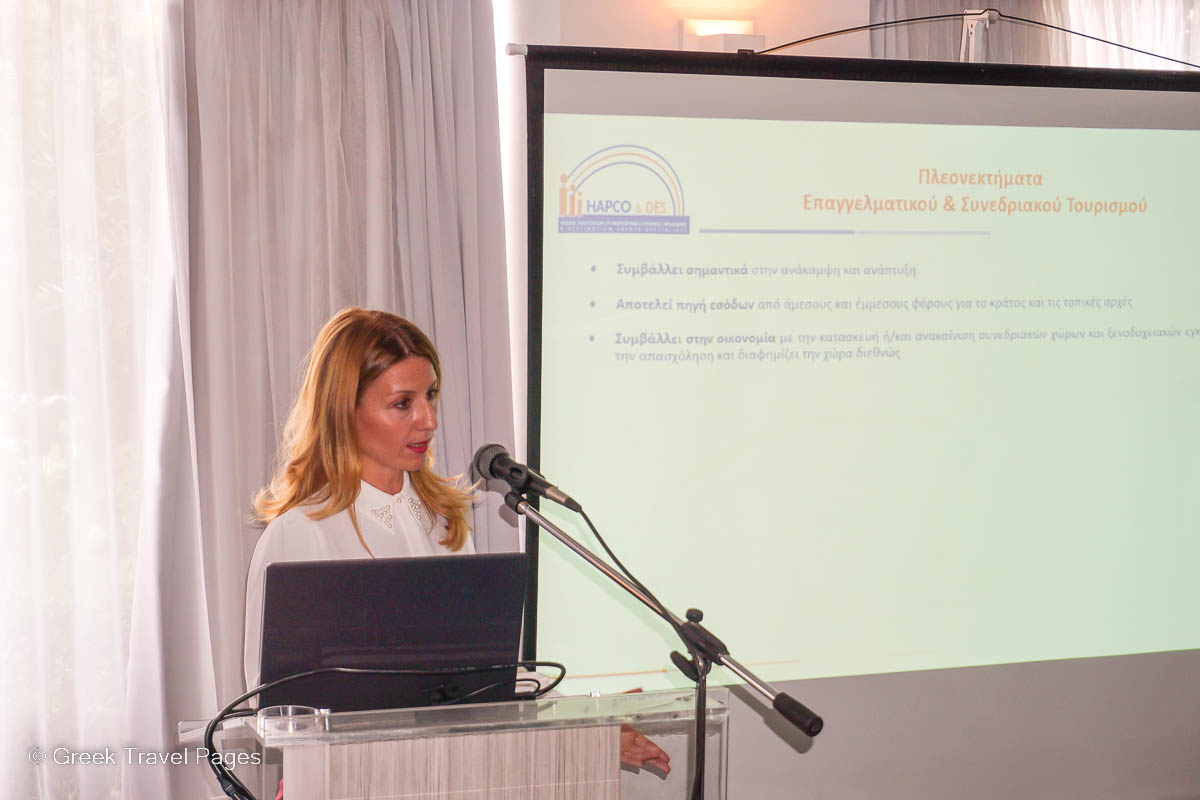 “Greece has proven, even during the last two years, its ability as a leading conference destination and it is important for this to be included in a national plan of targeted promotion, which should be drawn up in collaboration with the government,” she stressed.

Speaking with more detail on the lack of promotion for MICE tourism, Lygnou highlighted that the country’s image could be upgraded as a leading MICE destination in Europe if it was promoted in tourism exhibitions abroad in which Greece takes part as a country.

She said that HAPCO-DES are more than willing to cooperate with the Greek National Tourism Organization (GNTO) to organize special events to promote Greek conference tourism in designated areas at the country’s venues in exhibitions. 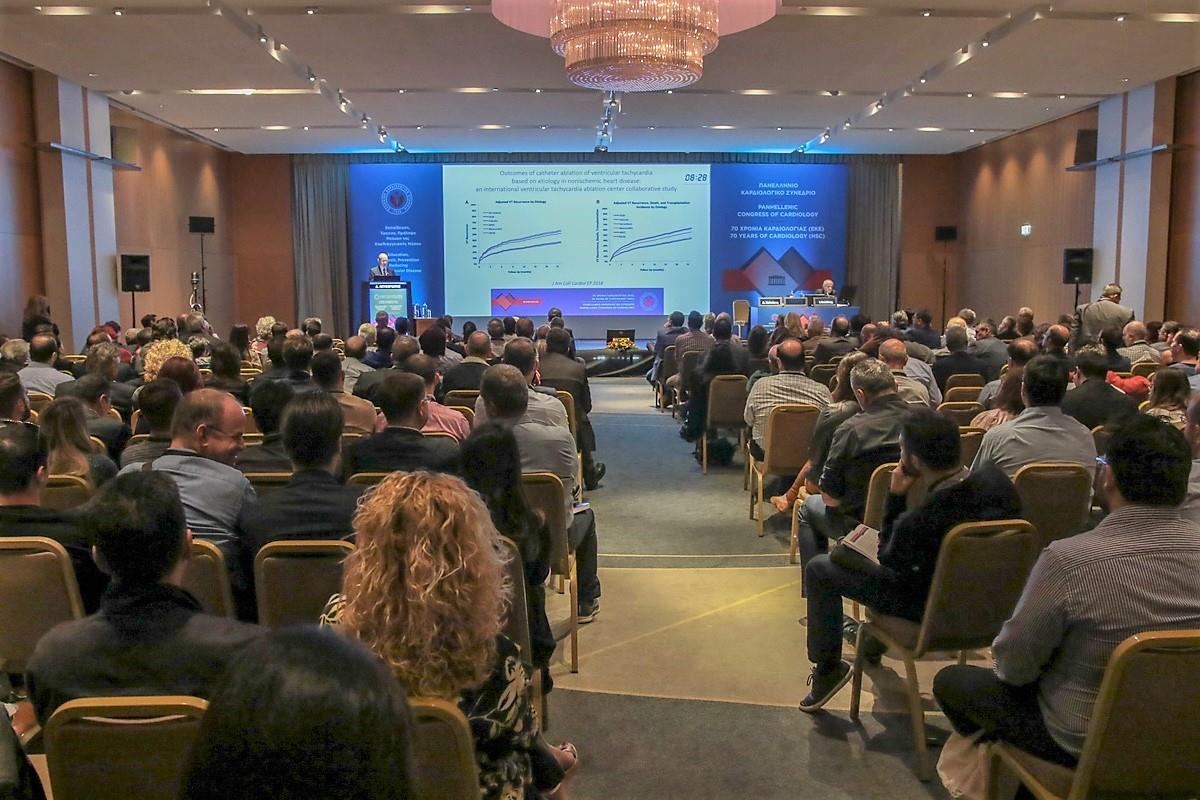 Highlighting the importance of the MICE industry in numbers, Lygnou said revenue from conference tourism in 2022 at the moment is estimated at some 1.7 billion euros, while 2023 is expected to be a new “exceptional” year.

“During the years of the health crisis (Covid-19), the industry received a huge blow… However, we managed in 2022 to rise to the occasion. This year was a very good year, because conference tourism rebounded and we managed to host very important events,” the president of HAPCO-DES said. 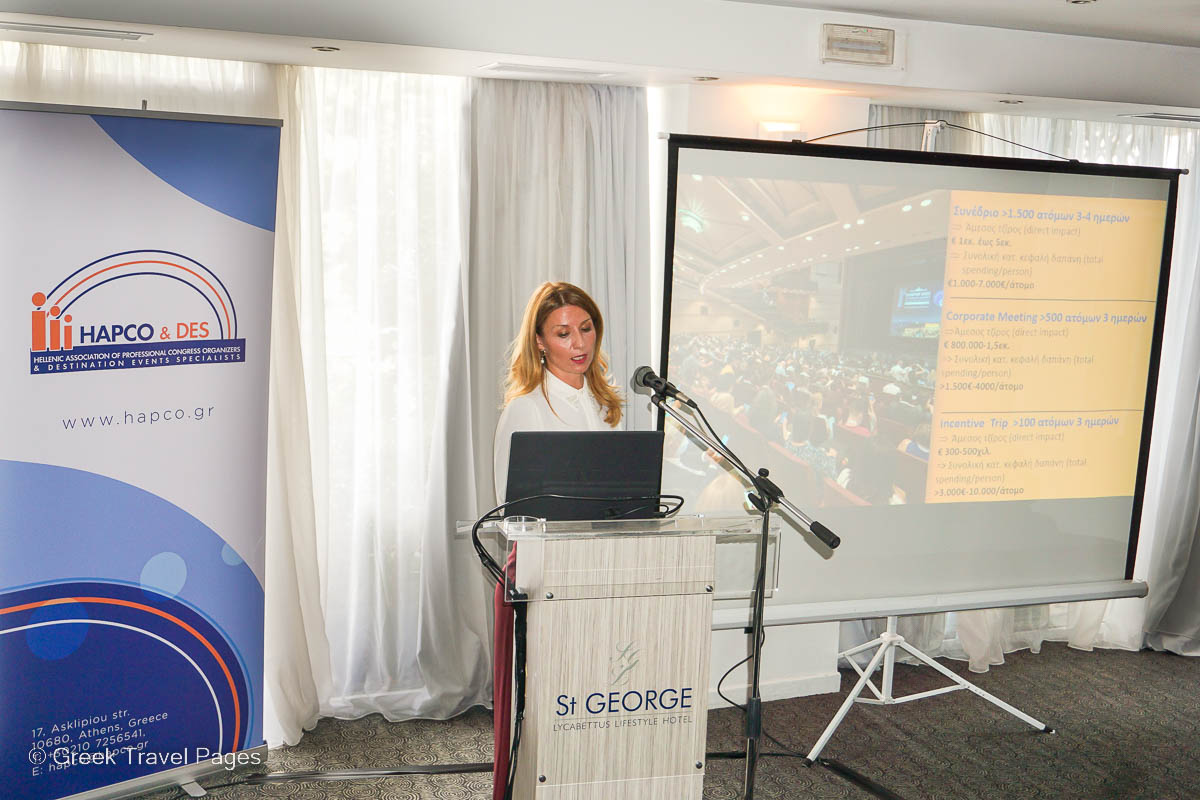 During the media event, Lygnou presented official data that proves the importance of conference tourism for Greece.

“More than 50 professions are involved in holding a conference and gain from it,” she said.

According to data, the direct turnover of a 3- to 4-day conference, hosting 1,500 delegates, is estimated at one to five million euros, while the total expenditure per person in the host city is 1,000-7,000 euros.

Accordingly, for a 3-day corporate meeting of 500 delegates, the direct turnover is 800,000 to 1.5 million euros and the total average expenditure per person in the host destination is estimated at 1,500-4,000 euros.

According to data from the International Congress and Convention Association (ICCA), Greece in 2021 ranked 17th in the top 50 performing meeting destinations on an international level and 10th in the European ranking.

What else Greece needs for MICE tourism to “take off” 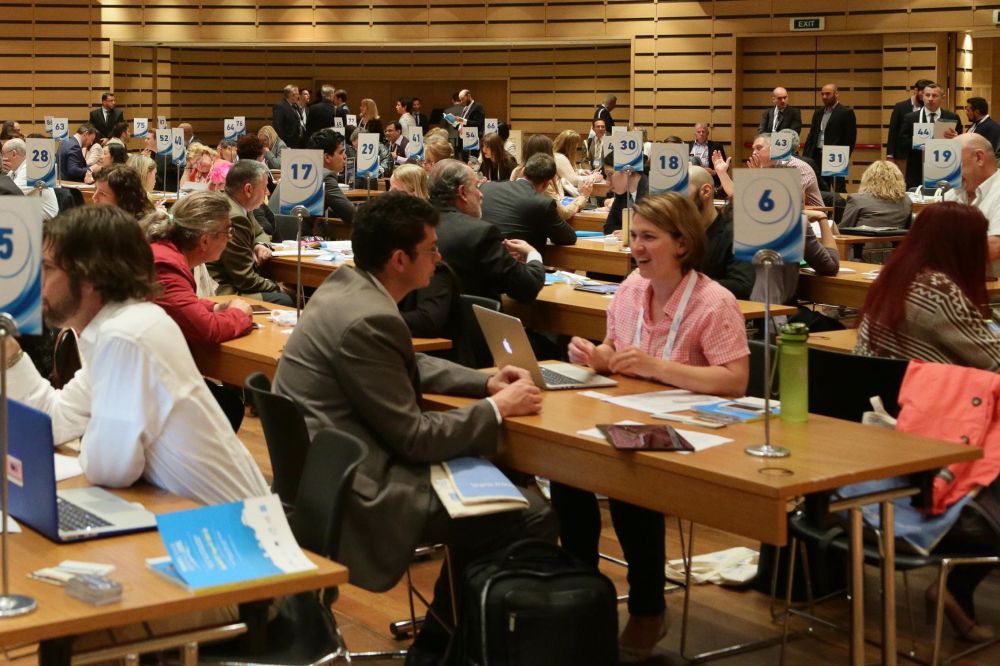 Lygnou went on to add that MICE tourism could also contribute to the extension of the tourism season – considering that conferences take place all year round – and that meetings and events create and increase the demand for travel and tourism services (hotel stays, transport, tours, excursions, dinners, etc.).

She then focused on what else the MICE industry needs besides more promotion abroad.

One of the main requests of the industry for years now has been the need of a Metropolitan Conference Center that would have the capacity to host over 5,000 people. 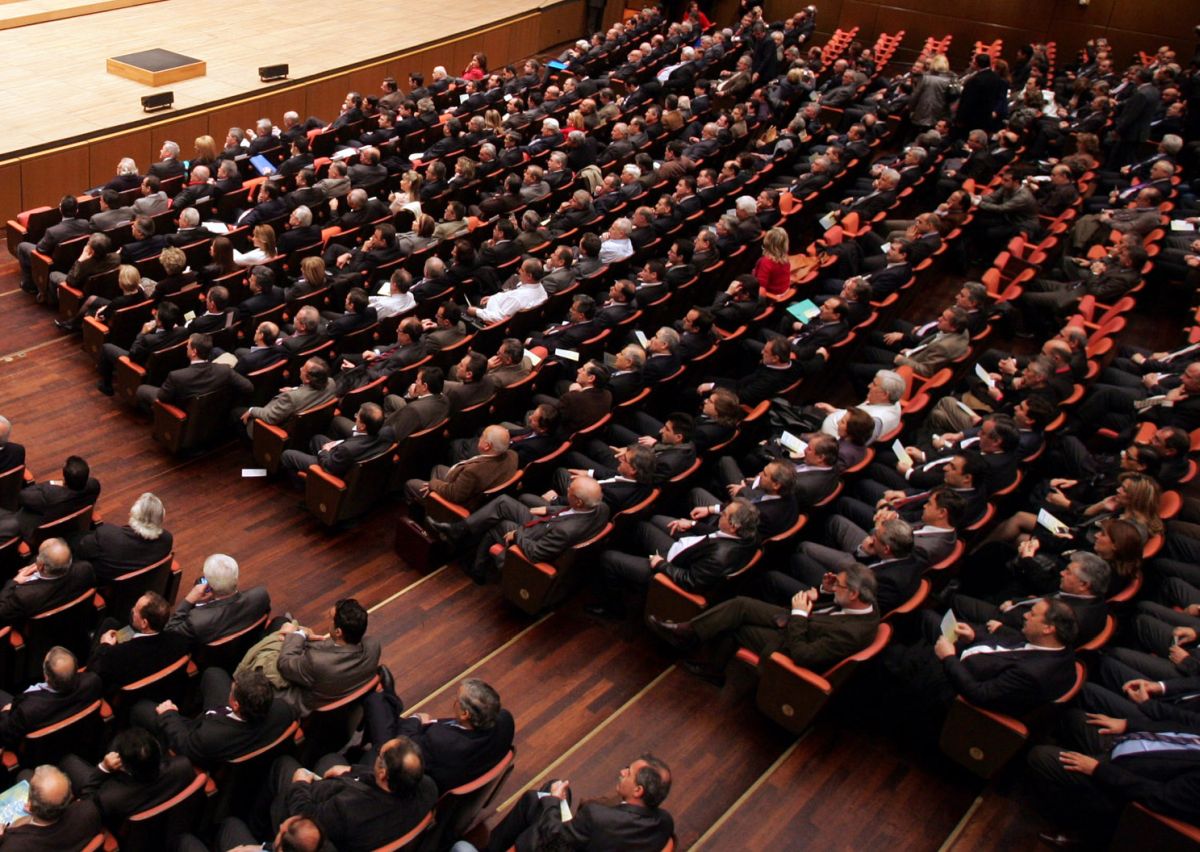 “Our country has remarkable conference infrastructure such as the Megaro International Conference Center in Athens and Thessaloniki, and in other regions, however, our needs are not met… Many international associations wishing to hold their conferences in Greece have excluded us from their list of options due to the lack of capacity,” she pointed out.

“A Metropolitan Conference Center could raise Greece in the international rankings and also as a global conference host destination, while generating additional income and jobs,” she added.

Moreover, HAPCO is also calling for:

– the abolition or the immediate refund of the value-added tax (VAT) for events held in Greece by companies from abroad, so that Greece’s MICE tourism product becomes more competitive against other European countries;
– the creation of a conference register that will list all conferences, corporate meetings and events taking place in the country in order to have
valid statistics for the industry;
– less rules and restrictions by the National Organization for Medicines (EOF) and Hellenic Association of Pharmaceutical Companies (SFEE) for the planning and organization of domestic medical conferences in Greece; and
– the inclusion of event management/conference tourism in Greece’s higher tourism education system as right now it is completely absent as a course. 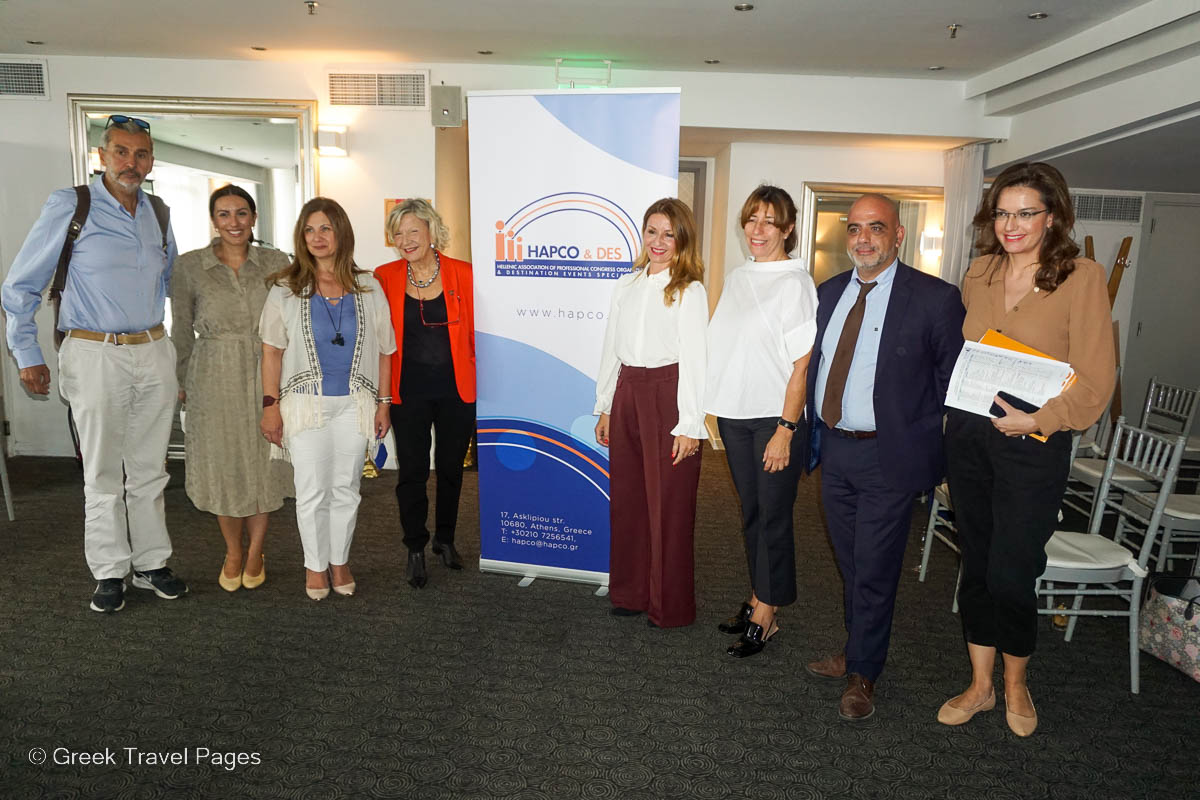 Established in 1996, HAPCO aims to bring together the professional congress organizers and companies from the whole range of services and products of the conference market at an institutional level as well as their representation. In 2021 HAPCO partnered with Destination Events Specialists (DMCs) to strengthen the Greek meetings industry’s voice.