Despite Greece’s strong comeback in tourism in 2022, Athens hoteliers are far from satisfied with the occupancy levels in the first eight months of the year which they said this week were down by 15.8 percent over the same period in pre-pandemic 2019.

According to the Athens-Attica & Argosaronic Hotel Association (EXAAA), the Greek capital is still lagging behind its main competitors in Europe in what they describe as a very “unusual” year.

In the January-August period, hotels in Athens were still struggling to cover lost ground with occupancy levels down by 15.8 percent and revenue per available room (RevPAR) by 4.9 percent over 2019 levels despite an increase in average daily room rate (ADR), which was up by 12.9 percent but “not equal to the city’s main competitors”, EXAAA said. 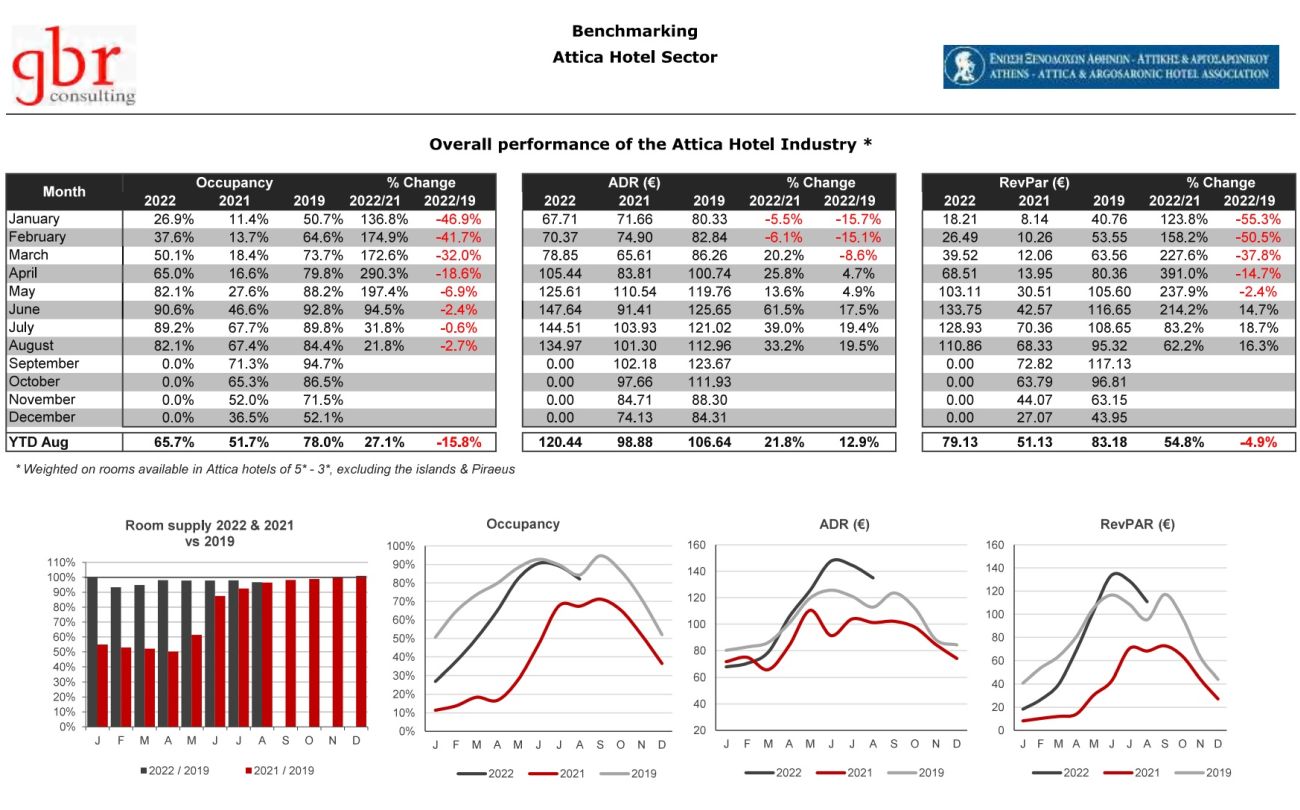 “Athens continues to have the slowest growth in absolute numbers and performance – unlike its competitors, which are seeing triple-digit changes,” said EXAAA in its statement when referring to the performance of hotels in Athens in 2022 compared to 2021.

Indicatively, in terms of RevPAR for the first eight months of the year, hotels in Athens were the only ones among the units of 11 European cities examined to post a double-digit (54.8 percent to 79.13 euros) rather than triple-digit increase. The most significant deviation compared to last year was recorded in Amsterdam that saw an impressive 423 percent increase in RevPAR to 93.76 euros compared to 17.93 euros in 2021. 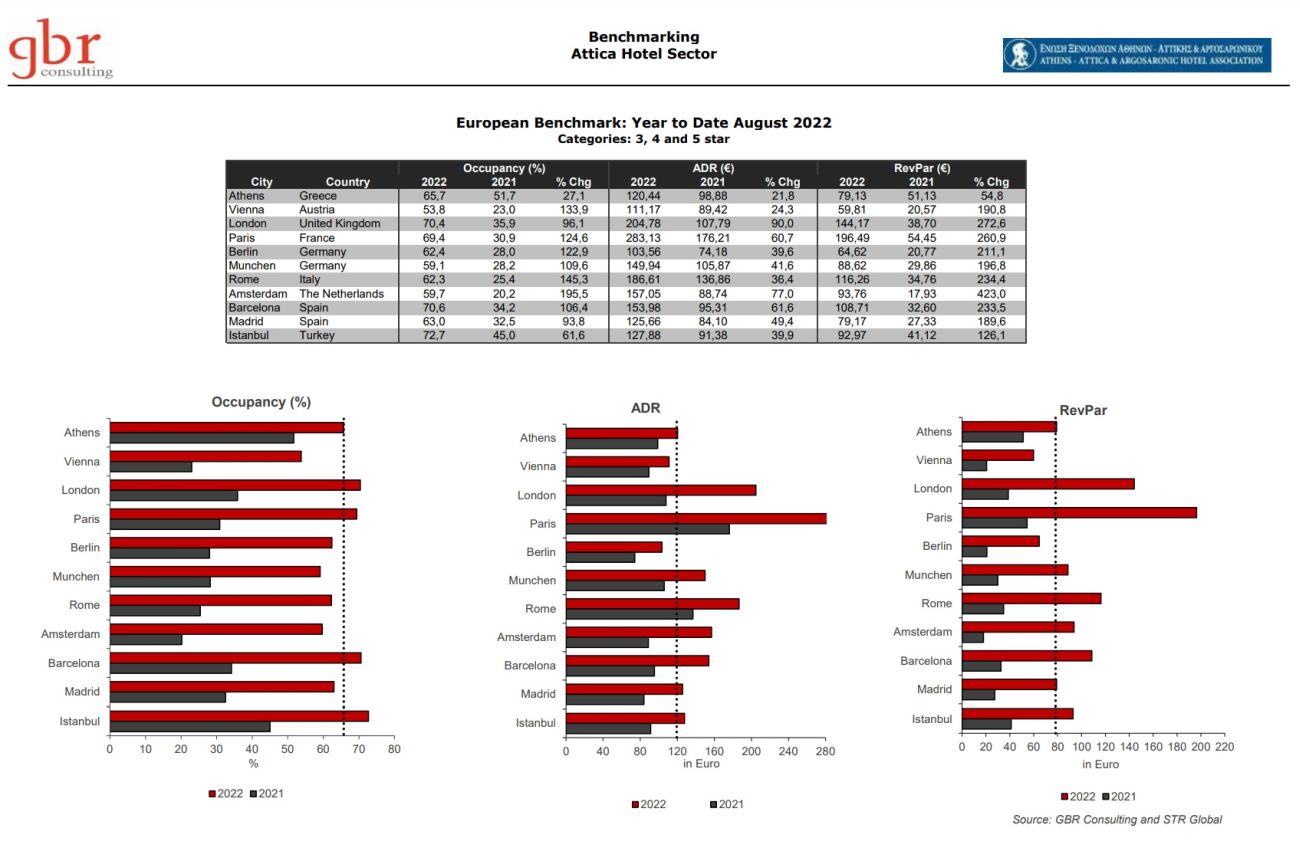 The capital’s hoteliers admitted that September fared better but add that “a very difficult, cloudy, ‘winter’ landscape for the next semester in Athens lies ahead”.

Hoteliers are expressing concern about imminent increases in operating costs in winter due to the energy crisis as well as dwindling demand which they say will impact performance further.

In efforts to deal with the challenges, EXAAA reiterated its proposals for the creation of a metropolitan conference center, the regulation of short-term holiday rentals which they say creates unfair competition, and the need for upgraded city infrastructure.

According to the association, Athens hotel occupancy levels managed to cover lost ground for the first time since the onset of Covid only this past July approaching 2019’s  levels for that month.

In the first half of the year and compared to 2019, occupancy levels in Athens were down by 21.7 percent and RevPAR by 15.5 percent while ADR was up by 7.9 percent.