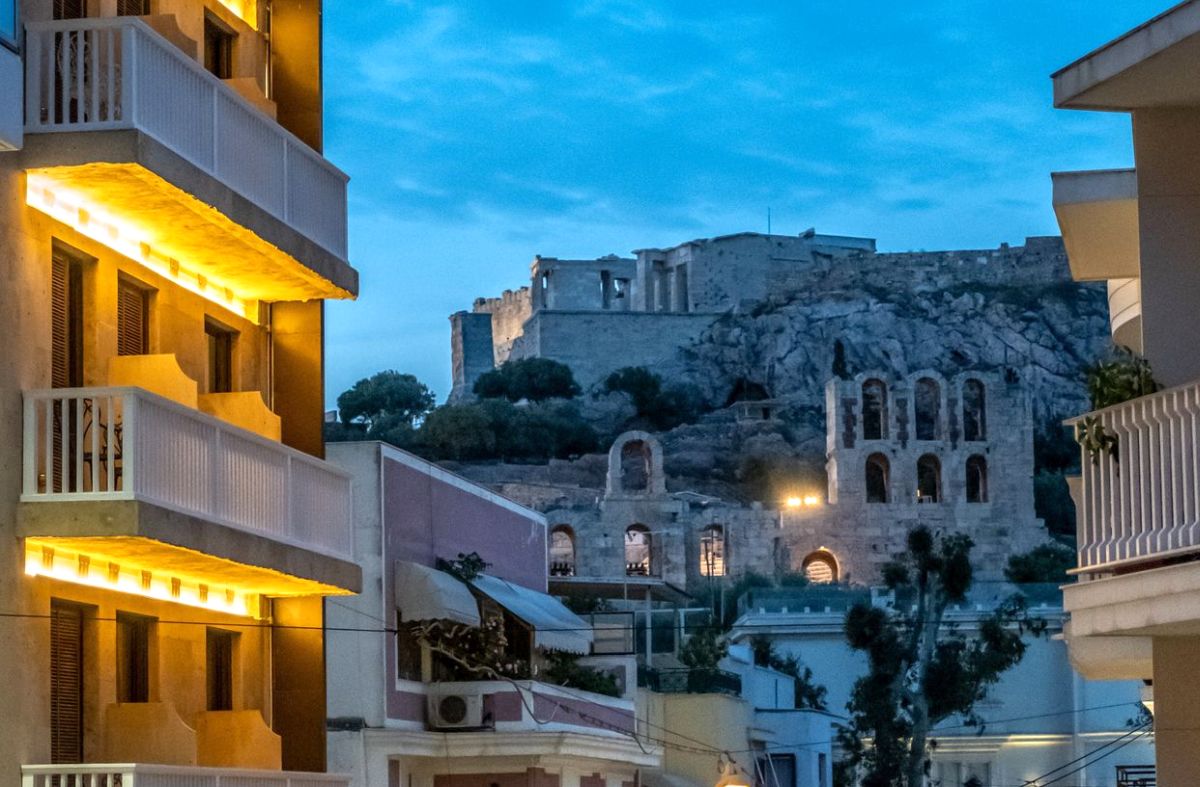 Although hotels in Athens saw occupancy in July almost reach the levels of 2019, they recorded an underperformance in the first seven months of the year.

Data by GBR Consulting released on Wednesday by the Athens-Attica & Argosaronic Hotel Association (EXAAA), shows that for the first time after the two years of the Covid-19 pandemic, the Greek capital’s hotels in July saw a “remarkable” positive average occupancy of 89.3 percent, almost reaching the level of 2019 for the same month (89.8 percent).

“The first seven months of 2022, compared to the corresponding period of 2019, unfortunately shows a negative figure in terms of the average occupancy of the units in the Greek capital,” the association said.

“However, if we observe what is happening on a European level, the ADR increase in Athens remains the smallest in relation to rival cities,” the association notes. 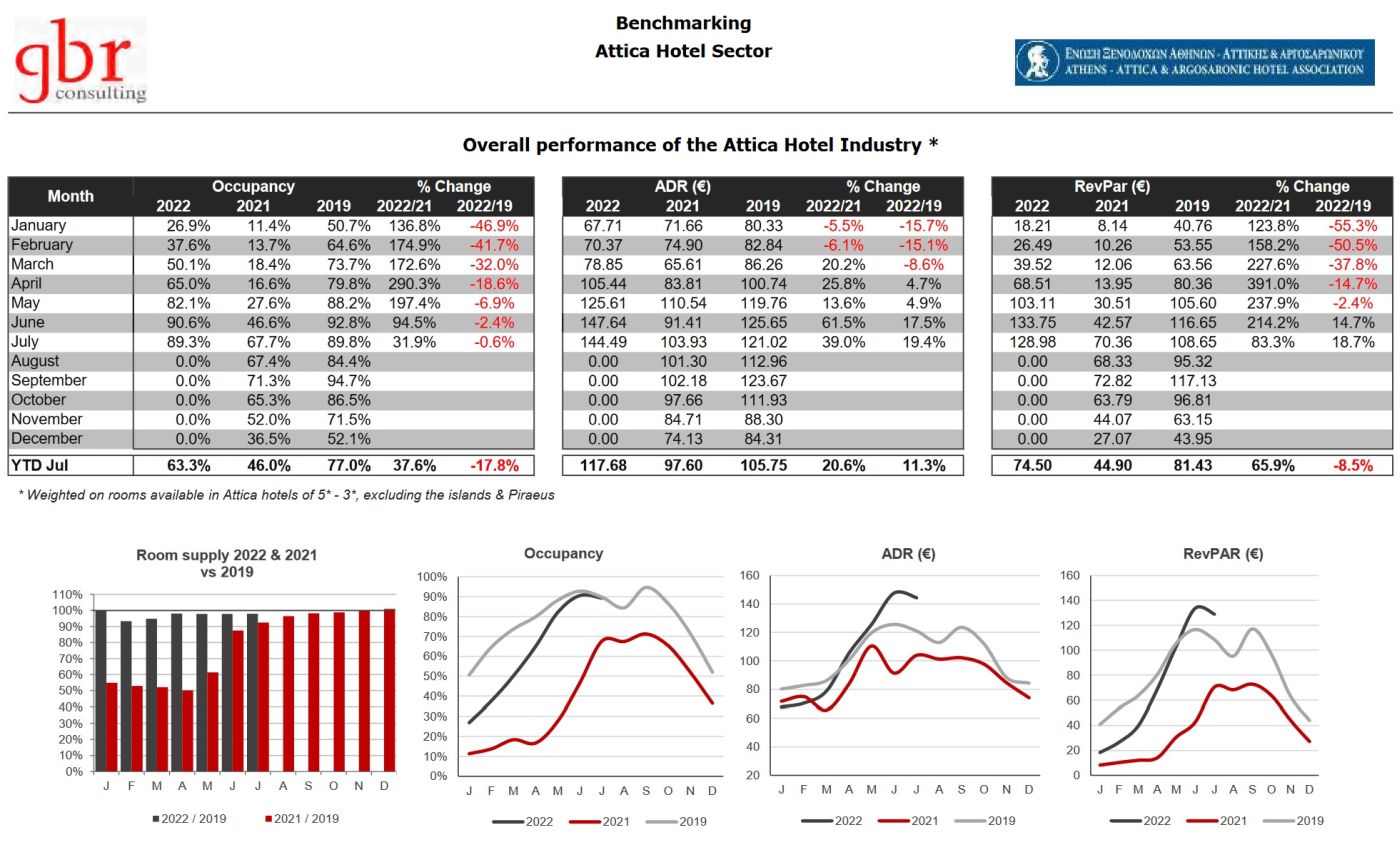 The same applies to revenue per available room (RevPar) where the positive change for Athens does not exceed 65.9 percent while other cities had recorded increases from 144.1 percent (Istanbul) to 530.5 percent (Amsterdam) compared to the corresponding period of 2021.

In January-July, RevPar was down by 8.5 percent compared to the corresponding period of 2019. 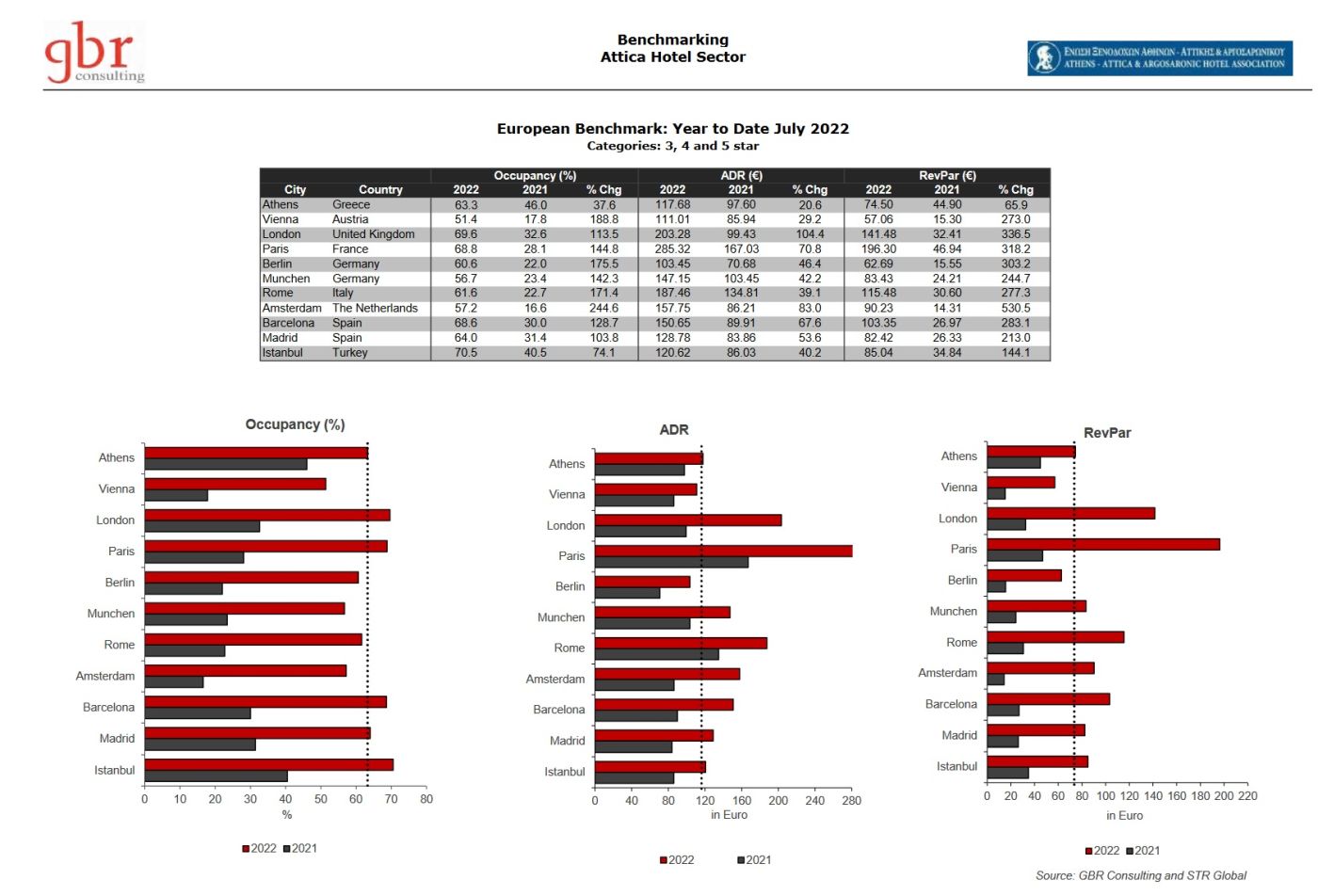 The association goes on to add that it expects figures to lag in August, September and October, months that hotels in Athens “traditionally” have a low performance.

The association highlights that although Athens is supposedly an all year round city break destination, signs of seasonality are apparent with the best performance of the city’s units limited to only six to seven months a year, which leads hoteliers of units open all 12 months unable to cover operational needs and expenses. 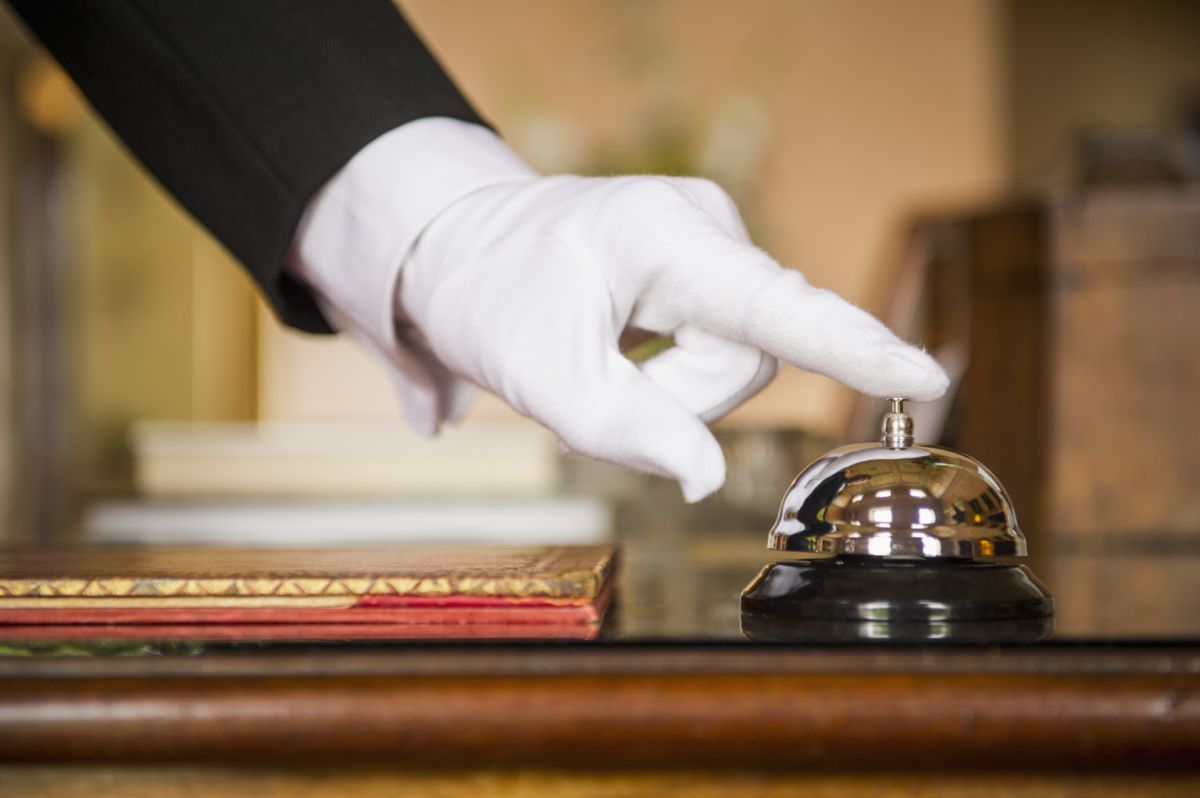 The association adds that besides having to face challenges due to European and international competition, Athens’s hotels are also up against an oversupply of beds and unfair competition mainly due to the abundance of beds from short-term rentals and unlicensed units.

“We therefore expect from the state, local authorities and the relevant ministries to move ahead with actions that will succeed in shielding the smooth operation of hotels and the tourism activity of Athens,” the association concludes.