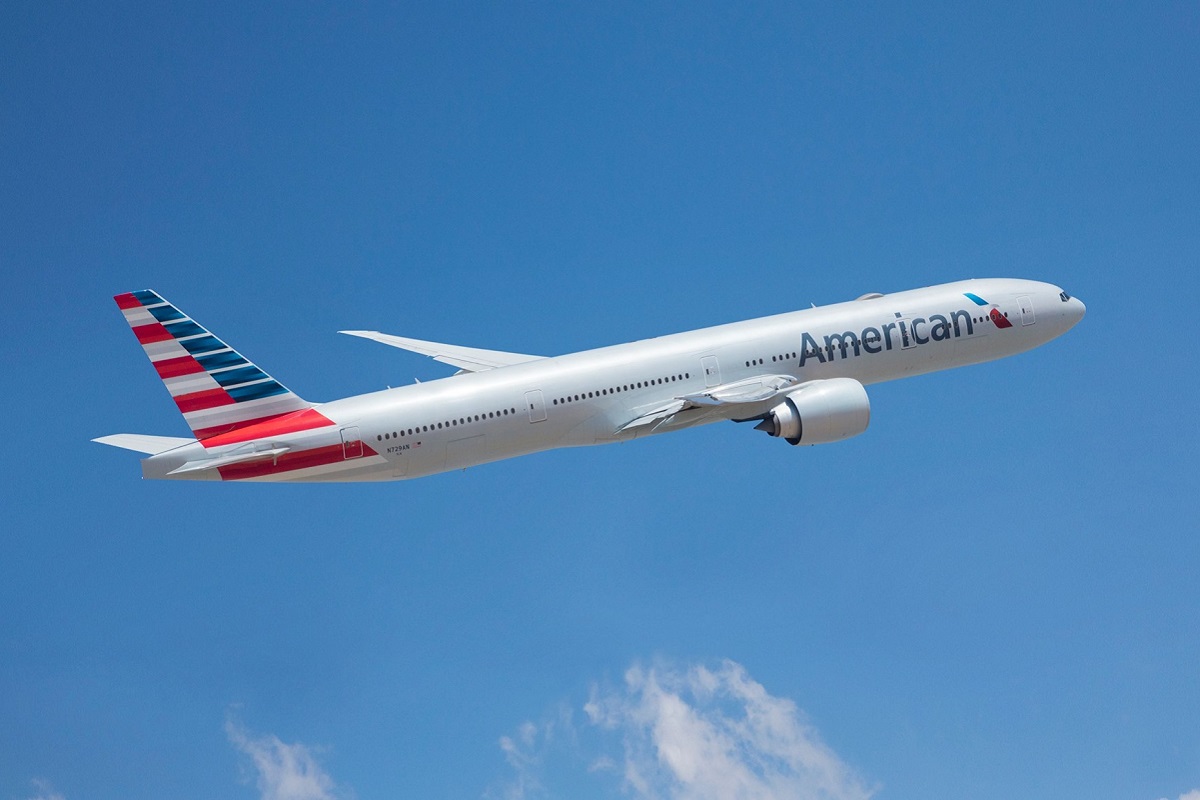 GlobalData, a leading data and analytics company, on Monday released a report of the top 10 most mentioned airlines on social media during the first half of 2022 based on discussions of Twitter influencers and Redditors.

According to GlobalData’s Social Media Analytics Platform, American Airlines retained its place as the most discussed airline on social media compared to its last report. However, the share of voice of the airline fell to 15 percent in H1 2022, from 20 percent in the previous six months.

The highest spike in social media conversations on American Airlines was observed in mid-January, led by a passenger mask dispute. Twitter influencers also appreciated the step taken by the airline company to comply with the federal mask regulations of Covid-19. 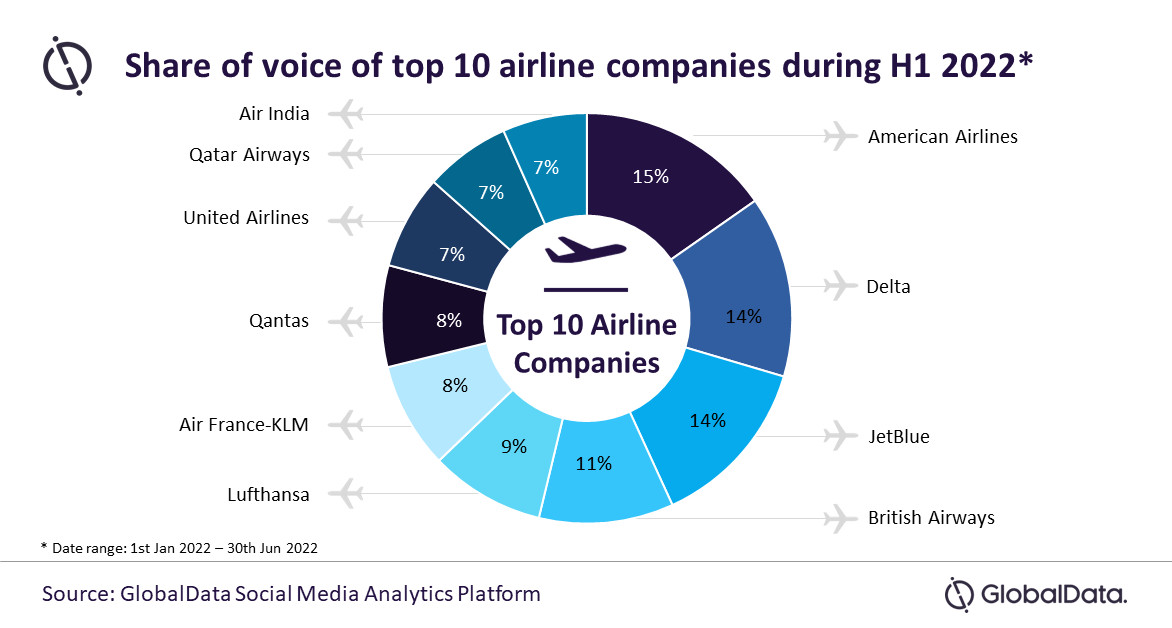 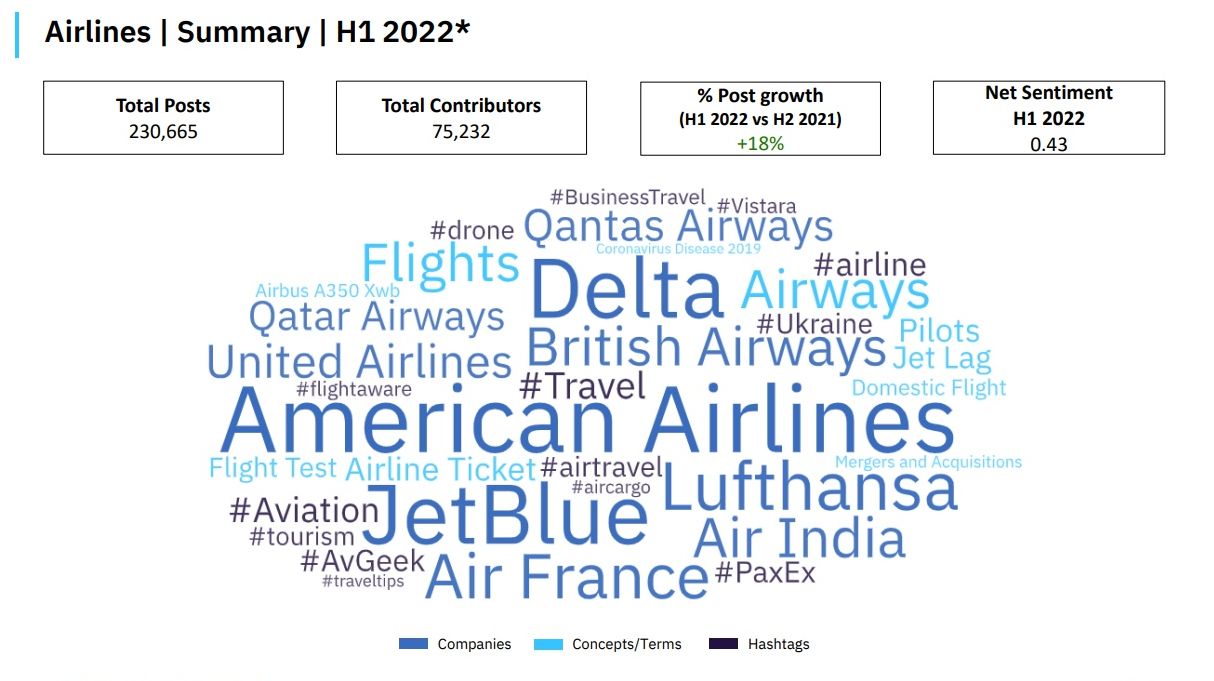 According to GlobalData, though the Covid-19 pandemic-induced travel demand is a positive for the global airline industry, certain factors such as rising airfares, staff shortages, and travel protocols in the wake of new disease variants pose new challenges for airlines.

According to Tripathy, the increasing rate of flight cancellations due to staff shortages was one of the key reasons that dragged down influencers’ sentiments. Meanwhile, the recessionary fears coupled with rising airfares due to disturbances in supply chain are expected to weigh further on air travel demand.

GlobalData’s ‘Top 10 Most Mentioned Airlines: H1 2022’ report, which analyzes the social media conversations around the leading airlines, can be found here.

Korean Air to Resume Flights to Rome and Barcelona in September