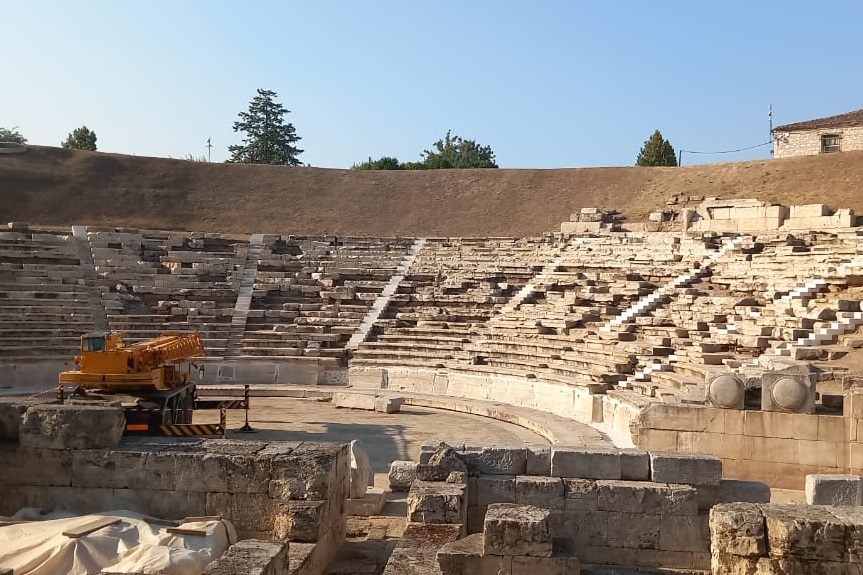 The restoration project of the open-air Ancient Theater of Larissa is proceeding according to schedule and will be completed by 2023, Culture Minister Lina Mendoni announced last week.

“Our aim is for these monuments to return to the city’s citizens,” Mendoni said, adding that the theater’s restoration was becoming a reality thanks to the close collaboration of the Culture Ministry with the Thessaly Region and the local Ephorate of Antiquities.

The 10,000-seat open-air theater is situated on the south of Frourio Hill and was constructed inside the ancient city’s center on order of King Philip V of Macedonia in the 3rd century BC. For six centuries, until the end of the 3rd century AD, the First Ancient Theater of Larissa, hosted theatrical performances and political assemblies.

The theater’s restoration, under a budget of 6.8 million euros, includes support works, the installation of new seats and the restoration of the theater’s stage. 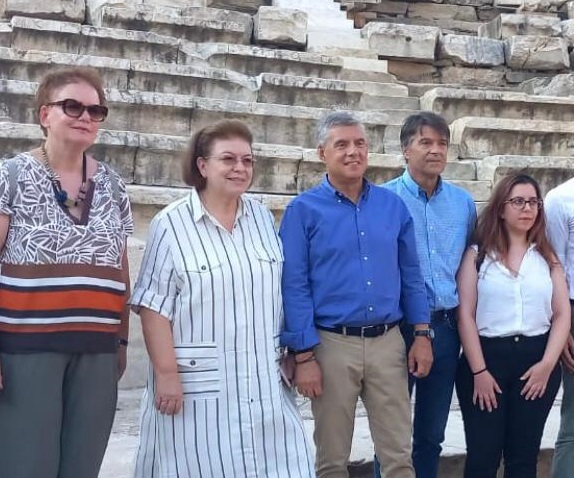 “This is the first time that the Ancient Theater’s restoration is being carried out according to a specific time frame… We believe that culture is a profound tool for development,” Thessaly Governor Kostas Agorastos said.

According to the Greek culture minister, the theater’s restoration is part of the ministry’s wider program for the promotion of the city’s rich history. The culture ministry is already carrying out works in the area worth a total of 13.5 million euros. 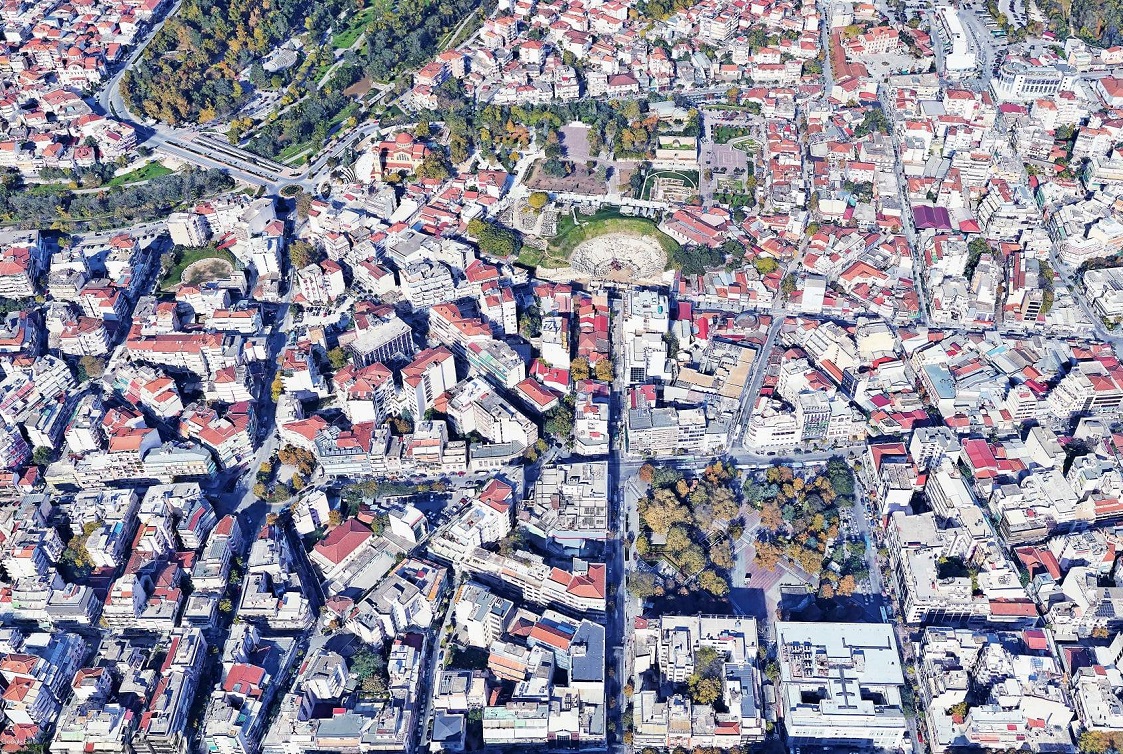 Moreover, the ministry and the region are looking into ways to promote Larissa’s different historic periods though the city’s Yeni Mosque, the Synagogue, the church of Agios Nikolaos and the Ottoman market of Bezesteni.

According to Mendoni, Bezesteni is among the city’s monuments that promote the long history of Larissa.

“Bezesteni has been historically enriched through significant findings that have come to light. With Bezesteni, the Ancient Theater, the surrounding projects and other planned interventions, Larissa will acquire an important cultural hub and an extremely dynamic development resource,” the minister said.