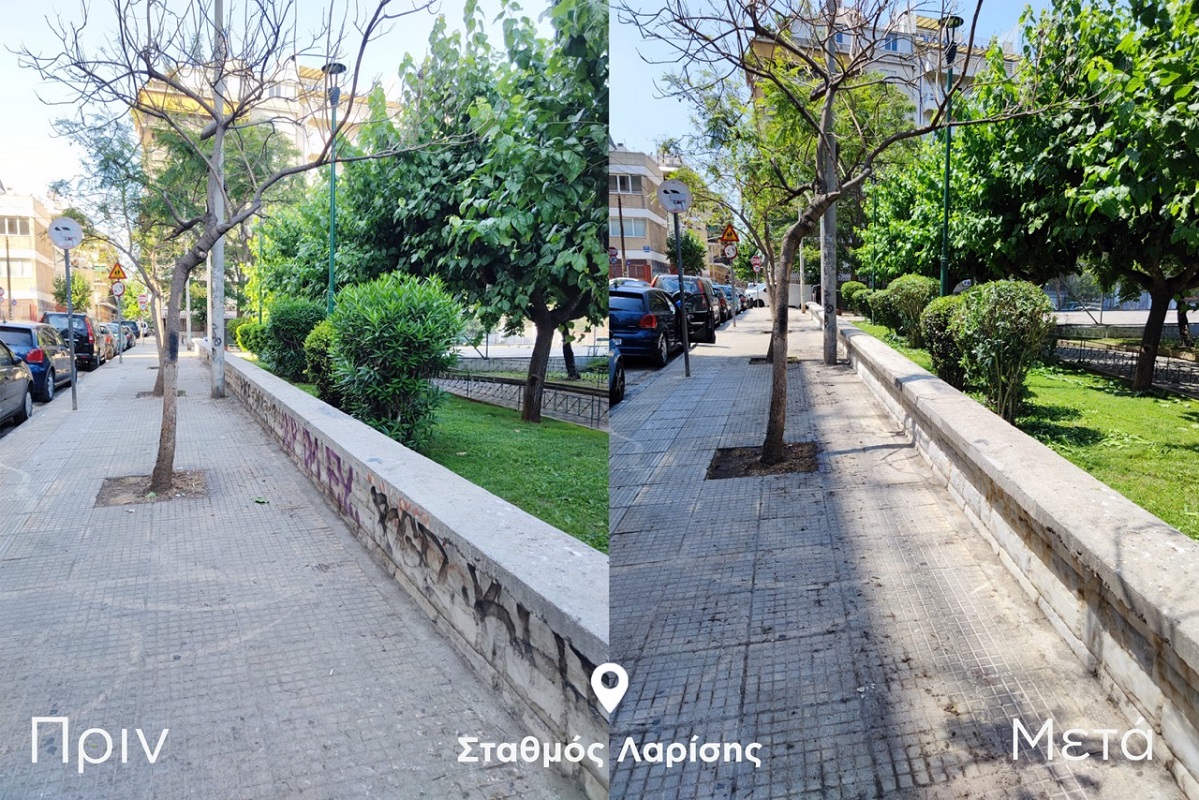 Larissis Station square, Athens – before and after

The City of Athens recently wrapped up a major graffiti cleanup operation in the area of Larissis Station square and at the Dexameni park in Ano Petralona.

The operation was part of the municipality’s ongoing efforts to remove spray-painted graffiti and tags from public property, the city’s buildings and other surfaces.

At Larissis Station Square, the municipality’s staff cleaned the 460-square-meter stone and marble surface with 145 liters of a solvent cleaner specially formulated for graffiti removal combined with high water pressure. The process had to be repeated several times. 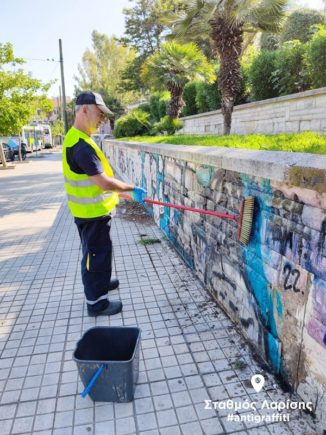 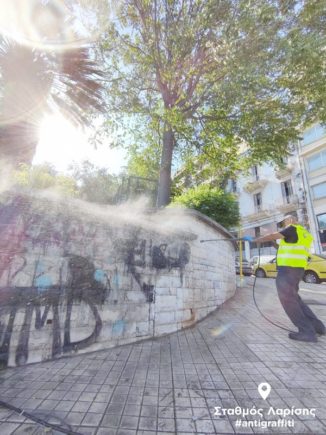 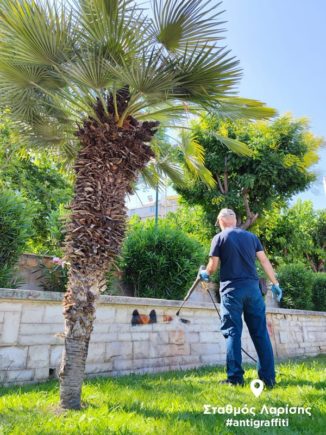 The same technique was applied in the case of Dexameni park in the district of Ano Petralona were the stone and marble walls surrounding the park were covered in spray paint.

To clean the park’s 240-square-meter surface, the municipality’s staff used 145 liters of a special solvent cleaner. The operation was completed after seven days. 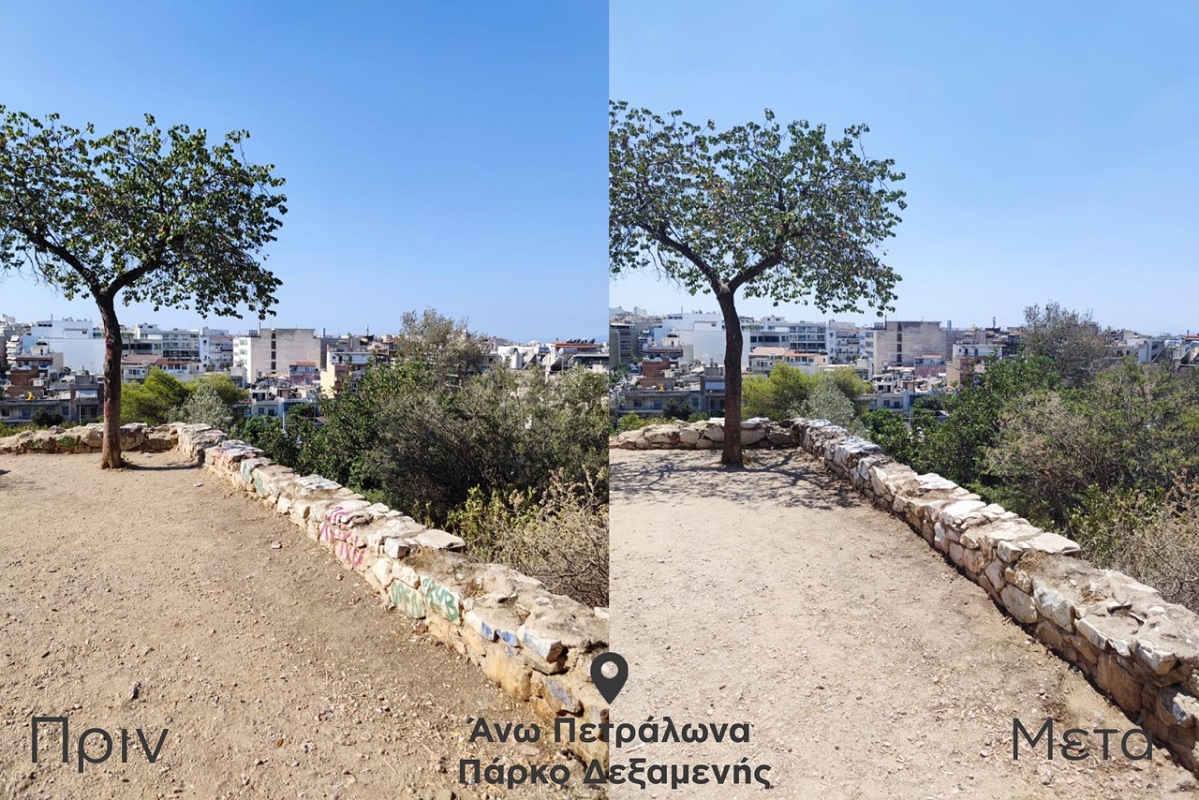 Dexameni square, Ano Petralona – before and after

In both areas, the municipality applied a special anti-grafitti protective coating.

Aiming to keep Athens clean, the municipality during the last few years has cleaned a total of 33,000 square meters of walls filled with colorful graffiti and tags in the city’s center and neighborhoods including Stadiou, Akadimias, Athinas and Ermou streets, as well as in the areas of Lycabettus, Plaka, Thision and more. 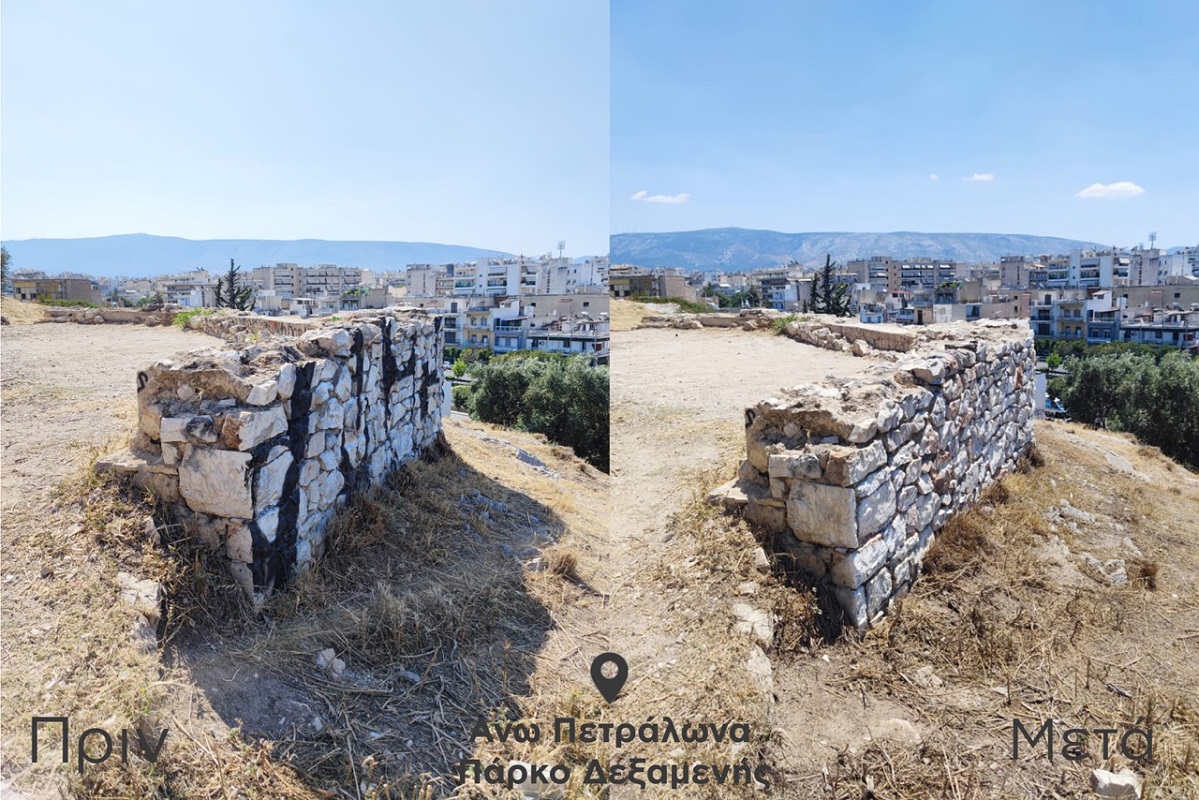 “Through coordinated actions we intervene in Athens’ center and its neighborhoods to restore parts that have been covered by graffiti for many years. We continue to upgrade public space for the benefit of Athenians and visitors by creating a more humane, dignified and beautiful city to live in and to visit,” Athens Mayor Kostas Bakoyannis said.