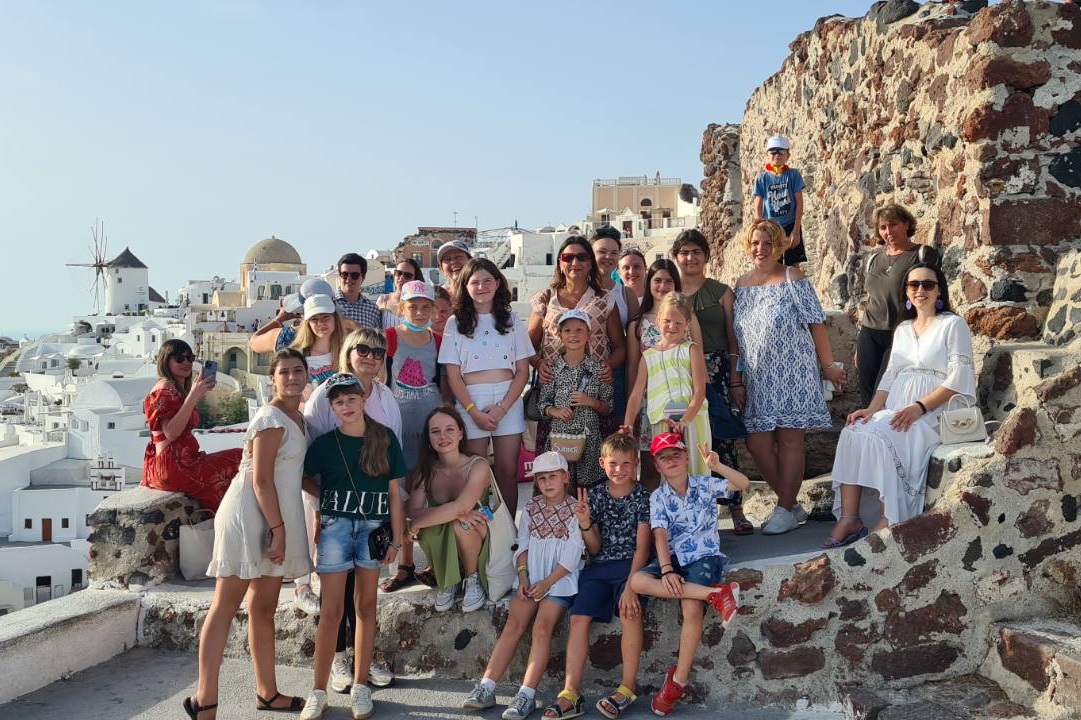 Celestyal Cruises has expanded its partnership with the Ark of the World – an Athens-based non-profit organization committed to providing care and protection to children – with the aim to support mothers and children that have fled the war in Ukraine.

“Celestyal Cruises and the Ark of the World, are, once again, joining forces to help this vulnerable young population, provide a distraction from the horrors of war and make children feel at home in Greece,” an announcement by the company said.

The Ark offers its support to orphan children or children that come from single-parent families or experience difficult circumstances such as neglect, abandonment, lack of medical care and an uncertain future. Celestyal Cruises has been working with the organization since 2016.

Since the escalation of the conflict in Ukraine, according to United Nations’ estimations, more than 40,000 refugees have come to Greece with over 11,000 being children.

Between June 20-25, Celestyal hosted 40 refugees – mothers and children from Ukraine – onboard its Celestyal Olympia together with volunteers from the Ark of the World and its founder Father Anthony, offering them the chance to travel to unique destinations such as Ancient Ephesus, Patmos, Rhodes, Heraklion and Santorini.

“We are pleased to partner with the Ark of the World and support its work and contribution to vulnerable groups affected by the war in Ukraine. In these unprecedented times, it is values such as humanity, solidarity and hospitality that matter the most,” said Frosso Zaroulea, head of public relations at Celestyal Cruises.

On his part, Ark of the World Founder, Father Anthony Papanikolaou thanked Celestyal Cruises for supporting the organization’s work.

“During the Celestyal cruise, refugees – mothers and children – from Ukraine, students from the Ukrainian refugee school and their teachers had the chance to experience the beauty of Greece,” he said.