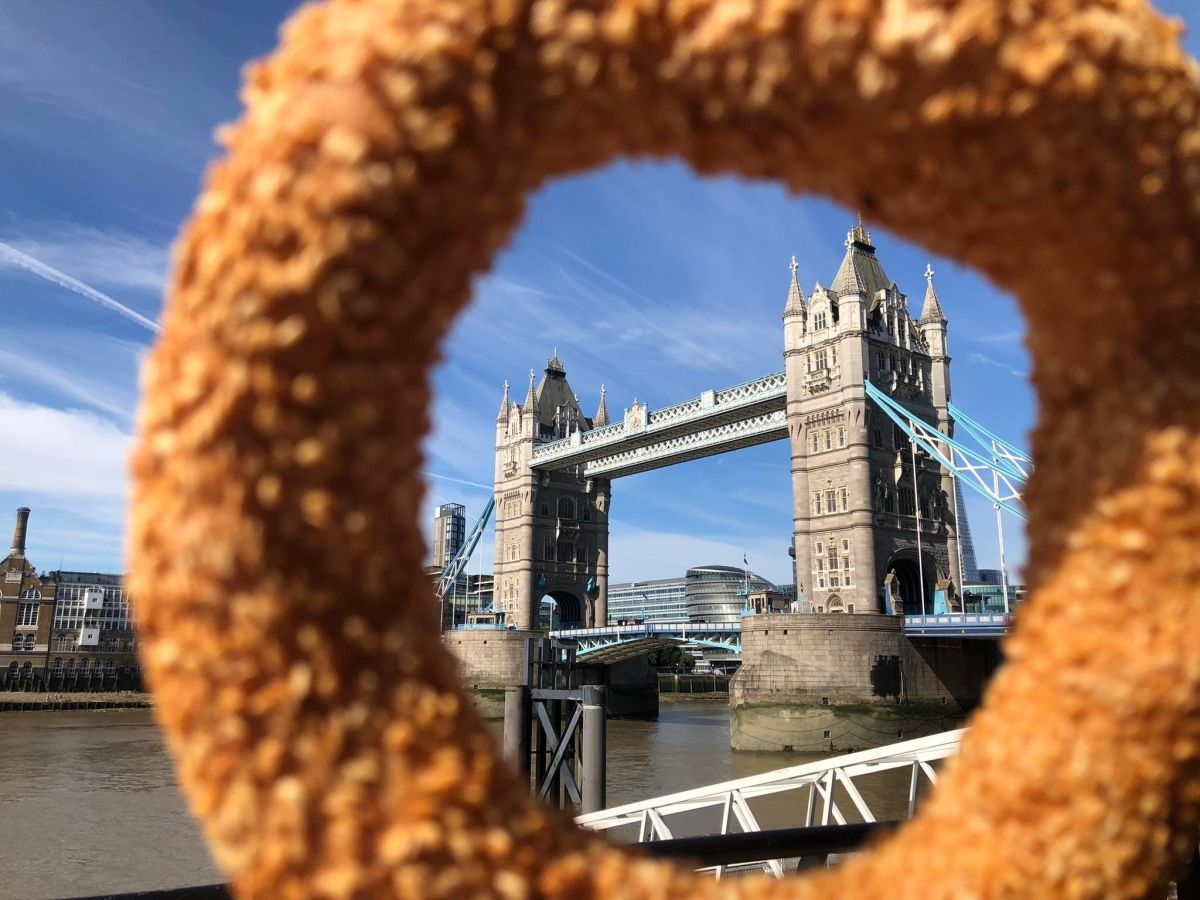 The famous koulouri of Thessaloniki made its appearance in London.

British visitors and journalists at the National Geographic Traveller Food Festival, held in London during July 16-17, were treated to the unique flavors and local specialties of Thessaloniki.

The 2022 edition of the National Geographic Traveller Food Festival brought a taste of countries from all around the world in one place, at the vast Business Design Centre on Upper Street.

A delegation from the Thessaloniki Tourism Organization (TTO), headed by its president, Voula Patoulidou, and Greek chef Giorgos Palisidis, participated in the event to promote the city’s gastronomy. 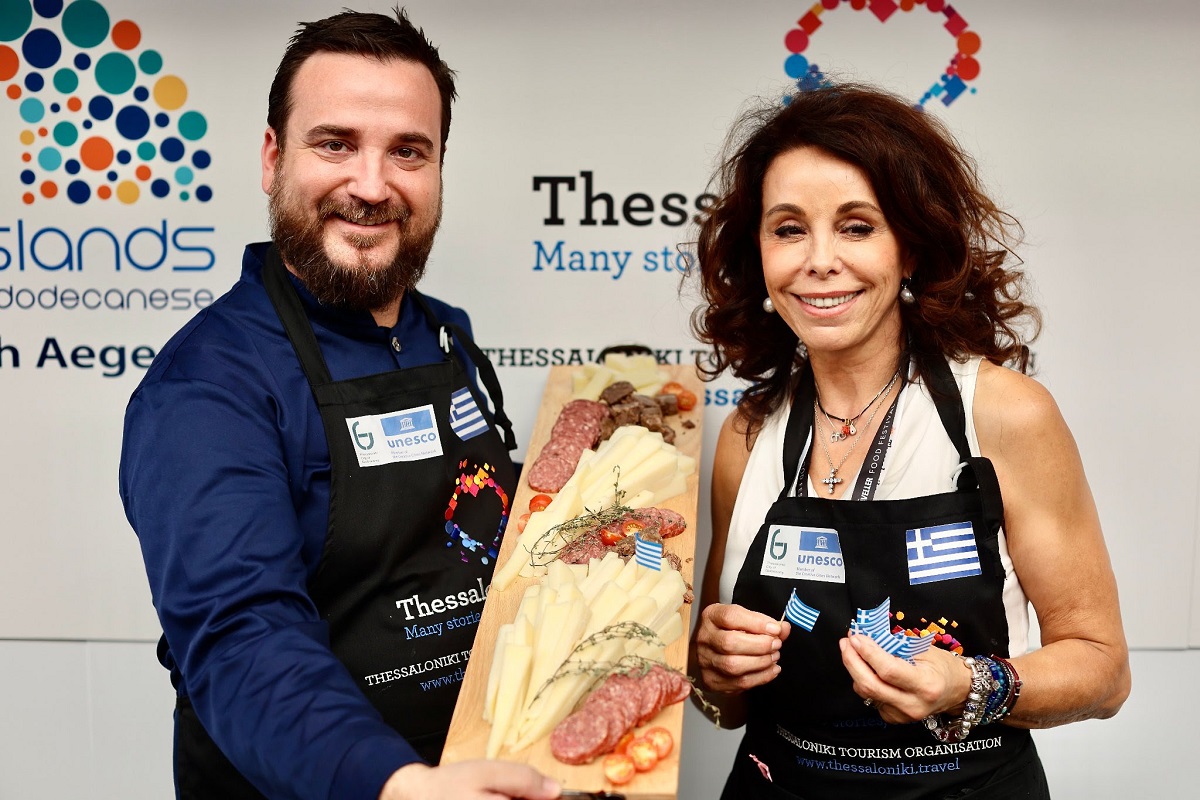 Chef Palisidis held a live cooking event for the audience at the stand of the Greek National Tourism Organization (GNTO) and gave the British audience the chance to taste the city’s famous “bougatsa” custard pie and “koulouri”, the local sesame seed bread ring, among other specialties.

“The festival’s visitors were amazed by the sweet bougatsa and the frappe coffee… They dipped the Thessaloniki koulouri in a Greek salad and tasted local tsipouro with watermelon,” the TTO said in an announcement describing the event. 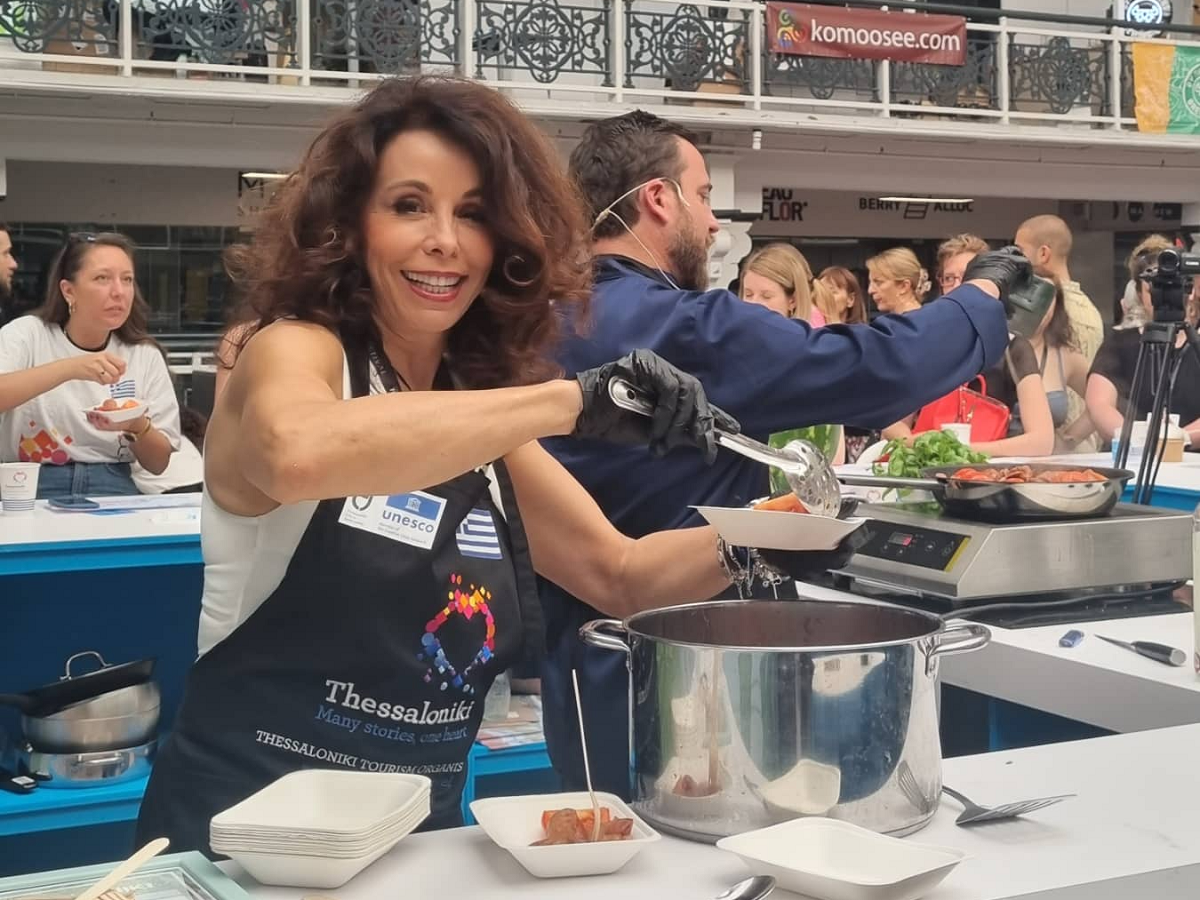 “Taste builds memories… and Londoners were offered a ‘taste’ of Thessaloniki,” Patoulidou said.

The appearance of the Thessaloniki Tourism Organization at the food festival was part of its promotional campaign “London calling. Thessaloniki cooking”.

Thessaloniki continues its tourism promotion in the UK 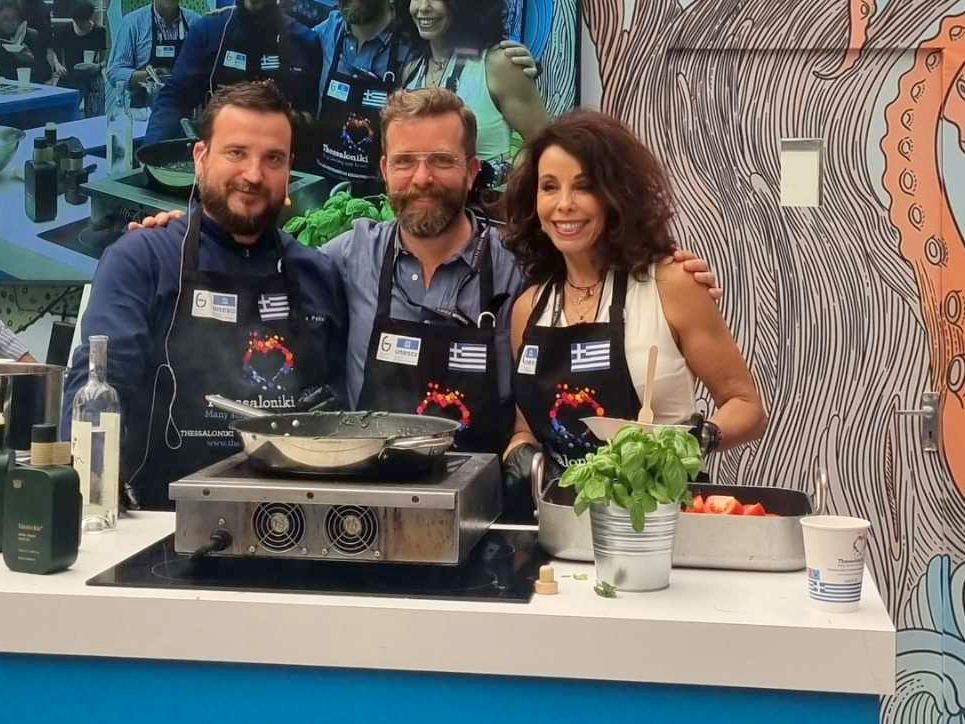 – a 15-day promotion campaign running in 41 stations of London’s underground transport system
– a digital campaign set to run until the end of November
– the publication of a number of articles in printed and online media including “The Guardian” in early September
– the promotion of Thessaloniki’s city-break options through the social media channels of Jet2Holidays
– the creation of an online guide for Thessaloniki on www.greentraveller.co.uk, following a press trip organized by the TTO  for Greentraveller Journalist Richard Hammond.

The Thessaloniki Tourism Organization also participated in the recent TTG Greece Fest webinar through the TTG platform of the GNTO service in the UK and Ireland.