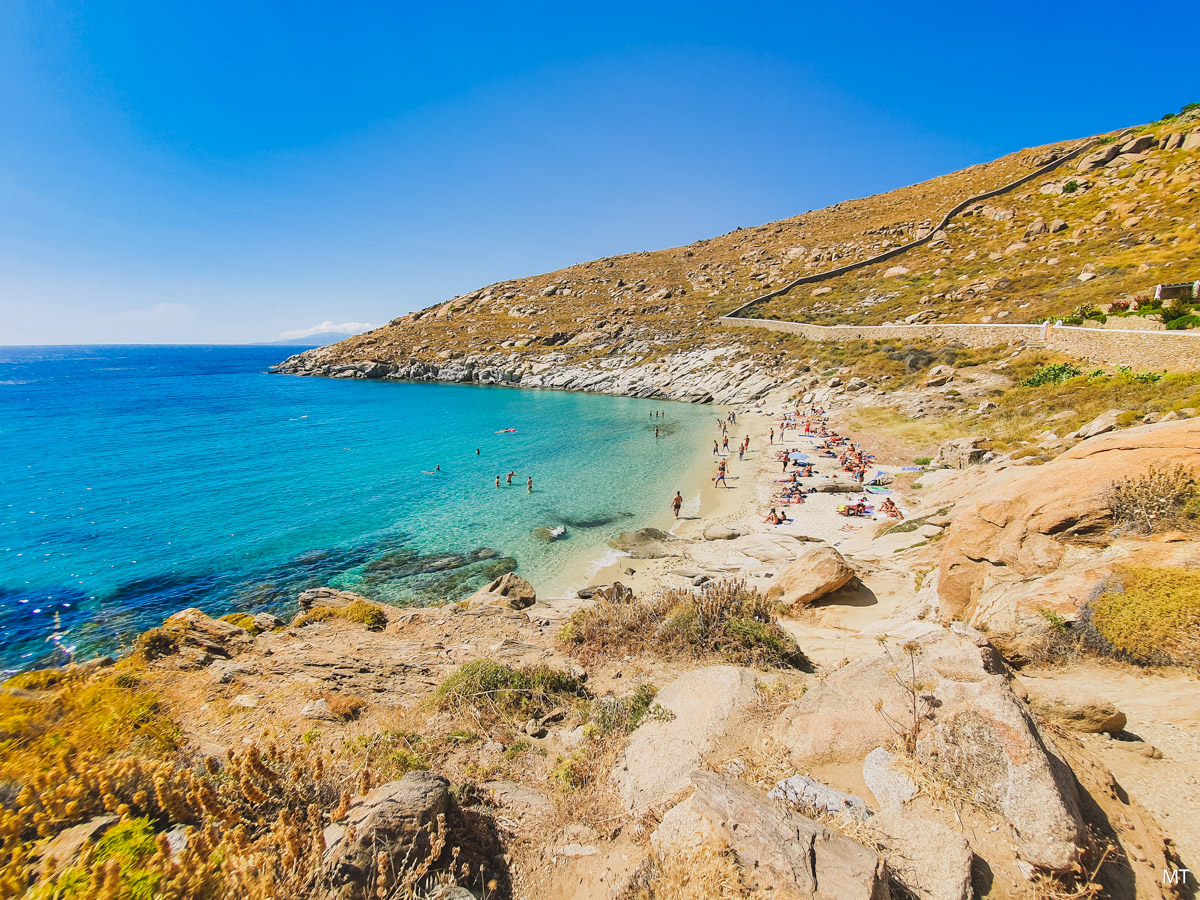 Sea and sun holidays are high in demand across Europe this summer with six Greek beach destinations making into the Top 10 list released this week by travel analytics firm ForwardKeys in partnership with the World Travel Market (WTM).

According to the findings of the firm’s summer travel outlook 2022 report, beach destinations have pushed city spots aside when comparing the top 10 beach and urban destinations in Europe ranked by Q3 flight bookings compared to pre-pandemic 2019.

Greece holds six spots in the European ranking of the leading resilient sun and beach destinations with Mykonos in third spot, followed by Rhodes (4th), Chania (5th) and Heraklio (6th) on Crete, Santorini (7th) and Thessaloniki (8th). In the lead is Antalya in Turkey. 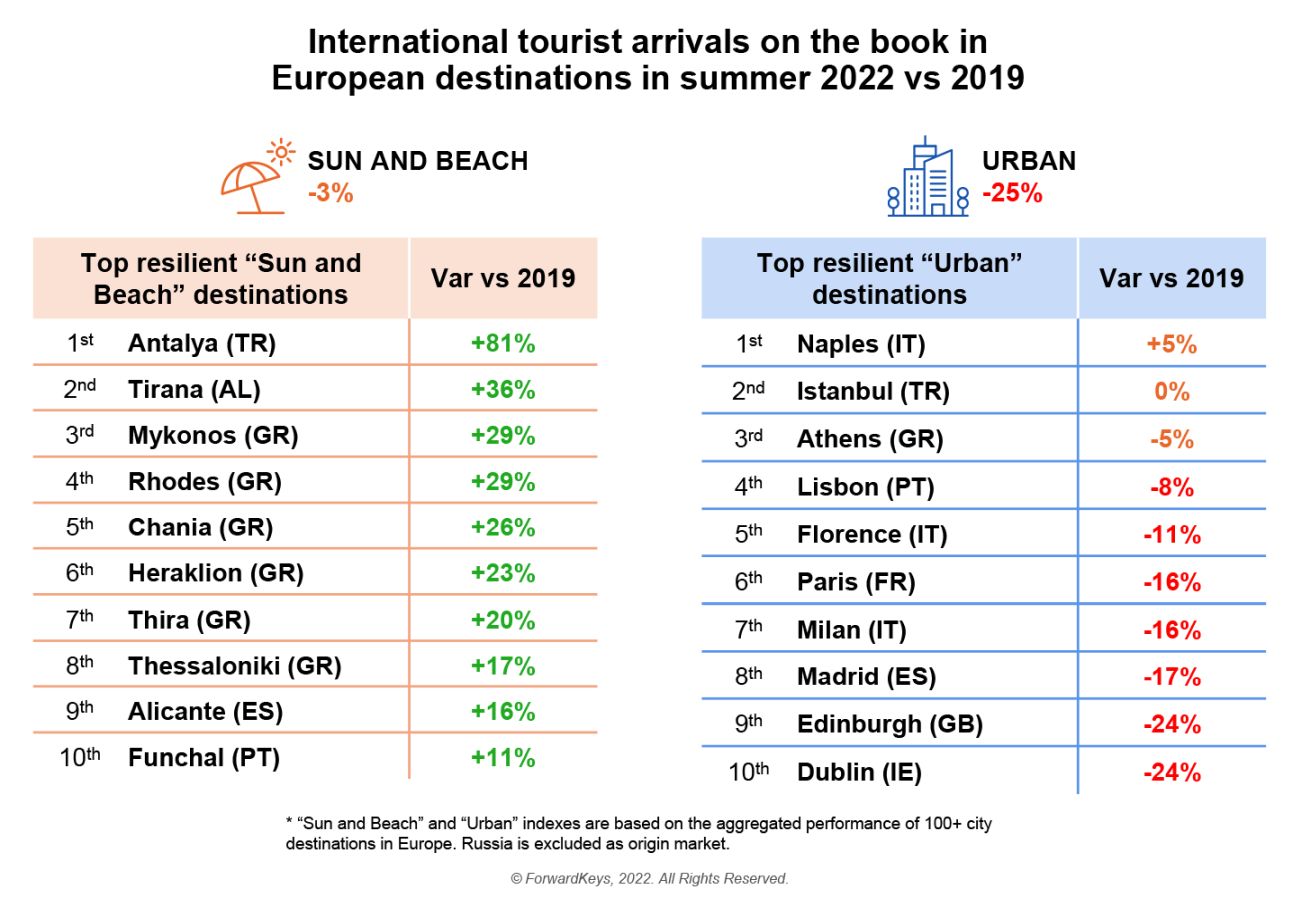 Compared to pre-Covid 2019, Mykonos and Rhodes are up by 29 percent, Chania by 26 percent, Heraklion by 23 percent, Santorini by 20 percent, and Thessaloniki by 17 percent.

Looking at top resilient city destinations, Athens is 3rd after Naples and Istanbul.

Greece among fastest-recovering in Europe 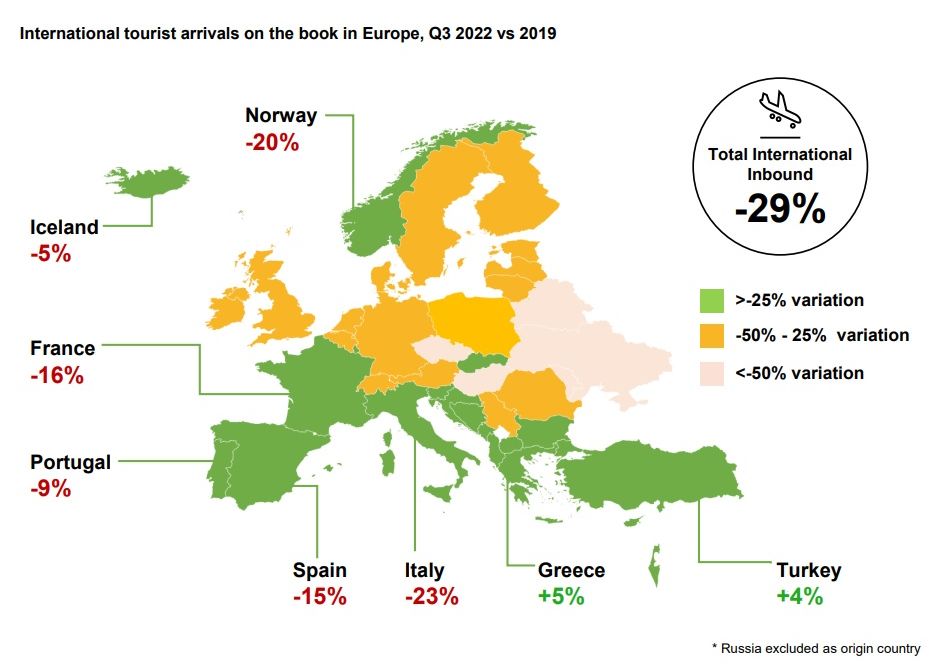 According to the report, Greece is also among the fastest-recovering nations in Europe up by 5 percent in terms of inbound arrivals followed by Turkey (+4 percent), Portugal (-9 percent), Spain (-15 percent) and France, the top-performing Western European country (-16 percent).

Meanwhile, countries experiencing the slowest rates of recovery are in Eastern Europe, near Russia and Ukraine.

On course to recovering most strongly is Africa and the Middle East with arrivals in Q3 expected to reach 83 percent of 2019 levels, followed by the Americas, set to reach 76 percent, and then Europe, 71 percent, and Asia Pacific, 35 percent.