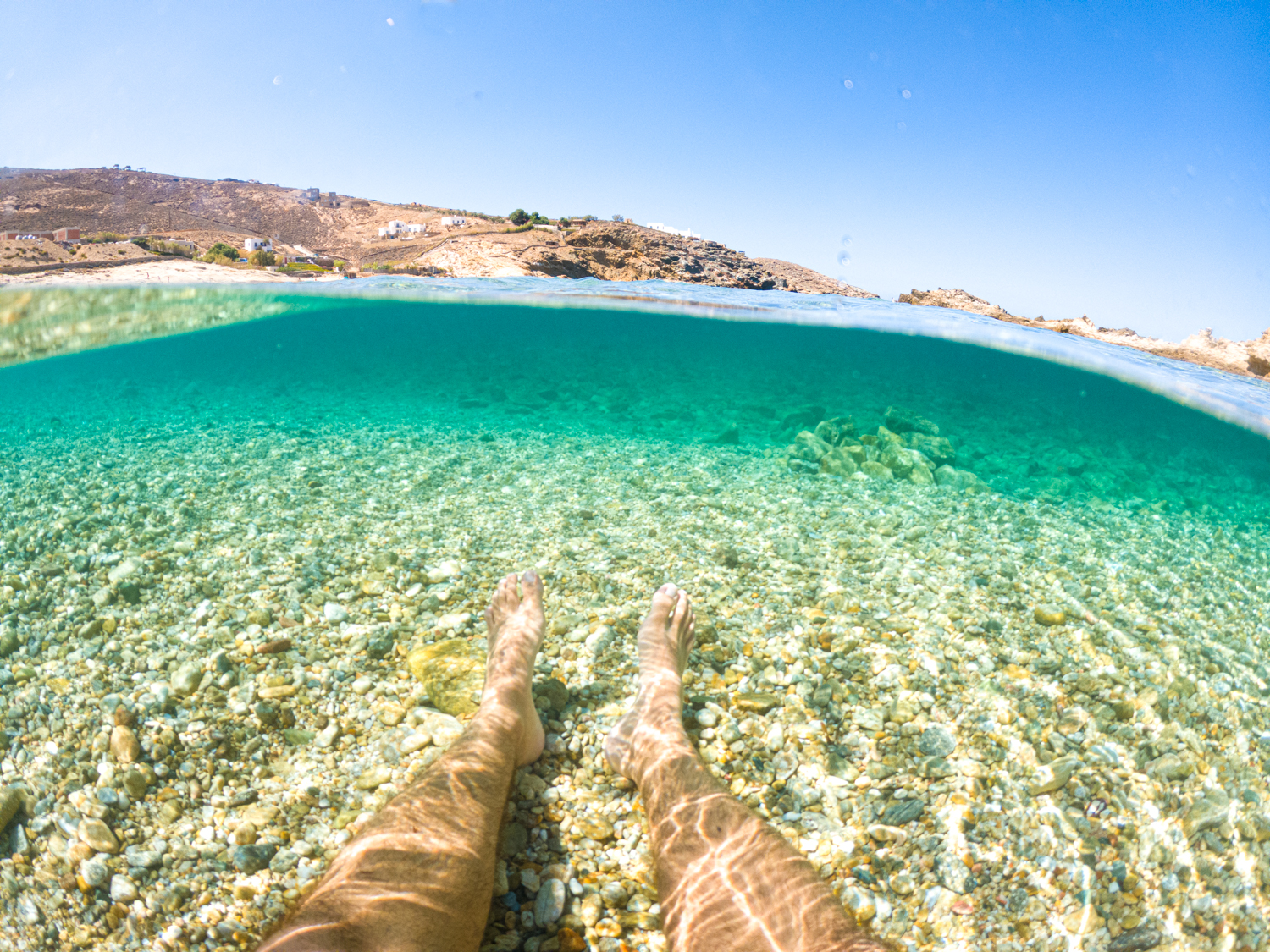 Greece is winning points online with social media conversations pushing the country’s e-reputation up by 64 points in May compared to rival markets under investigation.

More specifically, according to findings of the Athens/Greece Sentiment Tracker May 2022 report released this week by INSETE, the research body of the Greek Tourism Confederation (SETE), in collaboration with TCI Research, Greece’s net sentiment score surpassed that of Portugal (+12) and Spain (+29) but remains below Italy (-4 points). Athens e-reputation score recovered to 76 points. 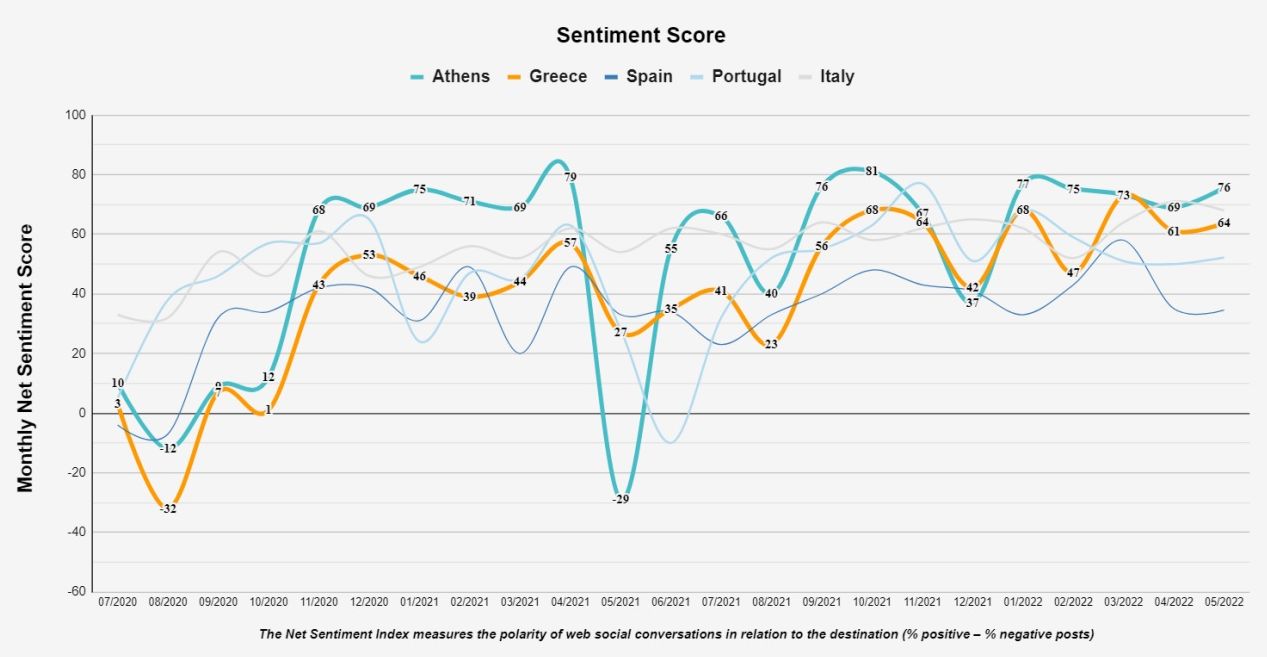 Social conversations about Greece in May were strong in major markets including France, the UK and the US, with images of popular Greek destinations, including Paros, Santorini, Zakynthos, Meteora, Kimolos, Folegandros, and Donoussa taking a hold of the internet.

At the same time, “the most instagrammable” Greek beaches included Navagio Beach on Zakynthos and Porto Katsiki in Lefkada. 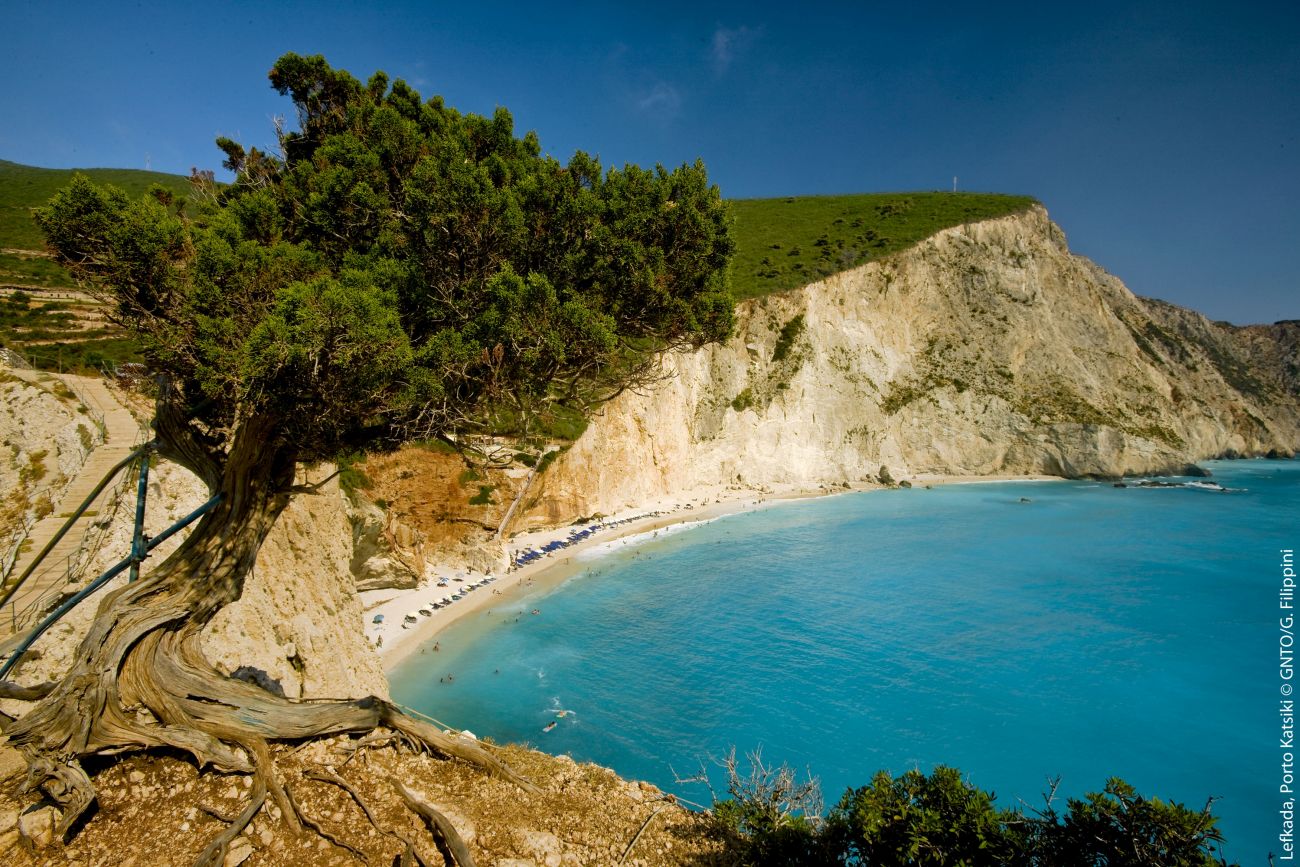 According to INSETE, there was a slight downward fluctuation in web conversations about Greece in the German, Italian, and Dutch markets.

In the meantime, the Russia-Ukraine war appears not to have affected Greece’s e-reputation, which improved from April up by 3 points to a net sentiment score of 64, while Athens was up from 69 to 76 in May mainly in the markets of France, Italy and the US.

Lastly, with regard to overall sense of hygiene and safety, sentiment was high in May for both Greece and Athens. The score was up by 0.43 points for Greece to an overall 7.13 out of 10 and by 0.27 for Athens to a total score of 6.10/10.