Over 26 percent of hotels across Greece follow the “Greek Breakfast” concept and include Greek products and recipes on their breakfast menus, according to a recent survey of the Institute for Tourism Research and Forecasts (ITEP).

An initiative of the Hellenic Chamber of Hotels, the “Greek Breakfast” program officially launched in 2012 aims to promote Greece’s local products through breakfast menus in hotels and contribute to forming the gastronomic identity of each destination and boosting their economic growth. 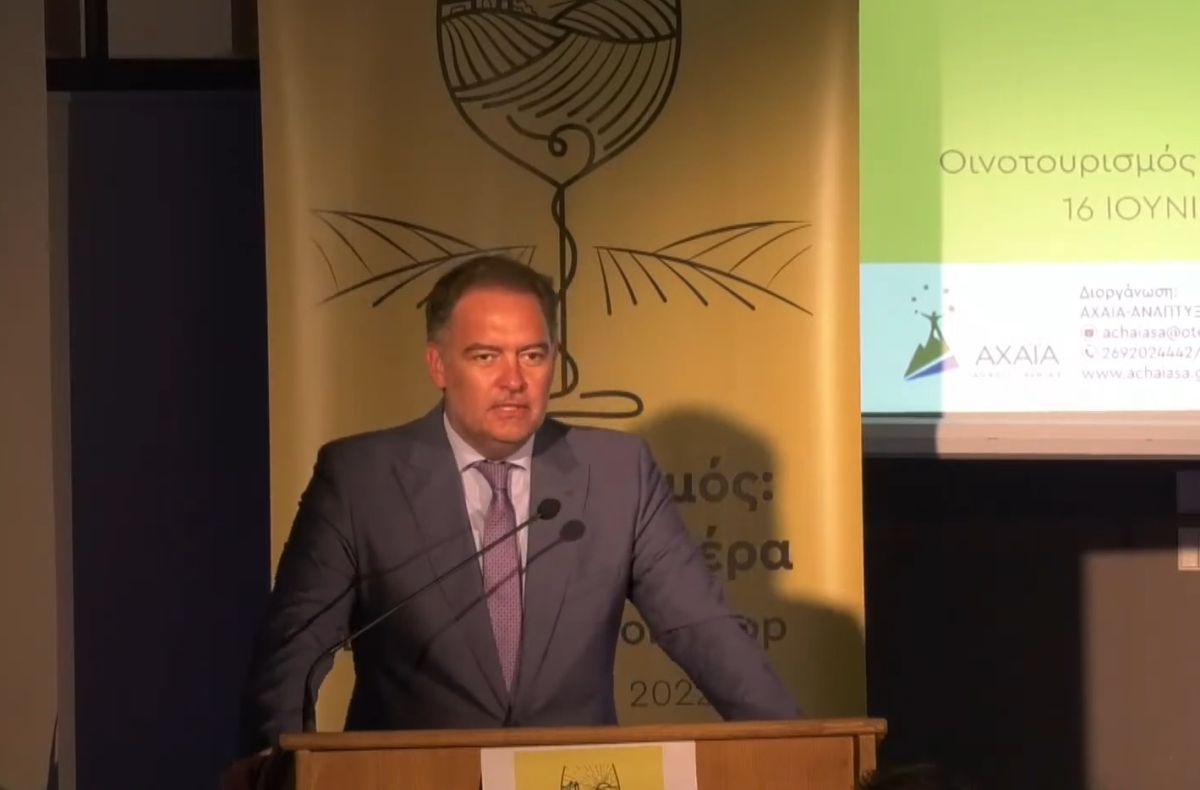 According to the chamber’s president, Alexandros Vassilikos, some 2,500 Greek hoteliers today claim to be implementing the Greek Breakfast concept in their hotels.

“Right now, the program has 1,250 hotels certified with the Greek Breakfast label. Some 40 local agreements have been signed in Greek destinations that see hoteliers cooperating with local producers,” Vasslikos said while speaking during a workshop on wine tourism that took place Thursday in Patra. 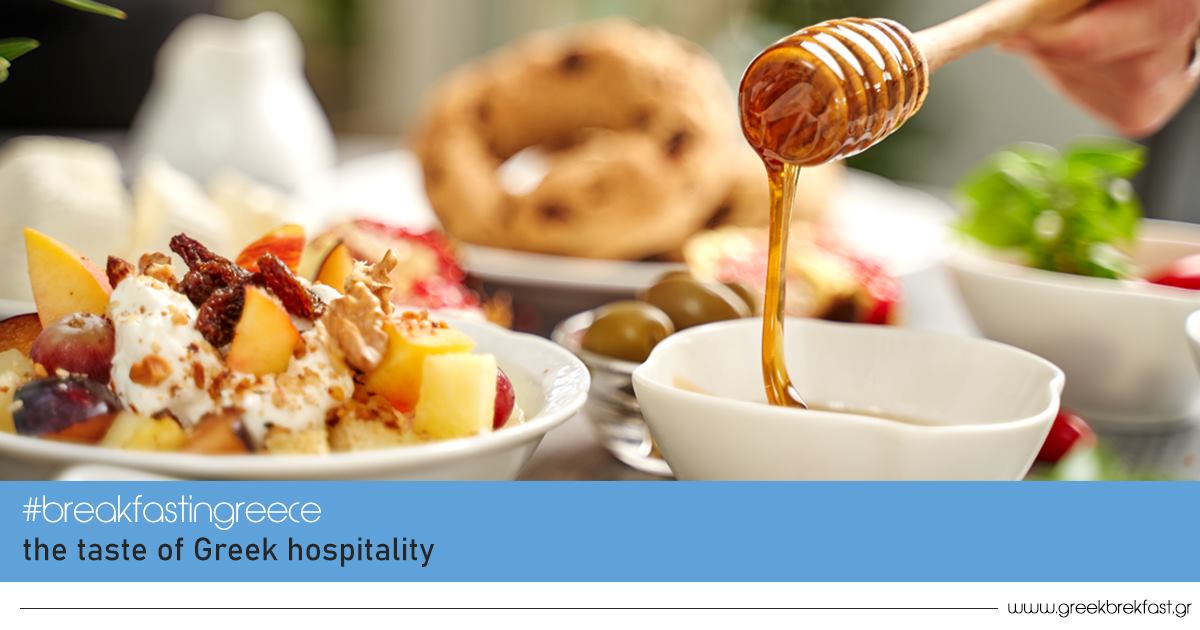 The latest data on the Greek Breakfast initiative, which is part of a survey focused on the connection of Greece’s hotel industry with the primary sector, was presented during the workshop by ITEP’s president, Konstantina Svinou.

“The Greek Breakfast program is the first action, a substantial action, that directly brought together the hotel industry and the primary sector,” Svinou said, underlining that nearly a quarter (26.5 percent) of hotels in Greece – around 2,500 – said they embraced the initiative and include Greek local products on their breakfast menus. 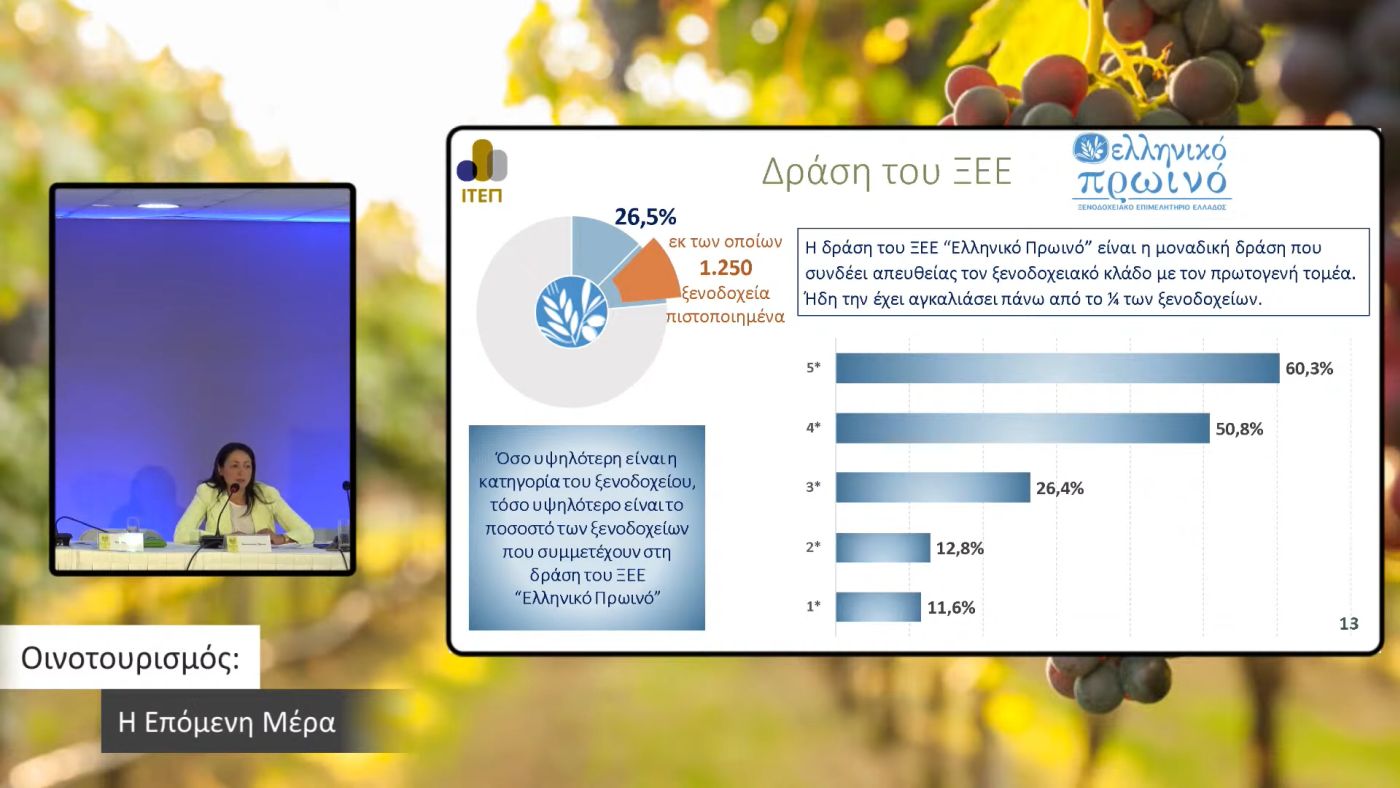 According to the survey, the higher the hotel category, the greater the participation in the chamber’s Greek Breakfast program, as 60.3 percent of the hotels certified with the seal are 5-star establishments; 50.8 percent are four-star hotels; 26.4 percent are three-star; 12.8 percent are two-star; and 11.6 percent are one-star hotels.

In 2017, the Greek Breakfast initiative was named national winner for “Supporting the Internationalization of European SMEs” at the European Enterprise Promotion Awards organized by the European Commission.

Greek hotels do use local products

As highlighted by the chamber’s president, Alexandros Vassilikos, connecting Greek hospitality (and therefore Greek tourism) with the country’s gastronomy and local products is a strategic choice for the future. 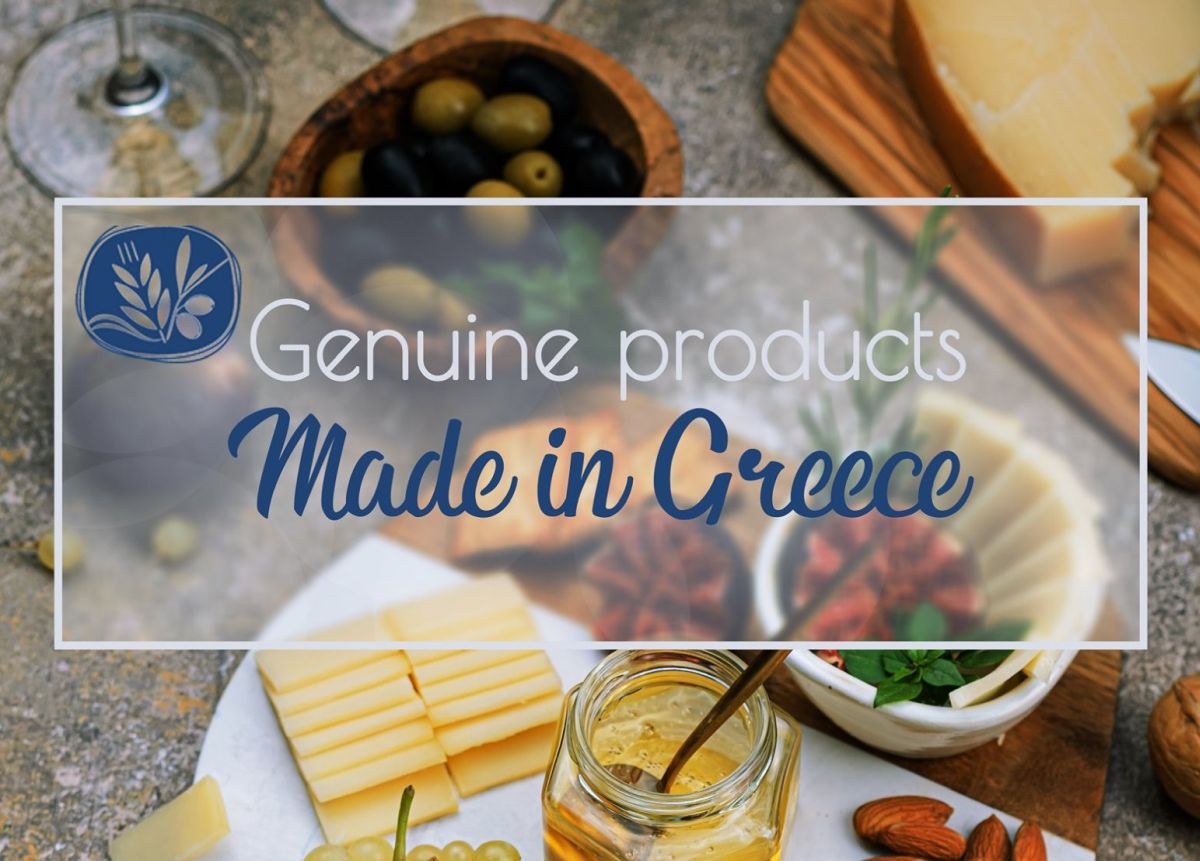 ITEP’s survey, which included research on how much Greek hoteliers are in fact promoting local products through their hospitality offering, found that 88 percent of the expenditure of hotels for the purchase of F&B (food and beverages) concerns Greek products.

Moreover, the survey found that the most popular local products hoteliers purchase are eggs, dairy, oil, wine and honey.

Heraklion is One of the Safest Family-friendly Destinations in the World, Says Report

‘Smart Cities’ Program to Open for 315 Greek Municipalities in July