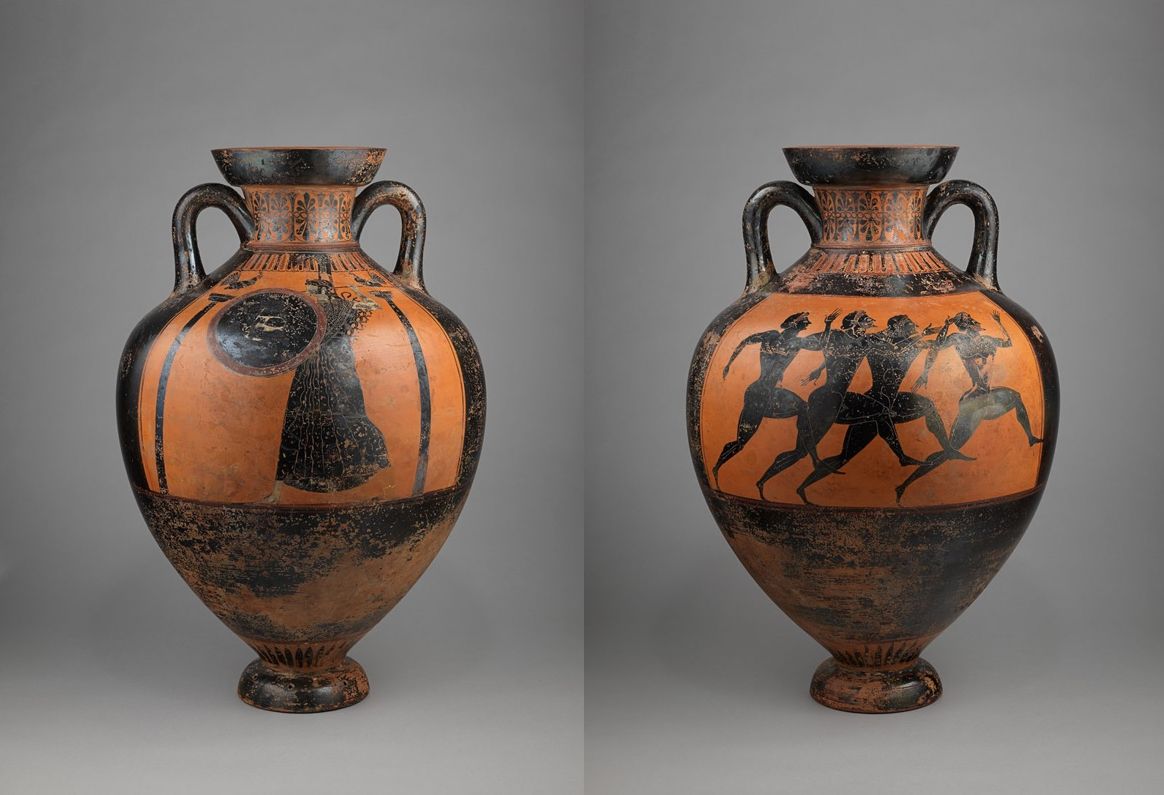 Attic black-figure Panathenaic amphora showing Athena Promachos (front) and athletes in a foot race (back); Attributed to the Eucharides painter; 525-500 BC.

The Acropolis Museum will welcome two Panathenaic amphorae from the Royal Ontario Museum (ROM) in Toronto, Canada, to their birthplace in Athens.

An exhibition of the two vessels will be held at the museum as of Monday, June 20, which coincides with its 13th anniversary since it first opened its doors. The exhibition will run until 8 January 2023.

Titled “Των Αθήνηθεν άθλων. The Panathenaic amphorae from Toronto, Canada back to their birthplace”, the exhibition will showcase the two exquisite vessels that were created in Athens over 2,500 years ago.

They are Panathenaic amphorae, vessels filled with oil that were given as a prize to the victors of contests held during the festival of the Great Panathenaia.

One side is decorated with the figure of Athena Promachos and the other with scenes related to the games for which they were given as prizes.

The two vessels from the Royal Ontario Museum will be exhibited in the Parthenon Gallery, relating with the great temple’s frieze, where Pheidias and his collaborators artfully carved the Panathenaic procession. 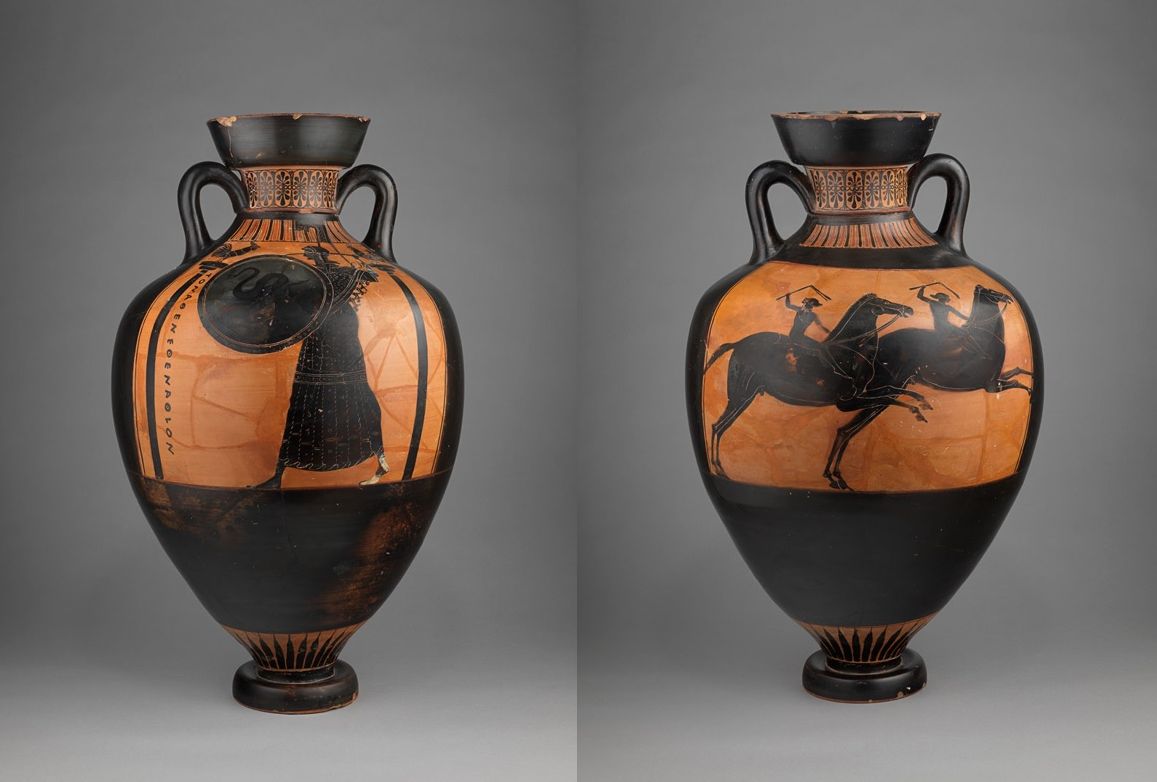 Attic black-figure Panathenaic amphora showing Athena Promachos (front) and a horse race (back); Attributed to the Eucharides painter; About 490 BC.

The museum’s exhibition will be taking place simultaneously with the presentation “From Athens to Toronto: A Greek Masterpiece Revealed” at the Royal Ontario Museum (ROM) in Toronto where the Acropolis Kore 670 is on display.

The exhibition in Athens and the event in Toronto is organized as part of cultural exchanges between the Acropolis Museum and other great museums abroad, promoting the friendly relations between the people of different countries.

Within the context of the event, on Wednesday June 29, at 7pm, the museum will welcome Royal Ontario Museum (ROM) Director Josh Basseches, who will give a speech in the auditorium entitled ‘ROM Immortal: Transforming Museum Experiences for the 21st Century’. 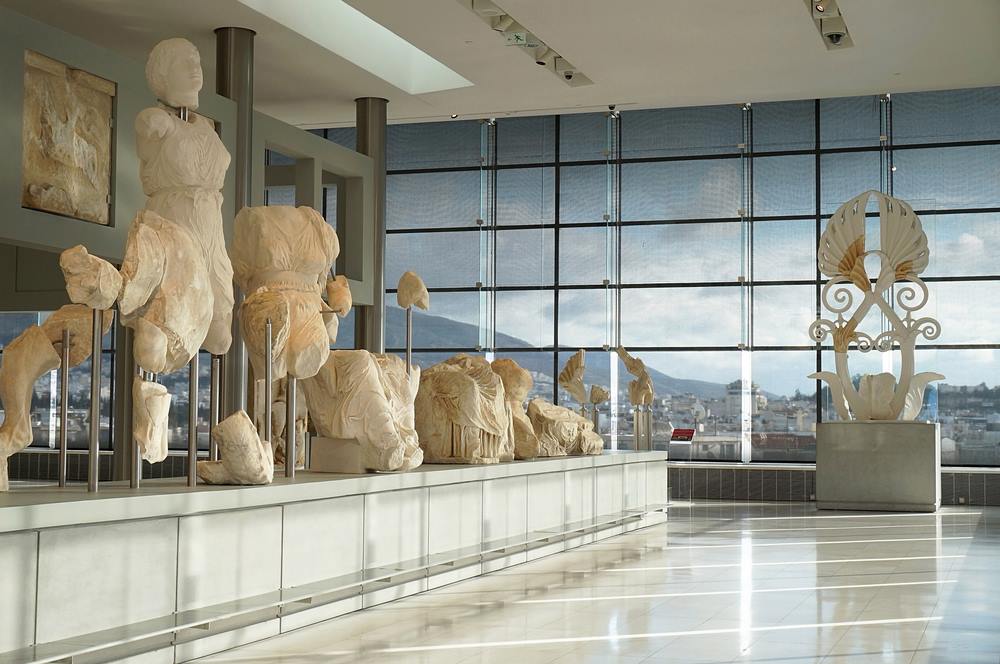 On Monday, June 20, the Acropolis Museum will celebrate its 13th anniversary and invites visitors to its exhibition areas with a reduced ticket price (5 euros) during its usual opening times (8am to 4pm). At 3pm on Monday, visitors will have the opportunity to enjoy music by the Woodwind Quintet of the Athens State Orchestra.

Lampsa Hotels is 3rd Most Attractive Employer in Greece for 2022