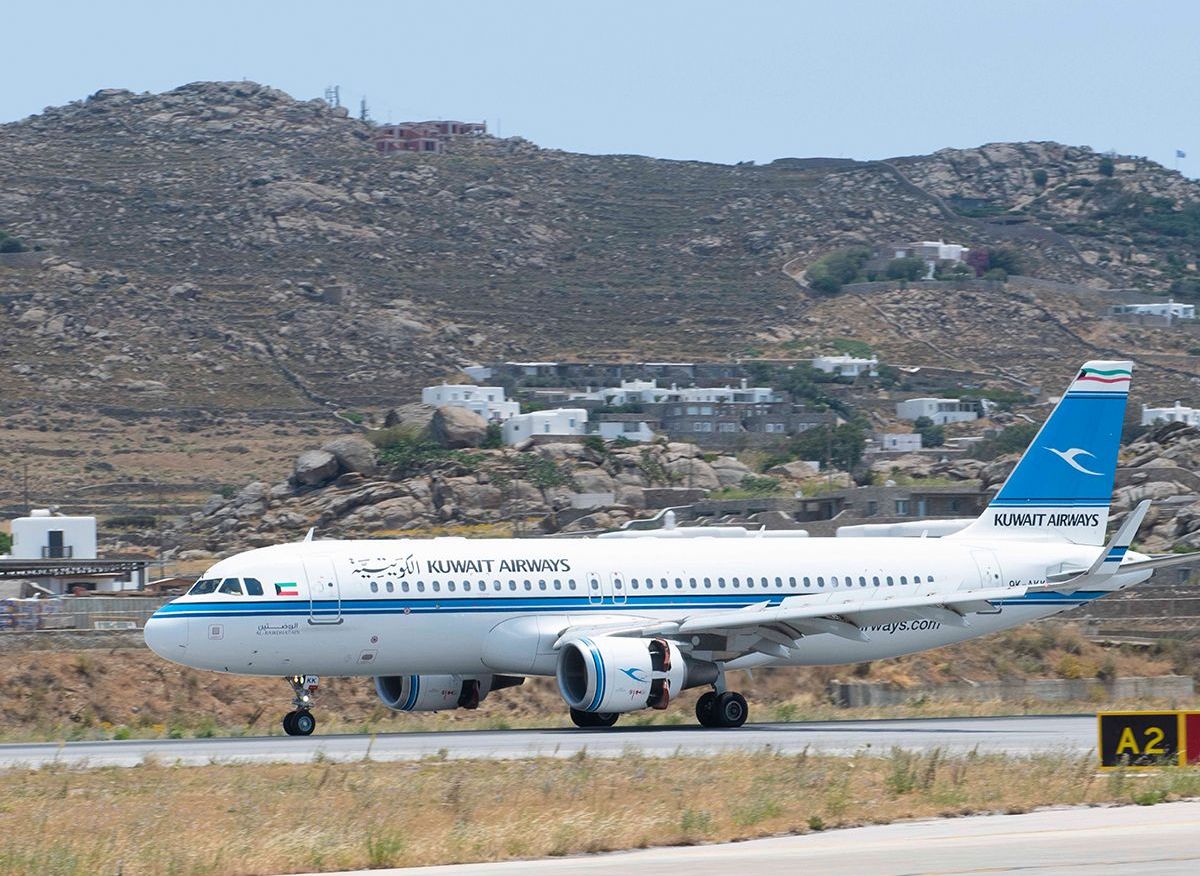 Kuwait Airways recently conducted its first direct flight connecting the city of Kuwait with the Greek island of Mykonos.

The flight arrived on Mykonos on June 6 and was welcomed by Mykonos Mayor Konstantinos Koukas, local officials and politicians. The Ambassador of Greece to Kuwait Konstantinos Piperigos, who contributed to the airline adding the island to its summer schedule, arrived on the first Kuwait-Mykonos flight. 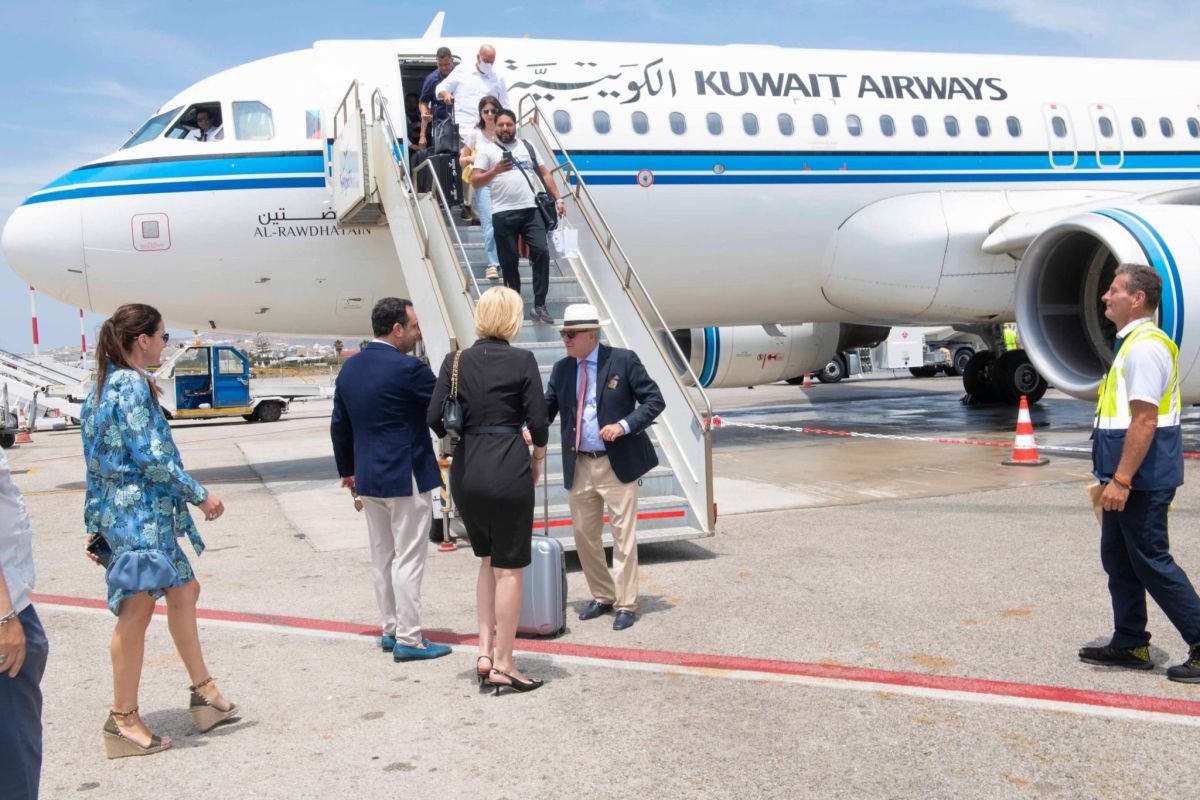 “Kuwait Airways’ decision to operate two flights a week to our island is another strong international cooperation highlighting the dynamics of Mykonos as a leading international tourism destination,” Mayor Koukas said. 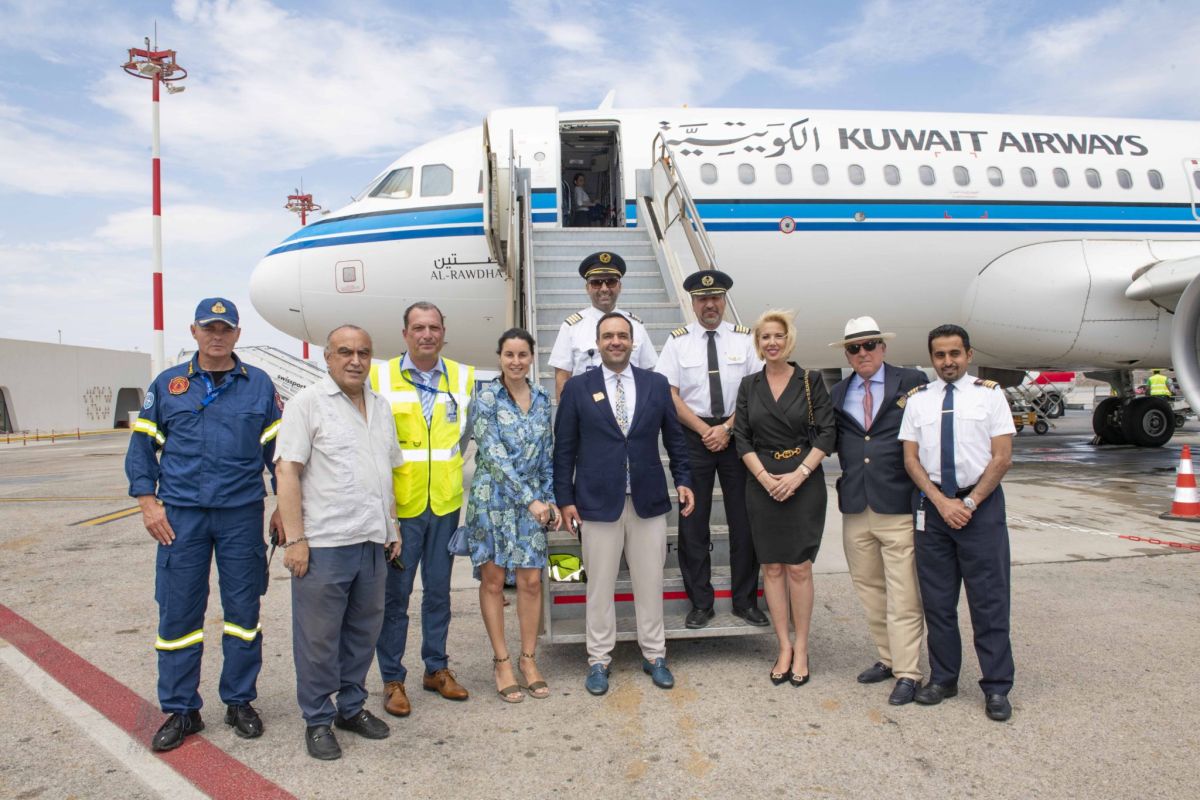 “Mykonos Airport welcomed the first ever direct flight from the state of Kuwait. Thanks to Kuwait Airways, passengers can now enjoy a quality time off to the Greek islands with direct flights from Kuwait to ‘The Island of the Winds’ twice a week,” Fraport Greece said in a social media post welcoming the new route.

Kuwait Airways is the national carrier of Kuwait operating scheduled international services throughout the Middle East, to the Indian subcontinent, Europe, Southeast Asia and North America, from its main base at Kuwait International Airport.