Kalamata Beaches Become Accessible to All

The Municipality of Kalamata has announced that it will install special mobility ramps at the beaches under its jurisdiction with the aim to provide swimming access to people with disabilities.

Running on solar panels, the SEATRAC access ramps include rails with an attached seat that enables people with physical disabilities to enter the water without the help of escorts.

The first ramp was installed earlier in May on the coast of the Eastern Kalamata – Anastasi area.

A second ramp will soon be installed at the beach of Navarino. 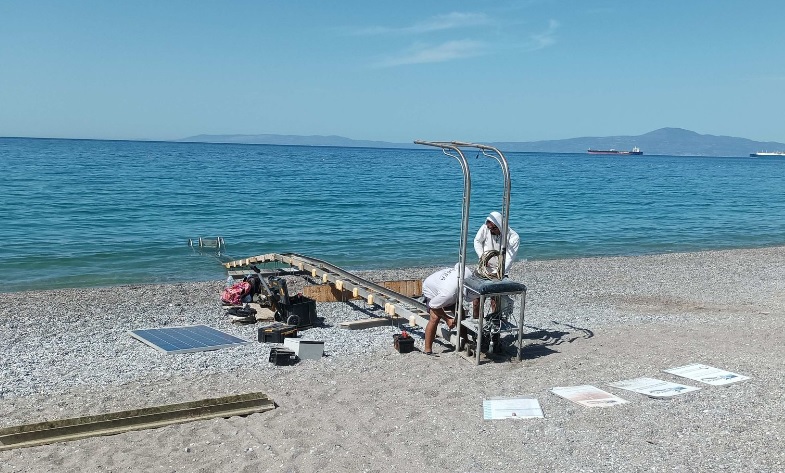 Kalamata is the second most populous city of the Peloponnese peninsula, after Patra in southern Greece, attracting both domestic and international travelers every year.

The SEATRAC ramp is not a permanent installation and therefore can be removed in the end of summer, leaving the coastline at its original state.

During the last few years, special SEATRAC ramps have been installed in costal areas in Attica (Glyfada, Anavyssos, Lagonissi) as well as on the popular islands of Corfu, Santorini, Syros and others.

Air Transat Connects Athens with Direct Flights to and from Canada