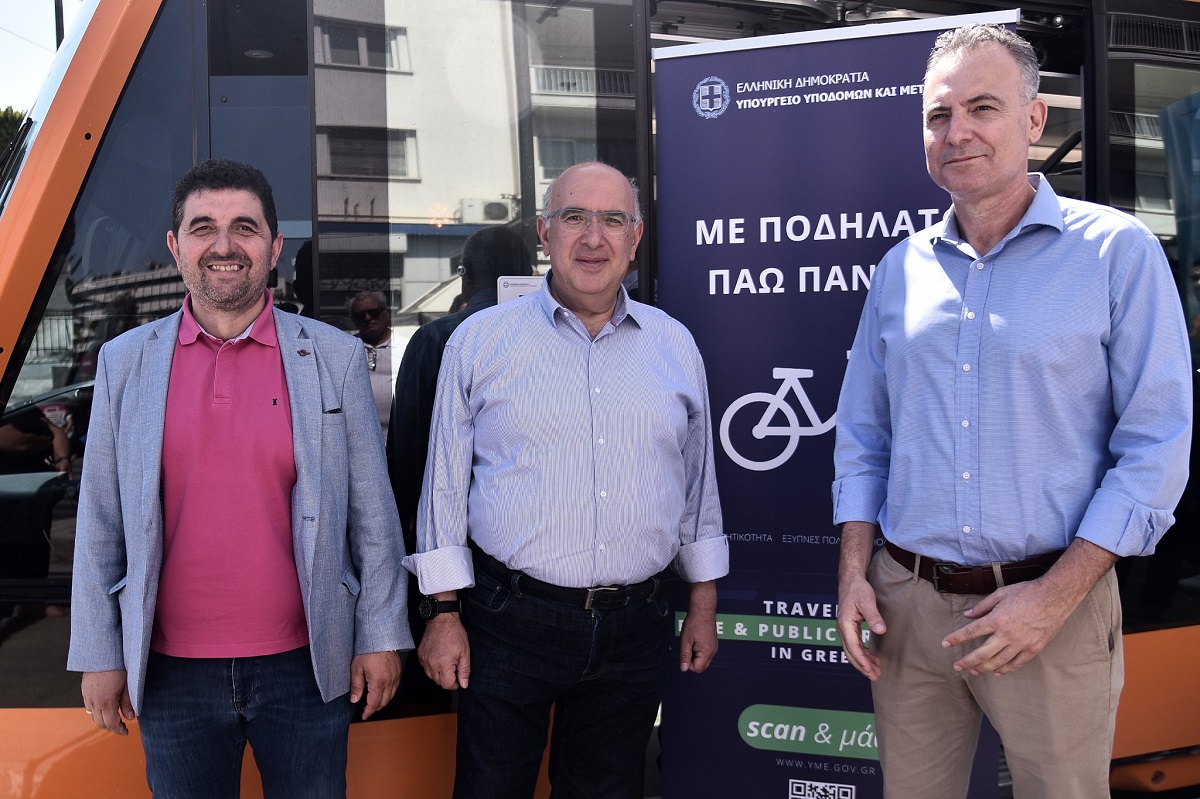 The Greek Transport Ministry, in collaboration with Urban Rail Transport Company STASY, has launched an information campaign to promote the use of bicycles in Athens’ public transport network.

Running under the title “I go everywhere by bike” the info campaign was launched by Deputy Transport Minister Michalis Papadopoulos and STASY President Charis Damaskos, during a recent event held at central Syntagma Square.

During the launch, Papadopoulos presented an application that provides users with access to information in Greek and in English about the rules concerning the transport of bicycles in the means of public transportation.

Commuters can access this information through the transport ministry’s website at www.yme.gov.gr/metafores/podilata as well as through a dedicated app and a QR code that is available inside the tram and metro coaches and stations. 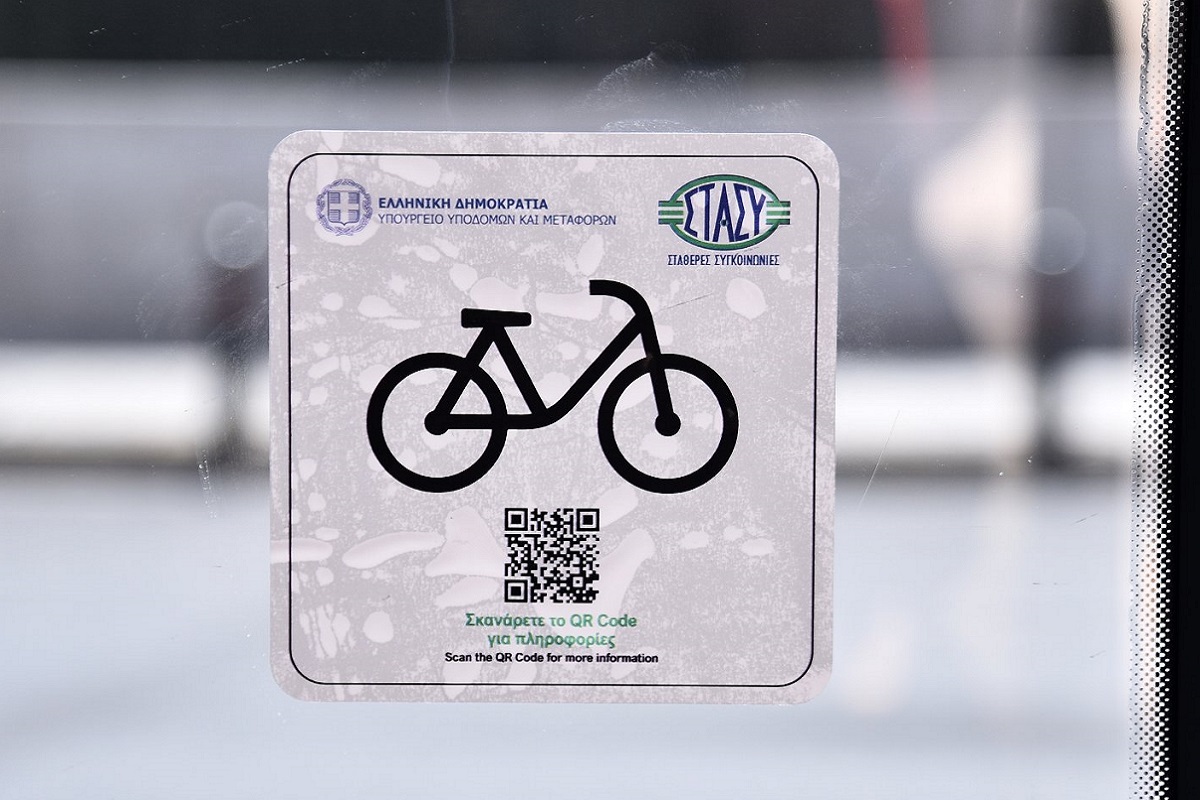 – the use of bicycles on the metro, tram, buses and suburban railway
– cycling routes in Greece and the Eurovelo network
– traffic regulations
– cycling promotion activities.

In addition, the campaign’s spot is running on screens inside the metro and tram coaches and stations. 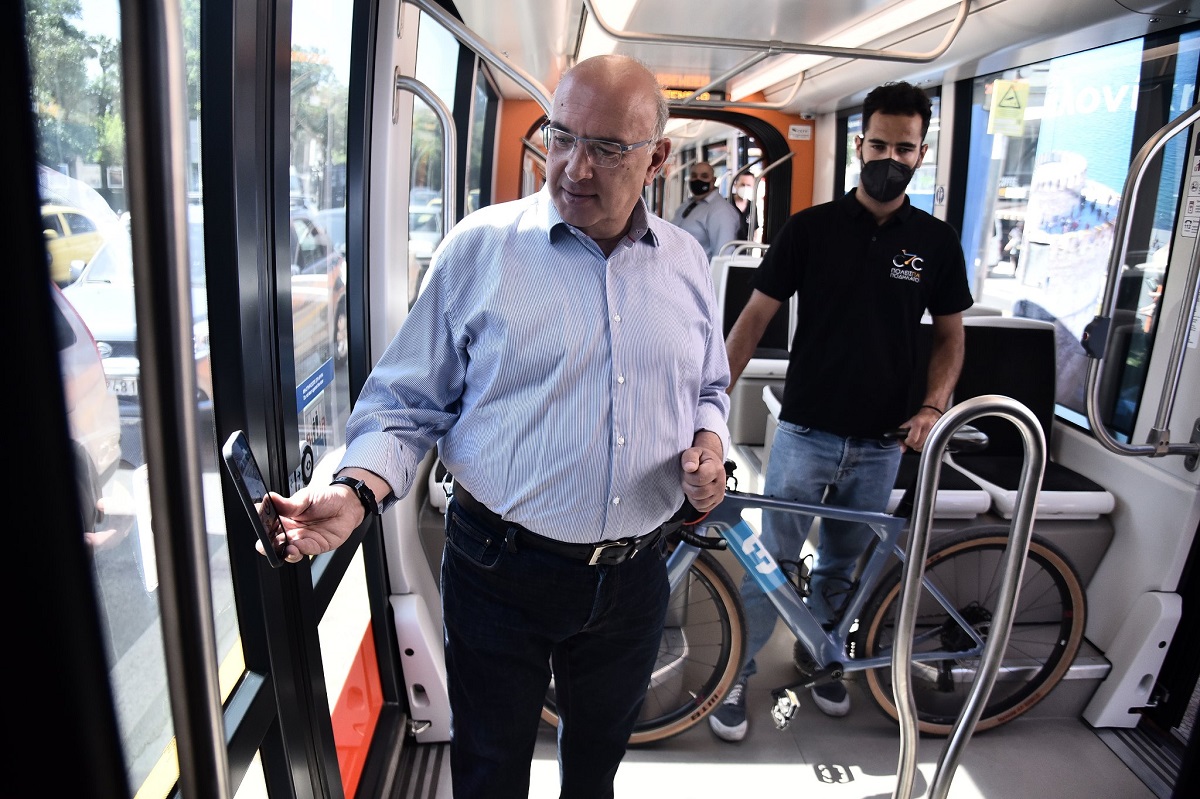 “Bicycles are an affordable, environmentally-friendly ‘tool’, ideal for covering short distances in cities, while offering many benefits to health… We are providing incentives for the daily use of bicycles while promoting cycling tourism,” Papadopoulos said.

Kalamata Beaches Become Accessible to All