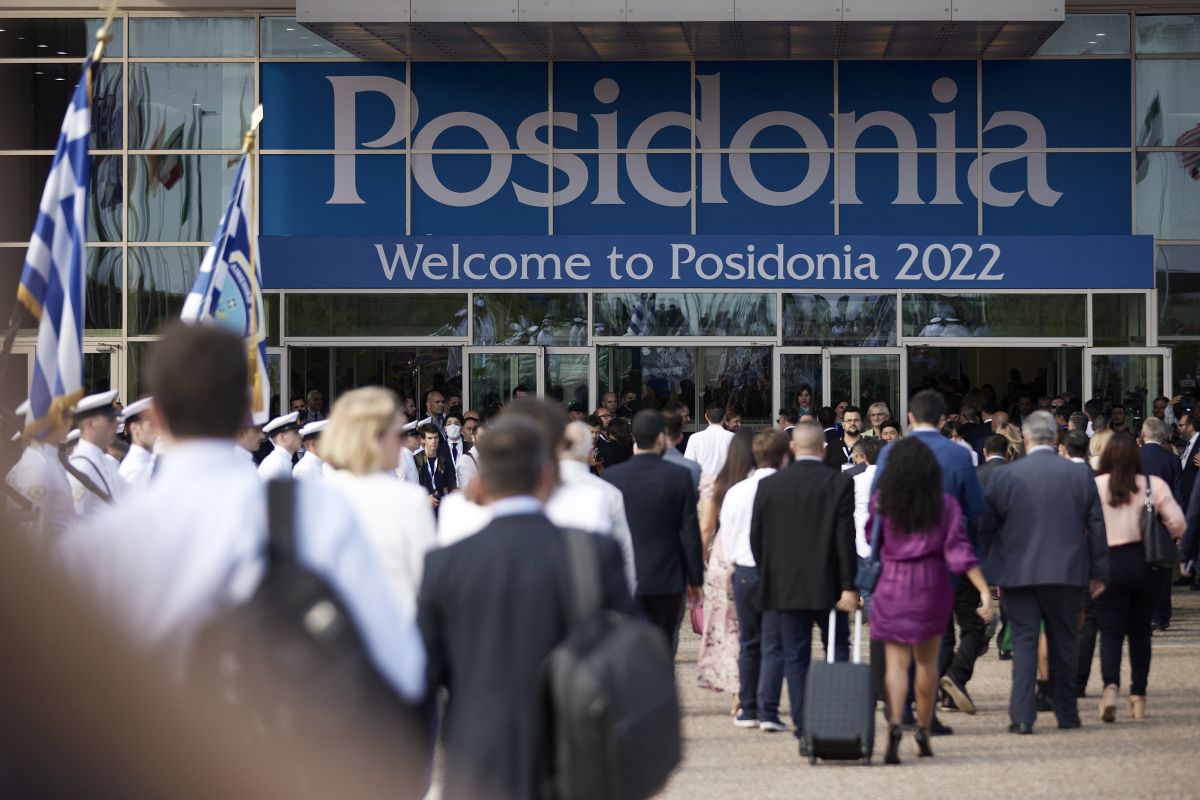 Posidonia 2022, the world’s most prestigious biennial shipping event, on Monday welcomed the global maritime community back to Athens, following the pandemic-induced cancellation of the 2020 event.

The ceremony at the Athens Metropolitan Expo marked the resumption of the global maritime calendar’s most anticipated event, which is also the largest in size during its 54 year-long history, having grown by 7 percent in net exhibitor space compared to the 2018 event.

“Posidonia is back, stronger and bigger than ever before, as the industry’s renewed momentum refuels our commitment in making this a memorable biennial gathering for the global maritime community to network, learn and interact, today and tomorrow,” Theodore Vokos, Managing Director, Posidonia Exhibitions S.A., said during the opening ceremony.

He added that the resumption of Posidonia is also great news for the Athens economy as the event is responsible for a 60 million euros turnover for the local hospitality, transportation and F&B sectors. 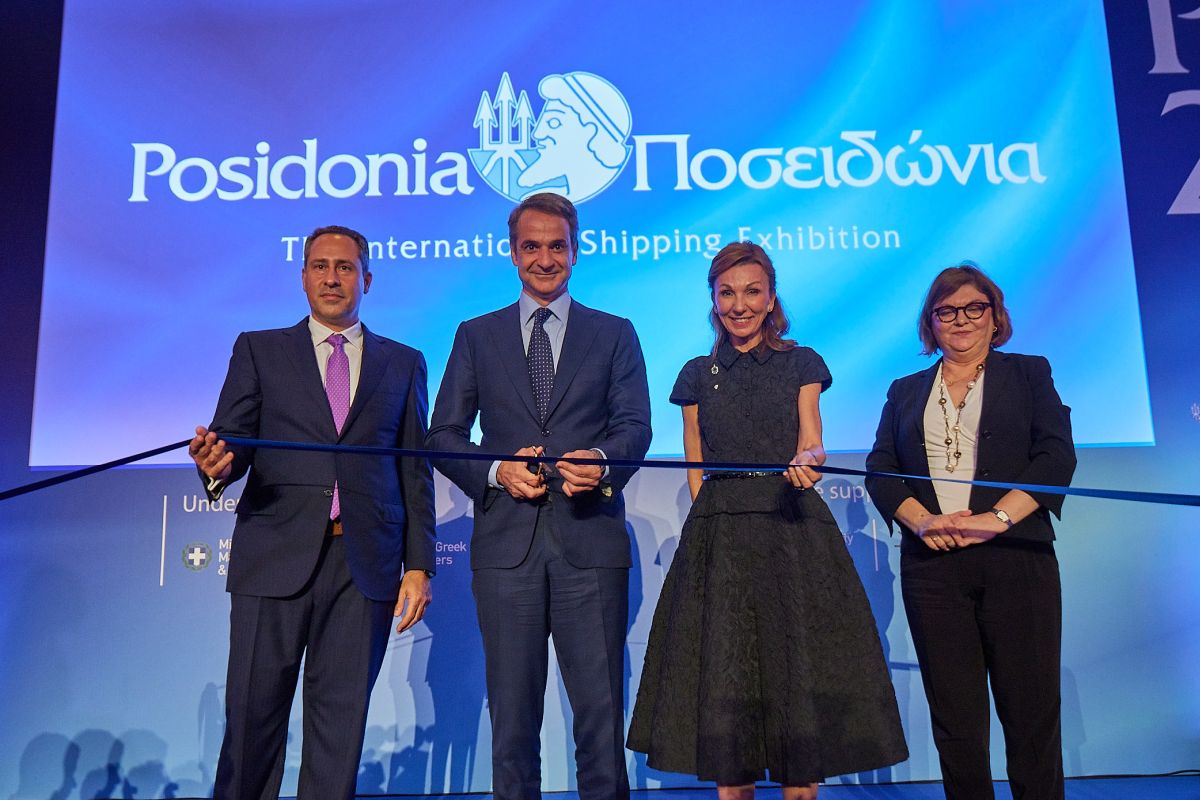 A total of 1,948 exhibitors from 88 countries and 24 National Pavilions from Europe, North America and Asia will display their products and showcase their maritime credentials during the event which is expected to be attended by more than 18,000 international and Greek visitors. Amongst them thousands of delegates who have arrived to Athens to attend the 68 conferences, seminars and workshops, scheduled to take place at the Metropolitan Expo Centre Venue over the next four days.

Speaking in front of an 800-strong audience comprising heads of states, international shipping ministers, EU officials, chairpersons of international organisations, Greek cabinet members and decision makers from the world’s biggest maritime companies, Greek Prime Minister Kyriakos Mitsotakis opened his speech praising the Greek shipping industry for its 7 percent contribution to the country’s GDP and the 200,000 jobs it has created for Greek citizens. 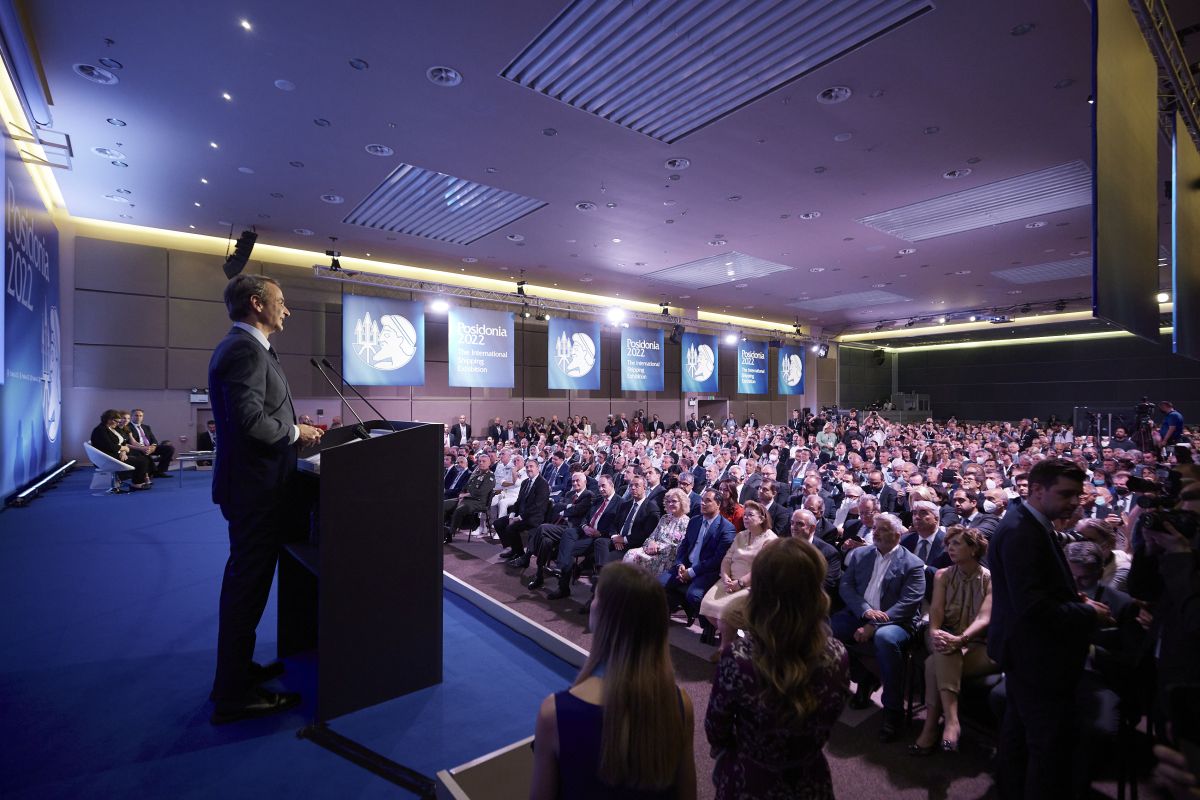 He also revealed details of a letter he sent to the President of the Commission, Ursula Von der Leyen.

The Greek PM said: “I called on her to make shipping a European priority with four pillars: First, to intensify the research and development of technologies and alternative fuels that will be compatible with the environment, safe for ships and sustainable for the economy. Secondly, to review European legislation in order to ensure a level playing field in the transportation sector. Thirdly, the distribution of revenue from the European emissions trading scheme, especially in maritime trade, to be fairly distributed among the Member States. And fourth, to apply the mechanism of the ‘polluter pays’ principle with the operator responsible and not the shipowner. A position fully shared by the European Parliament.” 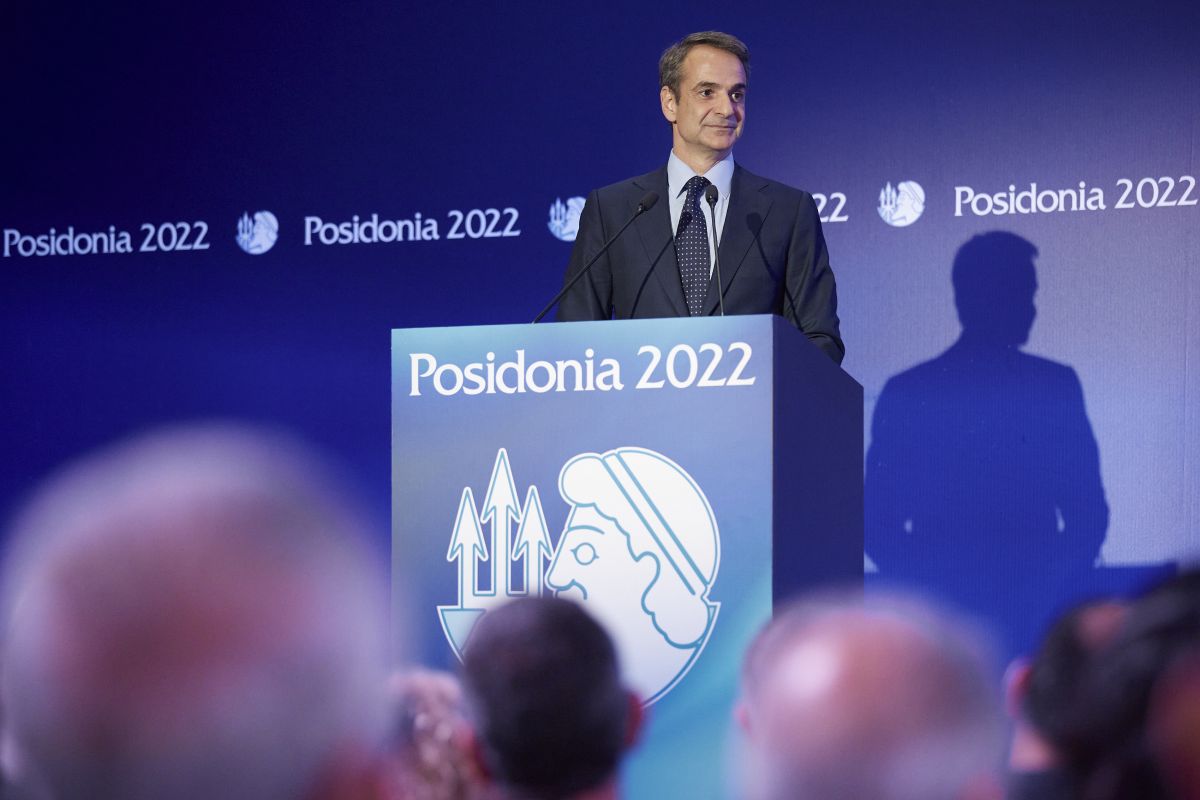 The EU Commissioner for Transport, Adina Valean said: “I am a believer in the power of the market to choose the best technologies for a specific task. Our role as regulators is to set the goal and the path to follow. It is for industry to choose the best technology for their vessels and business. Technologies are abundant – but not necessarily easy to implement at scale. And it is precisely these challenges that make Posidonia so important; a place to bring all actors together; to discuss, test, and forge new partnerships to move us forward.”

Posidonia 2022 will be held from June 6 – 10 at the Athens Metropolitan Expo.