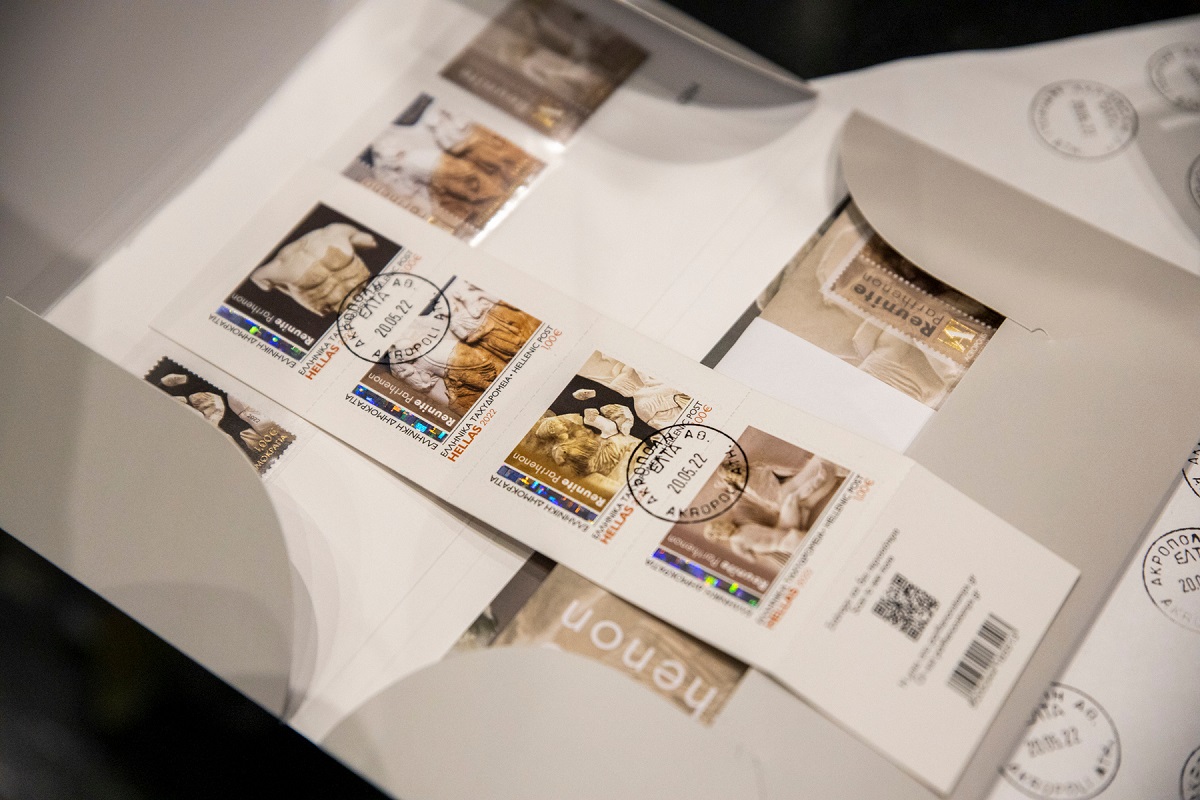 The Greek postal service ELTA announced the release of a commemorative series of stamps featuring illegally removed parts of the Parthenon – known as the  Parthenon Marbles – as part of Greece’s efforts to raise awareness for the return of the ancient sculptures to Athens.

Under the title “Reunite Parthenon”, each stamp features on the right a removed artefact from the Parthenon in Athens, an UNESCO World Heritage site, and a call on the left side for its return to the Acropolis Museum.

ELTA even created a new microsite in Greek and English featuring a video of the stamps and their subject matter to help spread the word.

It is reminded that the Parthenon Marbles were illegally removed in the 1800s by Lord Elgin, who later sold the Greek artworks to the British Museum and which today are among its top money-making exhibits.

“ELTA offers the Reunite Parthenon Commemorative Stamp Series in the service of national cultural diplomacy with the aim of disseminating the call for the reunification of the Parthenon Marbles across the world strengthening the ecumenical vision,” said Hellenic Post.

The four-stamp series was presented last week at the Acropolis Museum in the presence of Culture Minister Lina Mendoni. 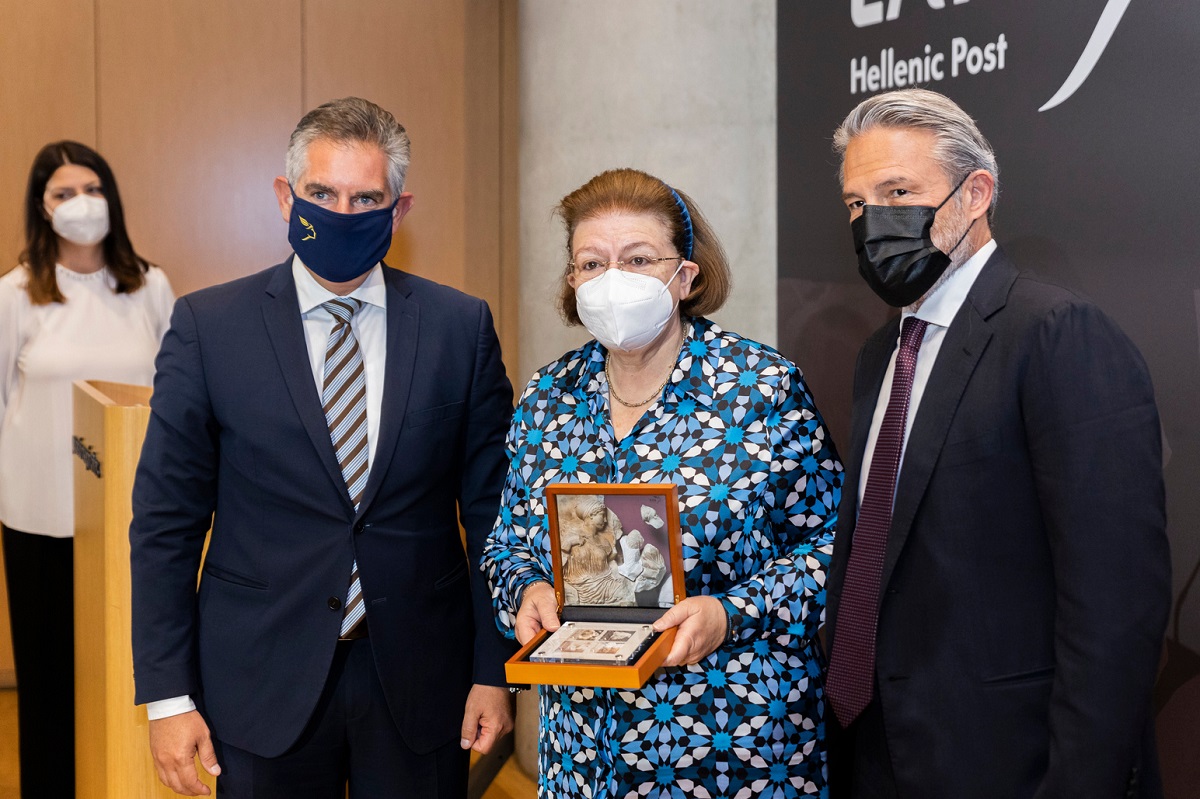 “The world is entitled to seeing this unique composition of creation, freedom, democracy in its entirety,” said Mendoni, adding that global pressure was mounting on the British Museum to return the Parthenon Marbles.

“These sculptures, the works of Pheidias, must return to their birthplace, must find their place in the Acropolis Museum. The frieze of the Parthenon is the reflection of the Athenian Republic, whose supreme values ​​are peace and creation. Pheidias’ creation radiates unbridled power, perfection and beauty. The international community is demanding to see this masterpiece in its entirety, reunited here on the Acropolis,” said Mendoni, adding that this is also at the core of Greece’s request for the repatriation of the ancient art works. 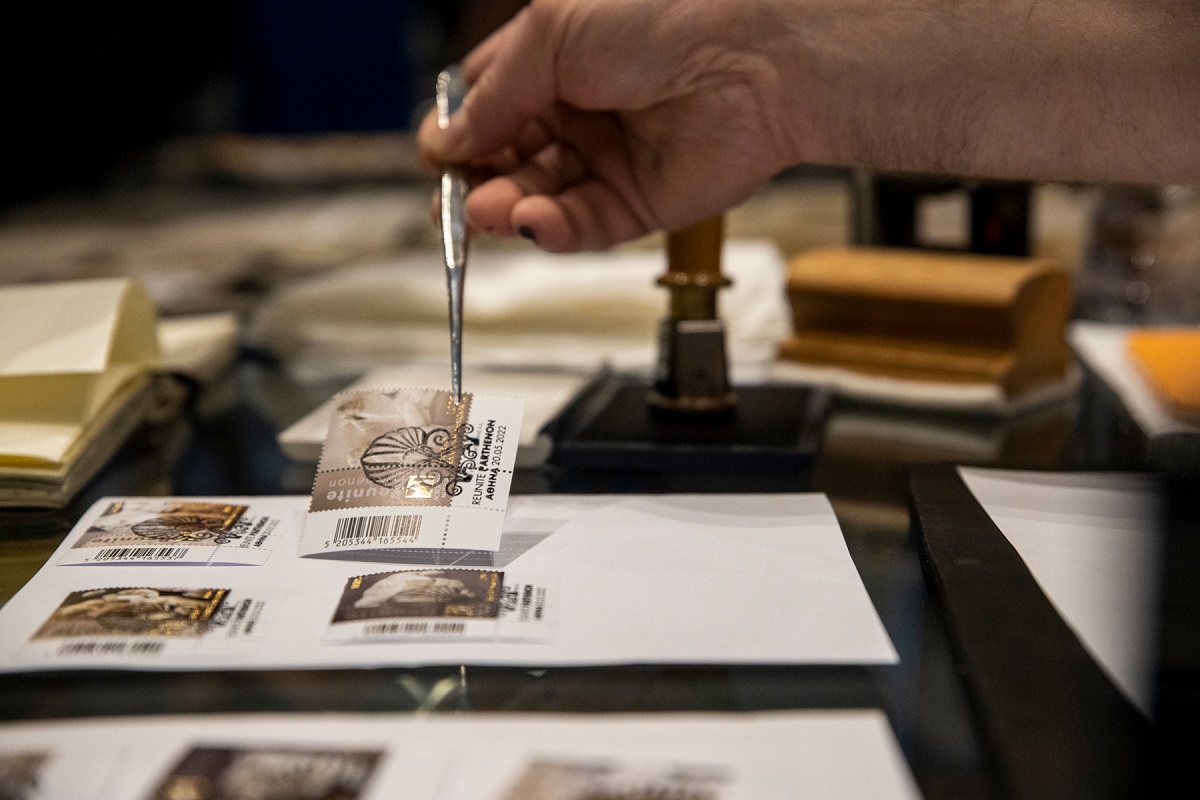 Earlier this month, UNESCO’s Intergovernmental Committee for Promoting the Return of Cultural Property to its Countries of Origin or its Restitution in Case of Illicit Appropriation (ICPRCP) during its 23rd session in Paris, called on Greece and the UK to resolve the long-standing issue and announced that talks would begin between culture ministers.

However, a comment by the British Museum’s deputy director, Jonathan Williams, that “much of the [Parthenon] frieze was in fact removed from the rubble around the Parthenon. … These objects were not all hacked from the building as has been suggested”, sparked an international outcry with Mendoni reiterating that “over the years, Greek authorities and the international scientific community have demonstrated with unshakeable arguments the true events surrounding the removal of the Parthenon sculptures. Lord Elgin used illicit and inequitable means to seize and export the Parthenon sculptures, without real legal permission to do so, in a blatant act of serial theft.”

Posidonia 2022 Shipping Event to Be Biggest Ever, Says Organizer