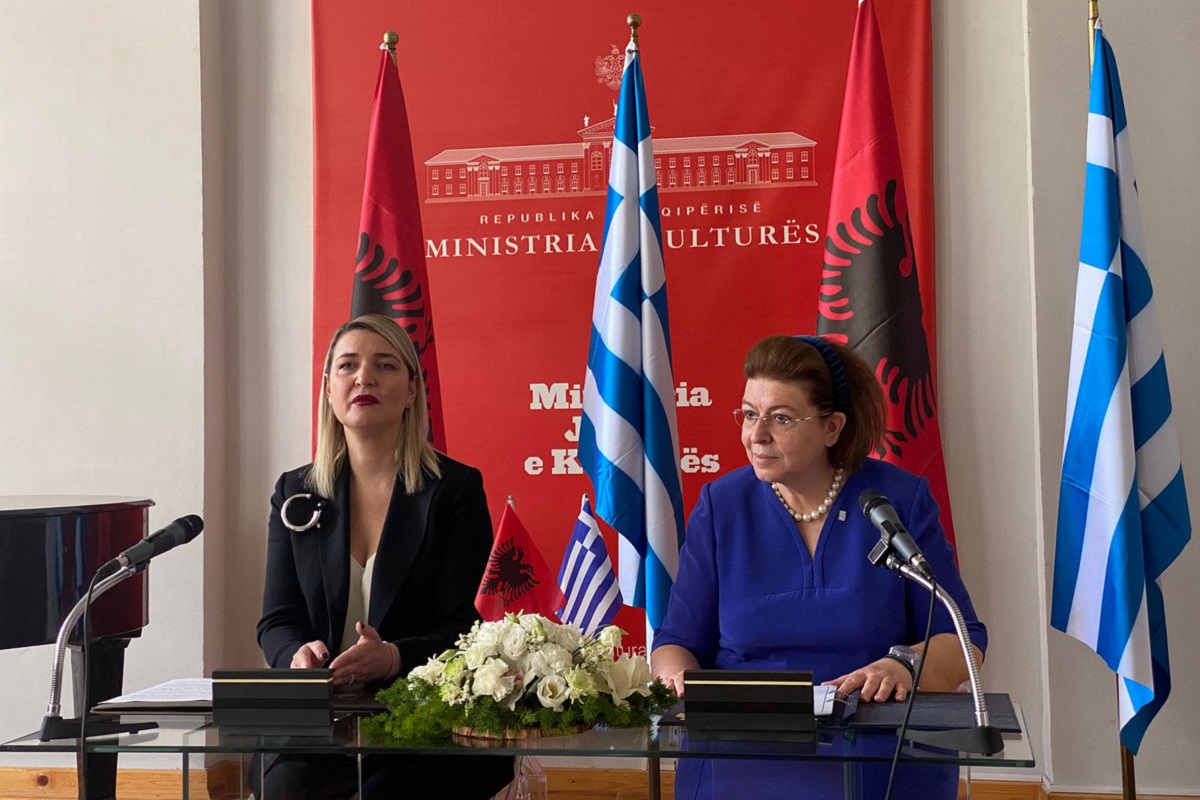 Greece has signed a memorandum of understanding with Albania to support the efforts of its neighboring country to excavate, preserve and restore its archaeological sites and monuments.

Signed in Albania earlier this week between Greek Culture Minister Lina Mendoni and her Albanian counterpart Elva Margariti, the memorandum also foresees the cooperation of the two countries in the fields of museology and museography.

Mendoni visited Tirana for the start of the Greek Week of Cultural Events that is organized in the Albanian capital as part of the European Youth Capital 2022 initiative.

The memorandum of understanding confirms the commitment of the two countries to cooperate in the design and implementation of joint archaeological research, excavations, restoration works, conservation and promotion of archaeological sites in Albania. It also includes cooperation in educational activities as well as the exchange of “know how” and documentation.

A first pilot archaeological project is set to begin soon in Albania with the support of the Ioannina Ephorate of Antiquities.

“Greece and Albania have a great cultural heritage. With the signing of this memorandum, we are creating an ‘umbrella’ of cooperation between the ministries of culture of both countries,” Lina Mendoni said.

The Cultural Weeks initiative will also strengthen ties, facilitate discussions and bring the cultural organizations of the two countries closer.

According to Albanian Culture Minister Elva Margariti, the memorandum signed between the two countries is an initiative to promote friendly cooperation between the two ministries.

“It is an agreement that should have been signed years ago and includes all the issues we have discussed during previous meetings with the Greek culture minister. We are putting emphasis on digitalization and educational programs,” Margariti said.