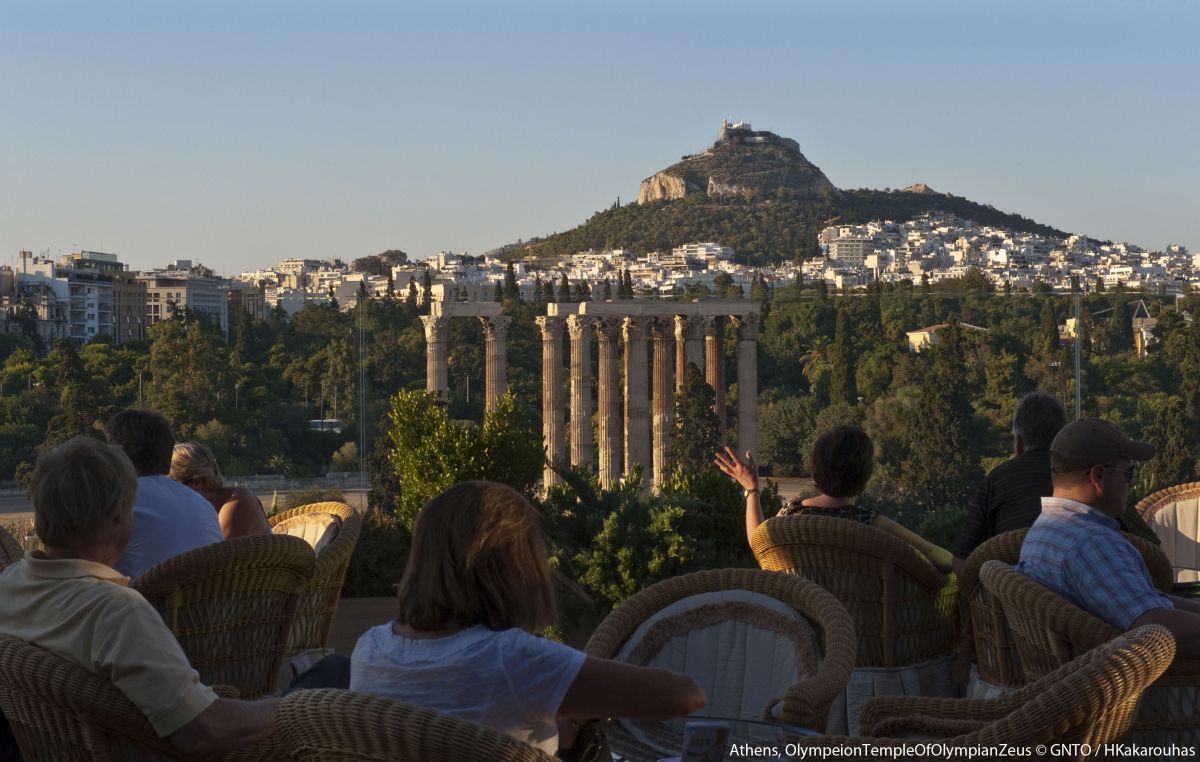 Greece’s online reputation remains strong as the tourism season warms up with internet conversations focusing on culture, sea and sun, according to the findings of a SETE Intelligence (INSETE) study released this week.

More specifically, according to the Greece Sentiment Tracker Q1 Report for January-March 2022 carried out by analysts at the research department of the Greek Tourism Confederation (SETE) in collaboration with TCI Research, the overall reputation of both Greece and Athens is showing resilience despite the geopolitical instability and Covid-19 conditions.

The report assessed big data about Greece and Athens compared to rival destinations such as Italy, Spain and Portugal to conclude on reputation and tourist experience.

Greece appears to be the talk of the web with a higher volume of conversations focusing on Greek culture and sanitary safety, followed by gastronomy, cleanliness and hospitality. 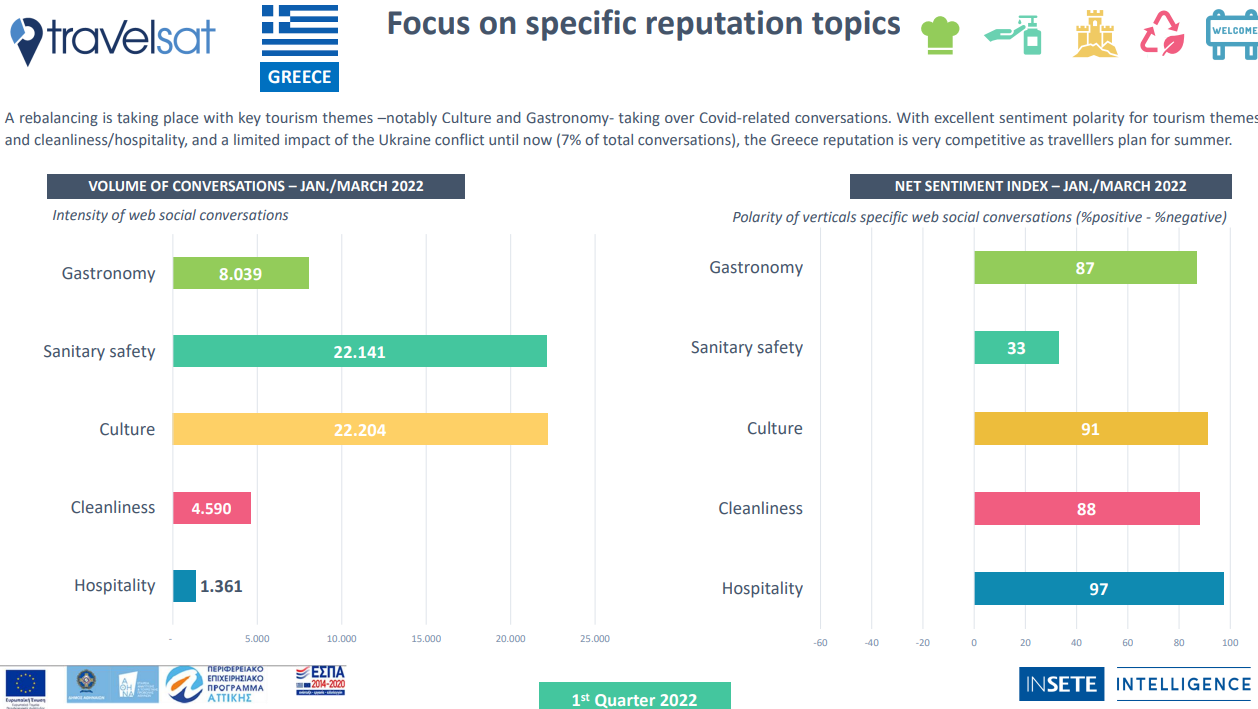 Other key takeaways include:

– the Ukraine conflict has generated limited impact so far, as opposed to Eastern European destinations which are more exposed in social conversations

– culture, sea and sun are getting higher ratings as part of the overall experience compared to dining, shopping and attractions 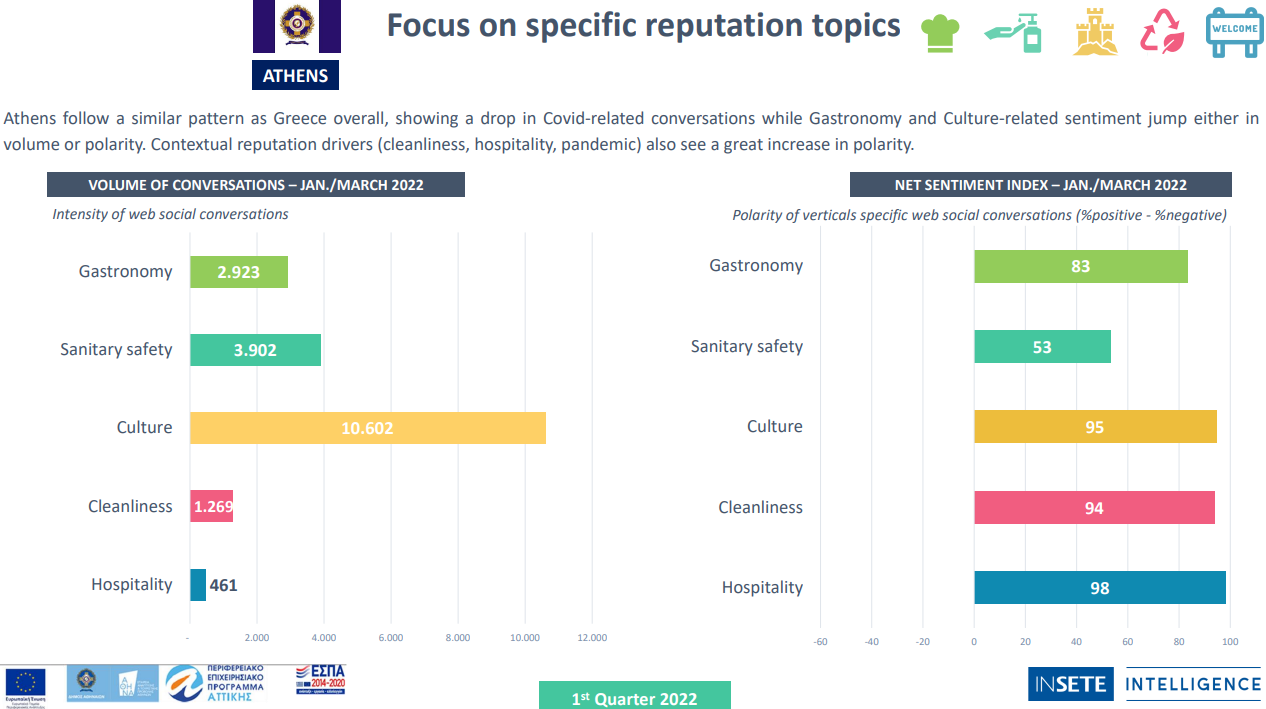 – issues being discussed on the web concerning Greece in the first quarter of the year focused on attractions, transportation, accommodation, and F&B with a mix of both iconic and more off-the-beaten track experiences fueling destination popularity

– sustainability was also mentioned in social conversations, as were traditions and history

– negative stories affecting destination reputation in Q1 had to do mostly with climate, safety, the pandemic and geopolitics. “However, most of them were ‘anecdotal’, with limited resonance in time and geographically, causing few damages on the overall reputation,” said INSETE. 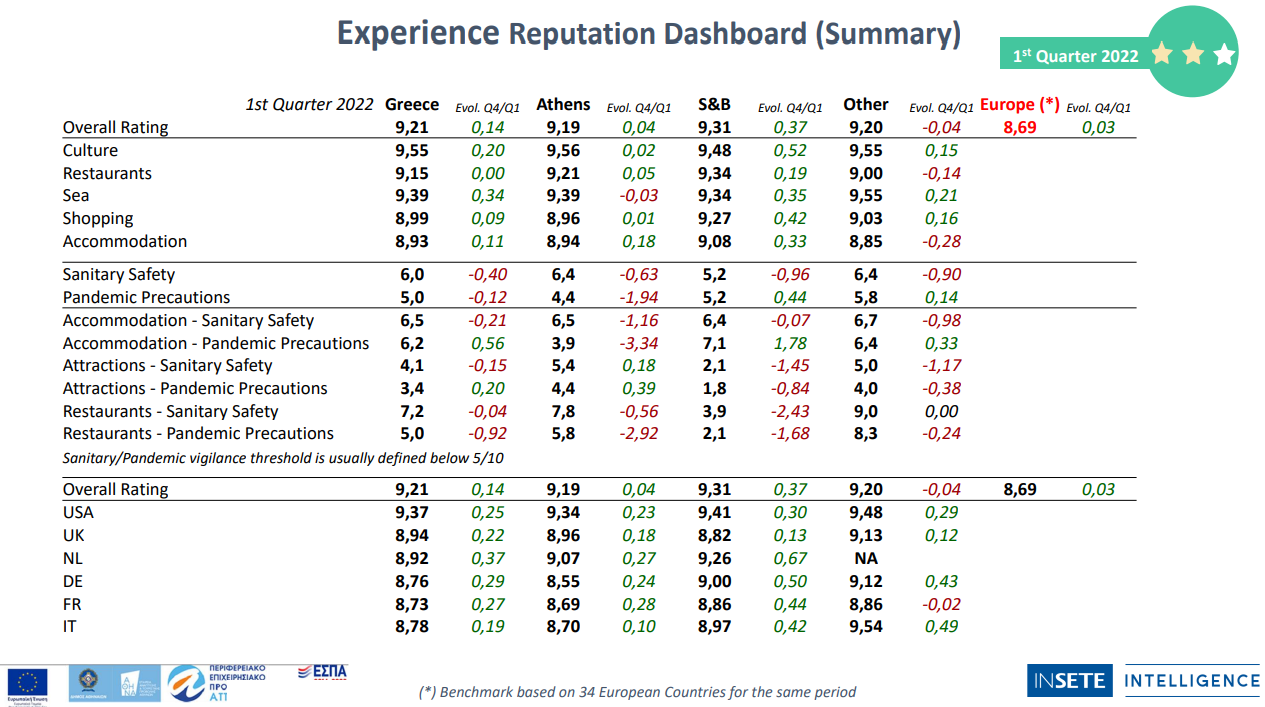 – travelers from the US, the UK, Netherlands, Italy, France and Germany appear to be the most satisfied with the Greek sea and sun tourism product as well as with Athens

Greece’s online reputation has been on an upward trend over the months of February and March, according to previous INSETE data.