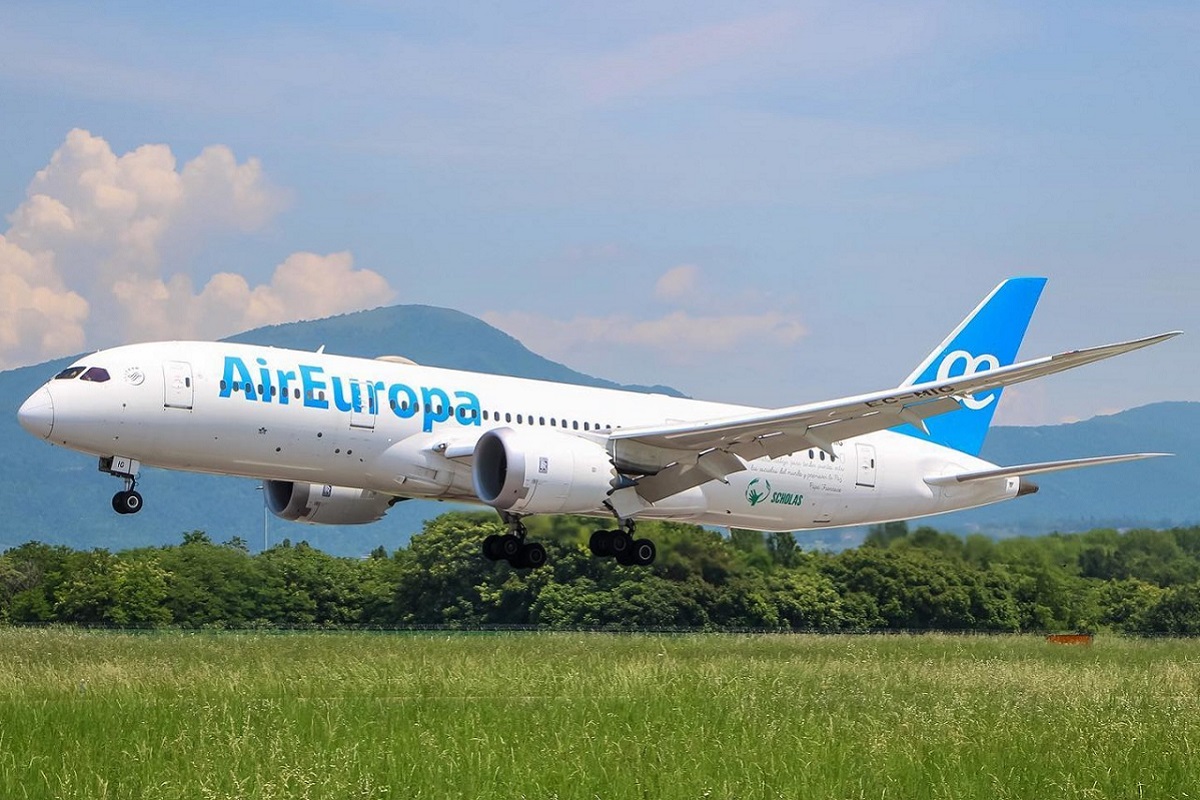 Spanish airline Air Europa has announced that it will resume its direct services between Athens and Madrid for the 2022 summer season.

From June and until the end of October, Air Europa will be connecting Madrid with the Greek capital with two weekly flights to be conducted on Wednesdays and Sundays with a Boeing 787 Dreamliner that combines the highest environmental performance with maximum comfort.

“This makes more than 28,000 seats available to the customer, exceeding the capacity offered in the summer of 2019,” the airline said.

A month later, in July, Air Europa will open its second summer destination heading to Alghero, Sardinia, where it will fly twice a week, on Thursdays and Saturdays. Open until early September, the route will connect Madrid with this city in northwestern Sardinia with more than 30 flights.

During the summer, Air Europa will fly to a total of 35 European and national destinations, and another 20 in America.

Meanwhile, over the next few months, Air Europa will increase its seat offer with the addition of 11 new planes to its fleet – five Boeing 787 Dreamliner and six Boeing 737.