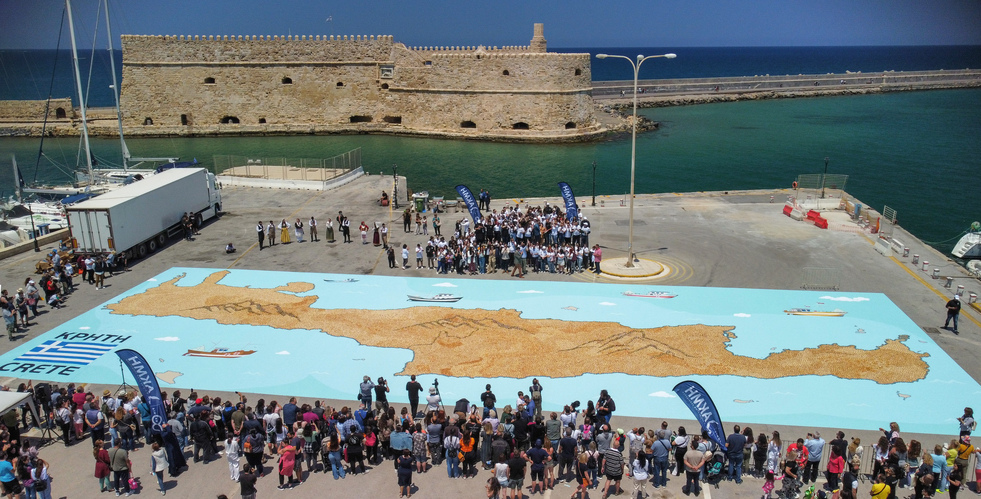 On May 14, the town of Heraklion on Crete claimed its spot in the Guinness World Records for the largest traditional “kalitsouni” mosaic in the world.

The edible work consists of 37,531 “kalitsounia”, which are Cretan sweet cheese pies also known as “lychnarakia”, and was made on Mikro Koule pier in the shape of Crete. 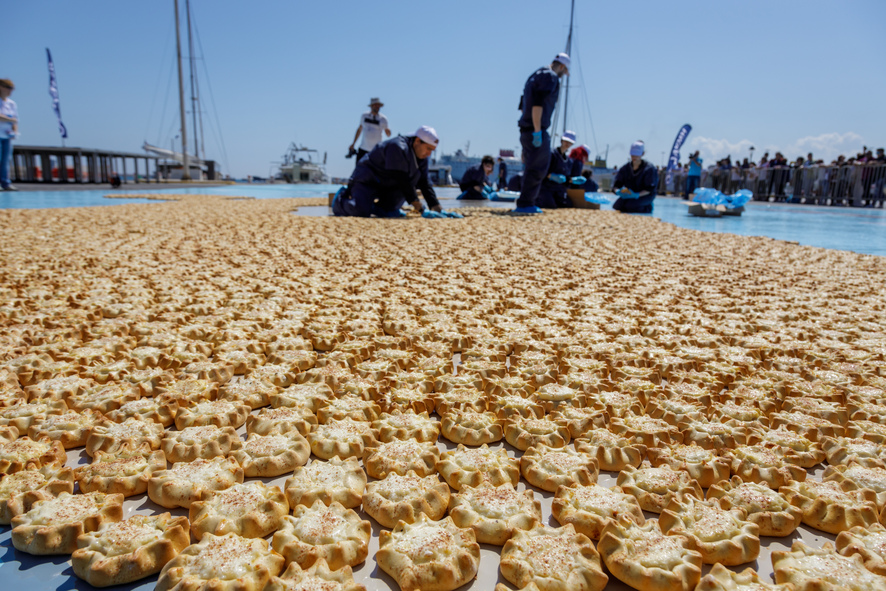 It took six months to create the ‘sweet’ map of Crete measuring 41×16 meters and one ton of flour, one ton of mizithra cheese, 400 kilos of sugar and 230 liters of eggs for the 37,531 kalitsounia, which were made in the last two week.

For the map’s details and contours, the bakers used white chocolate and cocoa butter. 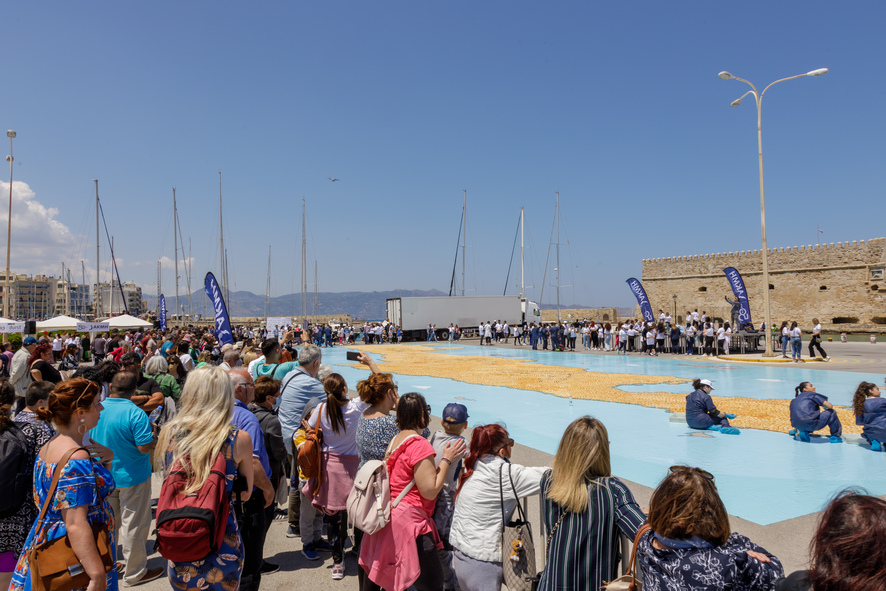 The inclusion of Heraklion’s kalitsouni mosaic in the Guinness World Records was marked with a grand celebration at the port under the Venetian Fortress with treats, song and dance.

Dozens of public and private organizations from Crete supported the initiative which was carried out by students from the IEK AKMI School of Cooking and Confectionery and coordinated by Gastronomy Essentials. 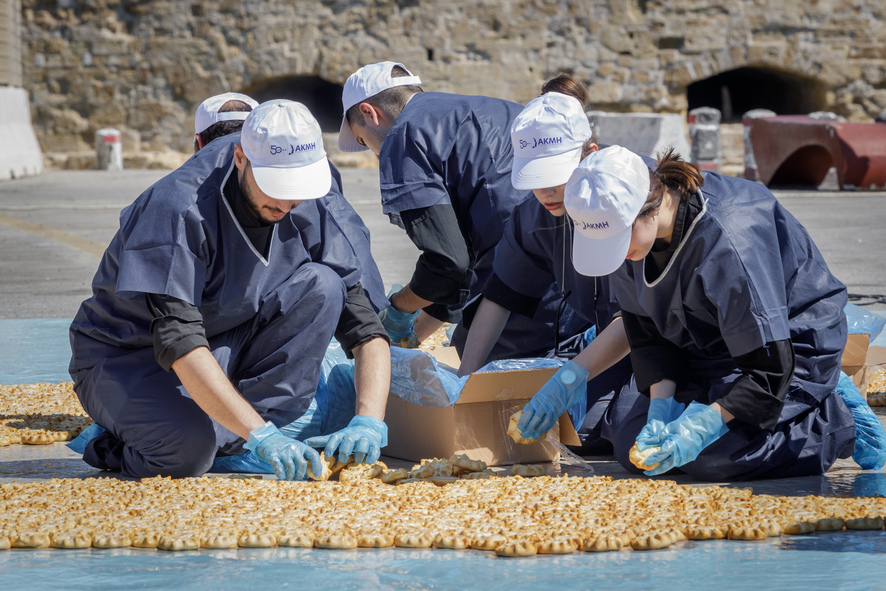 In 2001, Georgios Mavroleon and Nektarios Fintikakis made the world’s largest pita bread weighing 50kg and Anastasia Grigoraki had the largest basil plant measuring 3.34m (2012) – both on Crete.

Lipsi Municipality Says No to Sunbeds on Island’s Beaches