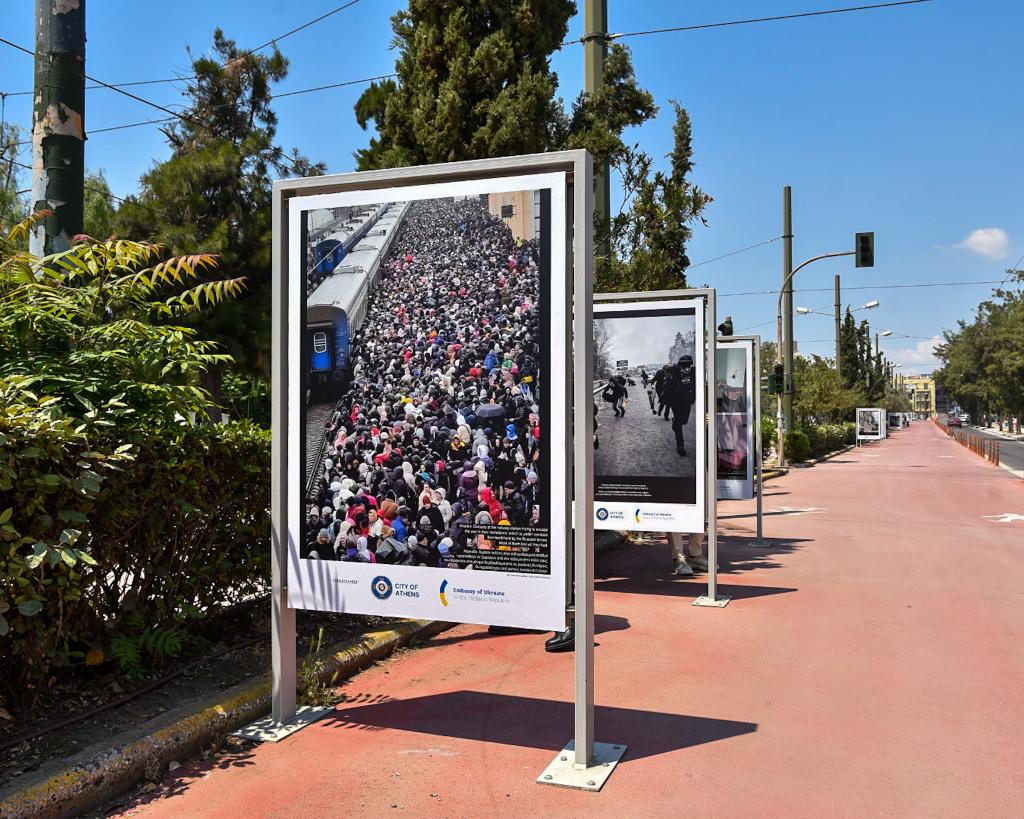 An outdoor photo exhibition reflecting the devastating consequences of Russia’s war on Ukraine recently opened on Vassilisis Olgas Avenue near the center of Athens.

Titled “Ukraine: The war that should have never happened”, the exhibition includes 57 photos of press photographers from all over the world that witnessed the conflict and captured with their lens shocking images from Ukraine’s war zones.

Among the photos are those of award-winning Greek photographer Aris Messinis, who is also chief photographer for the AFP in Greece. 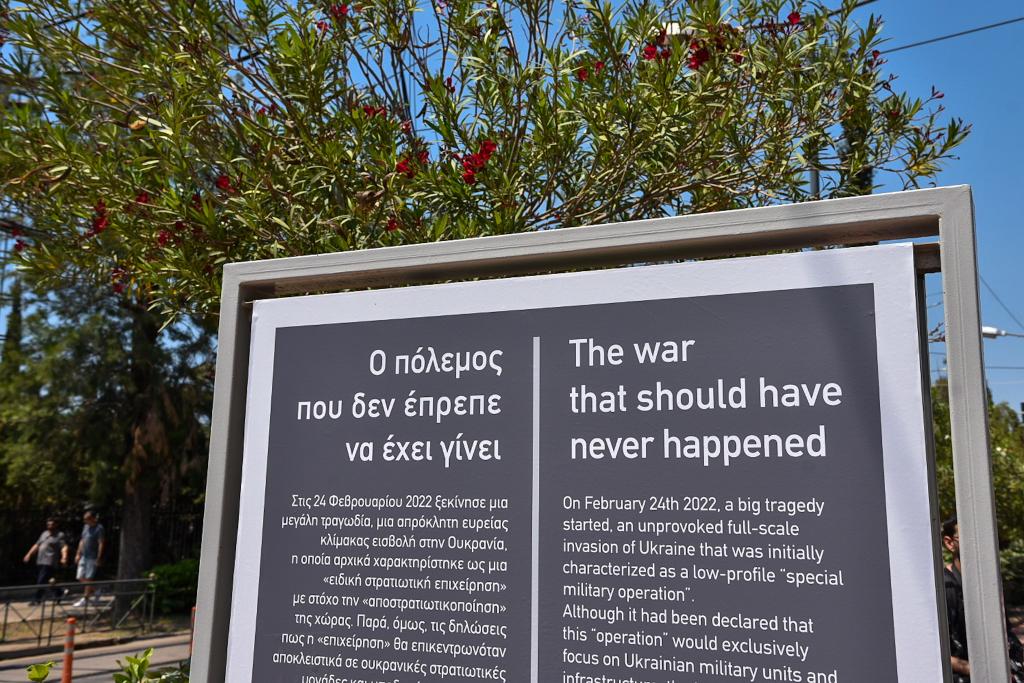 The exhibition is a joint initiative of the Athens Municipality and the Embassy of Ukraine in Greece.

“We wish to send a strong message against this illegal, unjust and barbaric invasion, a message for peace and democracy,” he added. 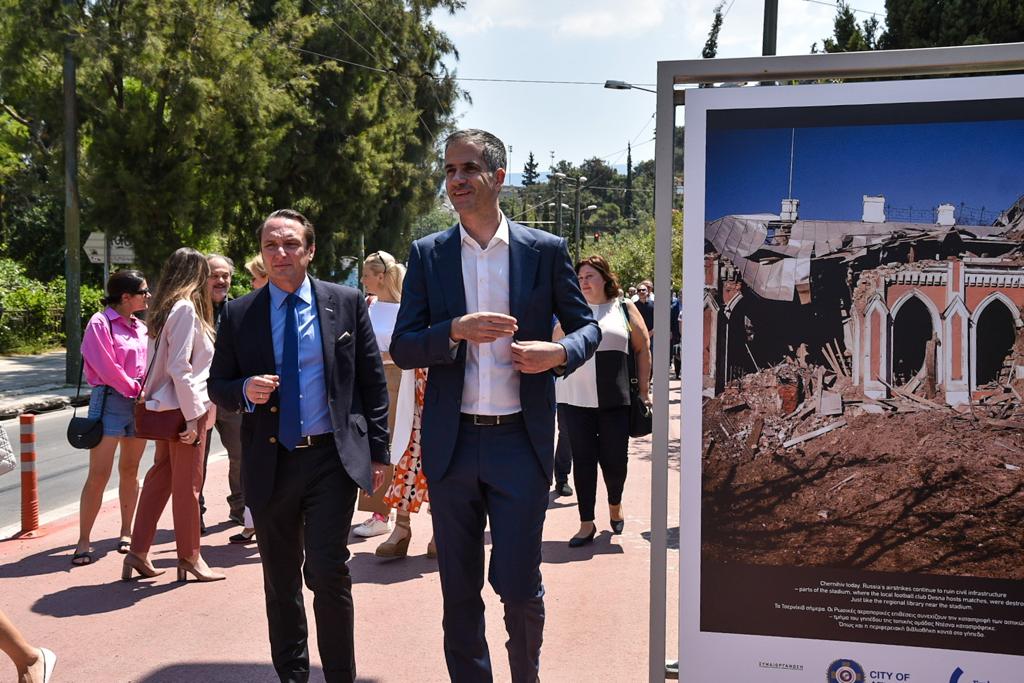 Ukrainian Ambassador Sergii Shutenko thanked the City of Athens for supporting the initiative.

“The mayor was right when he said that this exhibition should have never happened, like this war that is going on for more than 80 days,” Shutenko said.

According to the ambassador, while the Russian Federation initially claimed that the invasion was a special operation aimed at military installations, in reality “we now see a large part of the population displaced”, as shown in the exhibition. 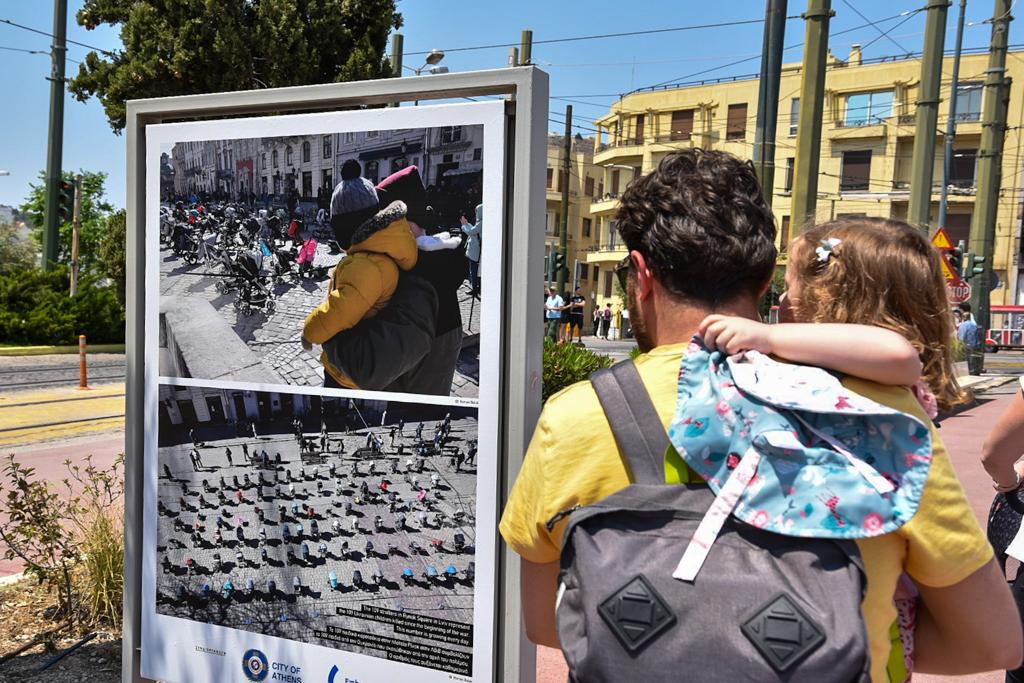 The “Ukraine: The war that should have never happened” photo exhibition will run until June 13.