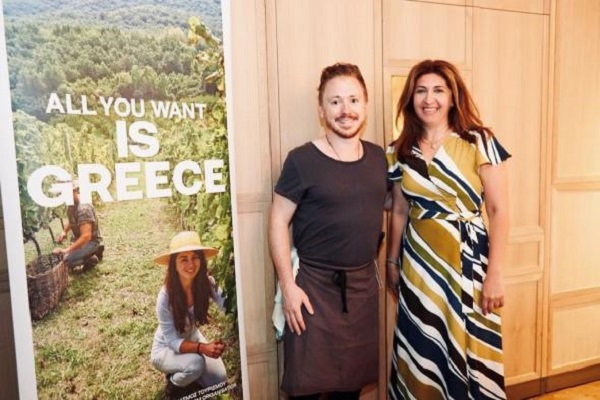 Chef Ollie Dabboous and GNTO Director in the UK and Ireland Eleni Skarveli.

The wine routes and varieties of four Greek regions – Macedonia, Peloponnese, Cyclades and Crete – were presented by Michelin-starred Chef Ollie Dabbous to foreign journalists during a gastronomy event that was held recently in London’s high-end “Hide” restaurant.

The Greek National Tourism Organization (GNTO) service in the UK and Ireland participated in the event titled “Undiscovered European Wines in collaboration with Ollie Dabbous”, that aimed to introduce and promote Greek wines abroad as well as connect wine with gastronomy tourism.

“All guests embraced this effort while agreements sealed during the event include two press trips and extended media coverage for Greece,” the GNTO said in an announcement. 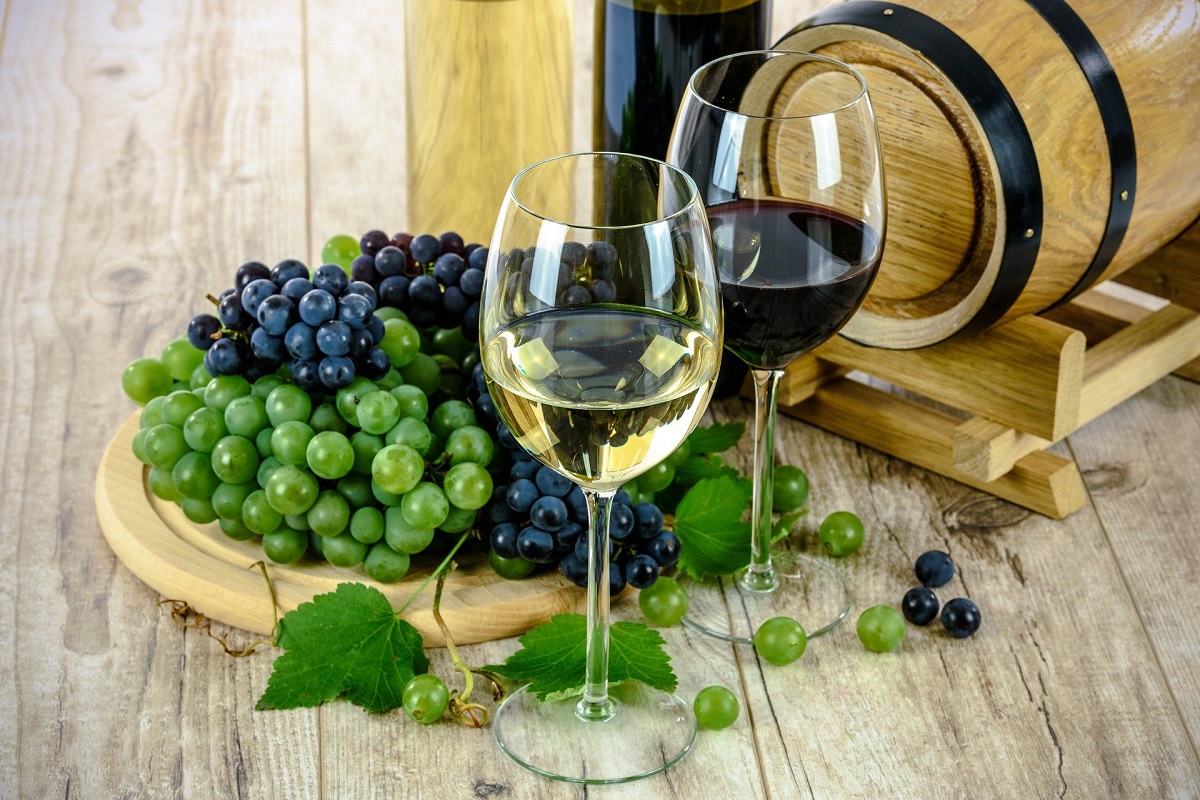 During the event, GNTO director in the UK and Ireland Eleni Skarveli informed participants on the organization’s special label for wineries that are open to visitors and distributed special maps promoting Greece’s four wine routes and wines.

In addition, Chef Ollie Dabbous referred to his experiences from his travels to Greece and the event’s specially designed menu inspired by the country and its different wine varieties.

After honing his craft in some of the world’s best kitchens, Ollie Dabbous entered the London food scene with his eponymous restaurant in 2012. Today, he’s at the helm of London’s Hide restaurant showcasing his iconic ingredient-led cooking in stunning surroundings.