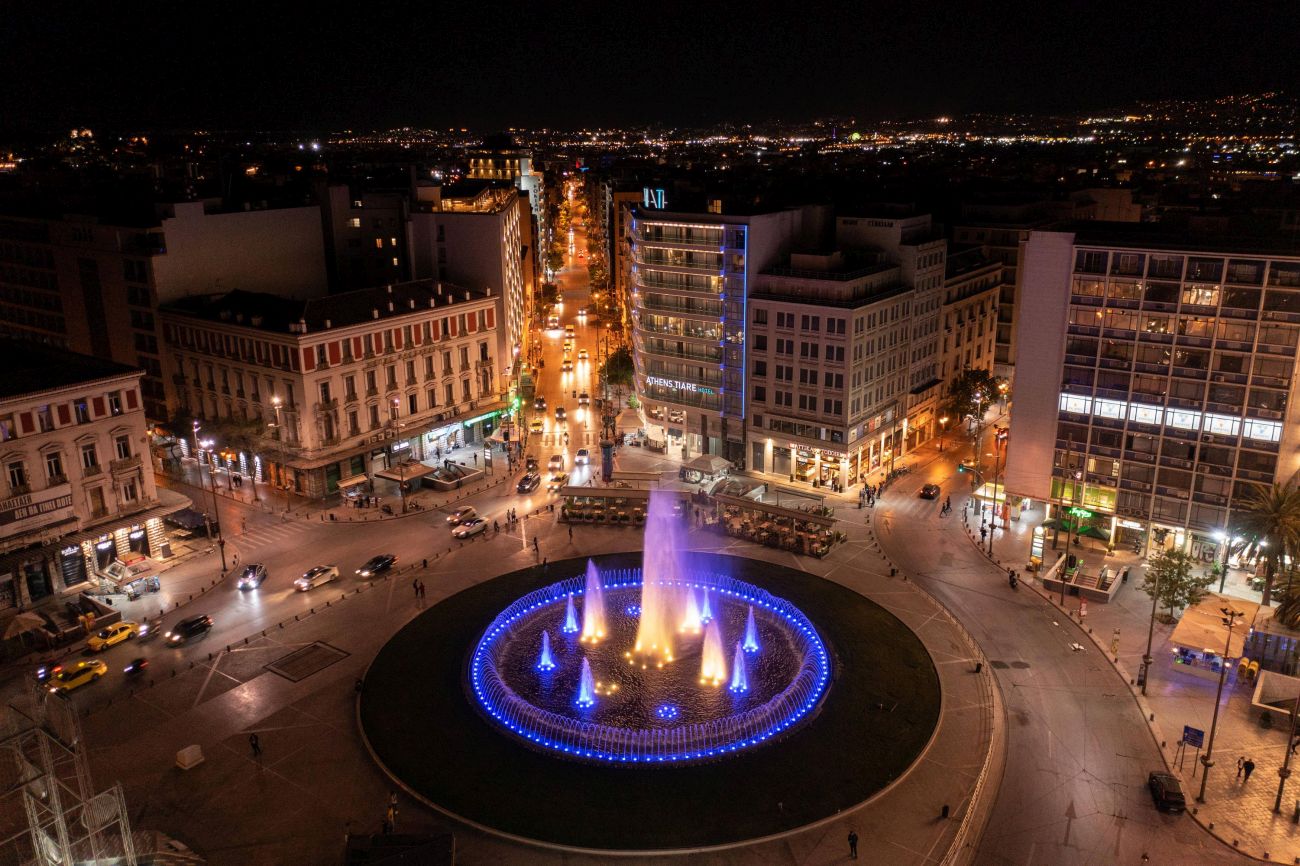 The fountain on Omonia Square in the center of Athens lit up on Monday night in the colors of the national flag of Ukraine.

According to the Municipality of Athens, the lighting of the fountain is part of the celebration of Europe Day and a sign of support for Ukraine.

Europe Day is a day celebrating peace and unity in Europe on May 9 by the European Union.

Europe Day commemorates a speech by French Foreign Minister, Robert Schuman, on 9 May 1950 which led to the creation of the European Coal and Steel Community the following year and became the forerunner of the European Union of today.